A recently received a couple of project watches that I haven't seen before.  Both are Hamilton Geneve models.  I suspect they are from the 1970s but they are also possibly not US market models.  I thought they would make an interesting blog post.

The first one looks a little like a Brock or a Brockton as it has a classic tank-style case.  The crystal is poorly fitted but if I take careful measurements I could likely get a decent-fitting replacement.  The bracelet is a one-size-fits-all model with spring loaded ends and you can see it's eating into the bezel lugs. 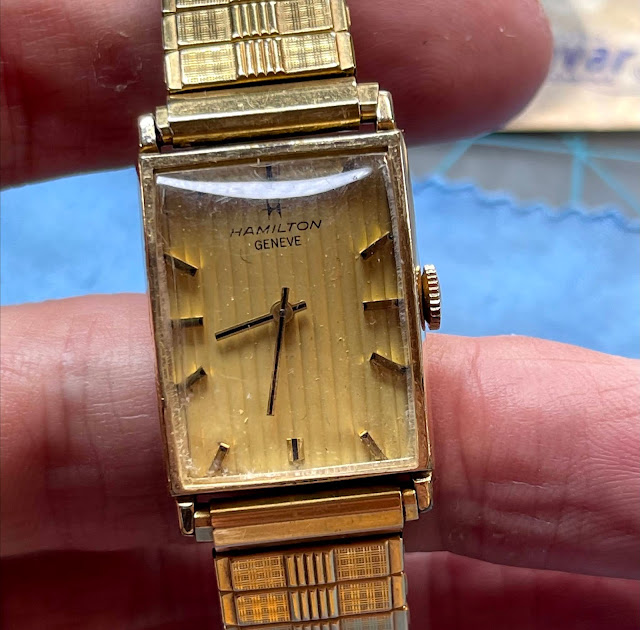 The case back is stainless steel and the indicated the front bezel is 10K rolled gold plate. 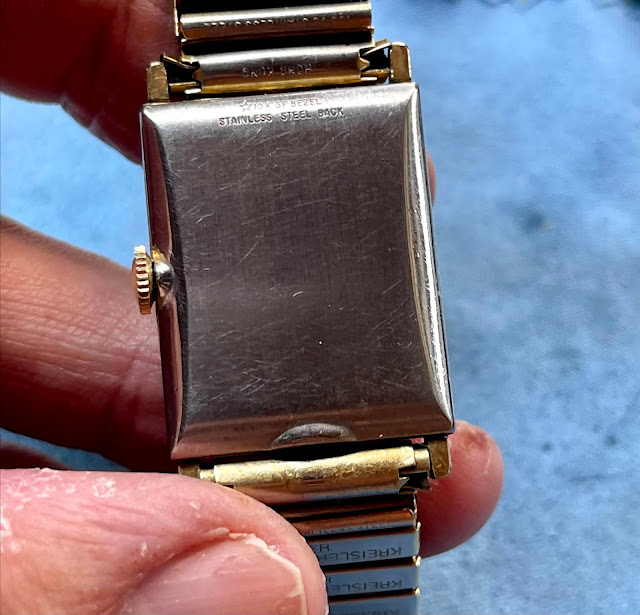 The dial is roughly trimmed on the corners... what's up with that?  The markers at 1, 5, 7, and 11 also look like they have been filed on the outer edges. 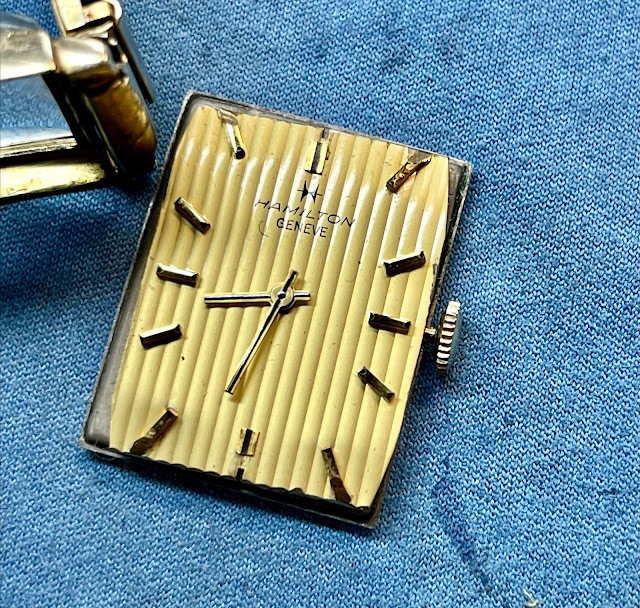 Behind the dial is a round 17 jewel 732 movement.  Just by looking at it I would guess it's an ETA design of some sort.  It's very small, about the size of a nickel, maybe even a penny. 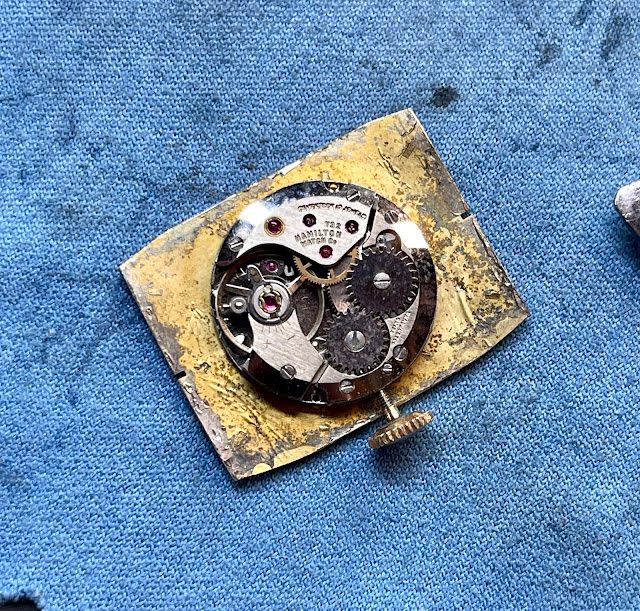 What the...?  The case back says Wittnauer and is for a differently shaped movement (also ETA, I bet).  This is definitely not an authentic model.  This is what some folks would call a Franken - as in Frankenstein - or a watch made up of different parts.  Sometimes it's also called a mule - part this model and part that.  Personally, I would call it a donor movement - as it's not worth working on it any longer. 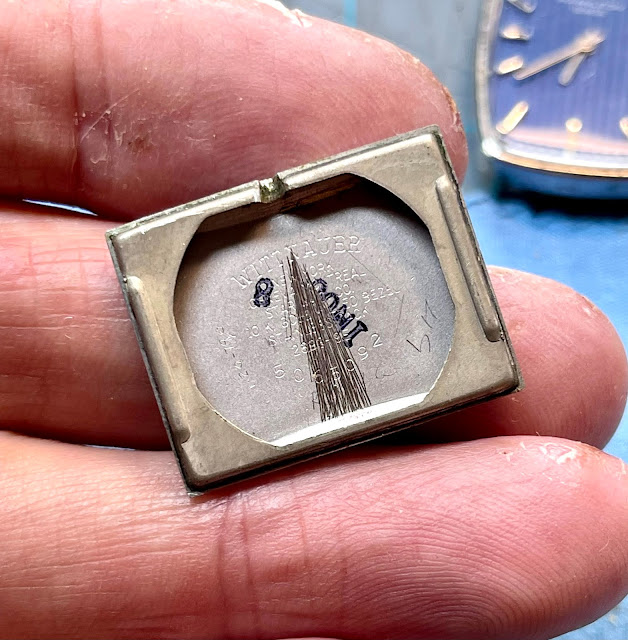 Moving on to watch number two... it's also a Hamilton Geneve.  I wonder what tricks it has in store for me? 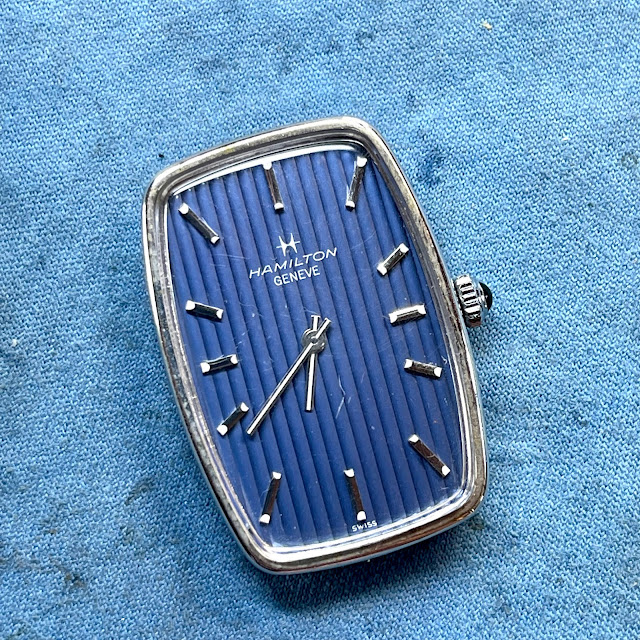 The crown on the side is a "stone crown" with a blue stone set into it.  Based on that I would wager that this is a lady's model although by 1940's standards it could be a large mens' model.  Of course, based on the styling it's definitely not a 1940's model. 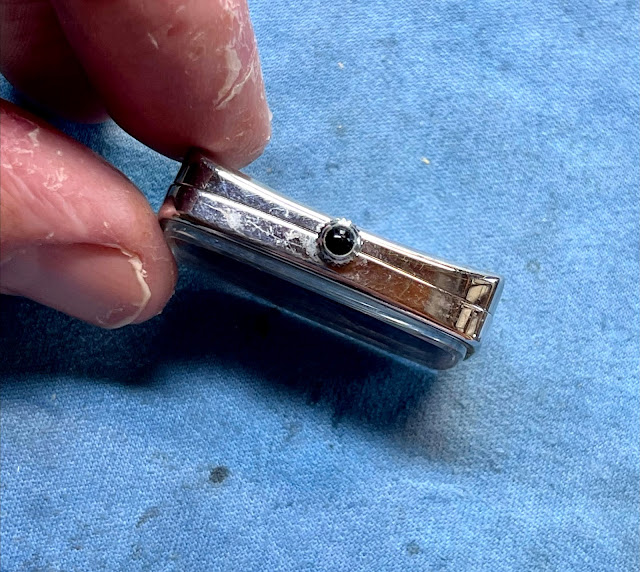 The case back has recesses for the strap spring bars.  The engraving says "gold electroplated bezel" so this is most likely a 1970s or possibly 1980s model.  That would be my guess, anyway.  I don't really know for sure.  What I do know is the model number is 732009-5. 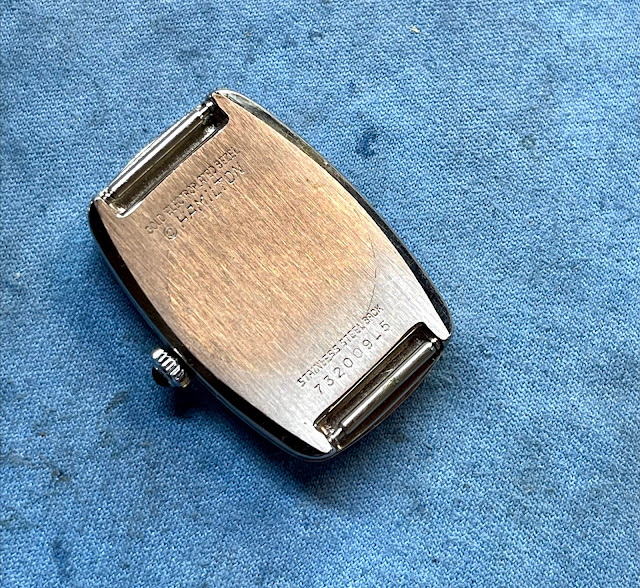 The watch has the same caliber inside, a 17 jewel 732 movement.  That's good.  If I run into any problems I can use the other one for a replacement part. 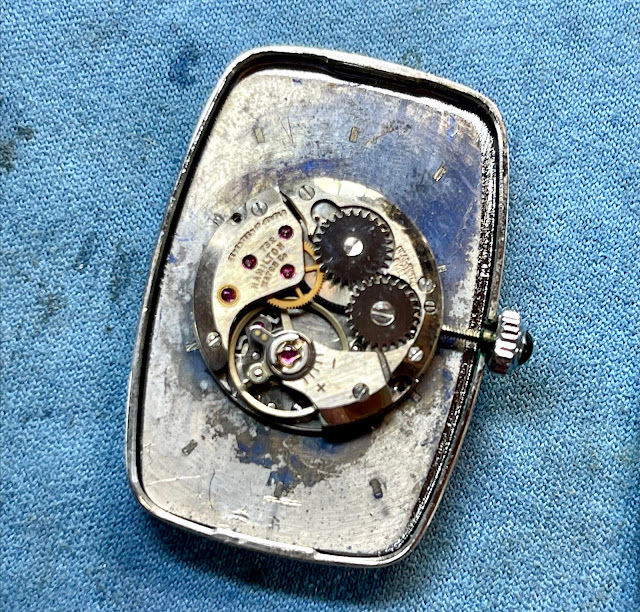 The inside of the case back say Hamilton Watch Co Swiss - so this is definitely a 1970s or later model.  However, it's also a legit model and worth restoring.  Notice the shape of the movement recess - it's round, just the way it should be. 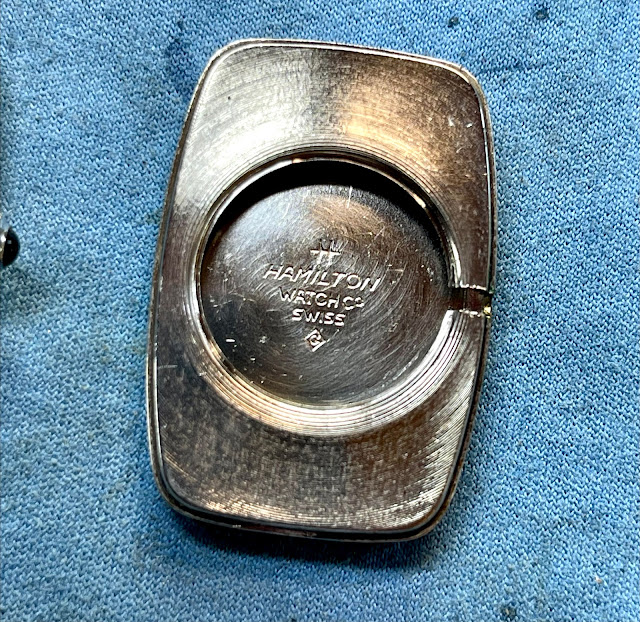 This movement is so small, it's a challenge to work on and I completely forgot to take photos of the process. But, here it is, all reassembled and ticking away with good motion. 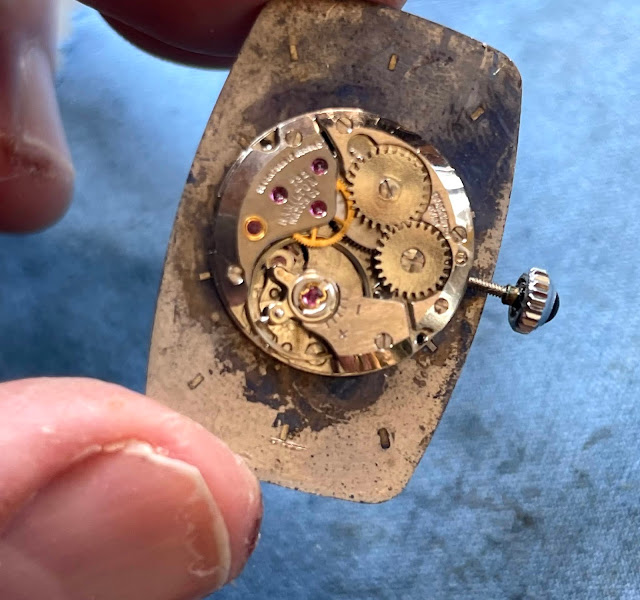 A couple of minor tweaks brings everything right in line.  This watch has a 21,600 BPH beat rate.  That's 6 beats per second rather than the typical 5 beats per second that pre-1969 models would have. 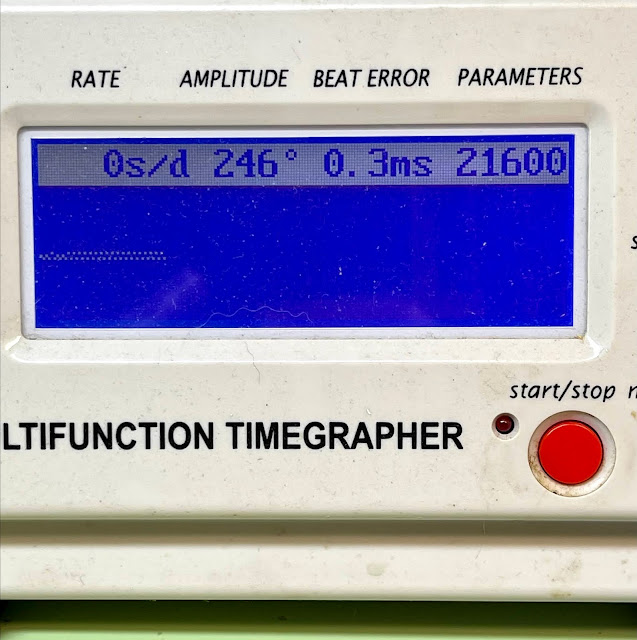 The bezel takes a 14mm strap and I only have one - a hot pink alligator and I think it looks pretty cool with such a bold, pin-stripe lady's model.  Something in white, light blue, possibly even black would probably be more appealing to most people.  But in this case, as Henry Ford would say, you can have any strap you want, as long as it's pink. 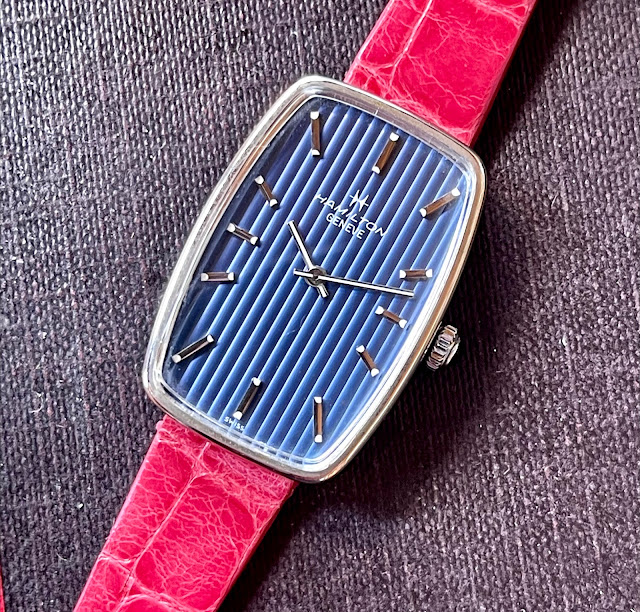