Did I mention I'm not a big fan of micro-rotor calendar movements?

I recently did a Dateline TM-5901 with a 629 movement and it was very challenging and established a new threshold for least favorite movement.  As fate would have it, I received another Thin-o-matic calendar watch and I was really, really, hoping it would have 624 movement but alas, it was another 629.  So it was another opportunity to validate if it's really my least favorite movement. 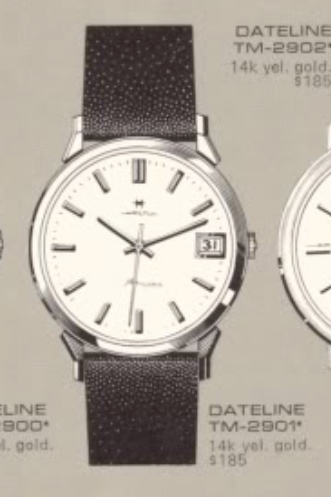 Tucked inside the model is the 17 jewel 629 movement based on a Buren 1281 platform.

As received the watch was in above average shape for an almost 50 year old watch.  The crystal is a little scratched up but a polishing should clear that up nicely. 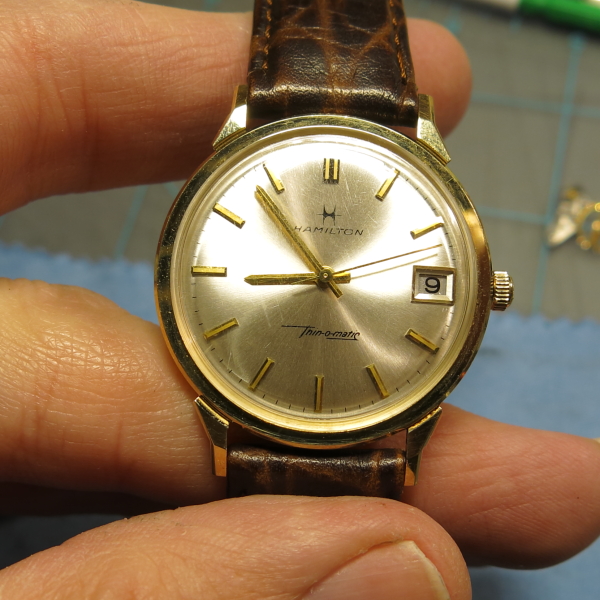 The back is engraved with a presentation from 1968. 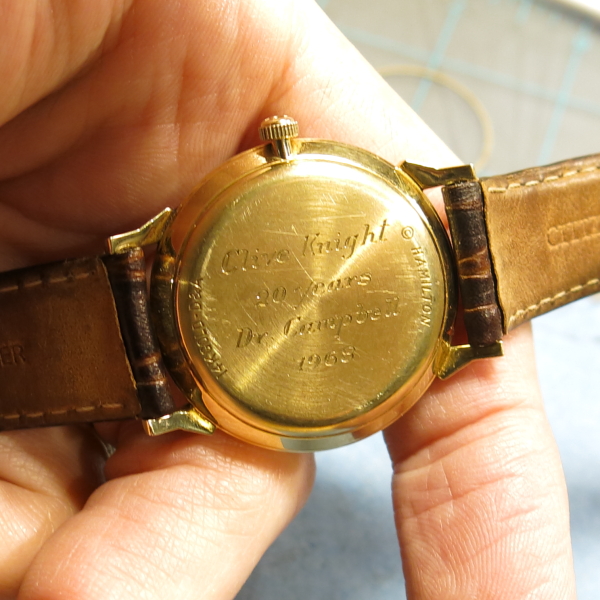 The 629 has a slight haze so it's probably due for a cleaning and oiling. 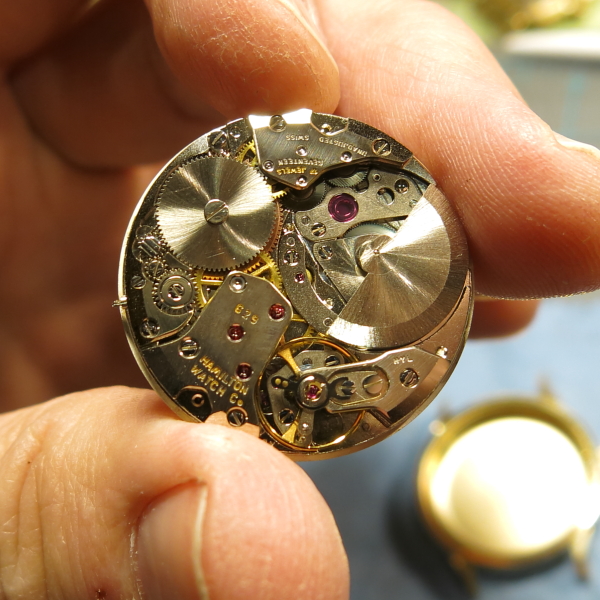 The only issue I found while taking the movement apart is the reversing wheel that's under the large pink jewel is missing a few teeth.  Missing one tooth usually isn't a big deal but missing three teeth is a lot.  I recalled that I had a donor movement so I can replace this part. 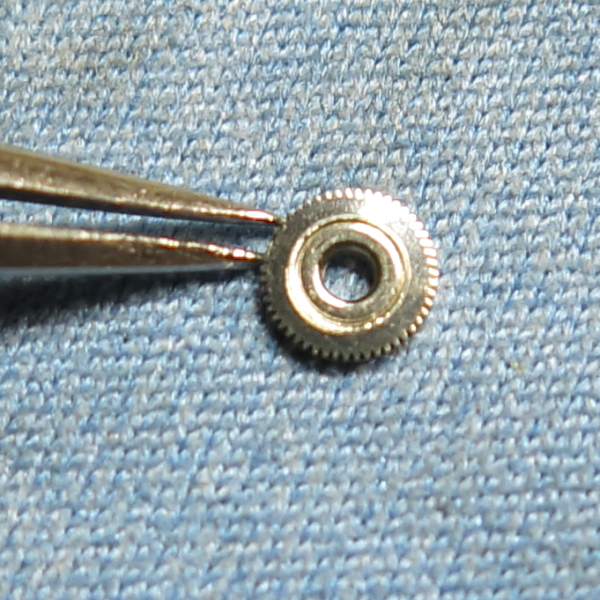 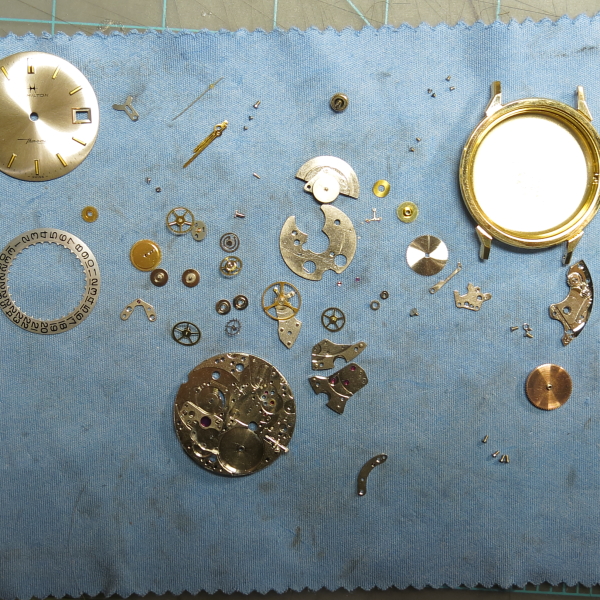 Oops.  You might be able to tell that the Incabloc shock spring for the balance cock jewels broke an arm off.  That means the upper jewel setting and cap jewel are not properly supported, especially in the dial up position.  I tried my donor movement but it's shock spring arm broke off too!  Grrr!! 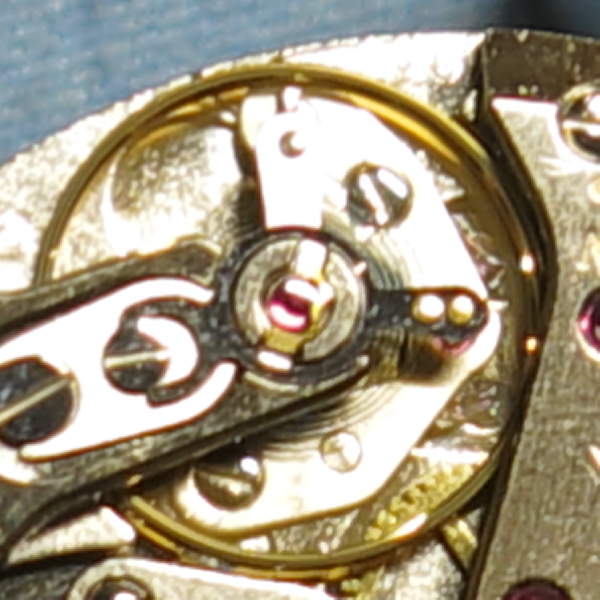 Why do I enjoy this hobby, again?

The watch is running dial down so I'll put it on the timer to see what it looks like. 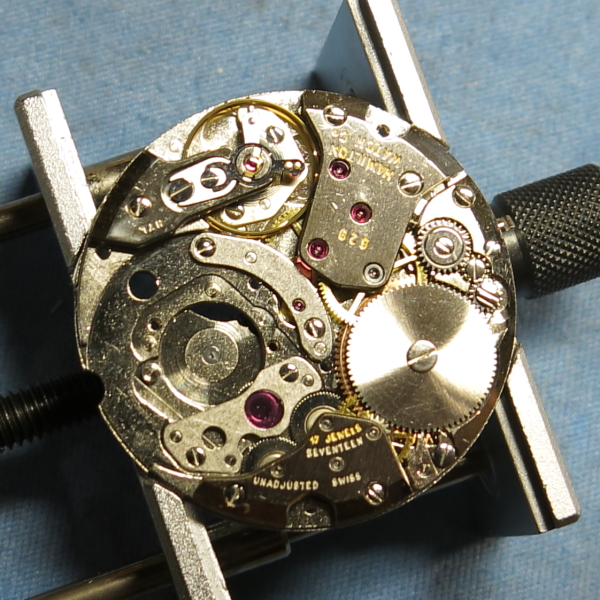 Looks pretty much spot on so that's a good sign for when I get a replacement Incabloc spring for the upper jewels. 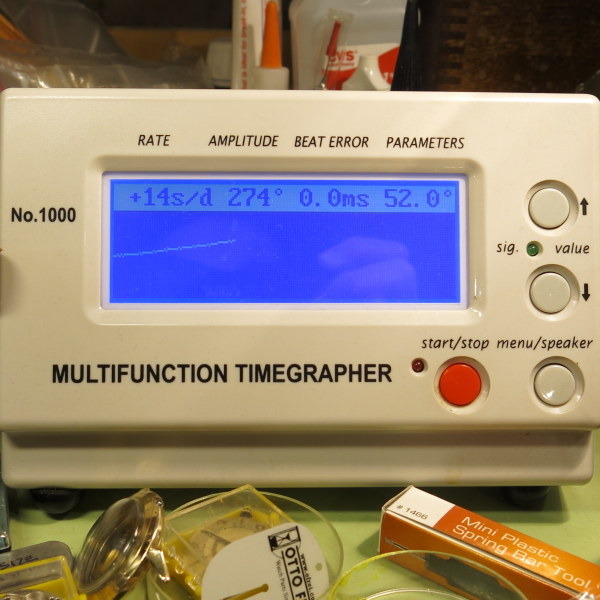 The watch runs about 4 minutes slow dial up but I reassembled it while I wait for the replacement parts needed to complete the balance.  It's a fine looking watch and, with the crystal nicely polished, this watch looks "factory fresh". 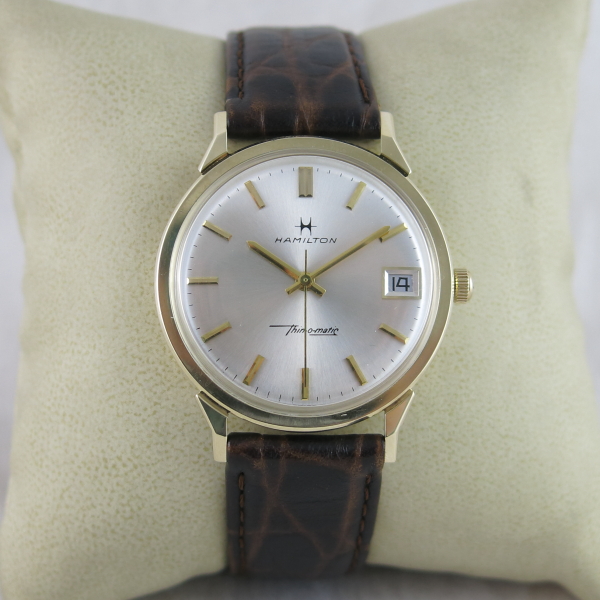 A friend of mine supplied me with a new Incabloc shock spring of the correct size for a Buren 1281.  The next challenge was to figure out how to install it.  In order to do so, I had to take the balance assembly fully apart and use my staking set to punch the shock setting out of the balance cock.

Just to give you and idea of how small these parts are, check out the shock jewel (my tweezer tips are pointing to it) compared to a dime. 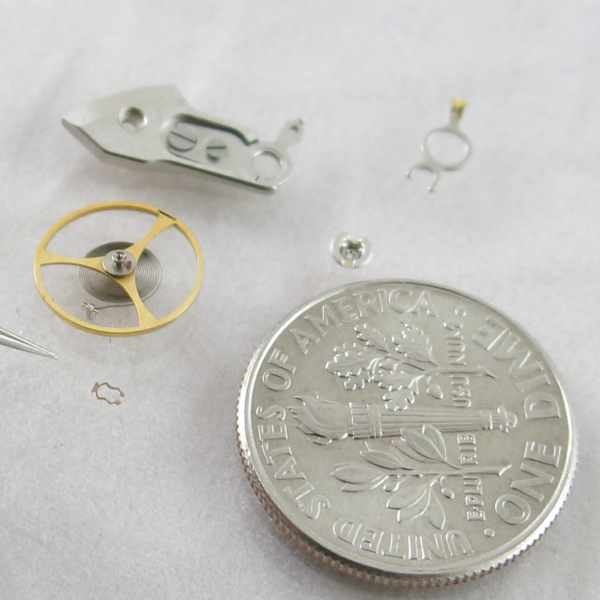 It took a while, and just about all of the language I learned in the Navy, to get it back together and running nicely.  In the shot below everything is just as it should be. 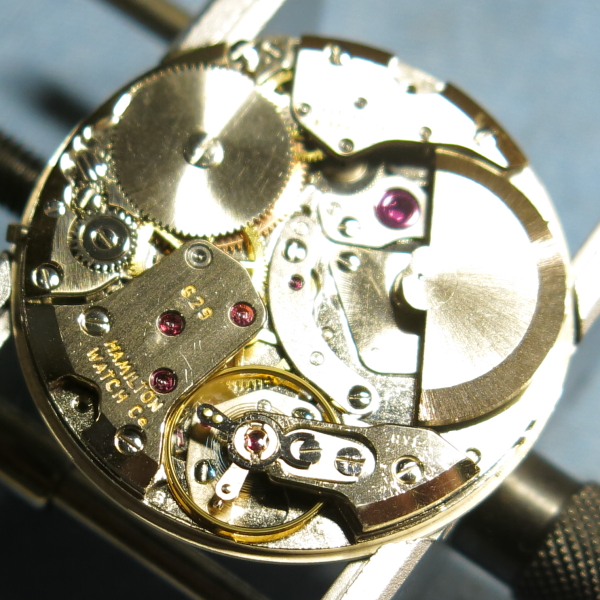 After the watch ran for a while, I realized the minute and hour hands were not moving.  Will this blasted movement ever release me from it's evil clutches!

To fix that I needed to remove the train wheels again and tighten the hub on the center wheel.  This is a "goldilocks" setting and it needs to be just right... not too tight, and not too loose.  Too loose and the hands don't move.  Too tight and it's hard to set the time.

It took me three tries to get the friction just right.  Unfortunately, while reassembling the final screw for the crown wheel, it flipped from my screwdriver and disappeared into the ether.  After about two hours of cleaning my workshop, it was not recovered.  It's a left handed thread and, like all the other parts of this watch, not something that I can scavenge from another Buren grade.

So, now I need to order a replacement but at least the really hard part of this overhaul is complete.