It's funny how some rather ordinary looking models can be harder to find than very similar looking models.  A great example is the 1961 Glendon.  Up until recently I had never seen one - although I thought I had lots of times in the past.  Every time I spotted a Glendon, it turned out to be a 1965 Martin.

The Glendon was introduced in 1961 and produced for two years.  Based on the Hamilton catalog, it was about as basic as you could get... round with an all-numeral dial.  You could get it on a strap for $45 or a metal bracelet for $55.  That's about $450 in today's dollars so although this was an entry-level Hamilton model, it was not inexpensive. 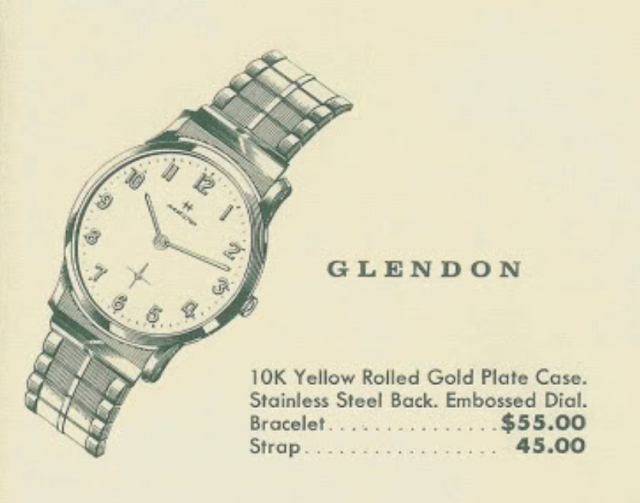 For comparison, here's the catalog image of the 1965 Martin.  It was only made for a couple of years as well but I've seen quite a few of them in the wild.  Can you spot the differences? 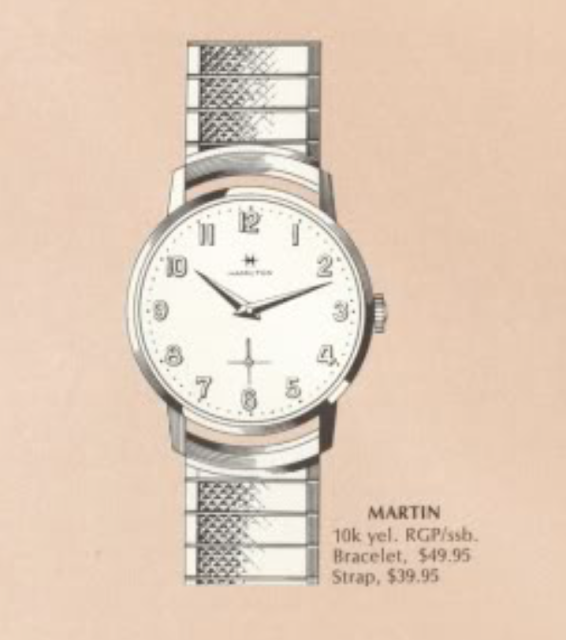 Based on the artists' rendering of the two models, the biggest difference is the dauphine hands on the Martin vs the baton hands on the Glendon.  The shape of the lugs is also slightly different with the Martin being a smidgen more angular.

You could also use the movements to identify the two models.  The Martin uses a Hamilton 686 Swiss-made movement and the Glendon uses the earlier Hamilton 673.

As I said at the start, I recently had the opportunity to see a Glendon first hand after a fellow collector sent me theirs for an overhaul.  Seeing it in person, another obvious way to differentiate a Glendon from the Martin is the Glendon has a textured dial with a unique radial finish.  The Martin's dial is textured too, but with vertical stripes. 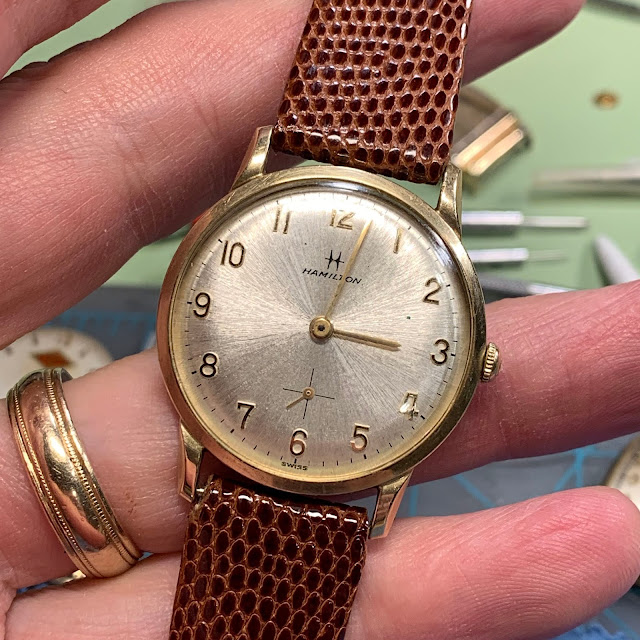 The case is a two-piece design with the stainless steel back popping into the 10K rolled gold plated bezel. 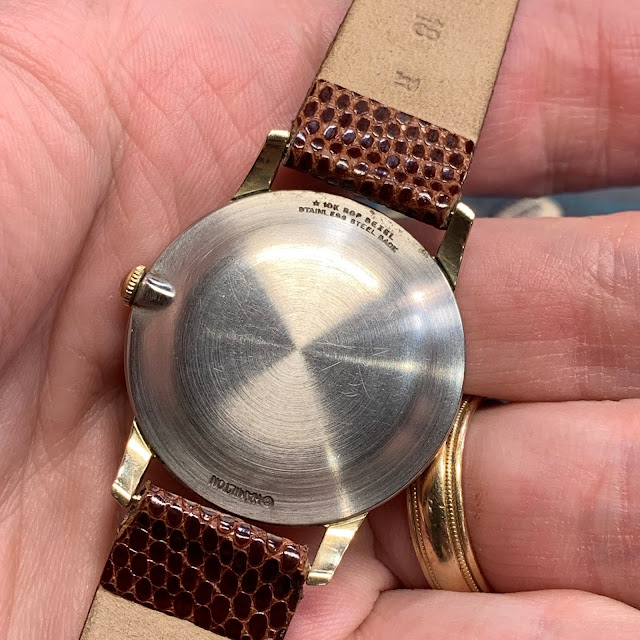 Once the bevel is removed you can lift the dial and movement out of the case back.  This is a complicated dial, I bet it would be difficult to get this dial refinished correctly. 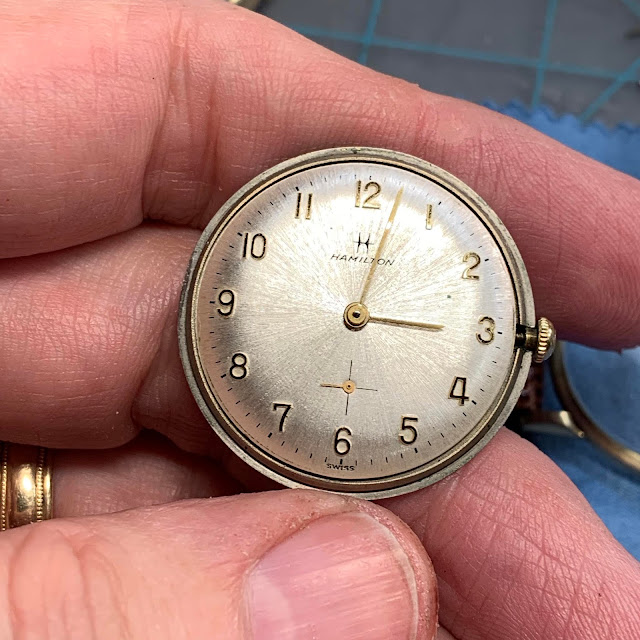 Although I don't see any past service marks inside the case, this movement is in surprisingly nice shape. 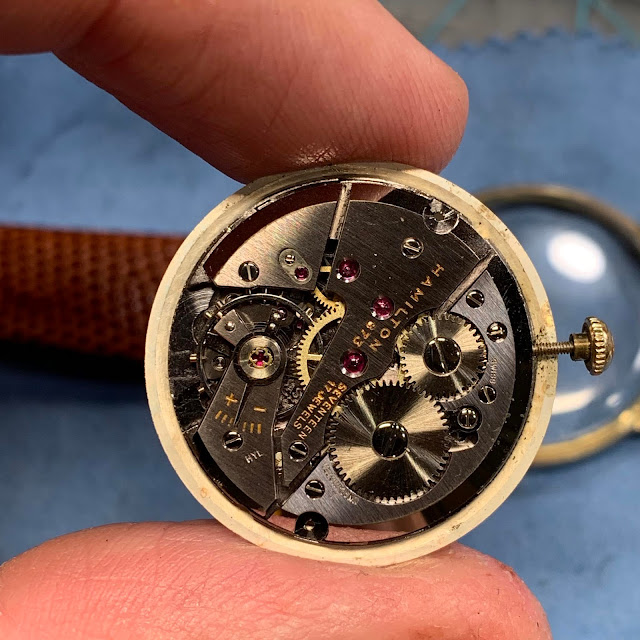 I tried to polish the crystal but there are still some very fine wavy scratches or crazing.  It doesn't look terrible in front of the dial but a new crystal will be better. 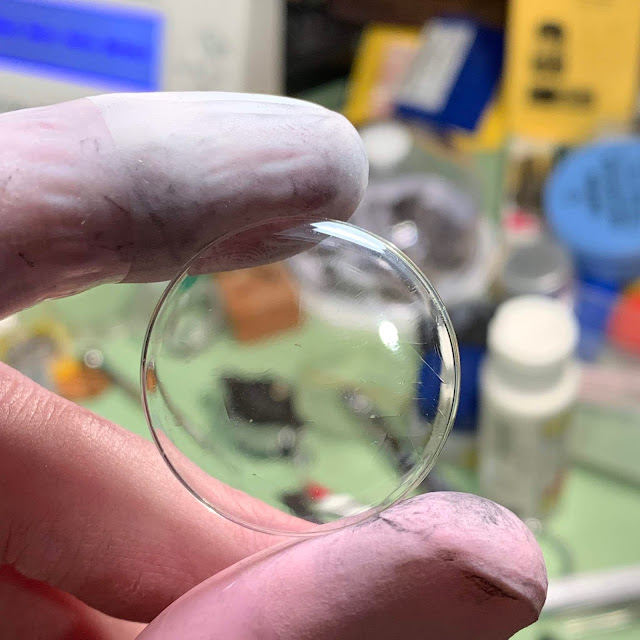 30.1mm should do the trick.  I'll use a PK style low dome crystal since this is a very thin watch with low profile hands. 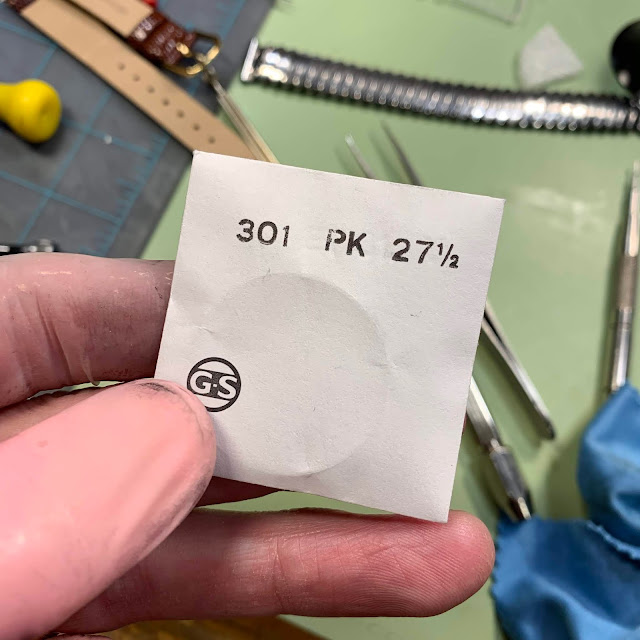 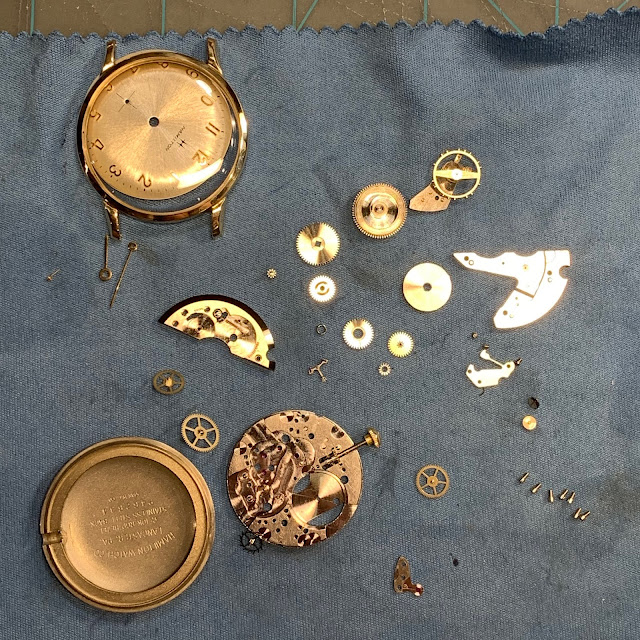 Although the watch looked clean before, if even more shiny now that it's been to the spa.  It's now back together and running with a good motion. 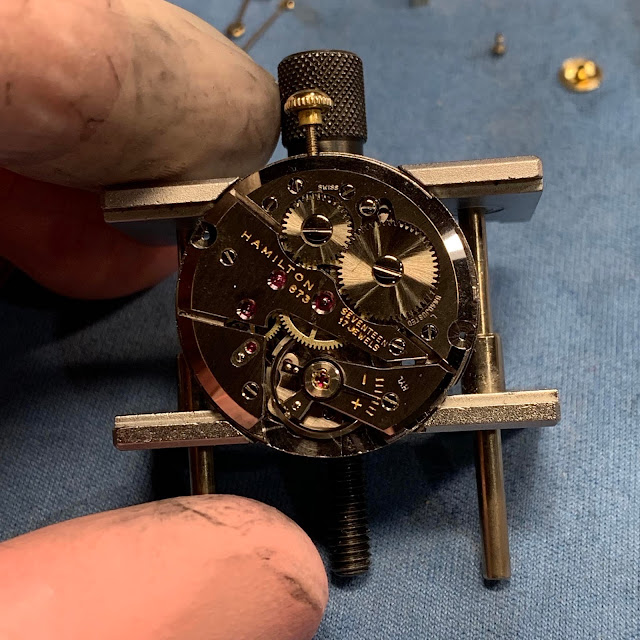 Not too shabby, let's speed it up just a little bit. 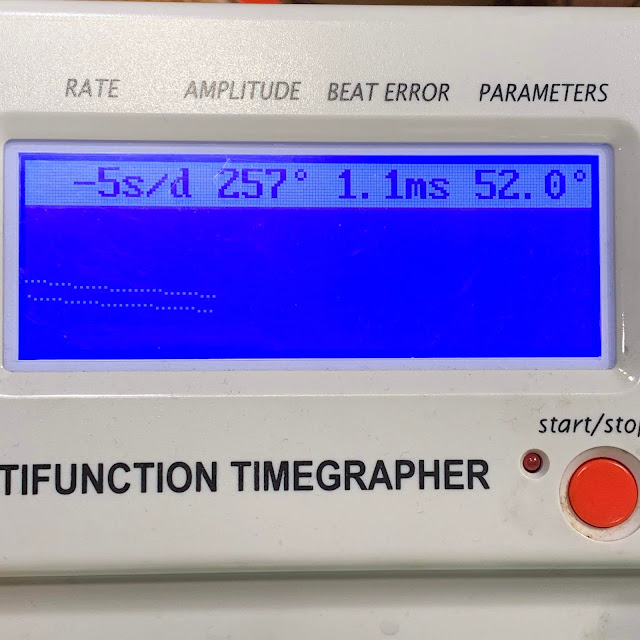 There... that will do nicely,  Nothing to complain about with this almost 60 year old watch. 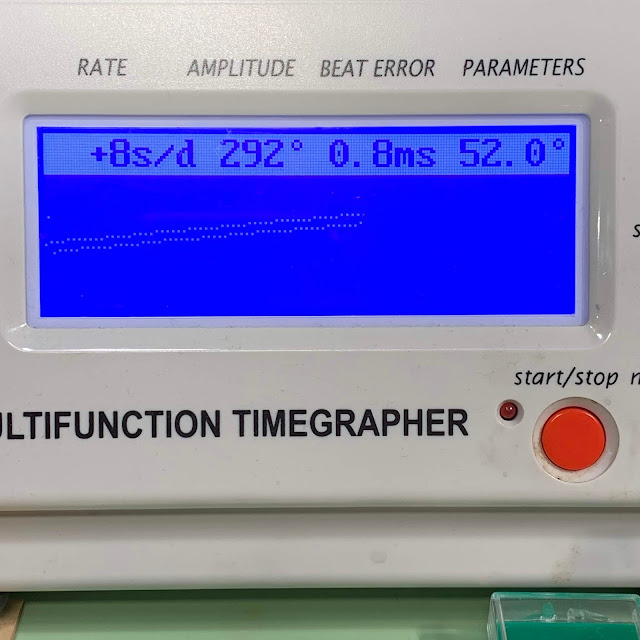 I'd say a little spit and polish went a long way toward making this Glendon look and run like new.  It's a nice looking watch, I'm surprised there aren't a lot more out there. 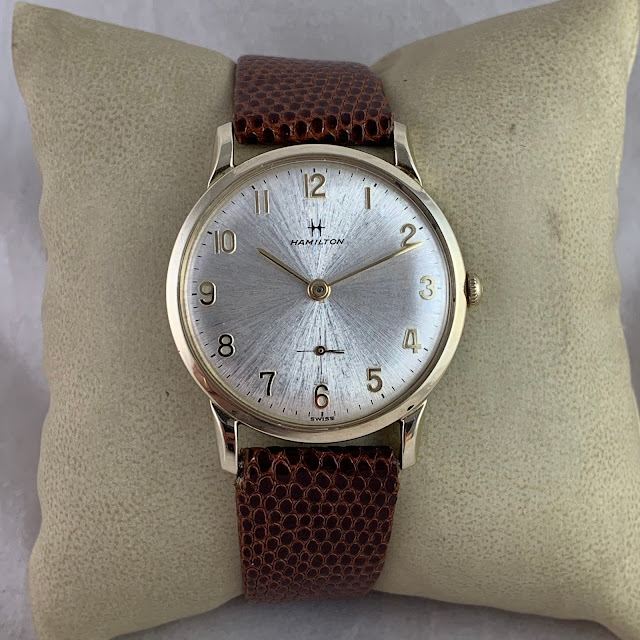