Some projects take longer than others.  I recently set a personal record.  I purchased a 1959 Dawson in serious need of TLC at least two years ago - possibly more, and I finally finished it.  I don't really remember how long I've had it, it's been that long.

The Dawson was introduced in 1959 and made for three years.  It was available on either a bracelet or a strap, the former added $10 to the purchase price.  I don't think I'd call it a rare model but it's not a model that I've seen terribly often either. 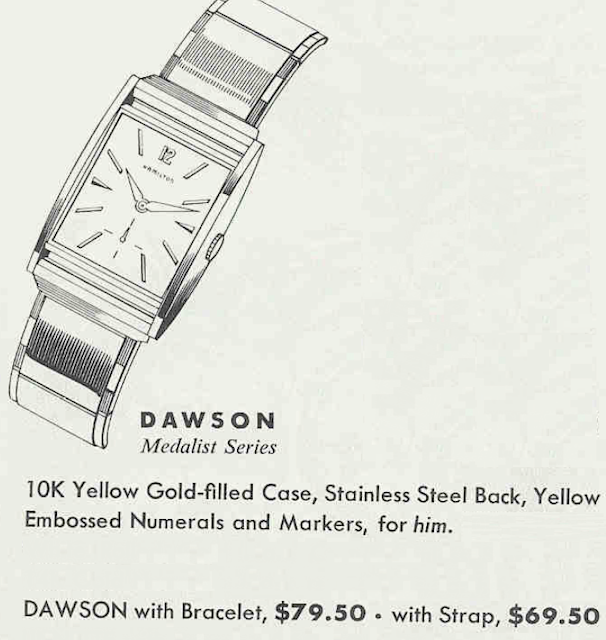 The Dawson is interesting because it's as basic as you'll find for a US-made Hamilton watch.  The two-piece case has a 10K gold filled bezel with a stainless steel back.  The dial has embossed markers and numerals (vs applied gold numerals).  The movement inside is a Lancaster-made 730.  It's definitely a no-frills model but it doesn't have a rolled gold plate (RGP) case or a Swiss-movement inside either.
As I said, I purchased my Dawson quite a while ago and I was hoping I could just clean it up until I realized the dial actually had quite a bit of finish loss.  When it comes to embossed dials, getting them redone properly can be very problematic.  The old finish is mechanically stripped and that aggressive process usually softens all of the embossed features.  More times than not, I haven't been happy when I get an embossed dial redone.  As a general rule, I've learned to avoid purchasing watches with embossed dials if it's obvious they will need to be refinished. 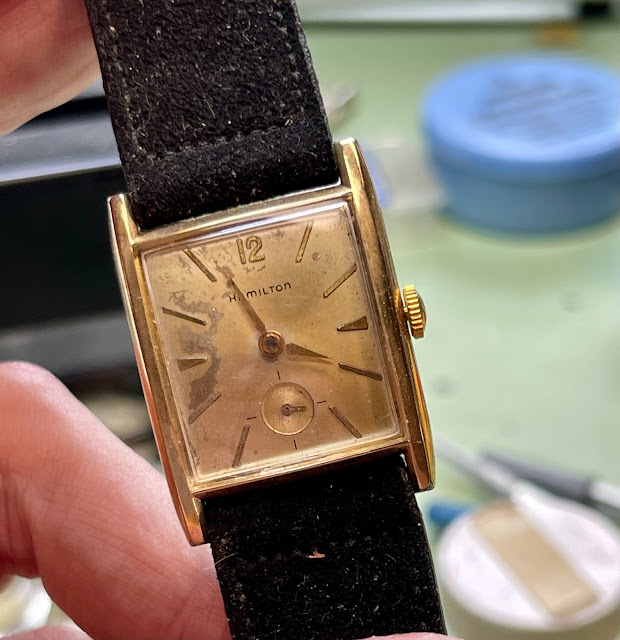 Overall the case is in great shape. 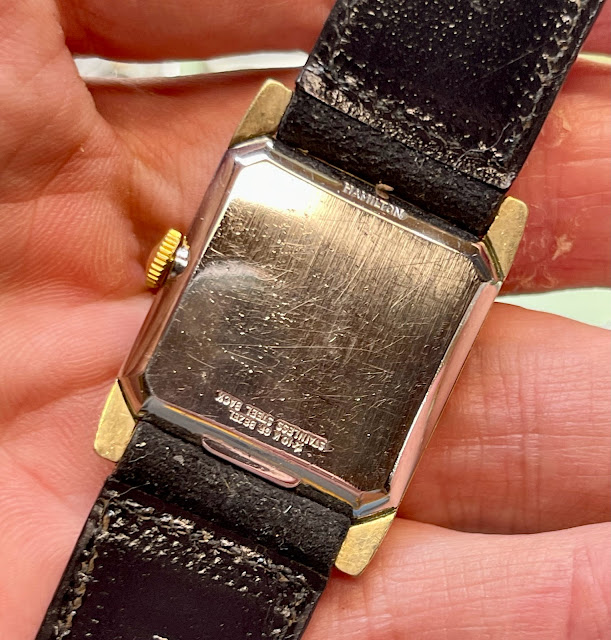 I used to use a dial refinishing company regularly but the company changed hands a while back and between that, Covid, and poor customer service, I lost faith in getting dials redone in general.
That said, I heard about another company, L&S Dials, in California.  I decided to give them a try and sent them a couple of dials, including this Dawson. 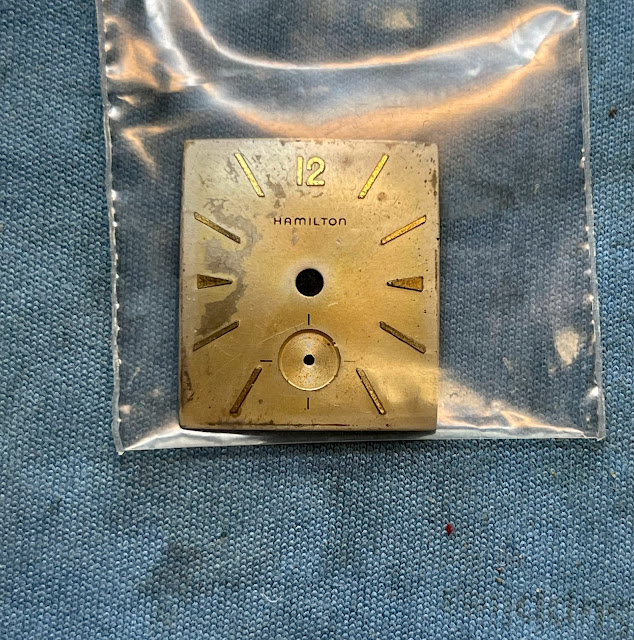 The 730 movement is essentially an improved 747 movement.  The 747 came out in the late mid 1940s and in 1955 it was improved with shock jewels at the balance.  In the early 1960s the 730 would be improved again and become the 731 with the addition of a glucydur balance (no timing screws).
I like working on these 8/0 sized movements - they almost reassemble themselves. 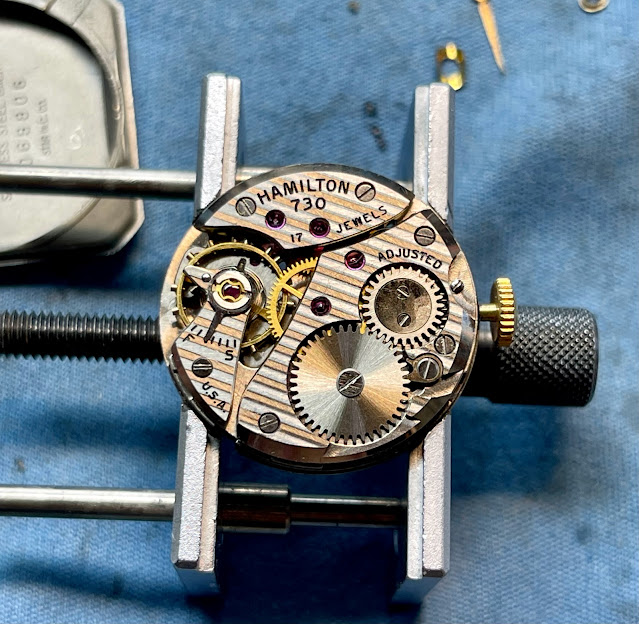 Everything is cleaned and dried.  The most challenging part of cleaning these movements is to not lose the tiny balance jewels by accidentally flipping them into the ether like a miniature tiddywink. 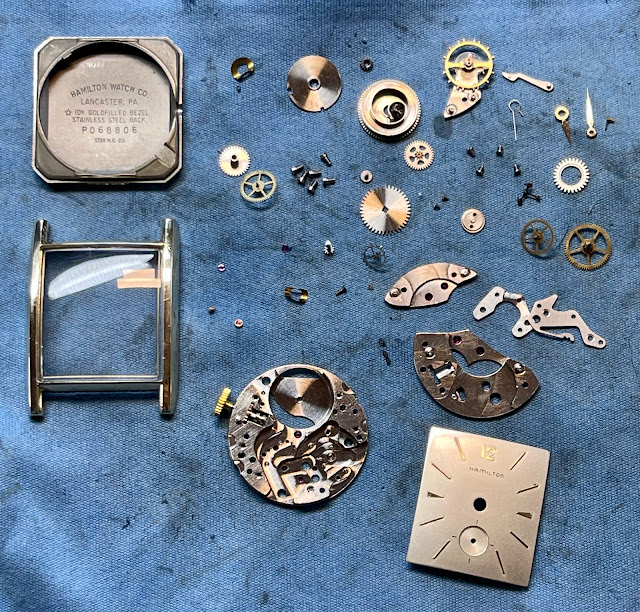 Lucio Hernandez at L&S Dials took about a month to get my dial back to me.  I think it looks very good overall and is excellent for an embossed dial.  The edges of the markers are generally crisp and much better than my previous experiences.  I would have no reservations sending another dial to L&S Dials.  If you'd like to use them too, check them out on Instagram at @lsdials or contact them at:
L&S Dials
14175 Saint Tropez Ct
Moreno Valley. CA 92553 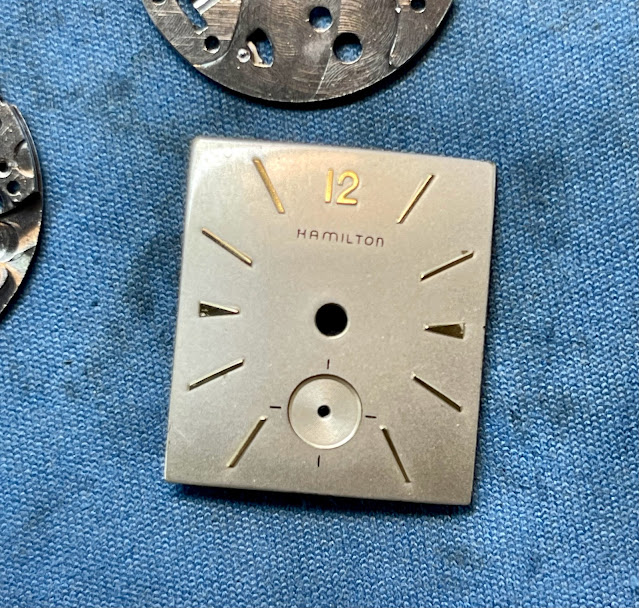 The reassembled movement is looking great and ticking away with a good motion. 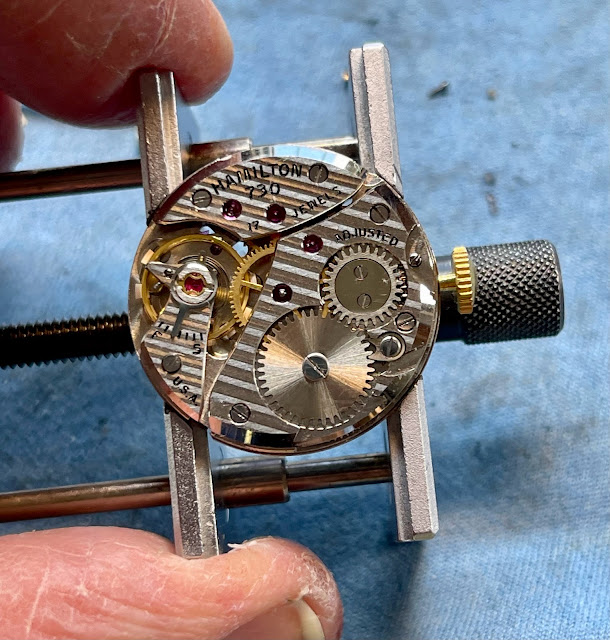 Rats... the beat error of 6.1ms is well outside of my personal specs.  This metric measures how well centered the balance is relative to the pallet fork.  When the balance is centered with a beat error of zero, it will swing equally from one side to the other.  A higher beat error means it swings further on one side than the other - and that implies that the watch will stop sooner than a movement with centered balance. 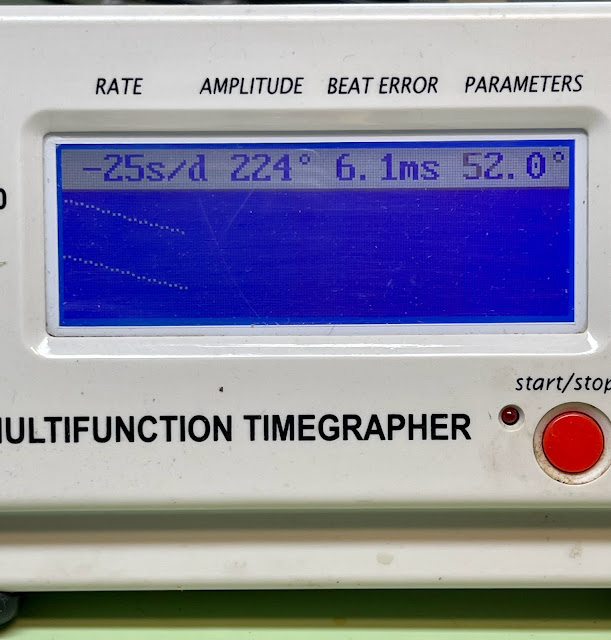 Adjusting the beat error requires rotating the hairspring on the balance staff so that the position of the impulse jewel changes relative to the position of the hairspring stud on the balance cock.  It's a tricky intervention that could easily go sideways and result in damaged hairspring if you're not super careful.
In my case, I was lucky (or was I good?) and nailed it on the first try.  Now I just need to adjust the regulator and speed up the beat rate slightly. 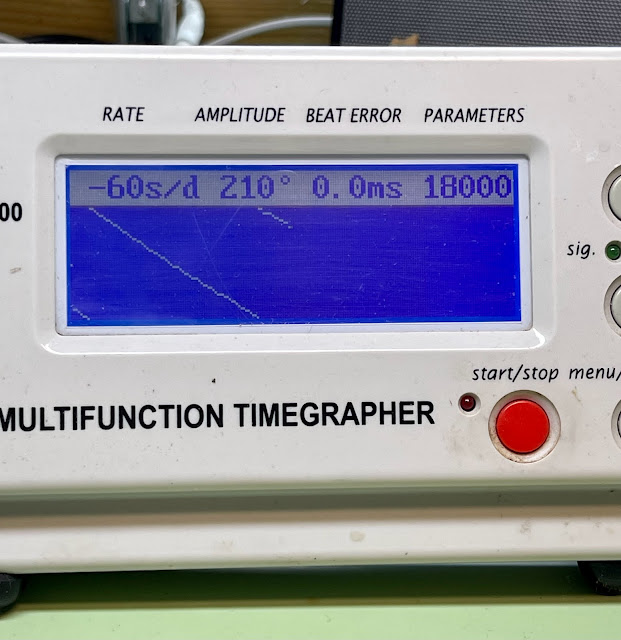 It doesn't take too much of an adjustment to change the beat rate so it took a few attempts to get it dialed in to +12 sec per day.  I'll leave it here as it will probably settle down as the watch runs. 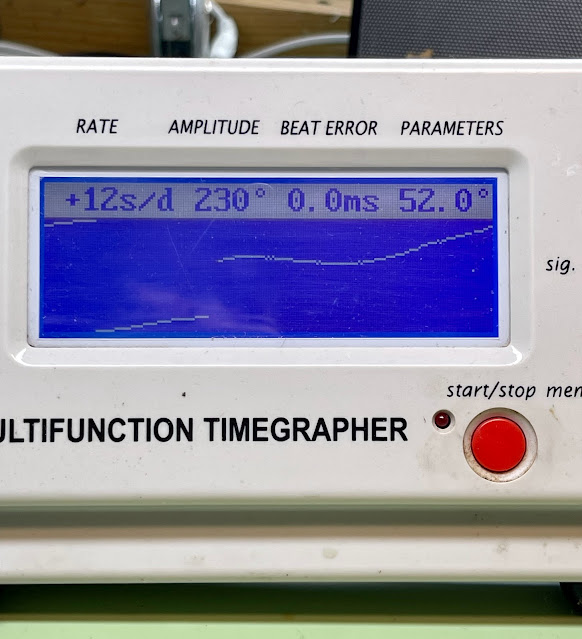 The finished watch looks and runs great.  Like most vintage watches, the Dawson isn't very large.  However the lug width is 3/4" or 19mm so it presents larger that it really is.  It's also quite thin so overall I think it's a very sleek and stylish choice as a dress watch. 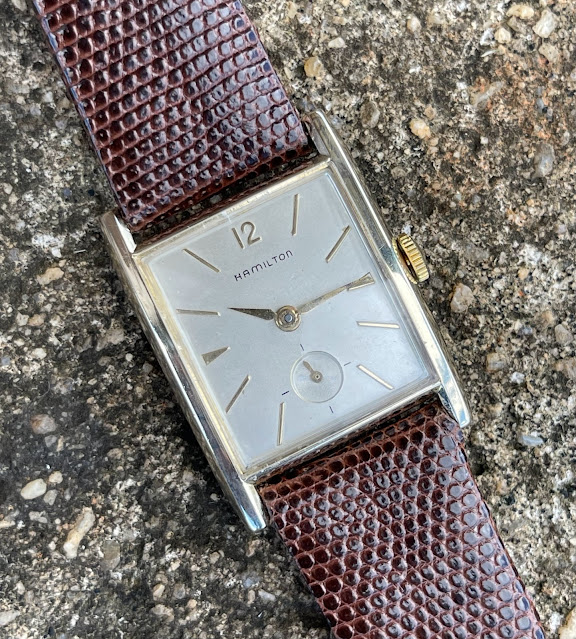