Hamilton's line up of asymmetric watches is full of very popular models.  Some of Hamilton's asymmetric models sell today for well north of $4,000!  Many of them are Electrics but a good portion of them are manual-winders or automatic models too.

Electric watches are very special, to be sure, but they're a little too complicated for me to work on and require specialized skills that most watchmakers are not familiar with.  So, you aren't going to see many Electric models on my blog - if any.  I don't even like changing the batteries in them, to be totally honest.

The good news is there are a bunch of manual and automatic watches that you might eventually see me post (although most asymmetric watches are way out of my price league).  One example I've already shown is the Sea Ranger

As another example, I recently purchased a Lord Lancaster C - it's a mechanical asymmetric watch.  It was introduced in 1963 and produced through 1969, when Hamilton ceased manufacturing in the USA. 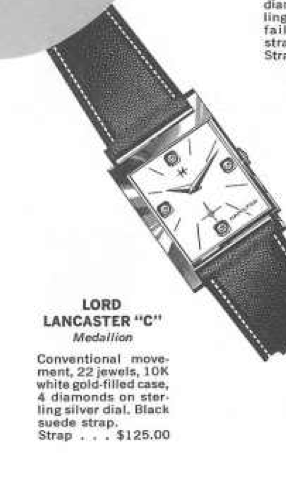 The Lord Lancaster C looks very similar to another asymmetric model called the Blade, which was introduced in 1962.

As you can see, the Blade looks very similar (especially in black and white) although it only came in a yellow gold filled case.

The Lord Lancaster C that I purchased came with a rather funny story.  I saw it posted on a "buy it now" price that was a real bargain - as this watch routinely sells for north of $500.  I also knew the seller and I thought he may have made a mistake in selling it... so I bought it so no one else would get it first.

As it turns out, he recognized me by my eBay ID too - and I could tell he had some seller's remorse in selling it.  So I offered to overhaul it for him, fix it up, post it on my blog and send it back to him.

So, it ended up being a win-win for both of us!  I get to say I've owned a Lord Lancaster C (and show it to you) and he gets a much improved watch that he can keep or sell (hopefully for top dollar).

Anyway, here's what I started with... it was mighty dirty and needed some serious cleaning. 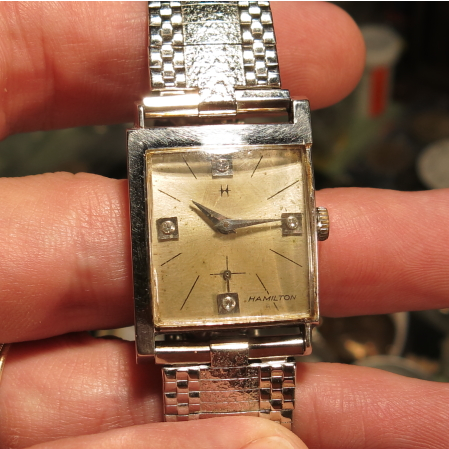 The inside of the watch was equally dirty and although the 770 ran, it was definitely in need of some TLC.  The white gold filled crown was also very worn... it's amazing what a difference a new crown can make in the appearance as well as in winding a watch. 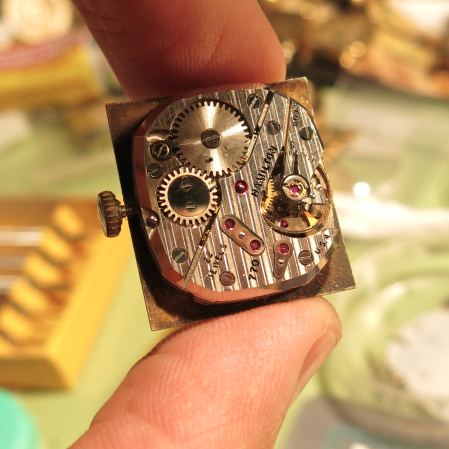 The dial was pretty dirty.  It's hard to tell if some of the diamond hour markers are crooked or not.  They're riveted on and could potentially be rotated but that's risky business to attempt.  This style of hands is call "dauphine". 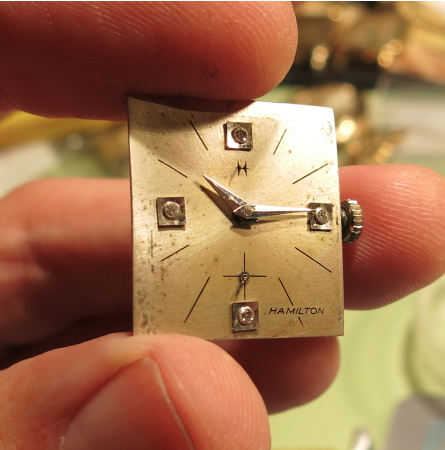 With the dial removed, a close inspection of the back side shows some grime from the past 50 years of use but no other indicators of past refinishing.  That's good, as original dials usually clean up much better than refinished dials. I'll spare you the blow by blow details of disassembling and reassembling a 770.  If you're curious you can see me do it here.  However, this 770 went back together very smoothly and was easily regulated to keep very good time.  The shot below of my timer shows the watch runs slightly fast with good amplitude (well north of 200 degrees).  The beat error is a little high but I don't like messing with that on this style of balance so I'll leave it as-is. 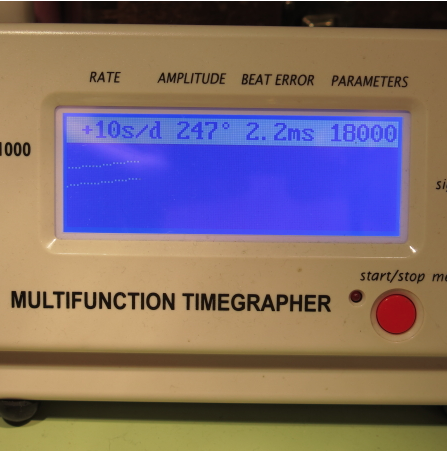 And here it is all cleaned up.  The expansion bracelet is not original to the watch.  This watch really should have a black suede strap.  However, I did have a nice lizard strap to match it to at least for the photos.  The crystal still needs to be replaced - I have one on order - and once it's installed this watch will be ready to go back home. 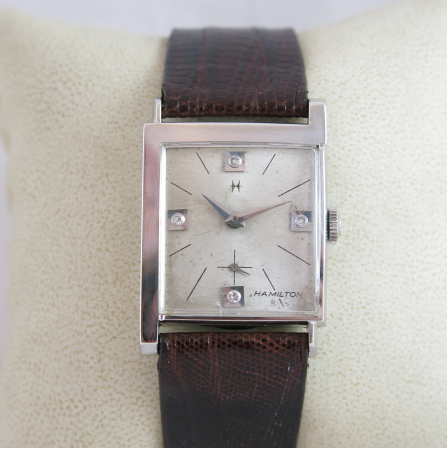 I think the dial cleaned up okay but it's certainly not "new" looking.  You have to know when to stop with cleaning dials because there's a very fine threshold between "clean" and "ruined" by losing all the printing.

This shot below of the watch from the right side shows the newly installed Hamilton crown with the H logo - a vast improvement over the other crown.  It looks and functions great. 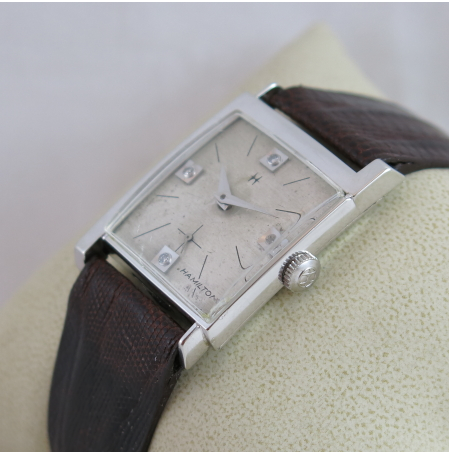