It's a gross understatement to say the Great Depression was a challenging time in American history.  People complain about how tough times are today but we collectively still enjoy benefits from the lessons learned by our ancestors in the 1930's.

If you watch shows or movies from the 1930's you will often see signs posted about the "NRA".  Today you might think that was the National Rifle Association but in reality it was the National Recovery Administration.   The NRA was a U.S. government agency established by President Franklin D. Roosevelt to stimulate business recovery through fair-practice laws.  Part of the objective was to employ more people while also controlling costs.   If people couldn't afford to buy things, then manufacturers couldn't afford to hire employees.  If manufacturers didn't hire employees, then those folks couldn't afford to buy things, and more manufacturers wouldn't hire employees.  A vicious spiral could draw the entire country into poverty... and it pretty much did.

The economic principles behind the NRA and other Depression-era policies may seem obvious today but for the first 160 years of our nation's history the federal government's involvement in economics was limited.  The NRA was declared unconstitutional by the Supreme Court in 1935 but the idea that keeping people working so they could spend money to keep the economy going still exists today.  How much of a role the federal government should have in that process is debatable.

It's also interesting to note also that in the early 1930's, the Civil War had taken place 70 years prior and there were still Civil War veterans in people's families, not too much unlike how World War II is still a part of our social identity today.

You're probably thinking, "yeah yeah, that's great but what's that have to do with Hamilton watches?".

Well, Hamilton was not immune to the Great Depression and as a high end producer of fine watches, they were also subject to the policies of the NRA.  In fact, two new models were introduced in 1933 and later changed in 1934 to provide quality Hamilton watches at a price point lower than Hamilton's prior minimum price.  Those models were named the Grant and the Lee, after the opposing generals of the US Civil War. 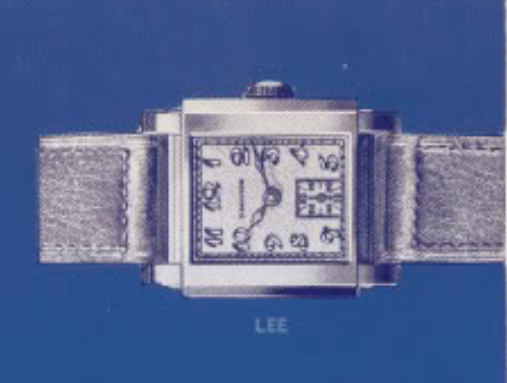 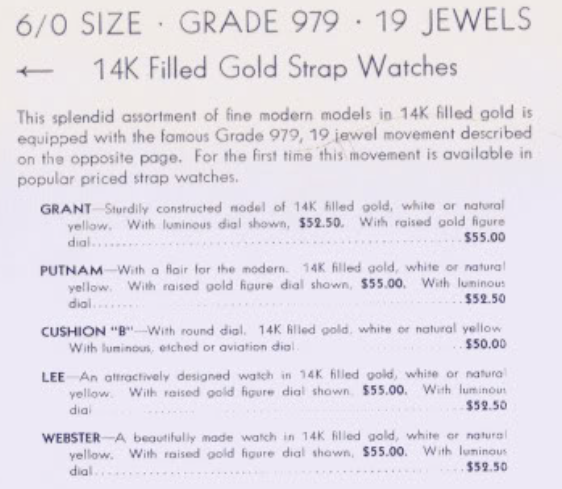 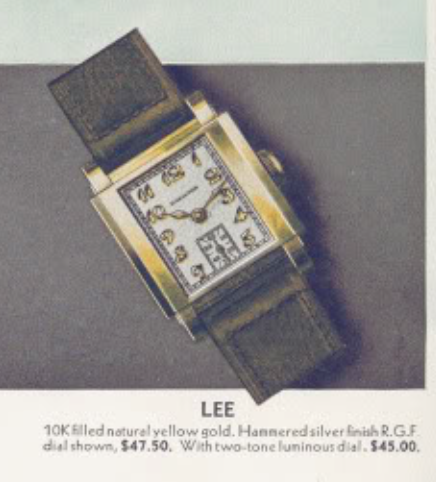 I recently received a Lee project watch from a fellow collector friend of mine who needed some help.  As received, it was in typical shape for a Lee and that means it showed a lot of case wear and gold loss over the base material on the wide lugs.  This model is very hard to find without wear-through - in fact, if you find one without wear it could very well have been replated.  The crown on this watch is an obvious incorrect replacement.  It's not terrible but it looks a little clunky to my eye. 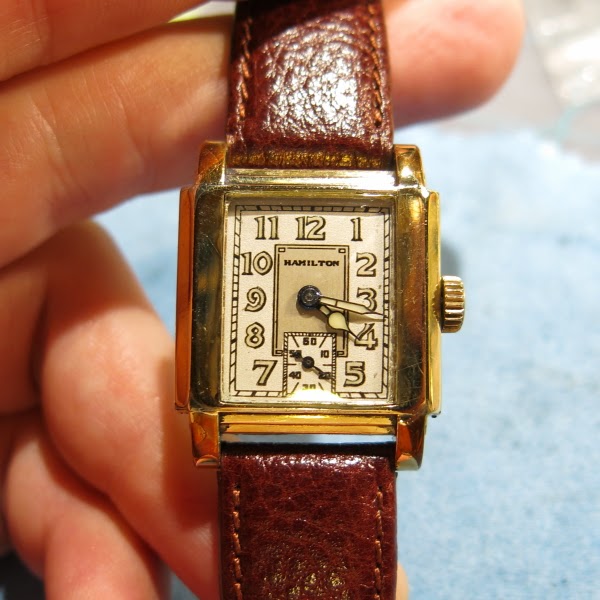 The back of the watch also shows a lot of gold loss to the edges and corners.  This could be repaired by a talented goldsmith with a laser-welder if the wear is too extensive.  The case back is marked 14K gold filled. 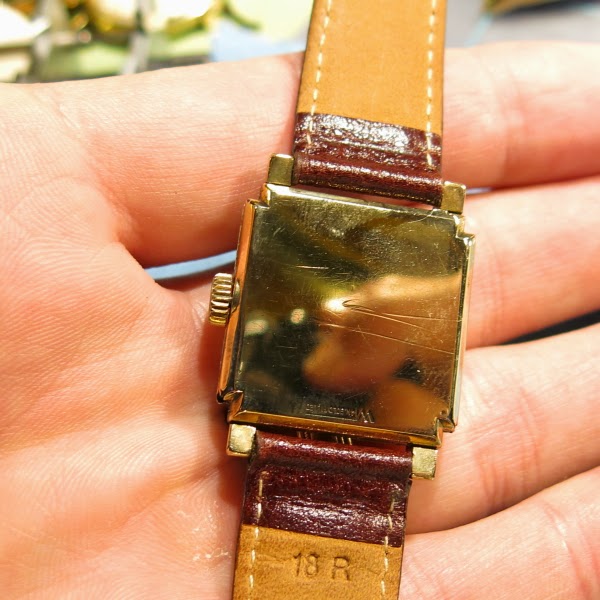 This watch has a 19 jewel 979-F movement.  The 979F movement was standard issue in solid gold models - and it's interesting that it was also installed in the 1933 Lees as well as several other gold filled models. 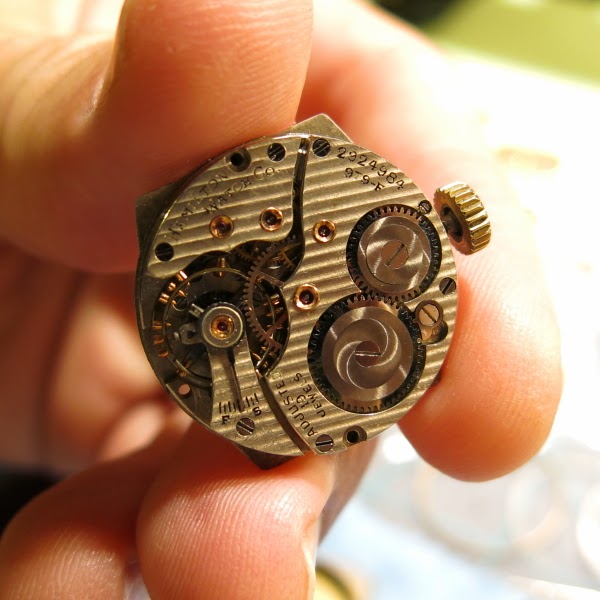 The dial has been professionally refinished.  You can tell because (a) it looks super nice compared to the condition of the case and (b) there's a little notch by the stem indicating it was redone.  It looks great though so there's no issues with a refinished dial when it's redone correctly. 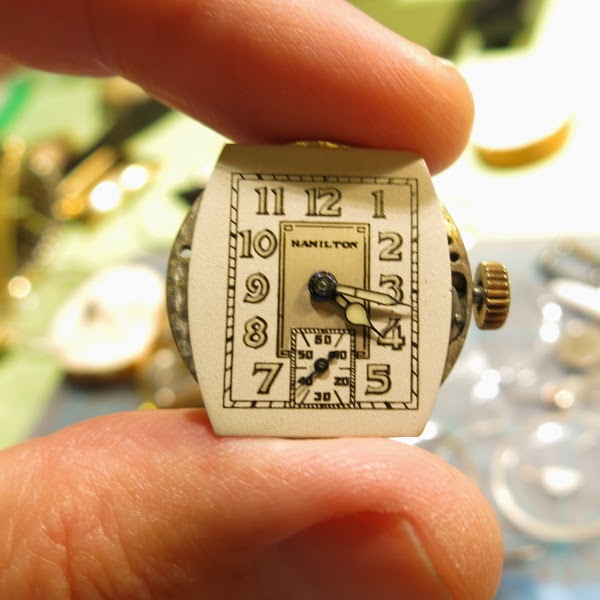 This case is designed to accommodate a dust-proof crown.  This style of crown has a flange on it that will fill the hole in the case.  Without the flange, the stem has no support and the movement can actually rotate slightly in the case, causing the dial to look askew relative to the bezel opening.  That's one of the issues with the clunky crown - it's not a dustproof style. 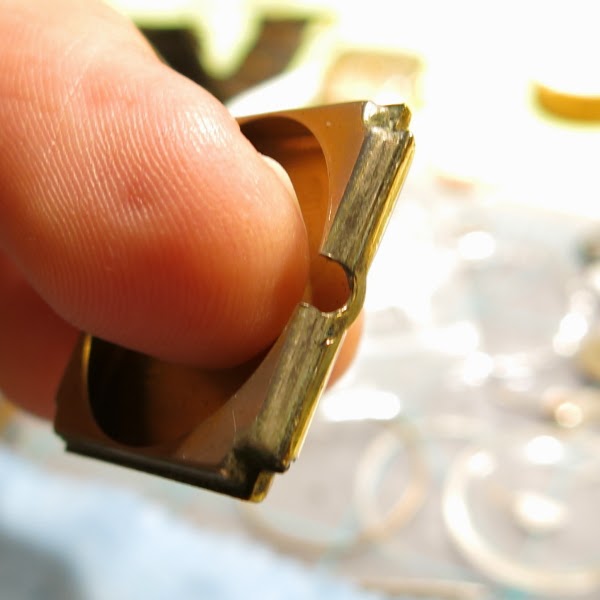 The movement's mainspring is obviously set.  This will dramatically reduce the length of time a watch will run. 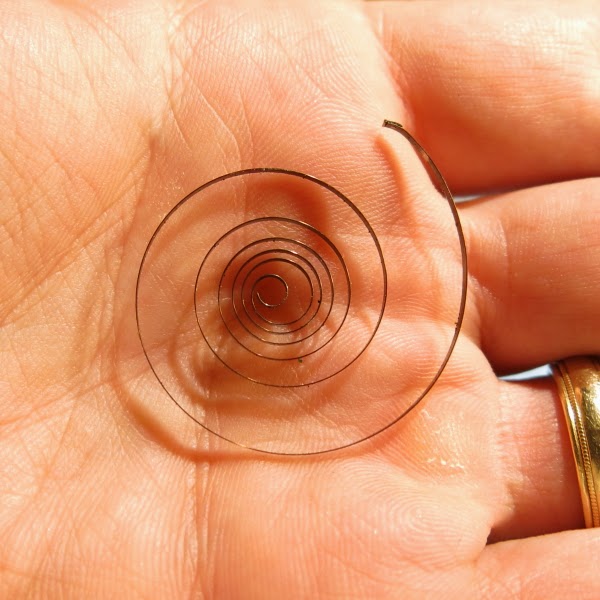 The 979 is a 6/0 movement and shares a lot of parts with the 987 but for some reason it has a slightly different mainspring.  Personally I don't think the differences between the 987 and 979 mainsprings are that dramatic - but I happen to have a 979 mainspring to install so I will use that, regardless. 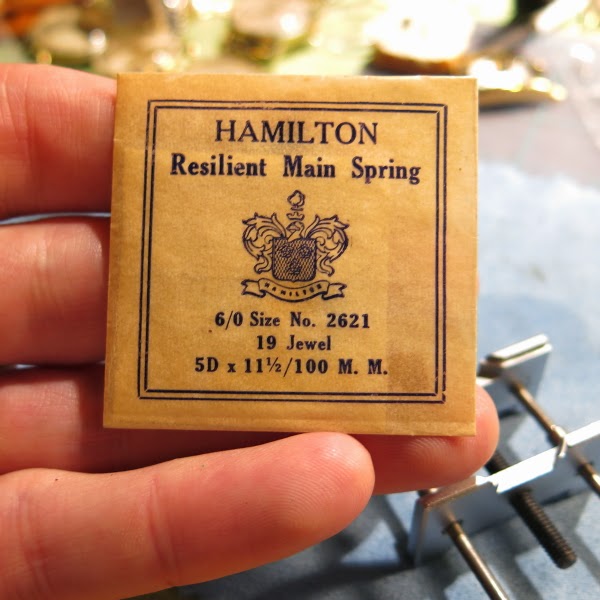 Everything is cleaned and ready to be reassembled.  If you have a good eye you may notice there are two stems and crowns.  I have a better crown to install once I get the movement back together. 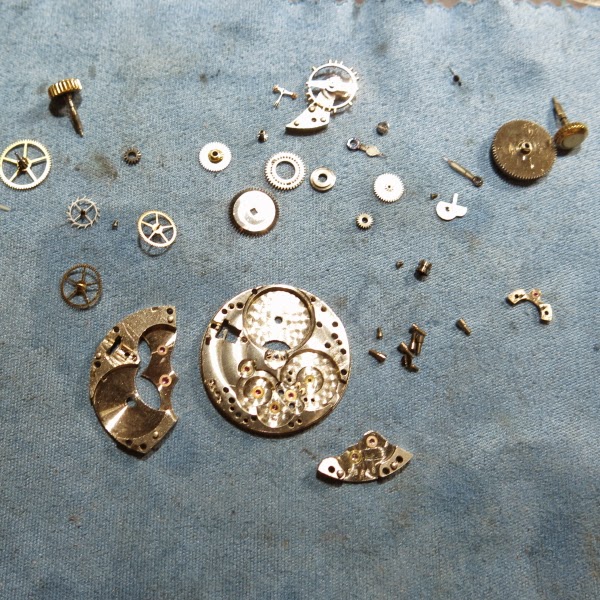 The reassembled movement goes onto the timer to see how it's running. 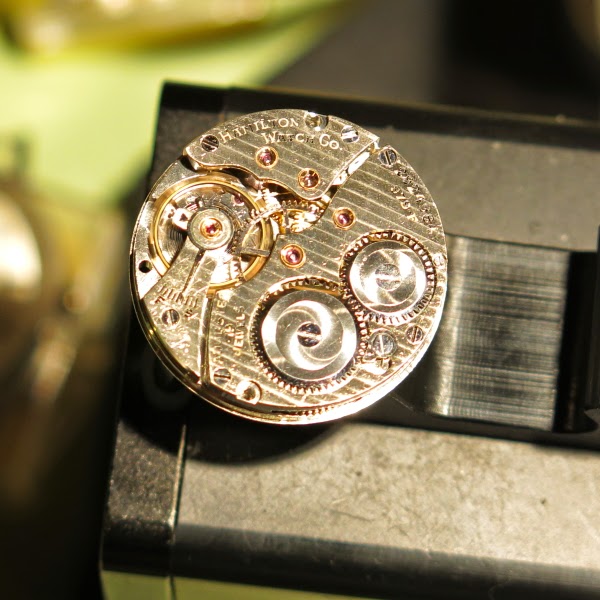 Good amplitude and a low beat error but the beat rate is a bit slow at 3.5 minutes slow per day. 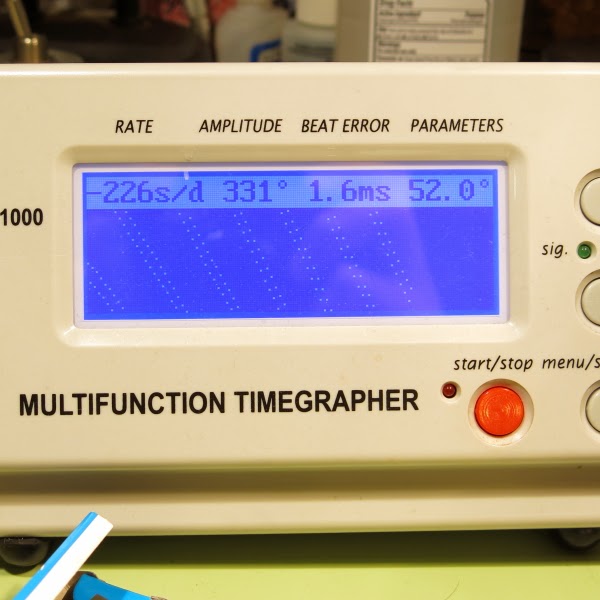 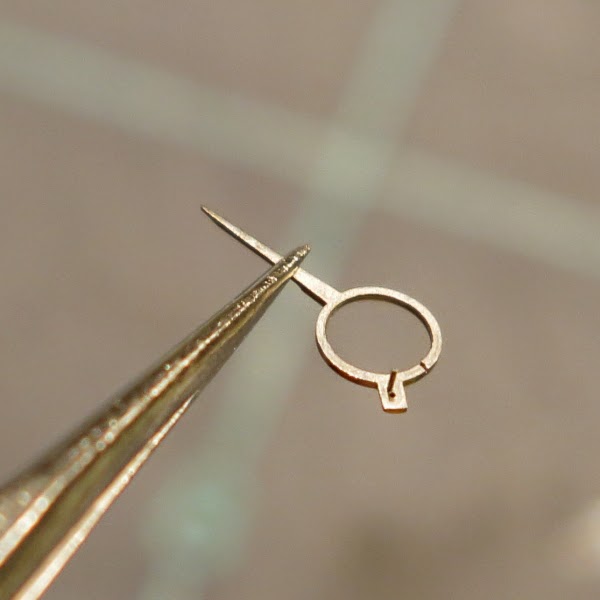 Now on the timer again, the balance is running better from a beat rate standpoint but the beat error is way too high at 9.9ms (or more) so I now have to reduce the beat error by adjusting the hairspring stud relative to the impulse jewel on the balance. 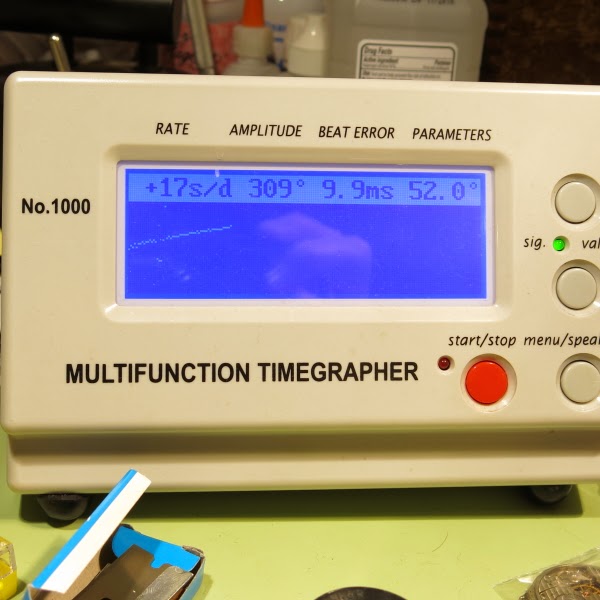 Okay - that's much better... everything is right where it needs to be. 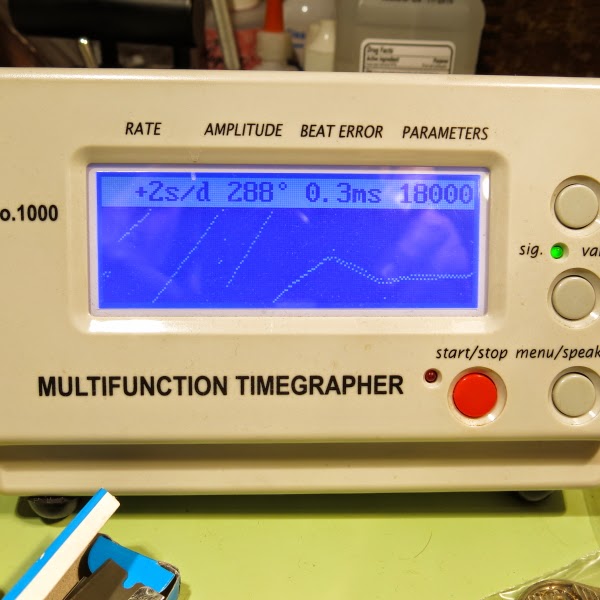 The dial and hands go back on with a better suited crown for the model and it all goes back into the case.  My camera reveals all sins so now you can see the wear through to the lugs... I'm afraid that's the price you have to pay for being the owner of a Lee. 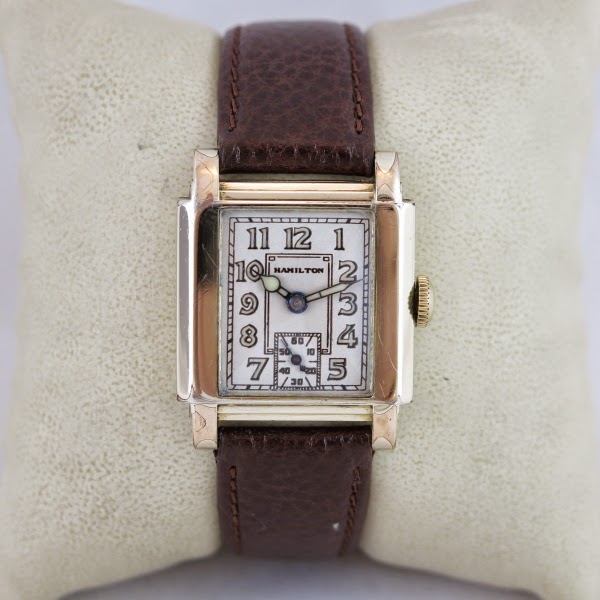