There are 32 different Dateline Automatic models and another 12 Dateline Thin-o-matics.  There are a few other calendar models too but most of them fall into these two families. As you might surmise from the model number beginning with 5, the case of the A-585 is stainless steel.   Inside the case is a Hamilton 694A movement.

My Dateline A-585 project watch arrived in good shape aesthetically but it wasn't running very well. The hands are a little different than the catalog image.  Note how the hands have a short section extending opposite the long side.  That's not depicted in the catalog.   It's not unusual for hands to be close but not a perfect match.  The factory was known to use what was available during the busy seasons preparing for gradation and Christmas. 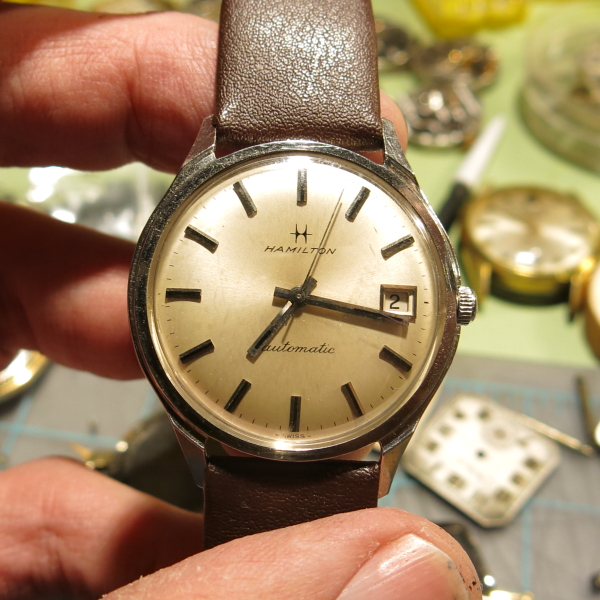 The case is an obvious one-piece design so this watch opens through the crystal. 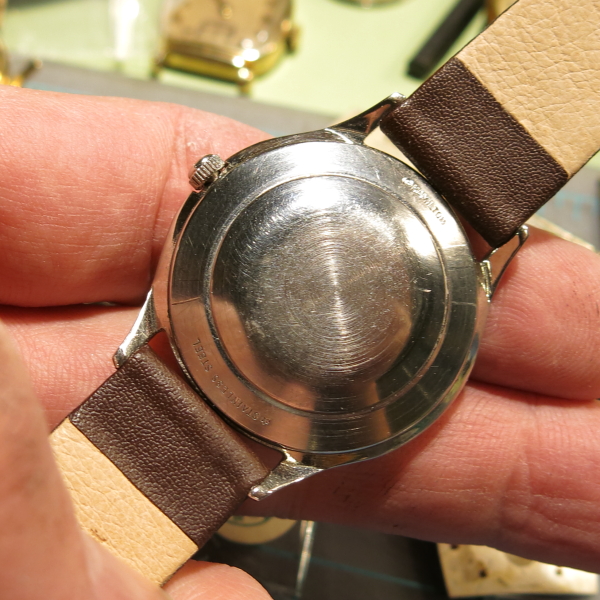 The 694A is a typical looking ETA movement.  The main difference is on the opposite side, under the dial, where the date wheel and calendar parts are located. 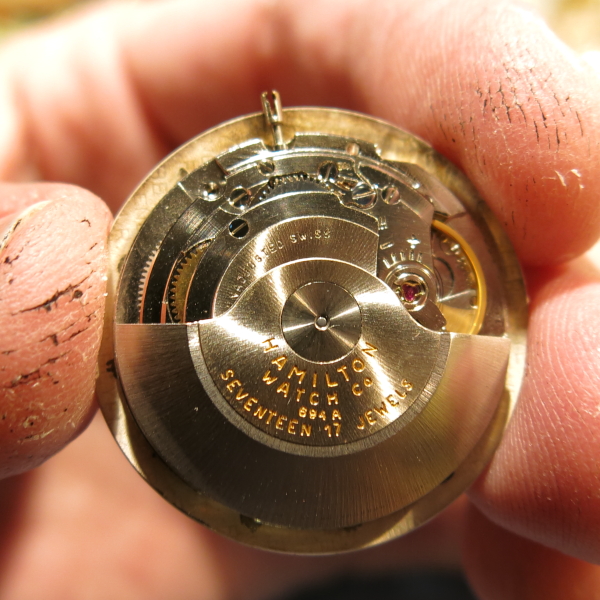 Once the dial and hands are removed, you can see the dial-soide of the main plate is rather complicated... I guess that's why they call it a "complication", right?   This is not that unlike the modern Khaki that I recently wrote about.  It's very similar, but a little different nonetheless. 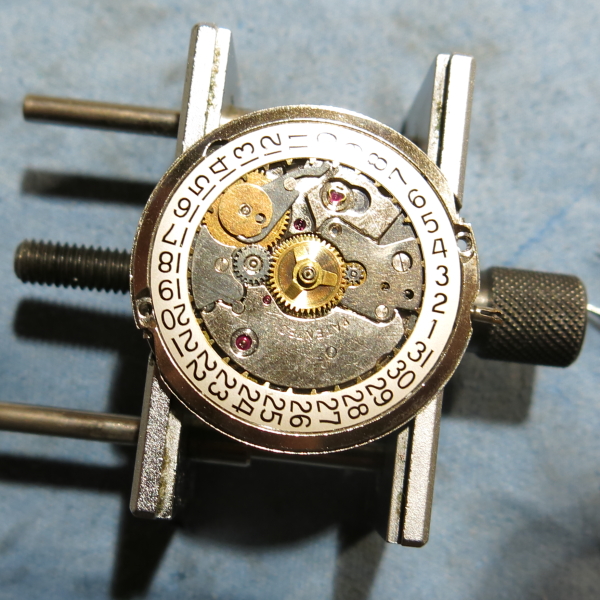 As I was taking all of the parts out of the ultrasonic, I noticed I was missing a cap jewel for the balance assembly.  I know I had it, I had taken it out and put it with the other parts - but it was gone.

That reminds me a joke about a watchmaker that retired after 30 years of work.  As he was discussing his pending retirement, he mentioned how he really enjoyed his 10 years of watchmaking.  His colleagues reminded him that it had been 30 years and he said, "yes, well the other 20 years was on the floor looking for dropped parts.

There's no getting around a missing cap jewel - it's needed or the watch won't fork.  So onto the floor I went.  After about 5 minutes I found two dial foot screws and the missing cap jewel... phew!  You don't want to do this sort of work over carpet, that's for sure. 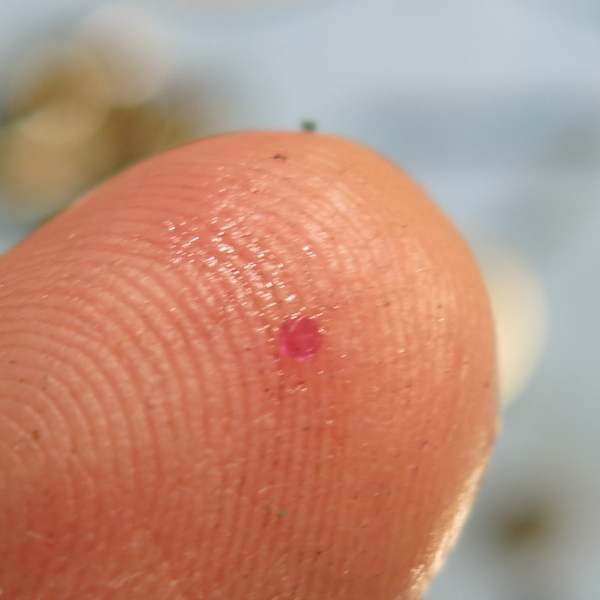 Here's freshly cleaned and dried parts,... all present and accounted for.  The two cap jewels are not the smallest parts in the watch - but they're pretty close. 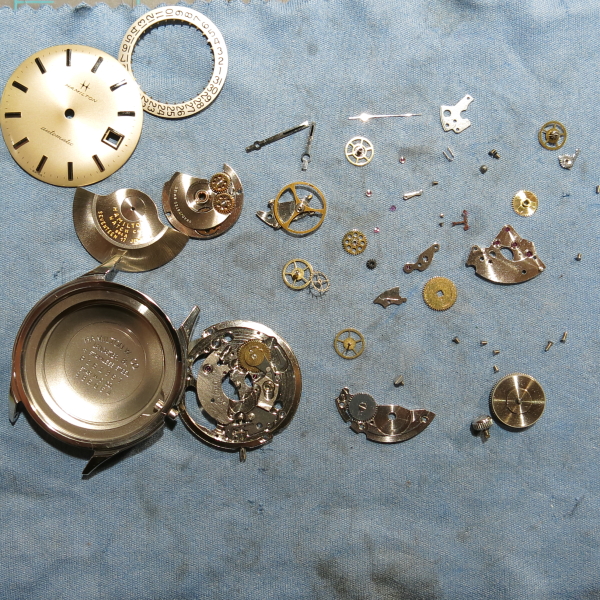 The balance jewels are held in place with shock springs.  This particular style of spring is rather tricky to install but I eventually got both sides in place. 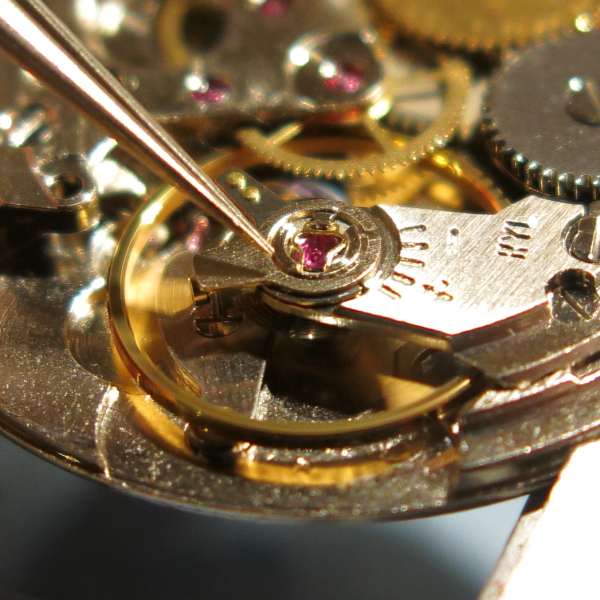 The watch is now running nicely with good amplitude.  It's a little slow and the beat error is higher than it needs to be but both of those are easily adjusted. 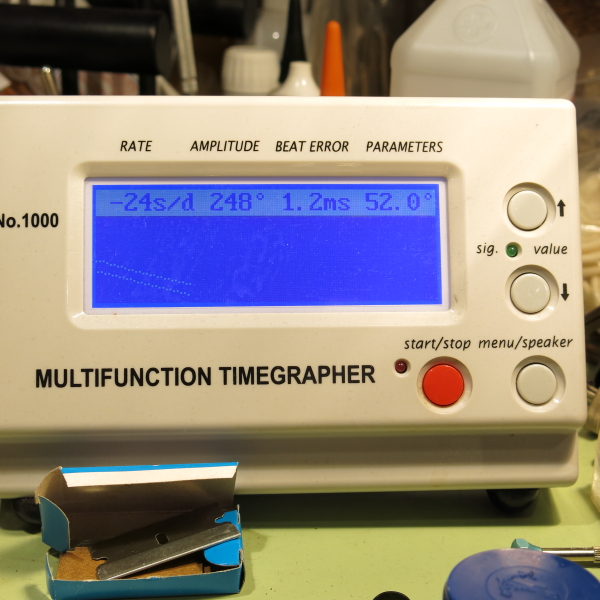 First I will tweak the hair spring stud location on the balance cock... 0.2ms is excellent, so I will stop there.  Notice how the two lines are now right on top of each other. 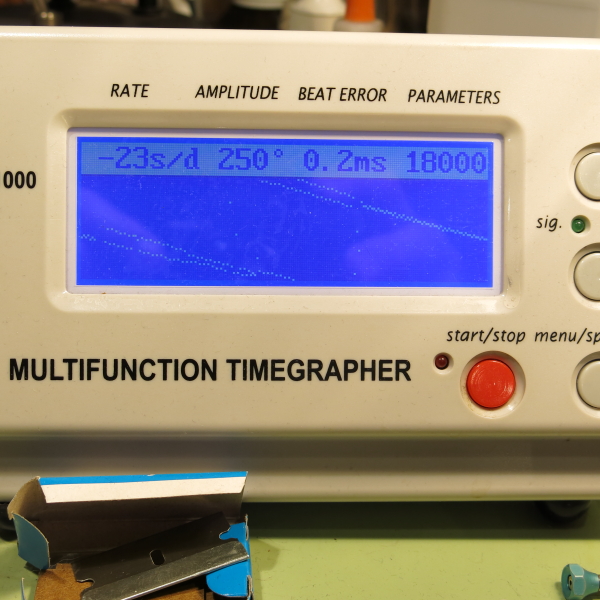 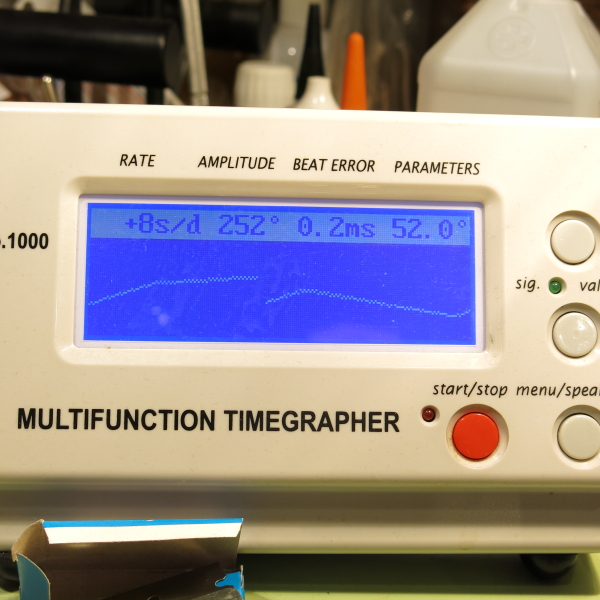 Now for the really tricky part... putting the date wheel index spring and lever back in.  It's not really that difficult but the spring is very easy to lose so I have to be very careful.  It's hard to make out in my photo but the u-shaped spring goes into the oval shaped cutout that my tweezers are pointing at. 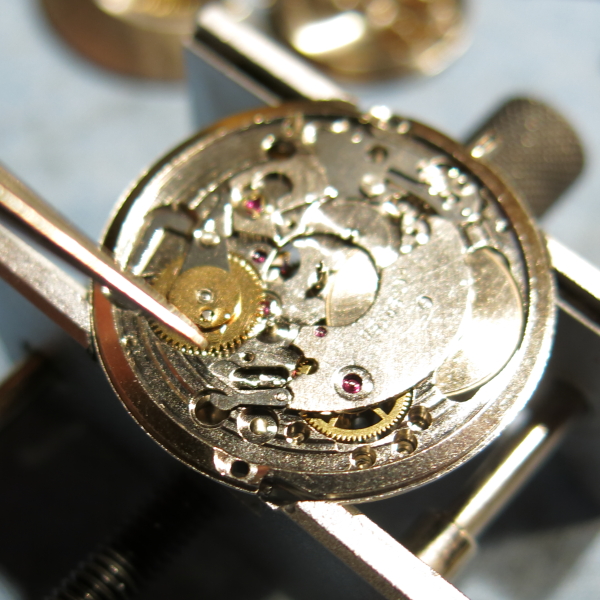 Now the oscillating weight can go back onto the back of the movement. 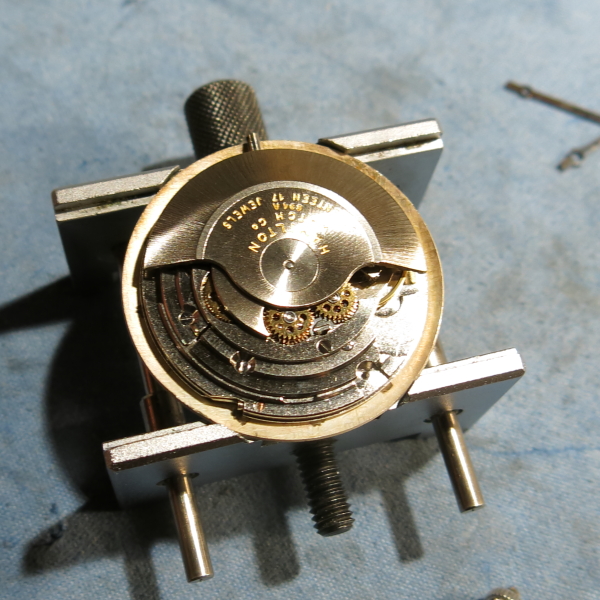 The last trick to reassembling the movement is to put the dial on and then the hands.  The hands have to go on at 12:00 midnight - so I first have to set the time slowly until the date changes, then put the hands on.  The finished watch looks great now that the crystal and case are polished.  But more importantly, the watch is now running as well as it looks.  Sure am glad I found that cap jewel! 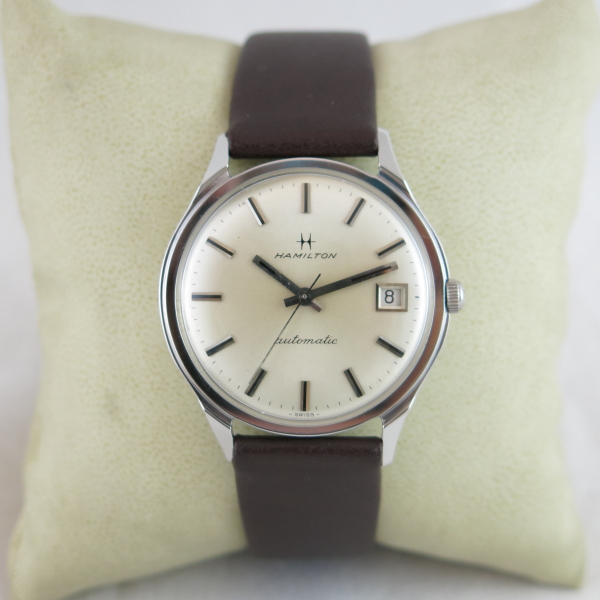