There are a number of non-catalogued models in pretty much every decade going back to the 1920's. Eventually in the 1950's Hamilton also operated an awards division and they produced unique models that were often similar to catalogued models but different enough to not be identical.  So it's not unusual to see legitimate Hamilton models that are hard to identify.

If you see "Masterpiece" on the dial, it's a sure sign the watch is an awards division model.

There is one model that I've seen quite a few times but wasn't able to identify.  Eventually another collector I know landed one that came in it's original box and the box identified it as a "Fairlane". 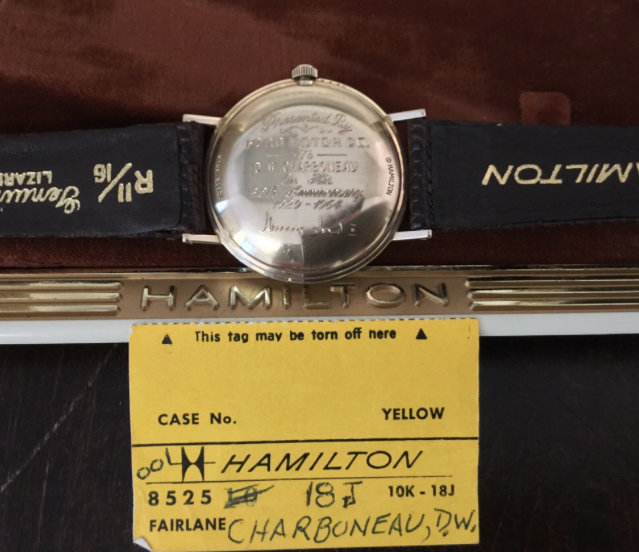 Now the interesting thing about this model is the only time you see it there is always an engraving on the back from Ford Motor Company.  So it's an interesting model, probably from the awards division but it has a known model name.  The earliest example I've seen is from 1964, so I'll call it the 1964 Fairlane.

It's interesting that the model is named Fairlane - that's a pretty wise choice since the Ford Fairlane was a popular model from 1955 through 1970.  That's before my time though so my mind immediately goes to the 1990 movie "the Adventures of Ford Fairlane", staring Andrew Dice Clay and Priscilla Presley.  Don't remember it?  You're not alone. The Hamilton Fairlane came in a solid 10K gold case.  Looking at it I've always assumed it would be one of the Stormking models. 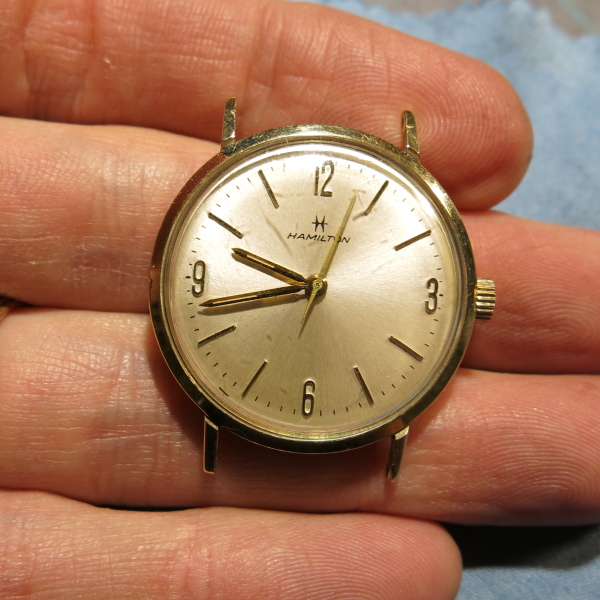 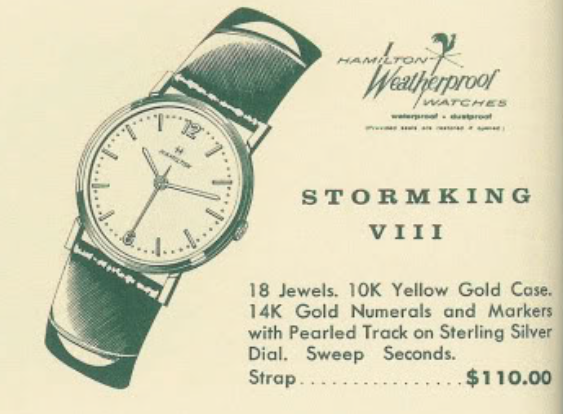 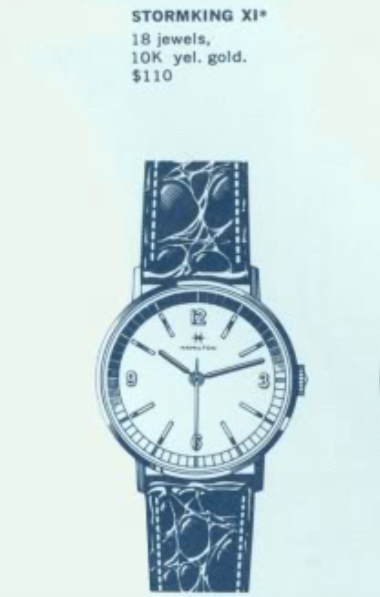 Like the Stormking models, the Fairlane uses a US-made Hamilton 8/0 sized movement - and more specifically the 736 grade.

My project watch arrived in nice shape, a little beat up but nothing too distracting.  The back of all of the examples I've ever seen are nicely engraved with a presentation from Ford.  This example is from 1968.  It will look better after the case is lightly polished. 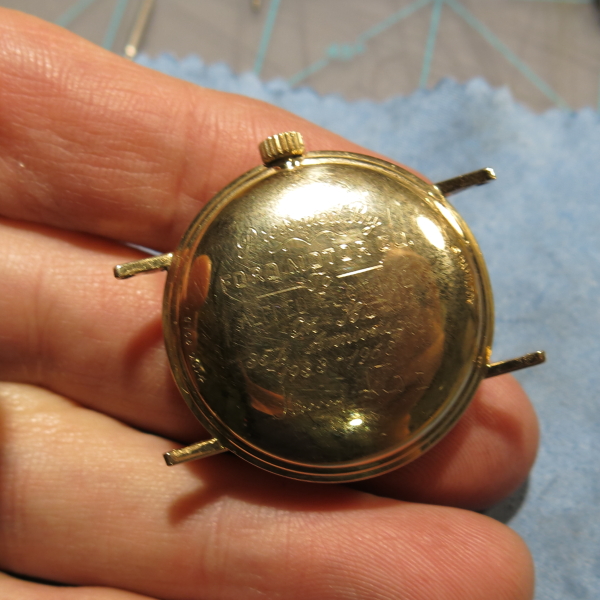 The case is opened through the crystal and you can see the movement is supported by a rather substantial movement ring.  The 736 is basically a 735 but with a glucydur balance.  Note that the balance wheel has no timing screws going around the outside.   This balance is factory poised so if you break the balance staff you might as well replace the balance, as you can't make any adjustments to the balance weight. 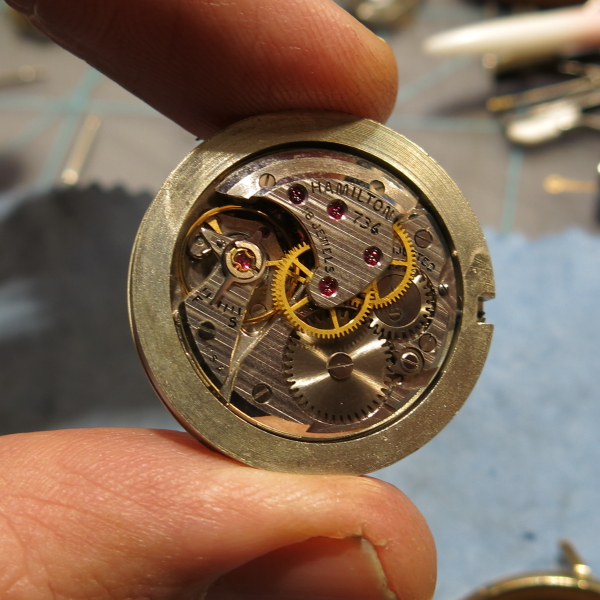 I can tell from the inside of the case that this watch has been serviced a few times over the last 50 years. 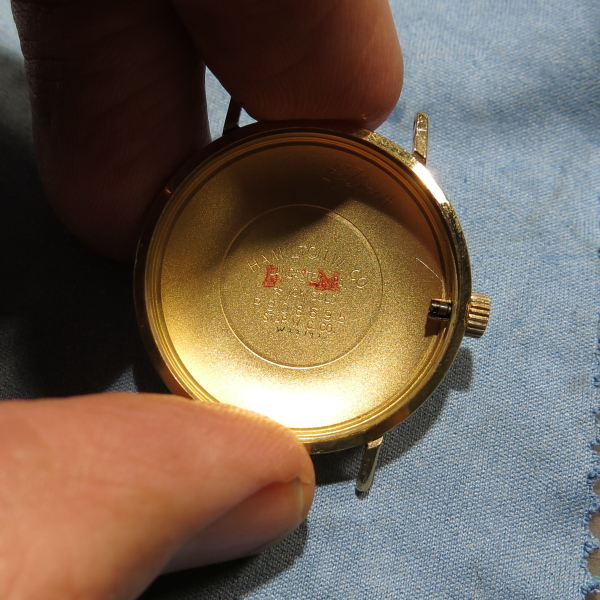 Everything is laid out to dry after being cleaned. 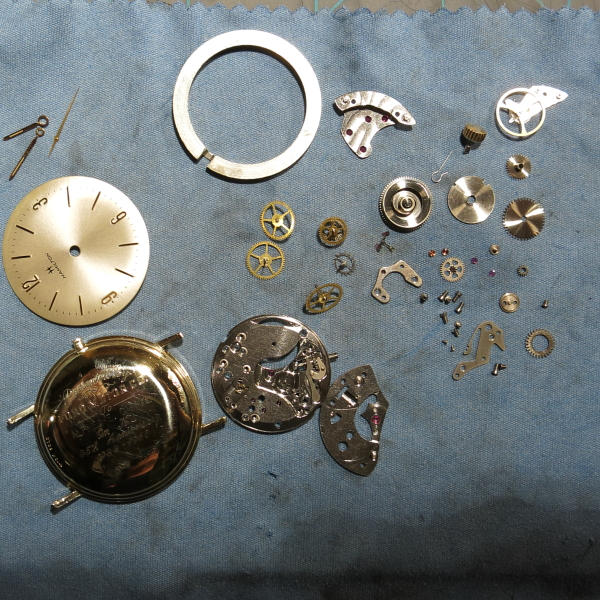 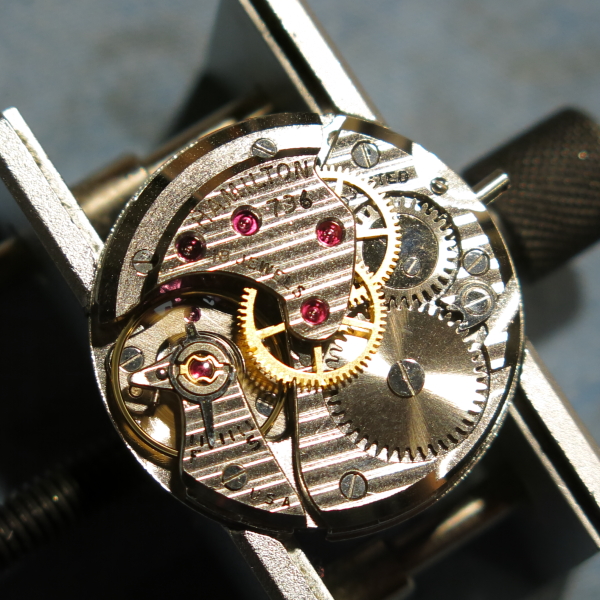 Whoa!  This beat error is way too high.  I thought initially by the distance between the lines that it would be 3-ish but it turns out the lines are so far apart that the bottom line is actually the "top" line. 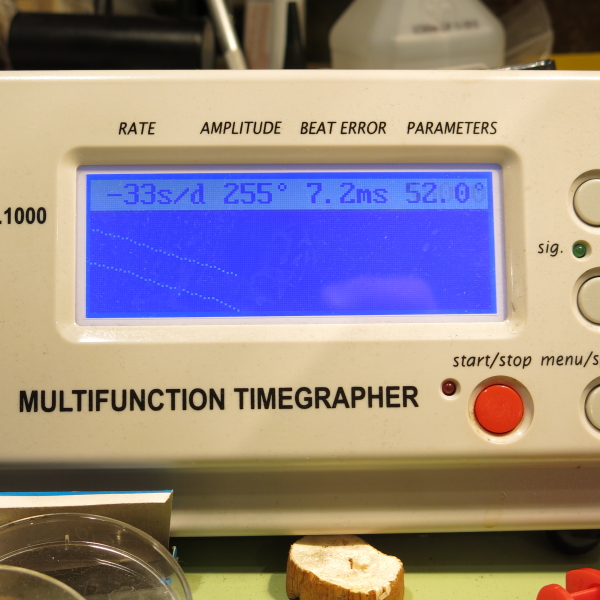 Adjusting the beat error means centering the balance with the pallet fork and that requires removing the balance from the balance cock and rotating the hairspring appropriately.  I got it much better on my first try... normally it take several guesses.  Now I just need to speed it up a little. 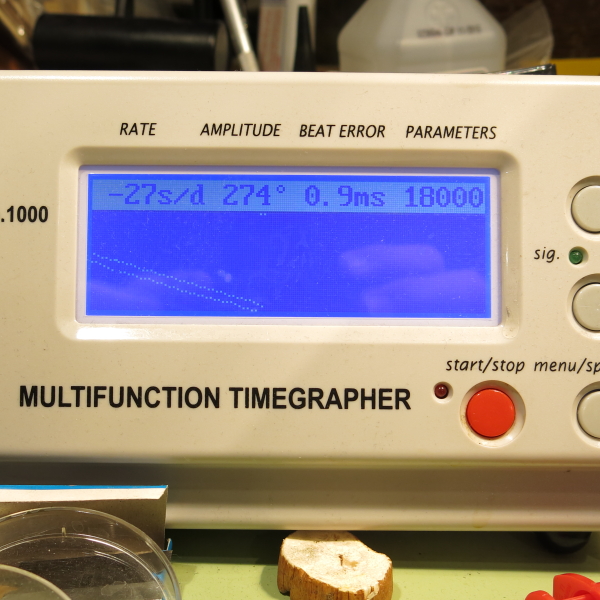 There, with the mainspring fully wound the amplitude is vigorous and the beat error is 1 ms.  Not too shabby. 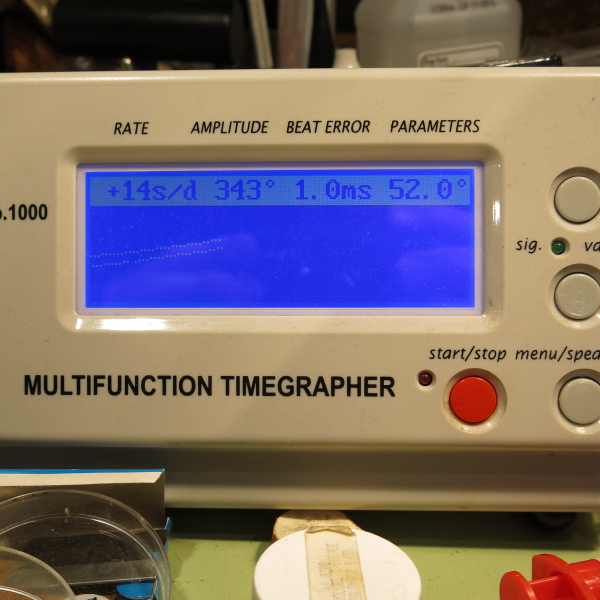 A new GS PHD crystal in 30.6mm and a fresh lizard strap complete the overhaul.  This Fairlane turned out great.  It's a good sized watch too, as you could probably guess by the size the movement ring that supports it. 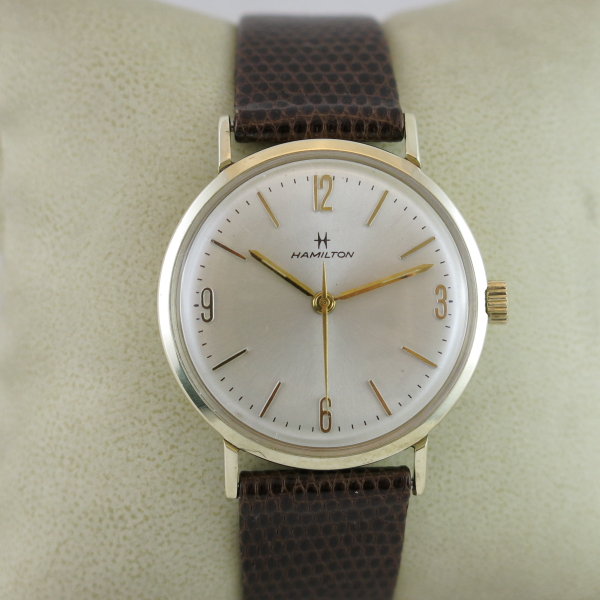 And here's the back of the case and the presentation for 35 years of service to Ford Motor Co.  Henry Ford even signed it (not). 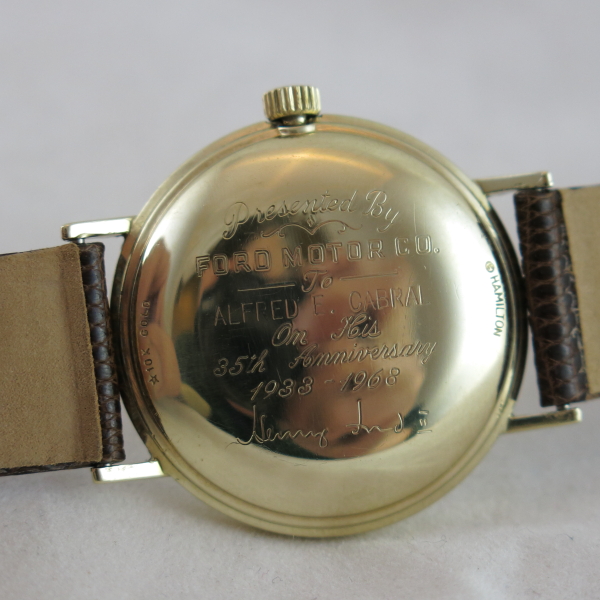