Things sure had changed in the 40 years between when Hamilton first introduced men's wrist watches and the last decade of US production.  By the 1960's the Accumatic and the Thin-o-matic lines were dominant models in the lineup, with all sorts of designs to choose from.  Of course, there were still plenty of Electrics and manual winders to choose from.  However, Automatics could come as calendar models too, something the US-made Electrics and manual winders didn't do.

One of the short-run Accumatics was the 1963 A-450.  Based on the look of it I would say it may have been ahead of it's time.  It looks like it could have been a 1970's models based on the chunkiness and the bracelet pairing but it was produced only in 1963 and 1964.

The A-450 is a little unique in that it's got a 10 gold filled case with a stainless steel back.  The use of rolled gold plate was very common by this time so the gold filled case is a bit of an upgrade over the 600-line of Accumatics.

Tucked inside you will find a 17 jewel 689 or possibly a 689A, depending on when the watch was made.  They're basically the same and the only obvious difference is the rotor carrier covers the balance cock a little more and the 689A has a section removed for better access to the balance.

My project watch comes by way of someone whose father had owned it.  As such, it's has great sentimental value.  Family pieces are the best, in my opinion, and always worth restoring and enjoying.

This watch is a little beat up and has a replacement Spiedel bracelet that has broken.  The dial looks really good, but it's hard to tell under the scratched crystal.  The watch isn't running but I can get it to tick a few seconds so that's a good sign.  It doesn't take much to prevent a watch from running, even dried up oil will create enough friction to stop it. 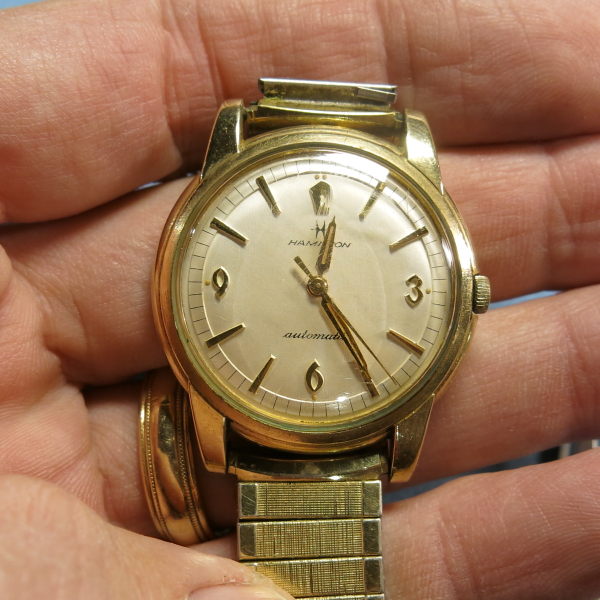 The stainless back is obviously worn but it's hard to damage stainless steel.  There are a few marks from past attempts to open it with a case wrench but that comes with the territory.  They can be tricky to open. 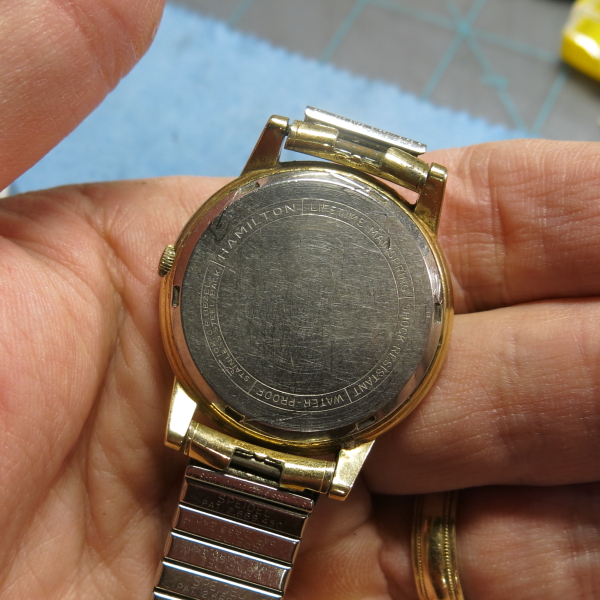 The inside of the watch is bright and shiny - so at least no moisture has been getting inside. 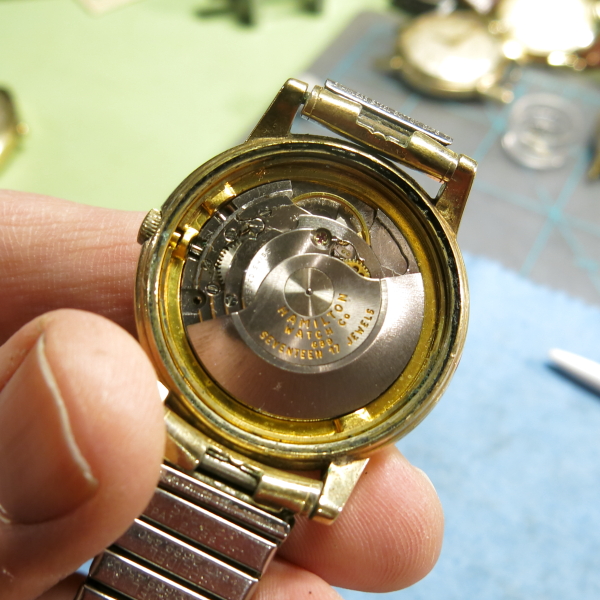 Without a crystal to block the view, the dial looks great - way better than my slightly blurry photo makes it out to be. 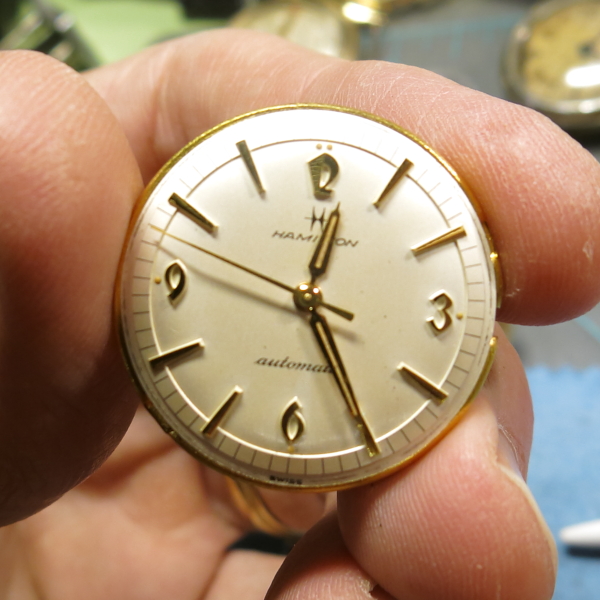 Looking at the inside of the case back, I can tell this watch has seen a watchmaker at least once in the last 50 years. 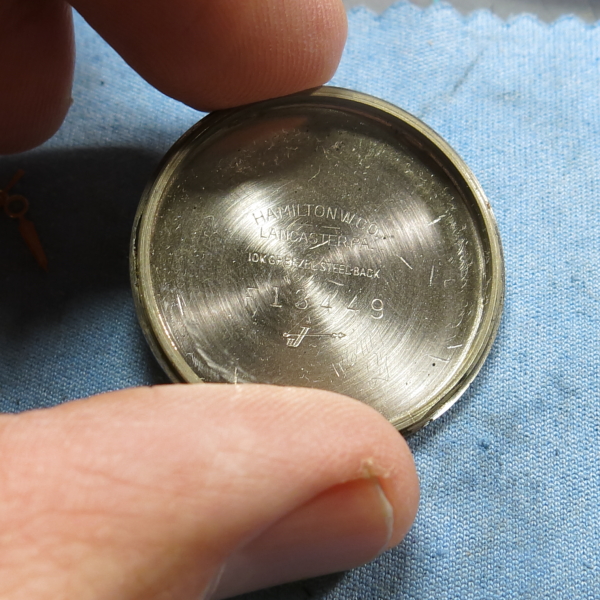 Everything is completely taken apart in order to be cleaned and then totally dried before being reassembled with fresh lubricants. 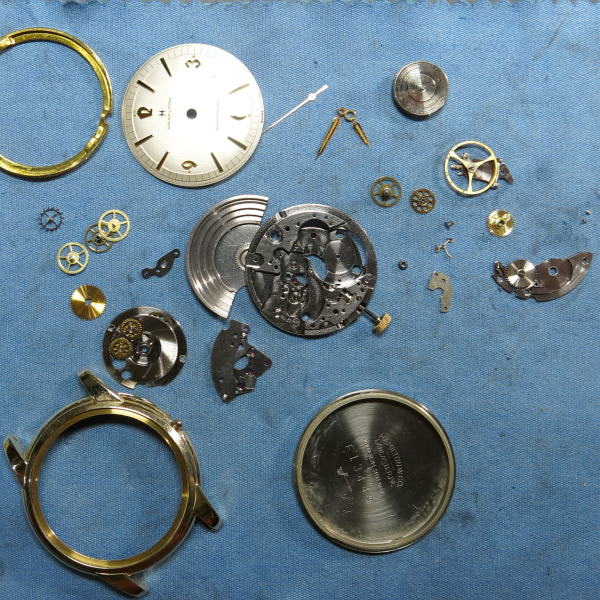 A 30.6mm crystal will go a long way toward improving the looks of the finished project. 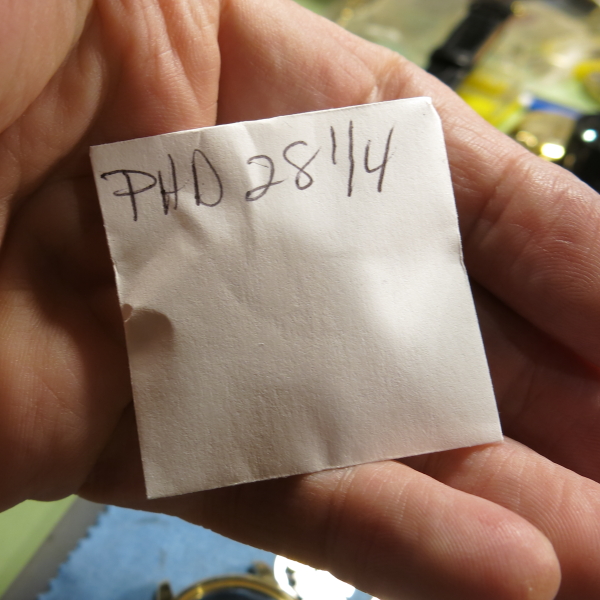 The watch is now running with nice motion.  Off to the timer to see what it thinks of the movement. 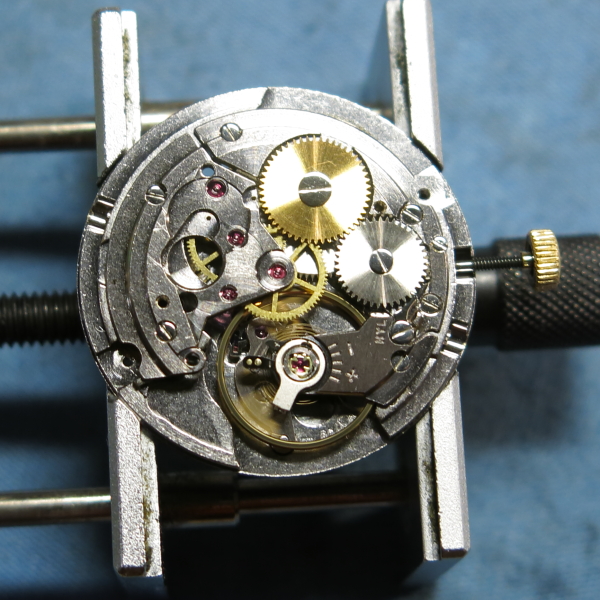 Pretty good performance but something is making extraneous noise... perhaps a spec of dust on the hairspring or pallet fork.  On any other watch I'd be happy with a beat error of 0.8ms but this type of movement has a moveable hairspring stud so I should be able to dial in the beat error even better. 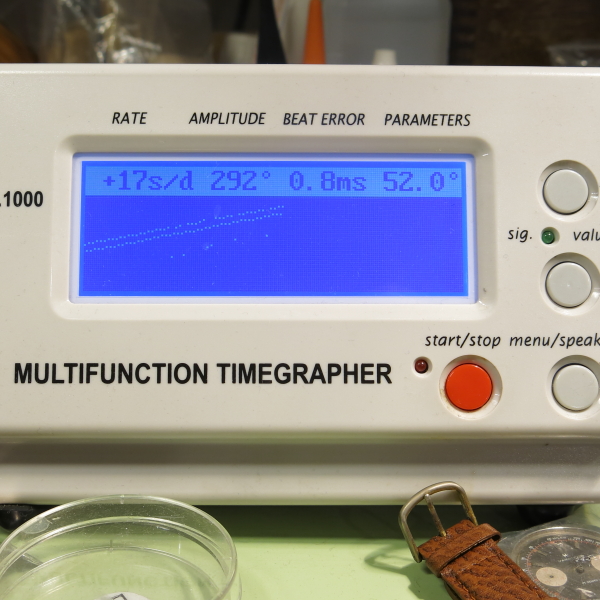 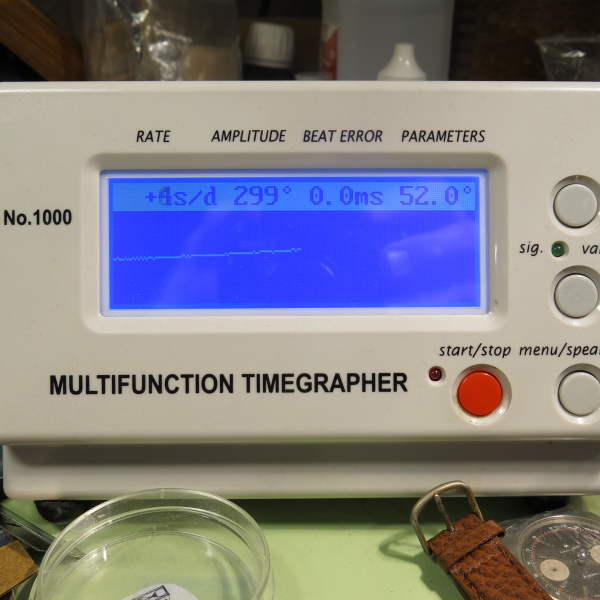 The oscillating weight goes back on now that everything is running nicely.  Notice you can barely see the balance.  I wouldn't be able to make any adjustments with the rotor installed and I think that's why the 689A has a section removed so you can see the balance better. 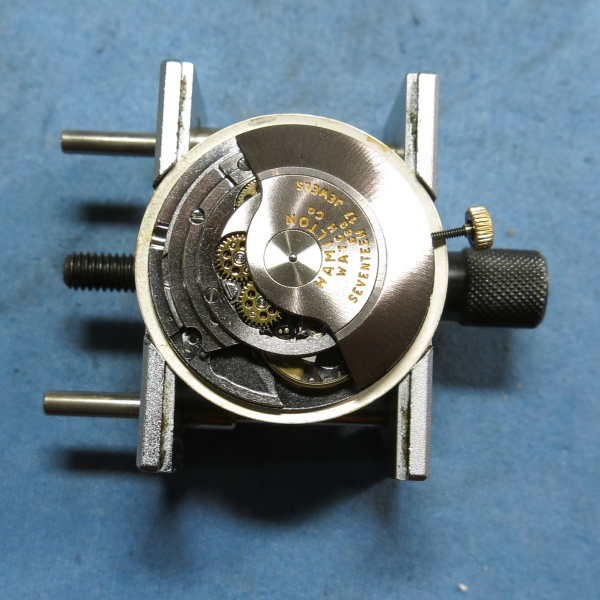 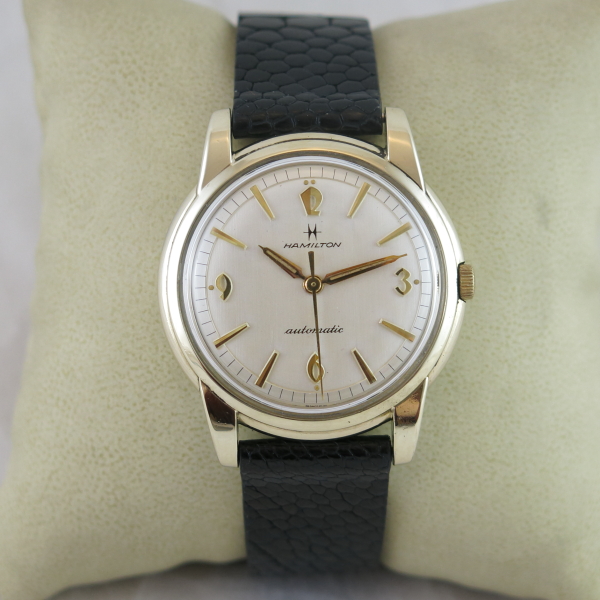