There are over 1,100 different Hamilton wristwatch models for men.  To collect them all would be a real feat.  To collect all of the combinations of case material and dial variations would be a staggering accomplishment.  You'd be hard pressed to complete the collection though - as you'd have to find a Coral Endicott and a Barbizon in order to claim the title of "World's Most Complete Collection".

A smaller, but still challenging, objective would be to collect all the M-series of watches.  There are 21 known examples but it's hard to say for sure how many there really are.  The M-series was produced in the 1960's and believed to have been sold through a catalog chain store, like Service Merchandise or Best... if you happen to recall those brands. 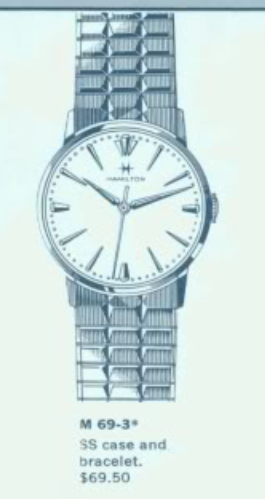 The M-models were identified by their retail price and the sequence in which the model was introduced at that price point.  So the M 69-3 was the third watch to be introduced at the $69 price point.  That may not seem like a lot of money today but that's the equivalent of over $530 in 2017 dollars.

The M 69-3 came in a stainless steel case with a matching bracelet made by JB Champion.  Inside you'll find a 17 jewel Swiss-made 688 movement that is based on an ETA ébauche movement.

I haven't seen too many M 69-3 models in the wild but I was able to come by one recently.  It was a little grungy and the bracelet was changed to a generic Spiedel expansion ban.  The band will have to go, this watch will look a lot better with a nice strap once it's overhauled. 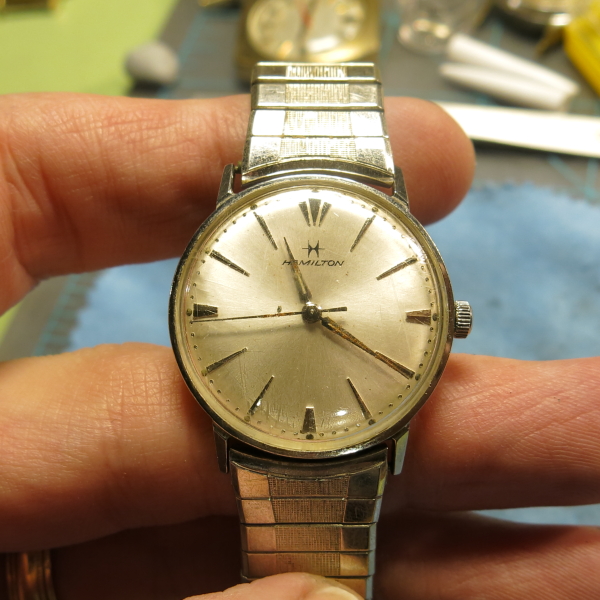 The case is a one-piece design and the watch opens though the crystal. 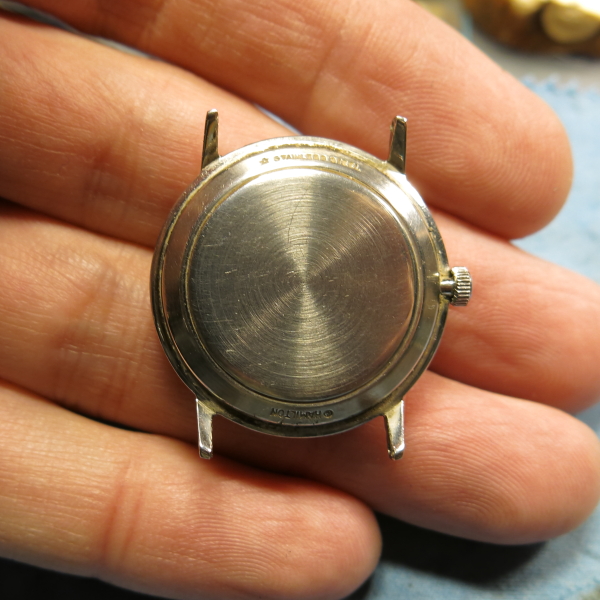 With the beat up crystal out of the way you can see the dial is a little dirty but otherwise in good condition.  The hands are a little rusty, probably from the luminous paint.  So I'll remove that and the lume on the dial and replace it with fresh paint. 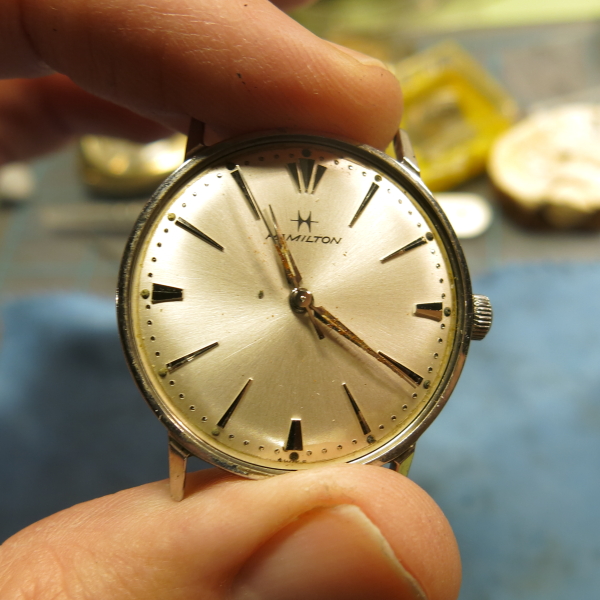 The 688 manual winding movement is basically the same as a 689 automatic movement but without the automatic parts. 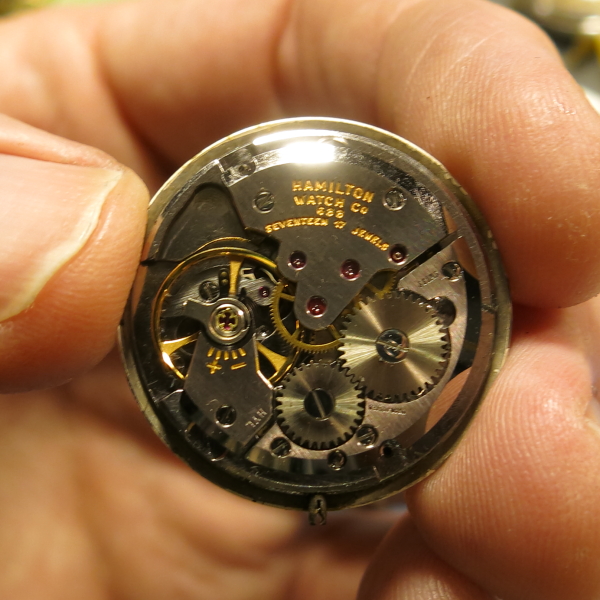 Everything is cleaned and dried, now it's time for reassembly. 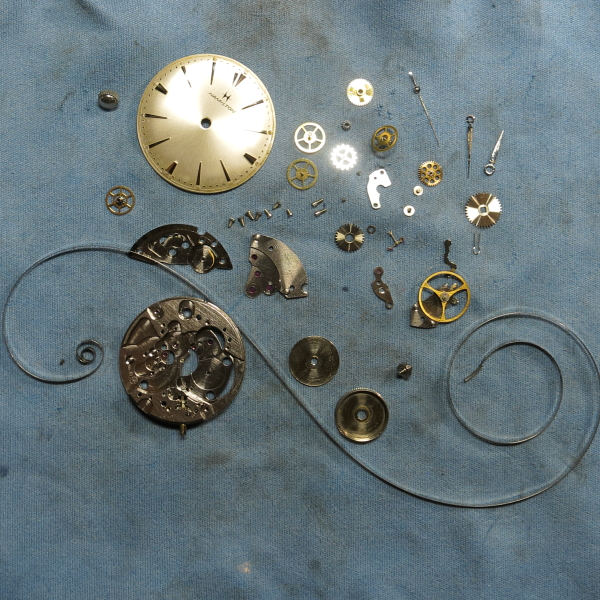 The watch is obviously a lot brighter and shinier than before it was cleaned.  It's now running with a brisk motion.  The timer will tell me how well it's performing though. 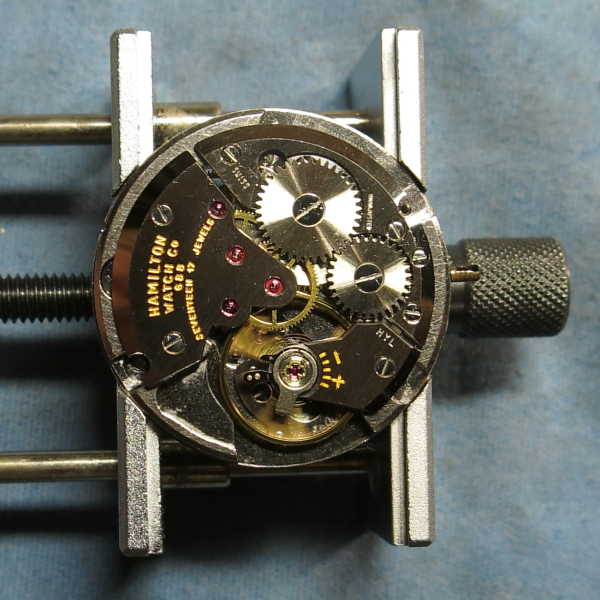 I'm always amazed at how the timer can pick up noises that don't belong in there.  The timer is picking up something amiss. 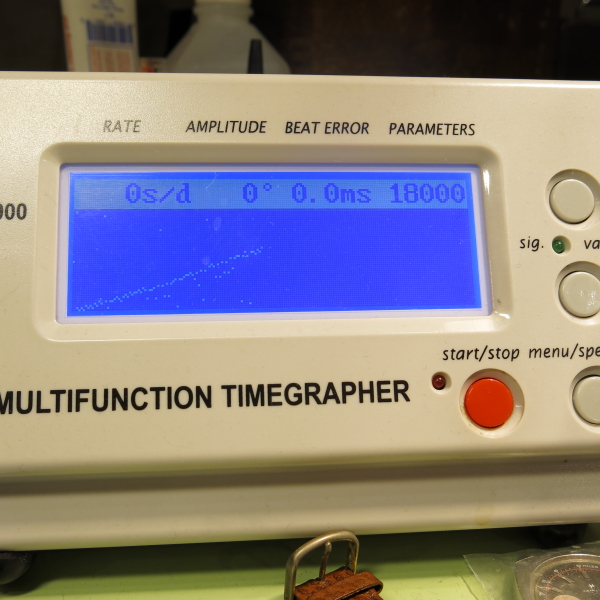 Well, it took me quite a few tries to find out what was wrong.  I found a tiny filament of dust under the pallet fork and reclined the pallet fork, pallet bridge and balance three or for times but I finally got a clean signature.  The amplitude is pretty low but that's because I haven't fully wound the movement yet.  It will increase when I wind it a little more. 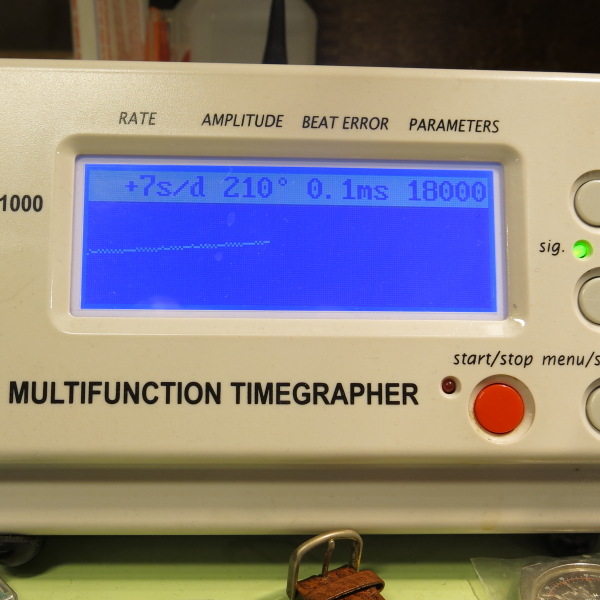 A new 29.3mm crystal will make a big difference to the watch's appearance. 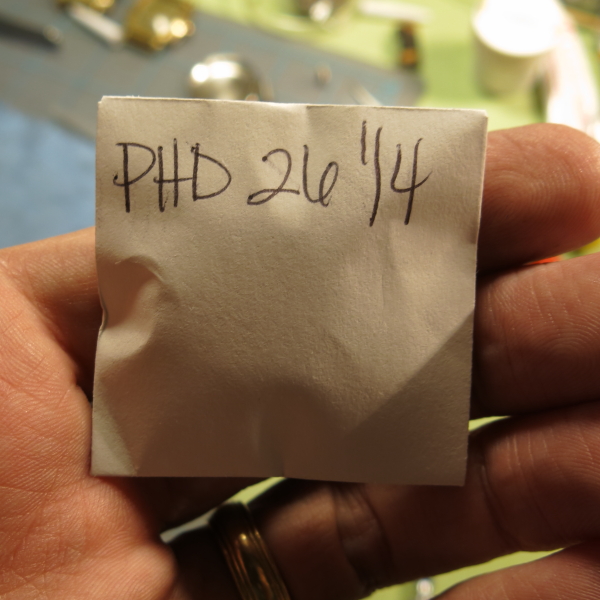 I removed most of the rust on the hands and then relumed them, along with the dial.  The dial cleaned up great.  Paired with a fresh strap, this watch is ready for another 50 years of wrist time. 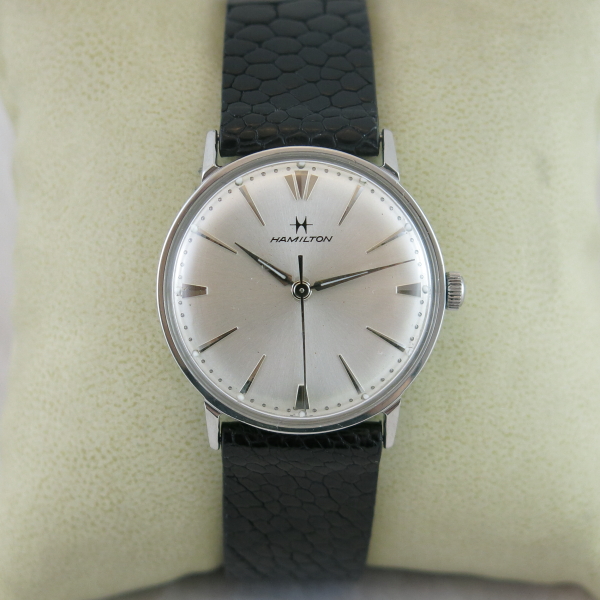