Some of Hamilton's models have what appear to be parchment dials.  They have a texture that you would think would be very hard to replicate at a dial refinisher.  A good example is the 1960 Thin-o-matic T-502. 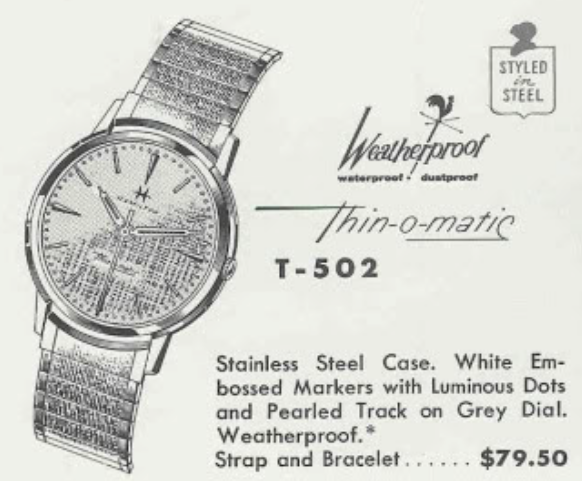 The T-502 has a silver-colored dial with a  textured finish.  The model was produced through 1965 but the last two years the model was referred to as the T-502B.  It looks the same but it's not clear what changed to make it a B model.  It could have a one-piece case or it might have a significantly different movement.

I've had a T-502 project watch on the bench for a while and I've finally gotten around to doing it.  As received, it appears to be in decent shape.  The crystal is a little yellowed and scratched up but otherwise it looks fine. 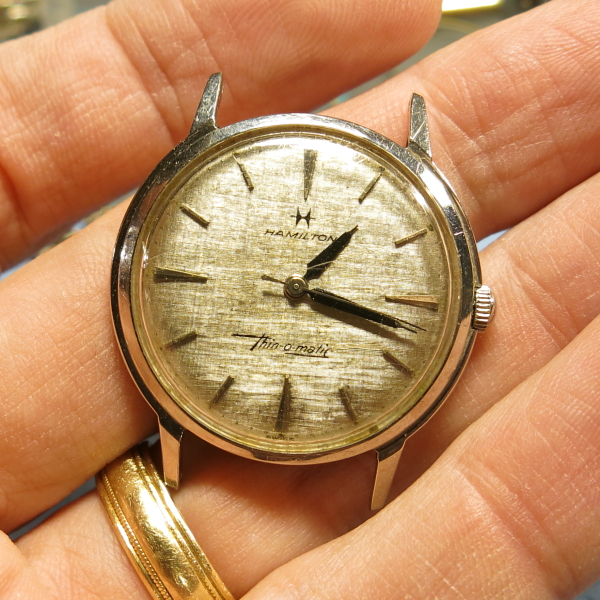 This stainless steel case has a snap on case back.  There's a slight lip in between the lugs that you can slip a case knife into and pry the back off. 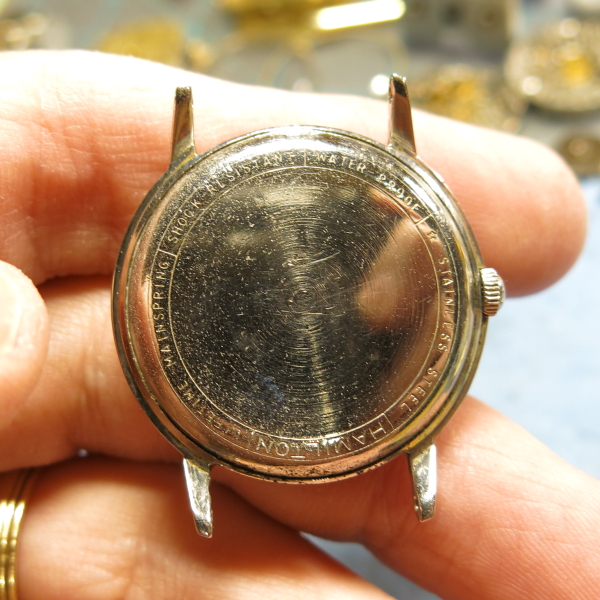 The movement is quite dirty but looks to be in decent shape.  It's definitely overdue for a cleaning. 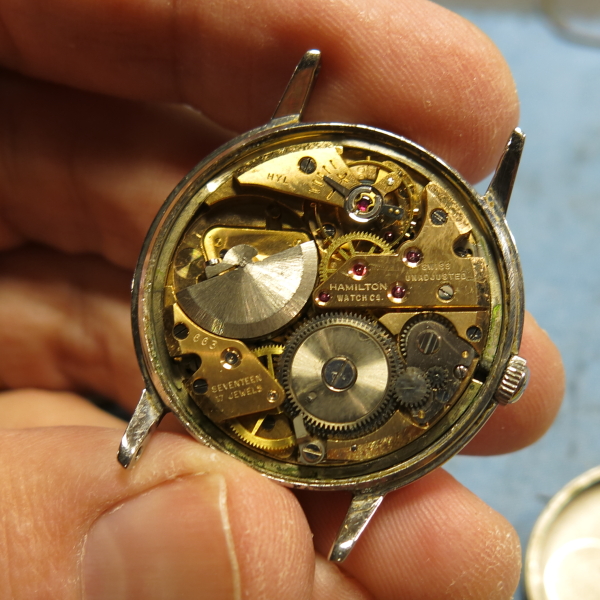 The case back has a rub mark from the rotor spinning.  I'll have to make sure it's more deeply seated when I reinstall it. 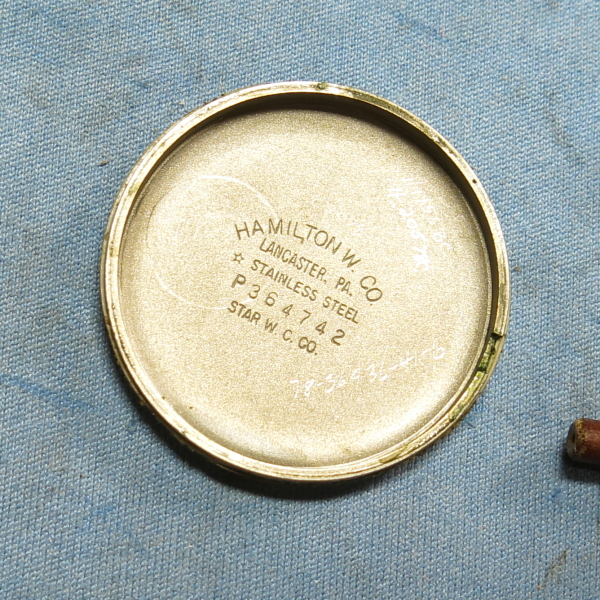 I didn't initially realize that the hands on my watch have been painted black.  They should be silver and have luminous paint on them.  So I'll have to strip the paint off these to restore them. 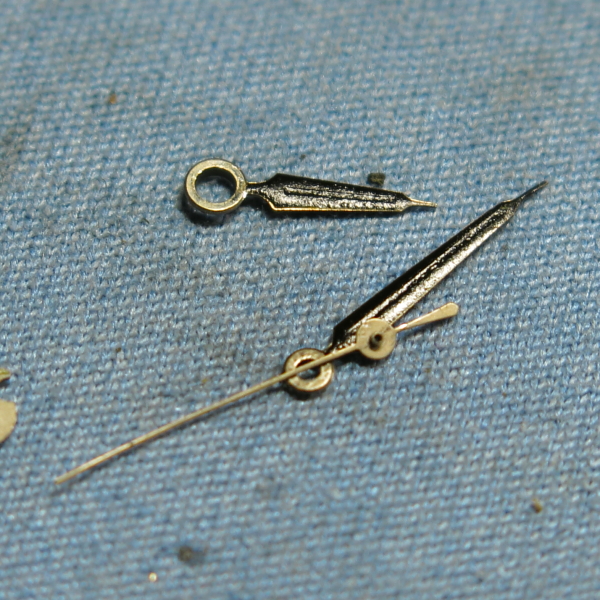 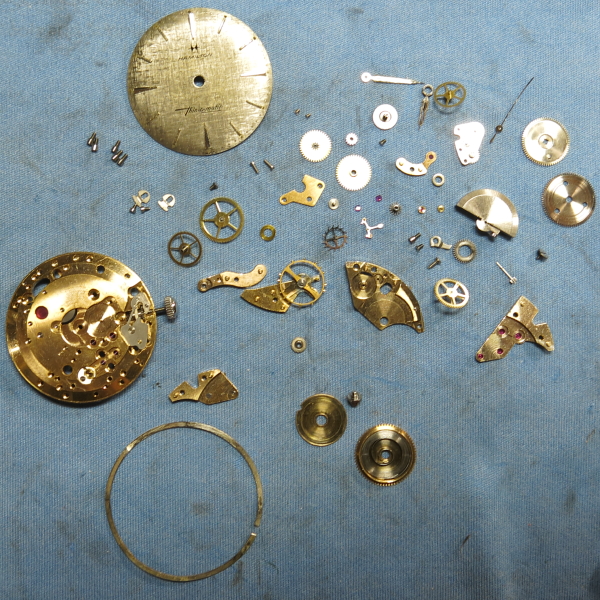 I noticed one of the wheels for the automatic gear train is missing a pivot.  I'll replace it with a part from a donor movement. 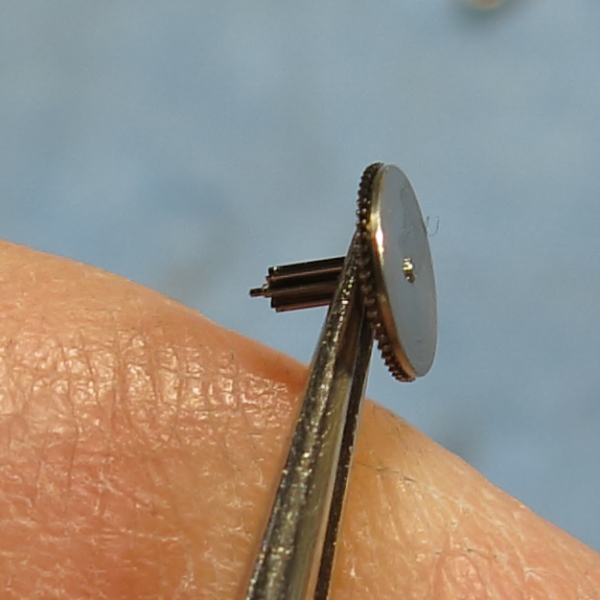 The movement is back to looking and running well. 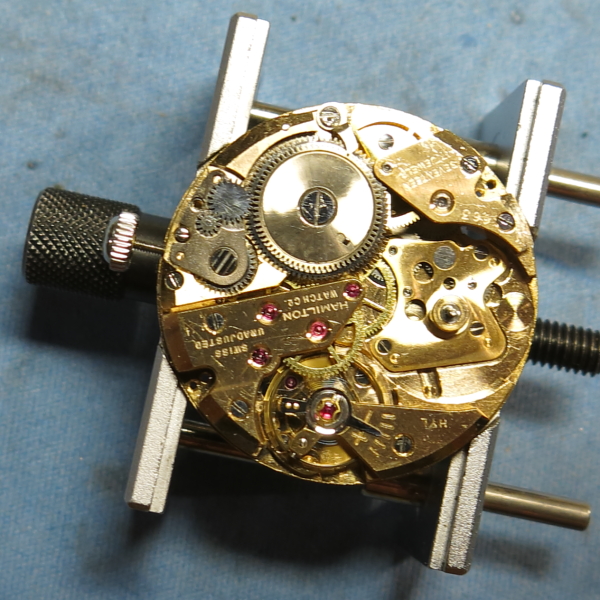 Looks like everything is operating just as it should.  I'll leave it running a little fast for now. 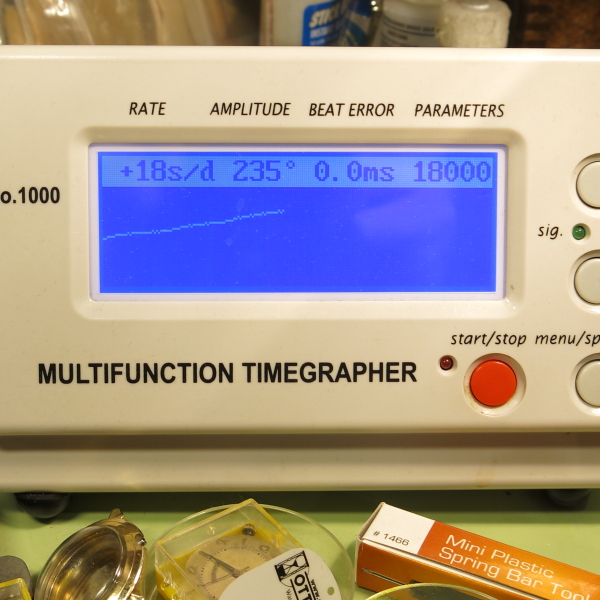 A new crystal, fresh luminous paint and a nice black lizard strap complete the restoration.  I have to say the watch looks a lot better without the black paint on the hands.  This is now a sharp-looking watch.  I wouldn't want to have to get this dial refinished though - as it would probably lose dome details in the process.  Fortunately this dial is in excellent condition.  I'm sure the watch would look very interesting with it's original bracelet.  It had a textured finish to match the dial. 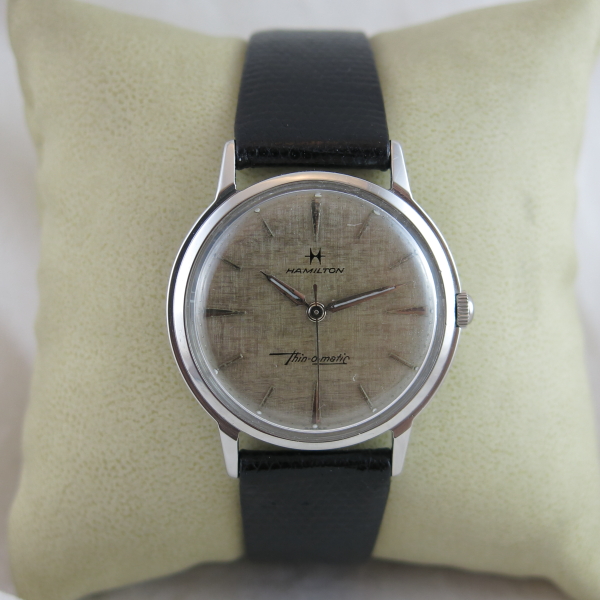