Earlier this year, in March specifically, I posted a mystery model from 1973 that looked a lot like the 1968 Thinline 6505.  As fate would have it, I recently received a 6505 for an overhaul so now I can make a direct comparison. 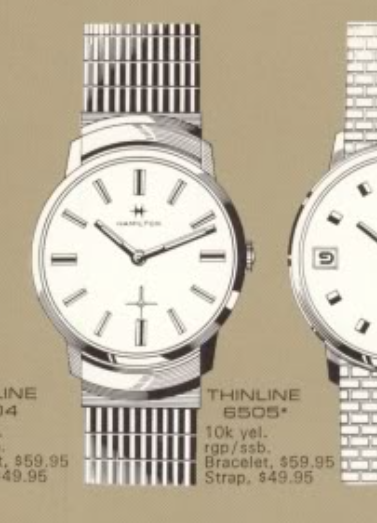 The Thinline 6505 has a 10k yellow RGP bezel with a stainless steel back.  It was offered on a strap or a specially selected bracelet.

My project watch is clearly identified as a Thinline 6505, especially since it still has it's original Kreisler expansion bracelet.  It's in good overall shape and has been to a watchmaker at least once in the last 50 years because it clearly has a replacement crown. 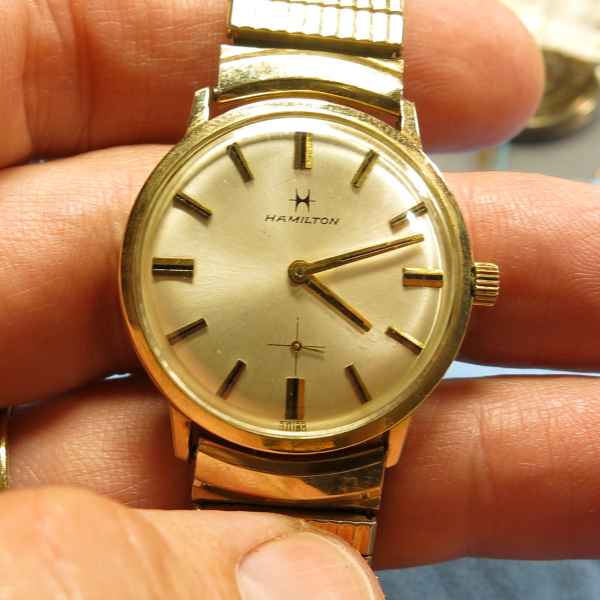 The back of the watch is noticeably different than the 1973 mystery model. 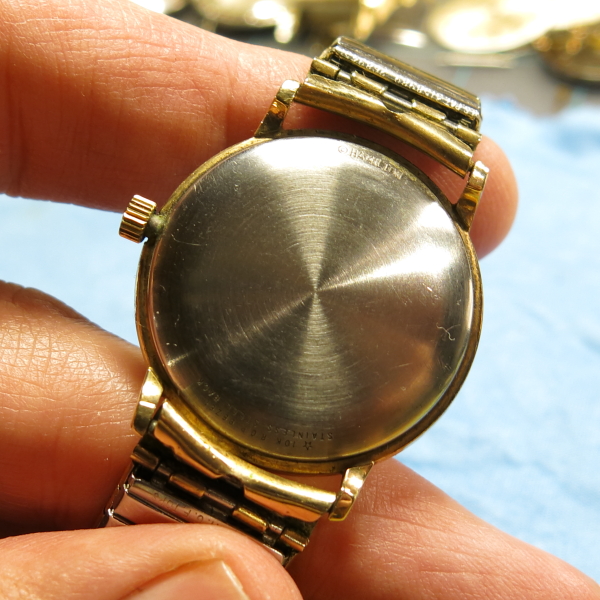 Like the mystery model, this watch has a 17 jewel Hamilton 639 movement based on a Buren ebauche.  By this time, Hamilton owned Buren so this is a 100% Hamilton movement, just it was made in Switzerland and not Lancaster PA. 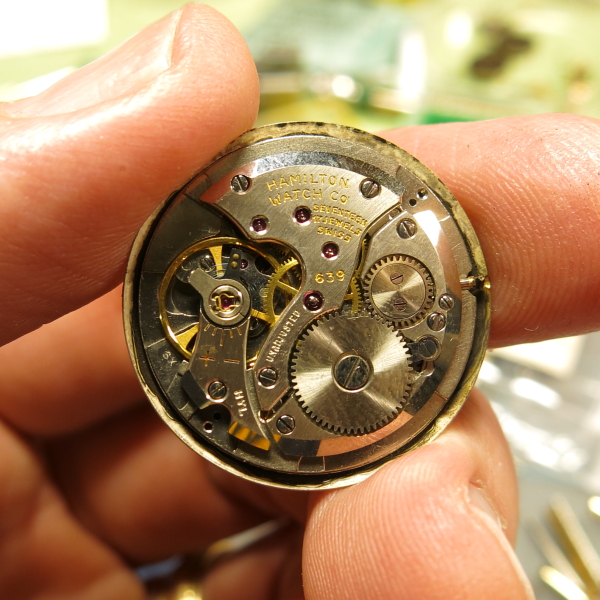 The crystal looks "okay" but the center of it is actually a little crazed and polishing will not remove crazing.  So I'll replace it. 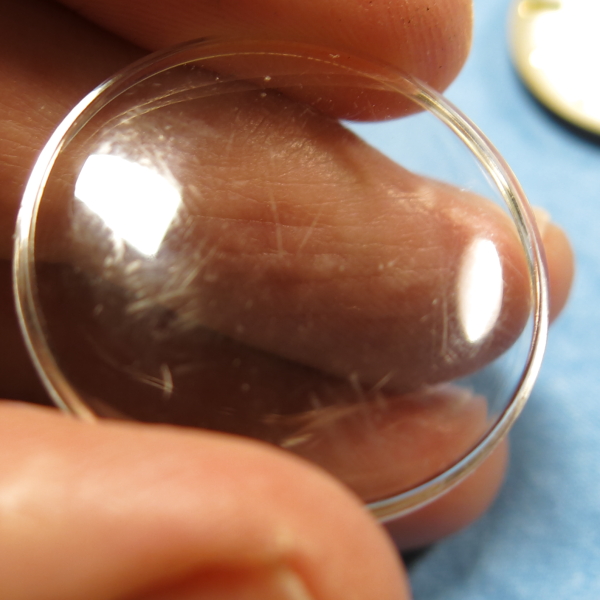 I'm going to try a PK style low profile crystal but I may have to switch to a PHD.  A PK is a little low and the PHD is a little taller than the original crystal.  Either way, a 29.5mm diameter will do the trick. 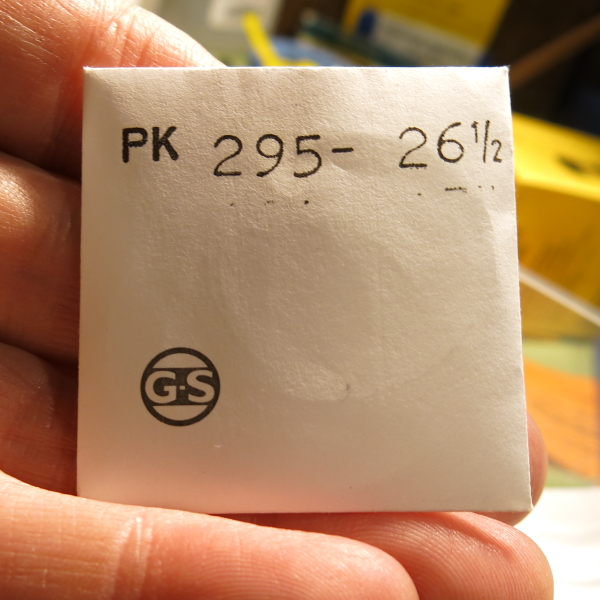 Everything is cleaned, dried and sparkling, including the bracelet. 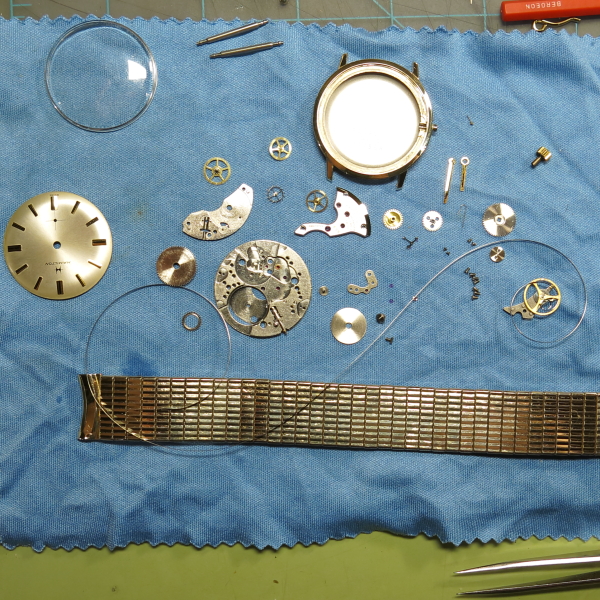 The movement is ticking away with good motion. 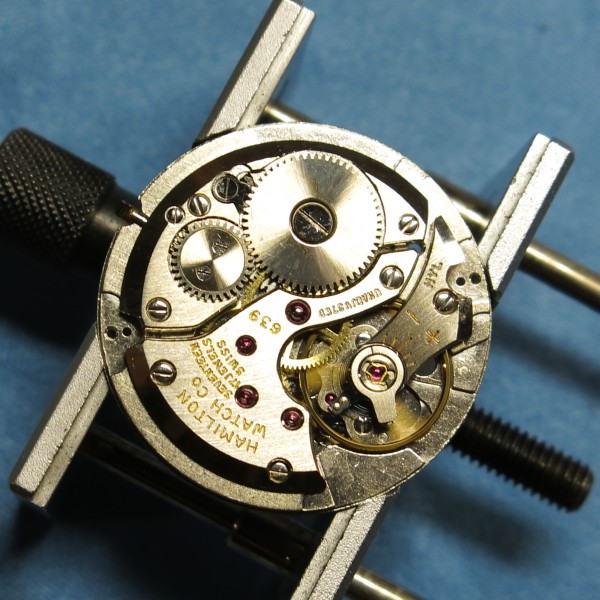 Nothing wrong with this performance but the blurry photo leaves a little room for desire.  I'll leave it running a smidgen fast as it will likely slow a little as it settles back in. 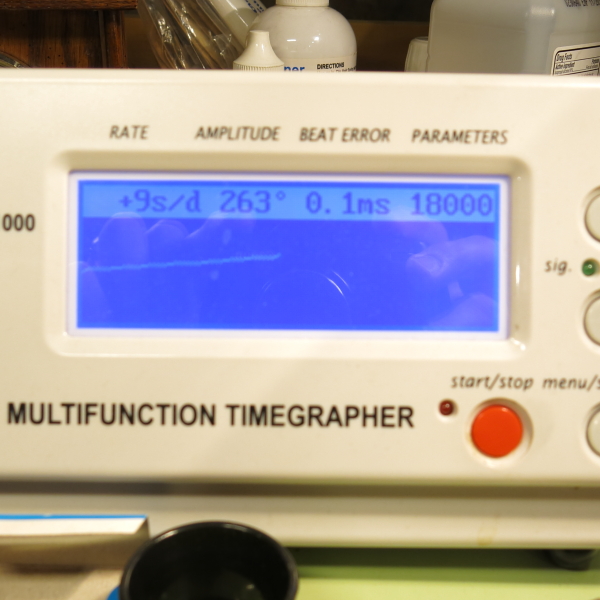 My pillow shot in my light tent reveals that the bracelet actually has a little bit of wear through to the high points.  You don't see that in regular lighting but my camera and light tent are merciless.  I ended up using a PHD crystal so the minute hand wouldn't rub the crystal.  This watch turned out great. 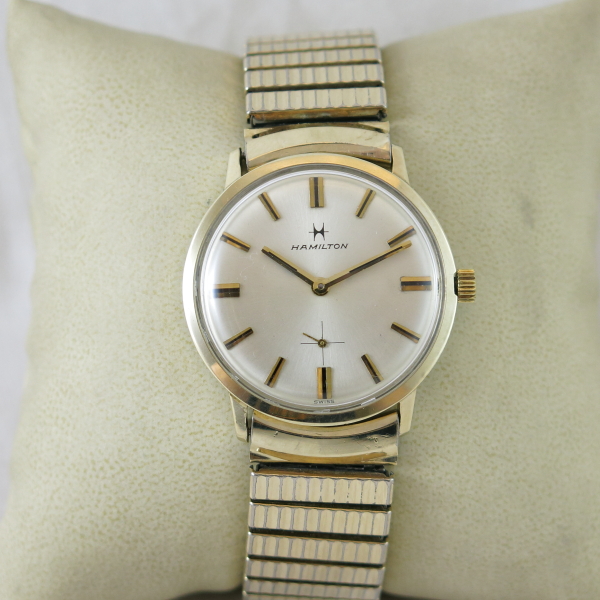 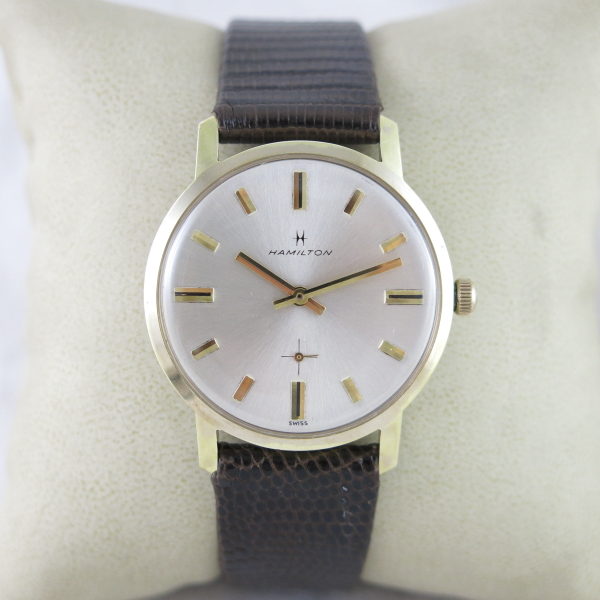