There are quite a few models that are sometimes referred to as European models because they weren't shown in the US catalogs.  Typically they are known by the model numbers on the back of the case.

One example is the 64029-4.  I would probably put this in the Dateline family as a Dateline A-something but it's really only identifiable by the numbers on the back of the case.  The -4 means it's yellow gold plated, there's also a very similar looking -3 that is all stainless steel.  I recently landed a 64029-4 and it looks to be in decent shape but it's missing the second hand. The lugs are fairly short and angled down, that makes me wonder if there's a special bracelet intended to go with it. 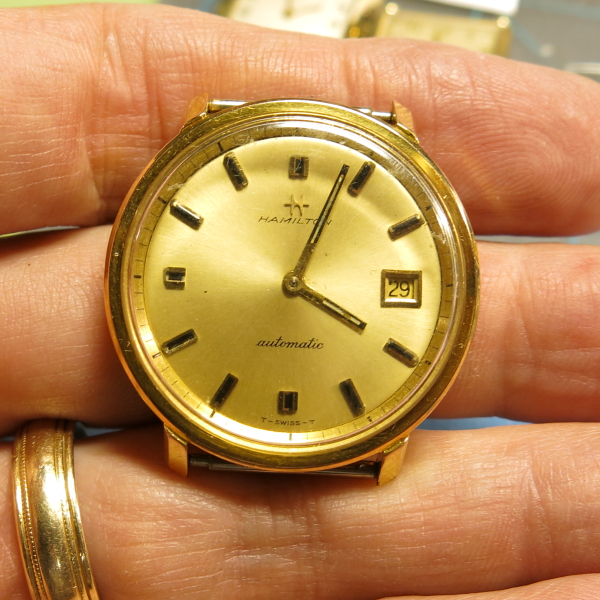 The back is plain and doesn't say Hamilton anywhere on the outside.  It has Hamilton Swiss on the inside though, another clear sign that it's a European model. 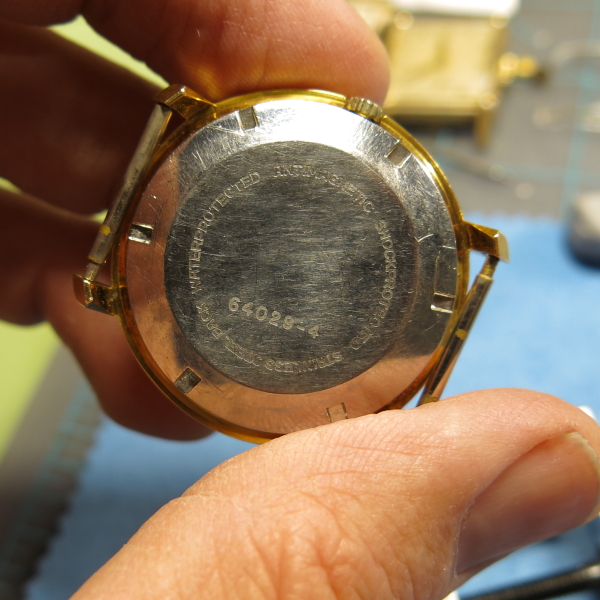 Inside is 21 jewel Hamilton 64A.  This movement is pretty much the same as the 17 jewel 694A but the reversing wheels in the automatic framework have jewels.  In fact, you can see them in the two small golden wheels visible in the shot below.  Each wheel has two jewels and bring the jewel count up from 17 jewels to 21. 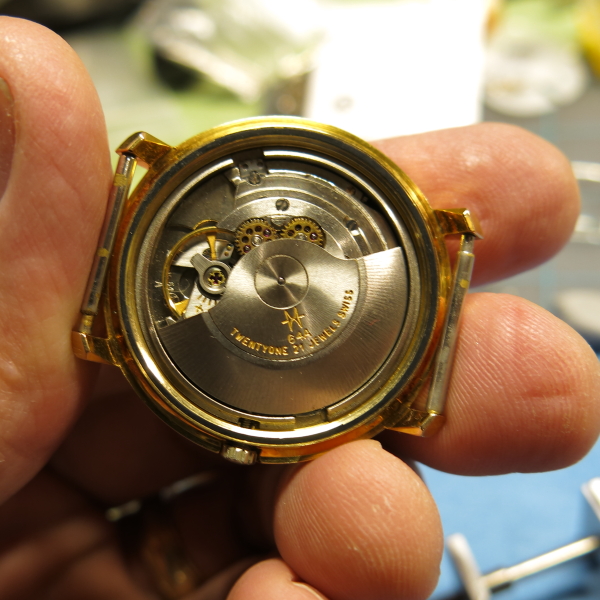 The crown on this watch is very small and tucked into the side of the case.  It's worn so I will replace it.  That will make manually winding the watch a little easier. 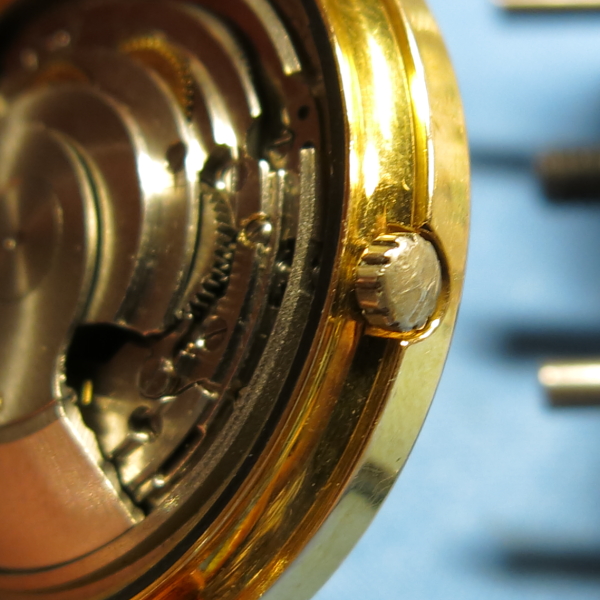 Once the dial and hands are removed, I can set to work stripping parts from the front of the movement. 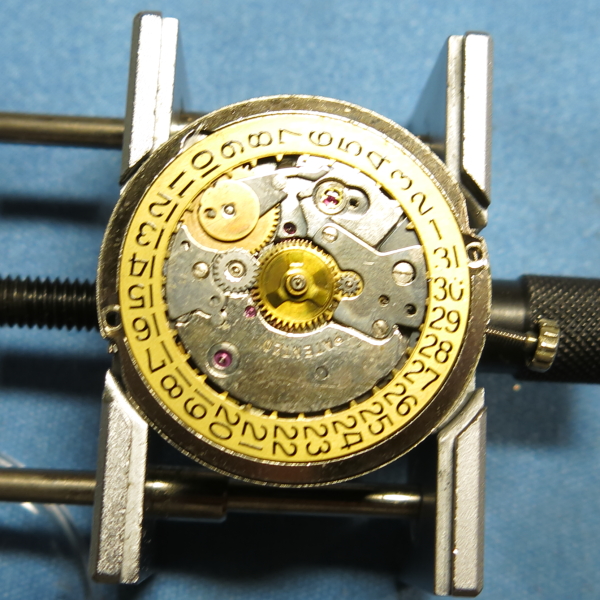 I'm going to replace the crystal since the current one is a bit beat up.  It has a yellow reflector ring which I'll reuse.  I can use an ET 31.5mm crystal with a white ring and just swap rings since the white ring isn't needed. 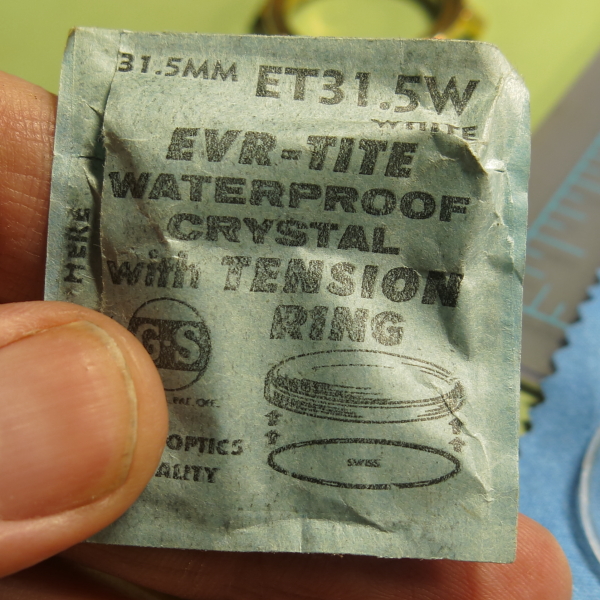 The yellow ring has minute marks and bold lines on 5 minute intervals.  I need to be careful to align it properly when I press the new crystal in place so the bold lines align with the dial markers. 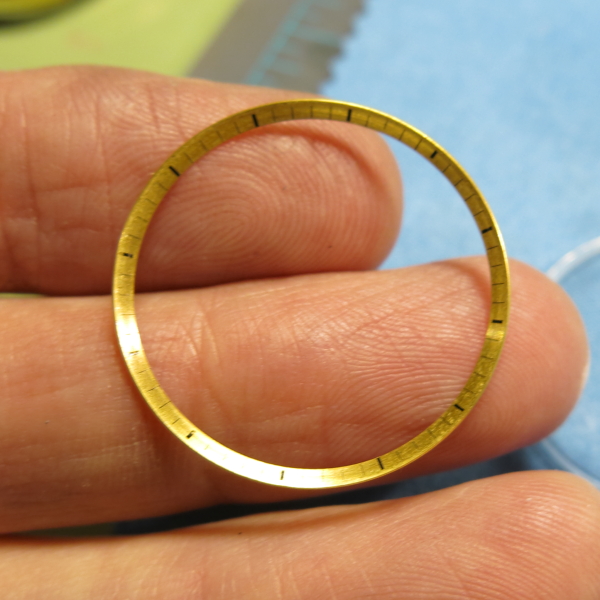 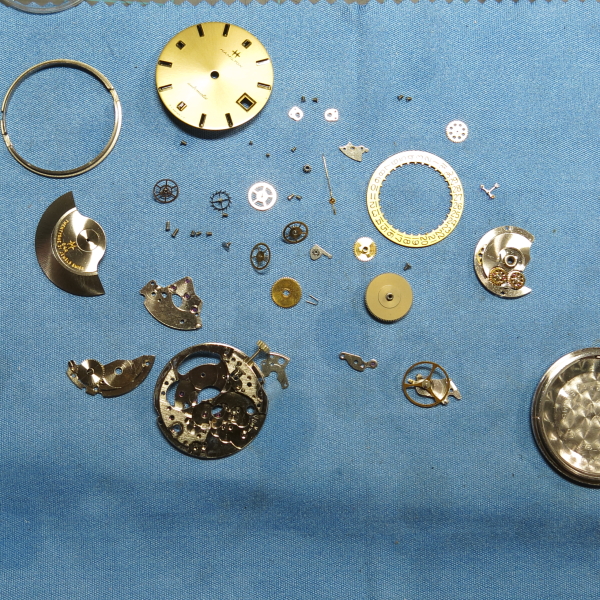 I'll use the stem tube as a guide for aligning the reflector ring and press the crystal into place using my crystal press tool. 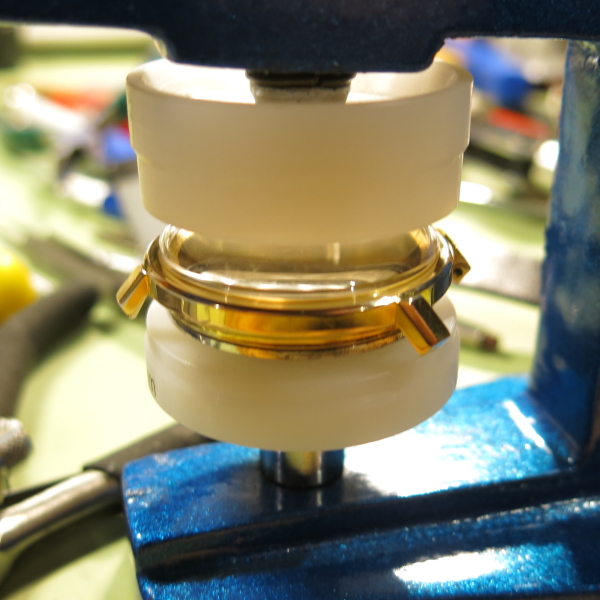 The basic movement is reassembled and ticking away with good motion.  It's off to the timer to see how well it's working. 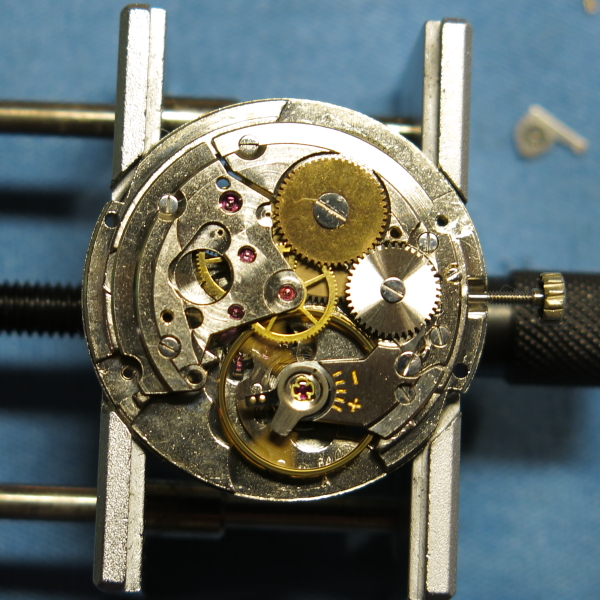 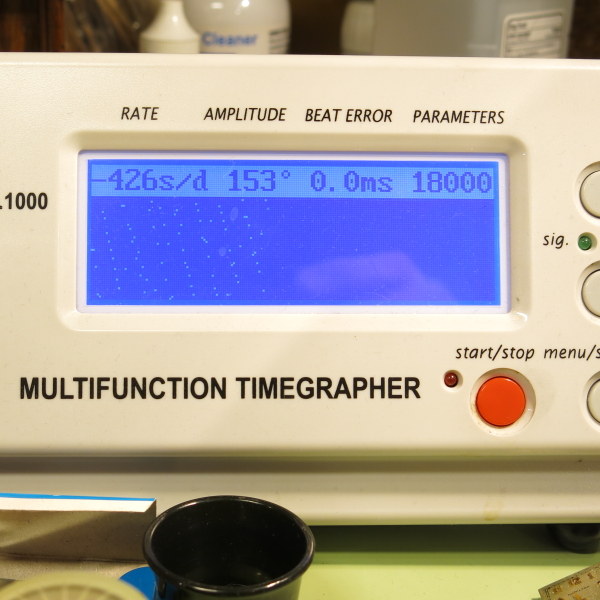 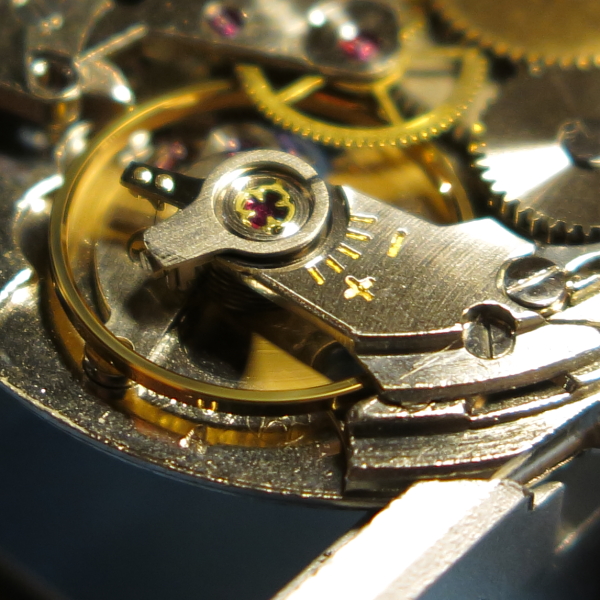 To fix it I need to first remove the hairspring.  Then I can better seat the regulator index and the stud index.  I need to be careful not to bend the prongs on the regulator. 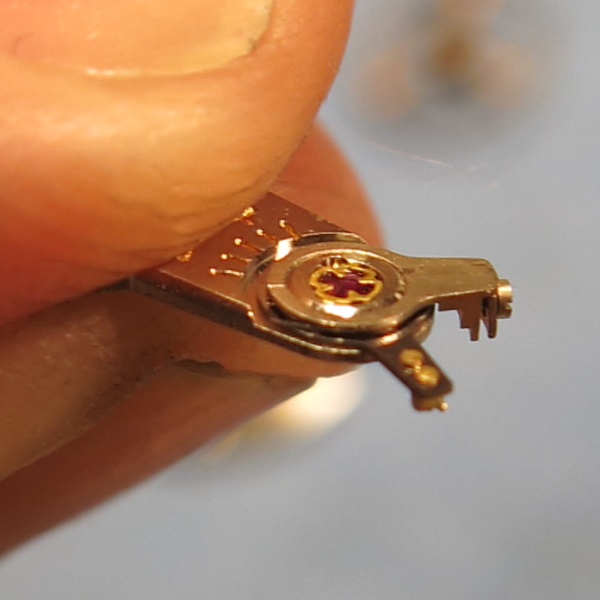 I check the hairspring shape and flatness from this angle.  It's looking good now. 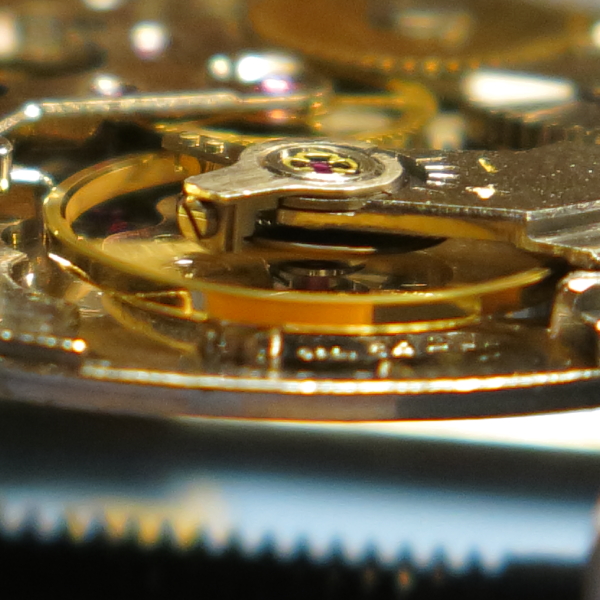 Well, now it's running fast with good amplitude but the beat error is still way too high.  That's not too surprising though since the location of the hairspring stud and regulator were dramatically changed when I took the balance apart.  All I have to do is move them back to their proper relative locations. 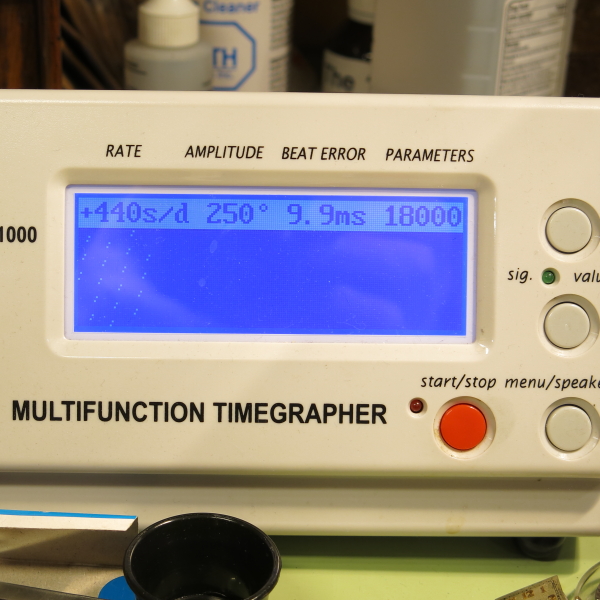 In the photo below, moving the regulator index (with two gold dots) will speed up or slow the watch. Moving the gray stud index will rotate the entire balance and allow me to better align it with the pallet fork and reduce the beat error.  A beat error of 0.0 would mean the balance and pallet fork are perfectly aligned and the balance swings equally to each side. 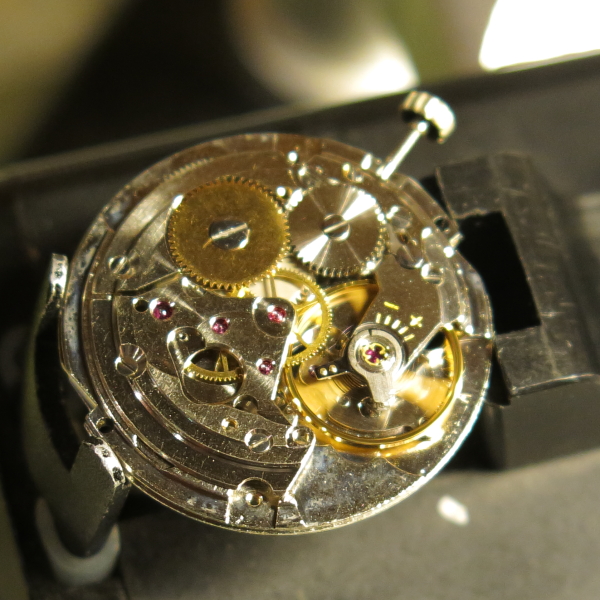 I'll make a best guess and see what happens... now it's still a little slow and the beat error is better but still too high. 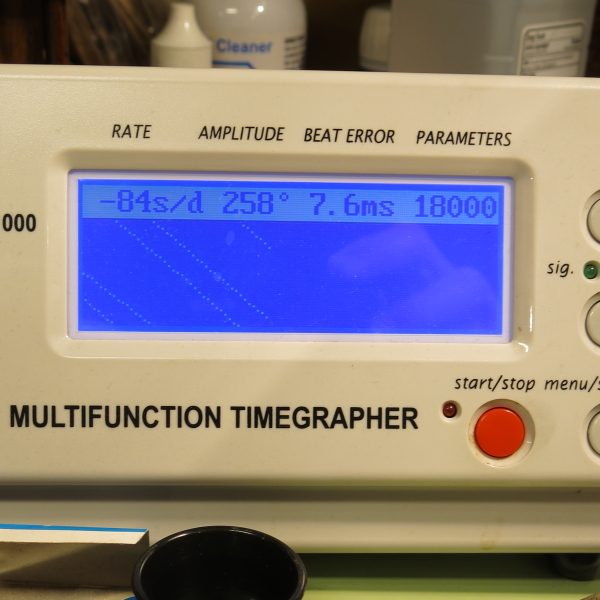 I thought I nailed it on my next attempt as the two lines collapsed into a single line.  However, when the beat error popped up on the display at 9.9ms I knew I still had work to do. 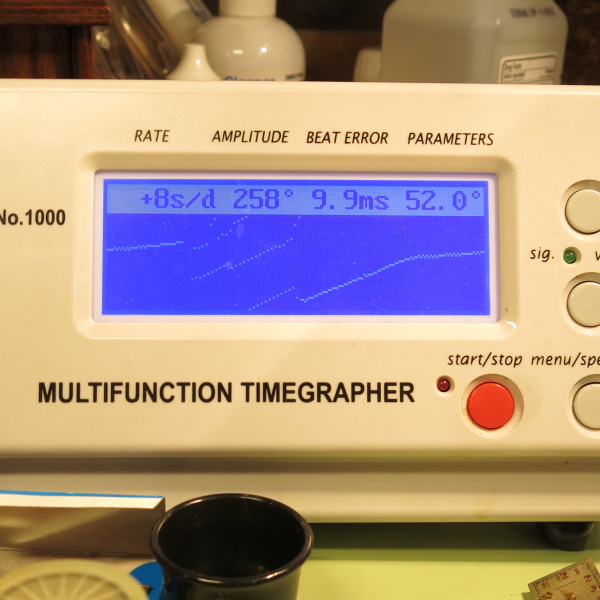 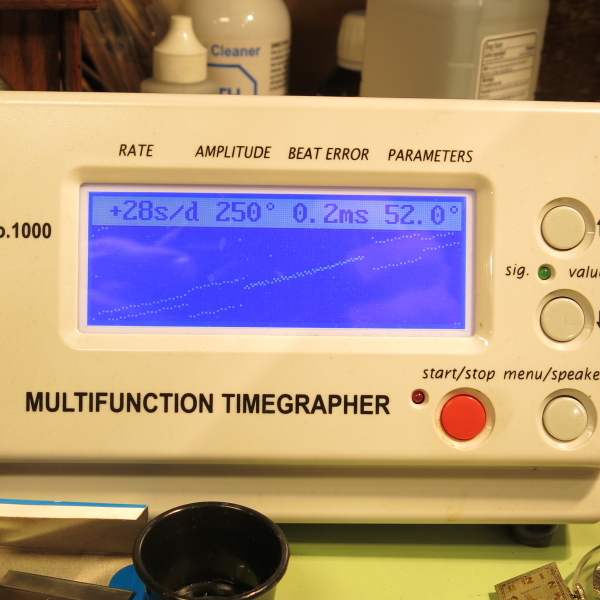 Here's a shot of the regulator and stud locations to compare with above - notice the locations are different, relative to the balance cock and to each other. 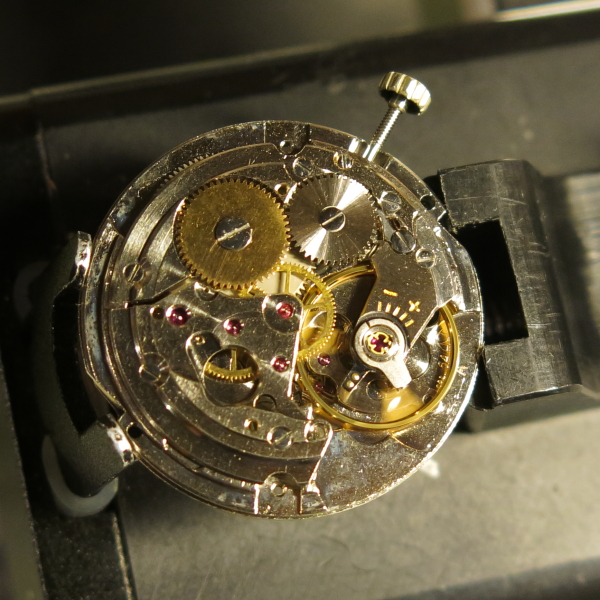 The dial-side can now be outfitted with the calendar complication parts. 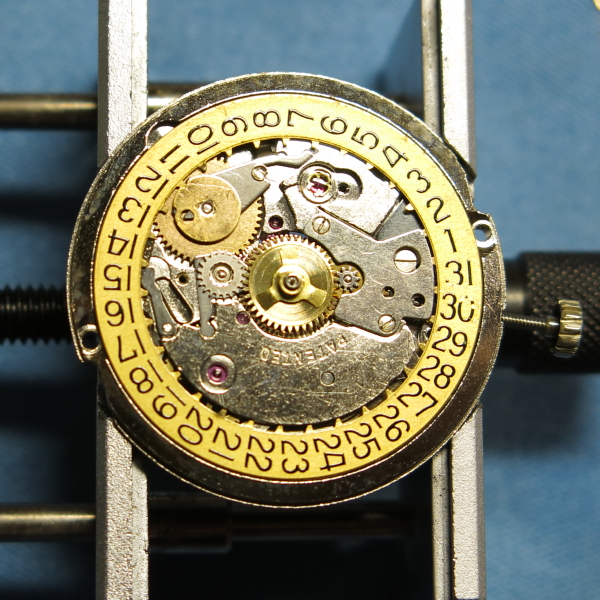 This crown appears to be tiny but it's actually 3.5mm.  The original and it's replacement is shown below.  I tried a 4.0mm crown but it was too big for the recess in the side of the case. 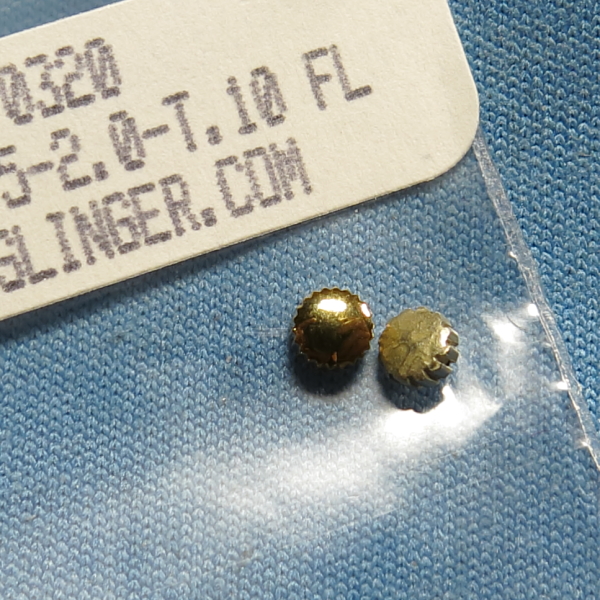 I have no idea what second hand was originally on the watch.  The hour and minute hands are gold and black with luminous paint.  The dial is golden in color too so I think a gold second hand would be hard to see.  I happened to have a black second hand and it was the perfect length to reach the minute track.  In my opinion it's a perfect addition and complements the dial and hands exactly.  Outfitted with a fresh genuine lizard strap, this watch is ready for some wrist time. 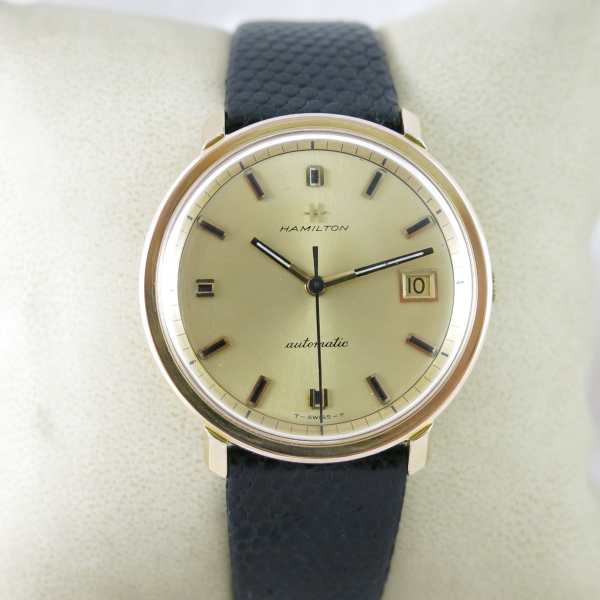 The new crystal and crown make this watch look it just left the jewelry showroom floor. 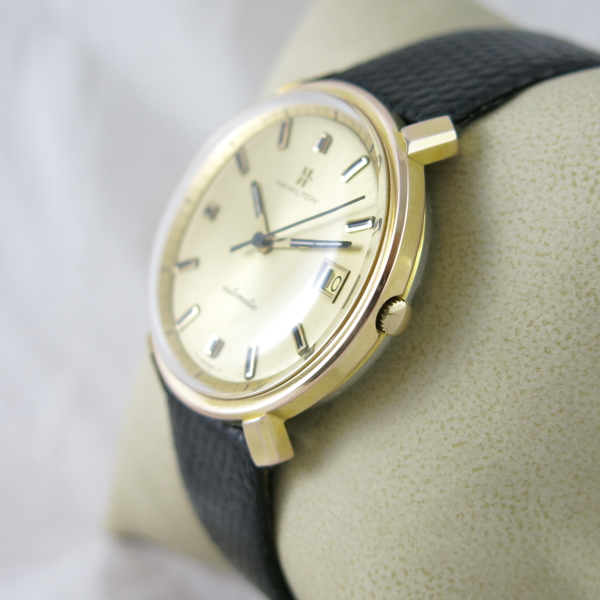