In 1961 Hamilton introduced an unusual experiment - wooden dials.  Five different men's models featured dials laminated with exotic woods.  The manufacturing process proved problematic and the models were not well received by the public so the model line was dropped after 1962.

One of the five men's models is the Sherwood N.  It's an automatic model in a 14K gold case and featured a Mexican Mahogany wood dial. 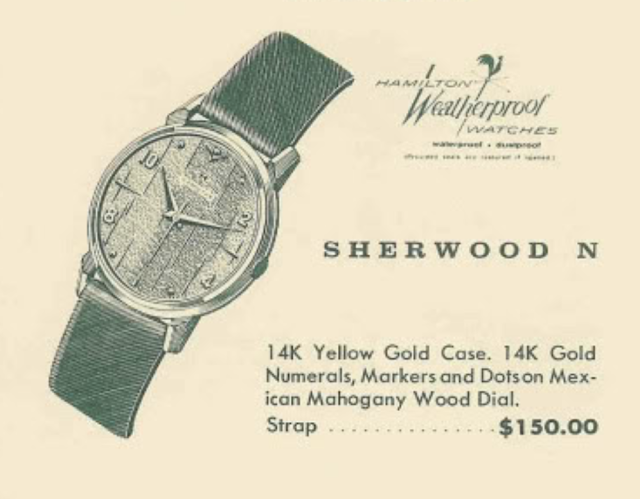 If the Sherwood N looks familiar it's probably because it's modeled after the 1957 Automatic K-203. 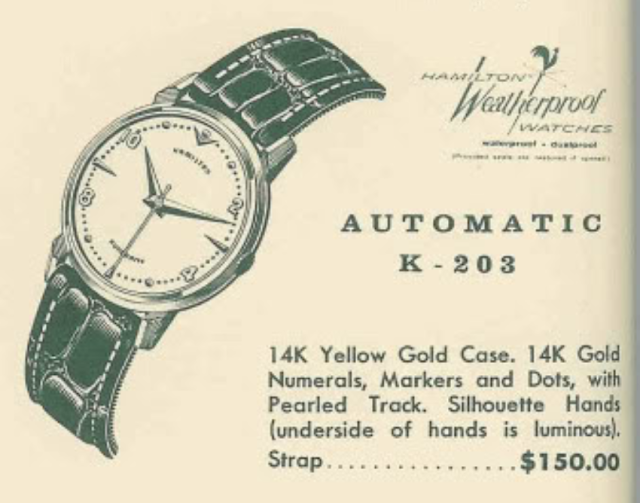 Sherwood models are extremely rare.   Including the Sherwood N, I've only come across three of them.  I don't know how many were made but you very rarely see them for sale, and certainly not the the Sherwood N.  I happened to have a friend send me his for a little TLC.

As received, it was in decent shape but a little beat up.  A lot of times when you see Sherwood models the dials can be rough but this one looks to be in good condition. 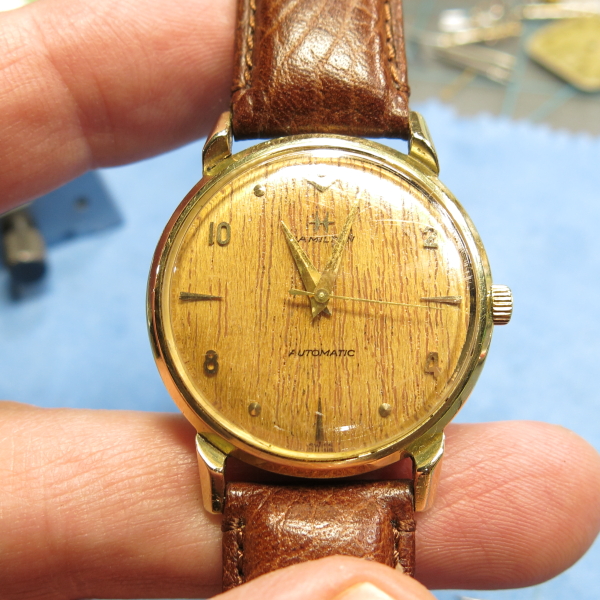 The case back unscrews to reveal the movement. 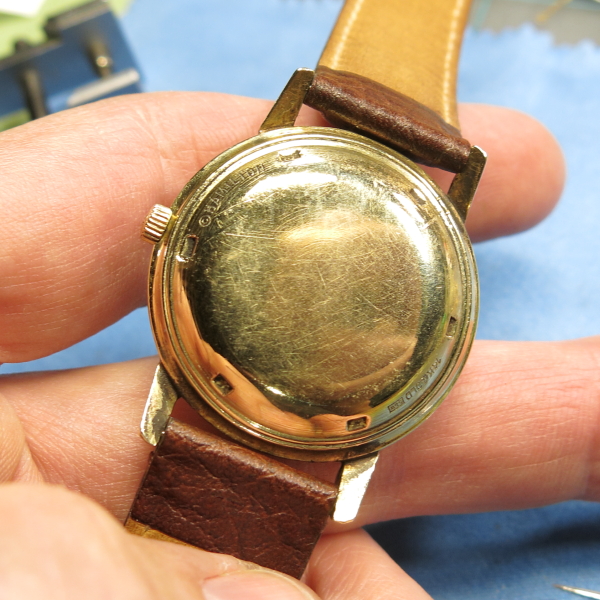 Being a 1960's K-series model, the movement inside is a 17 jewel Hamilton 667 movement.  Based on the looks of it, it's been quite a while since this one has been overhauled. 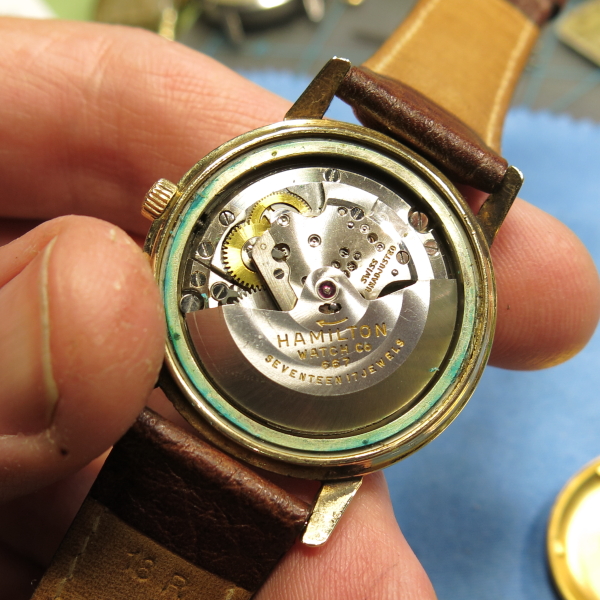 It has been overhauled quite a few times in the past 57 years, based on the various watchmakers' marks inside the case back. 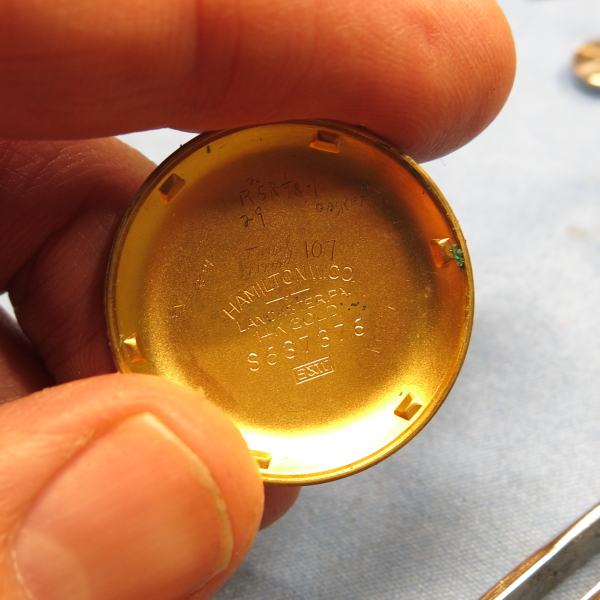 Although the catalog image doesn't say so, these hands are silhouette hands with radium paint on the back.  I'm surprised that hasn't taken it's toll on the wood dial.  I'll remove it in the cleaner. 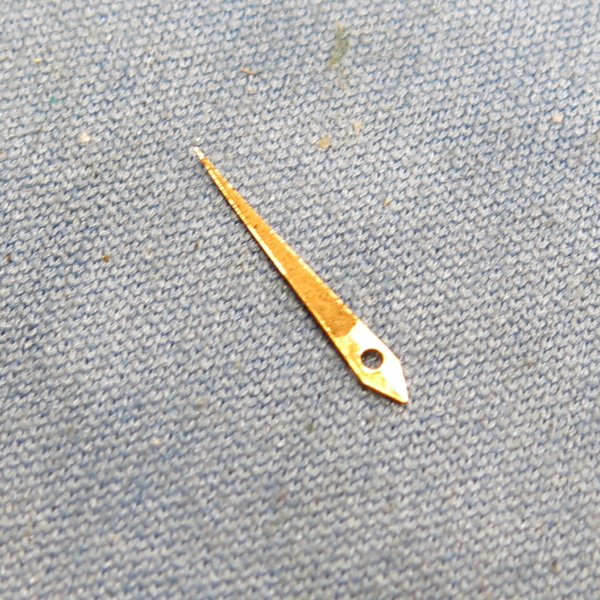 The crystal on the watch has served it's purpose and taken a few shots in protecting the watch.  Replacing it with a fresh crystal will be a nice improvement. 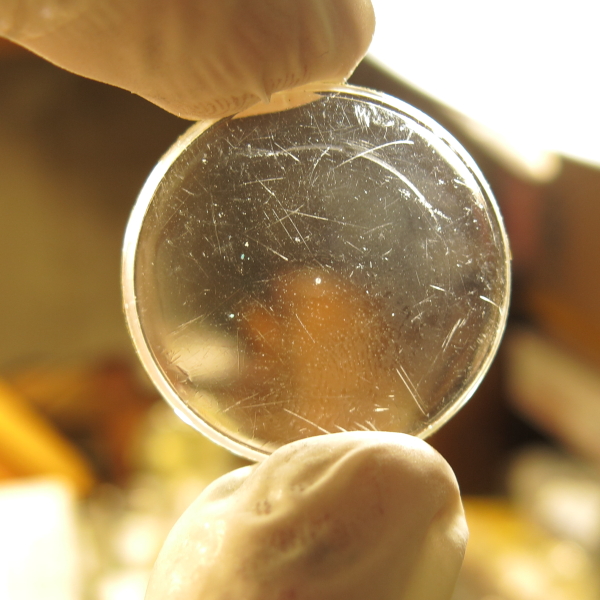 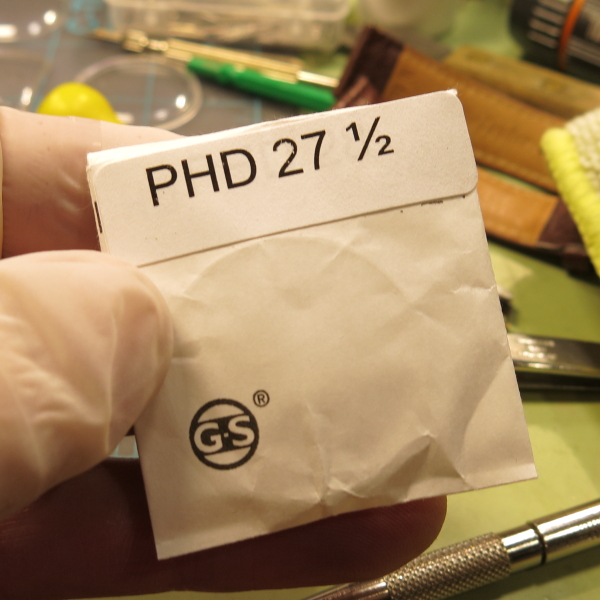 The reassembled movement is now ticking away with a good motion.  Let's see what it looks like on the timer. 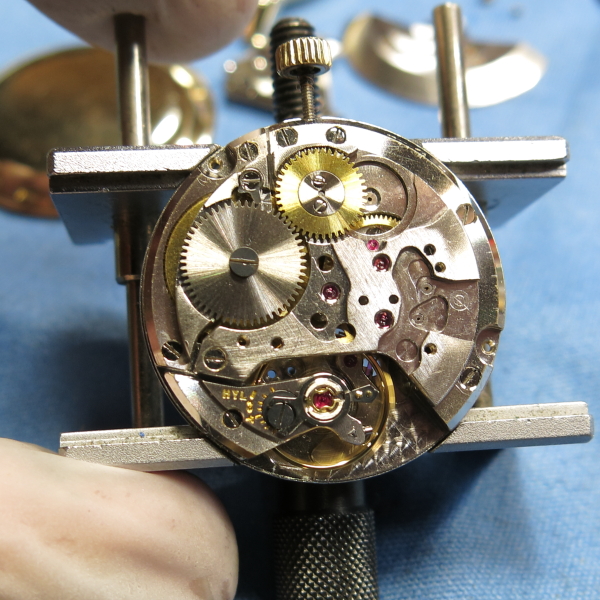 Hmm... something inside is making a little extra noise.  I'll give the hairspring another cleaning. 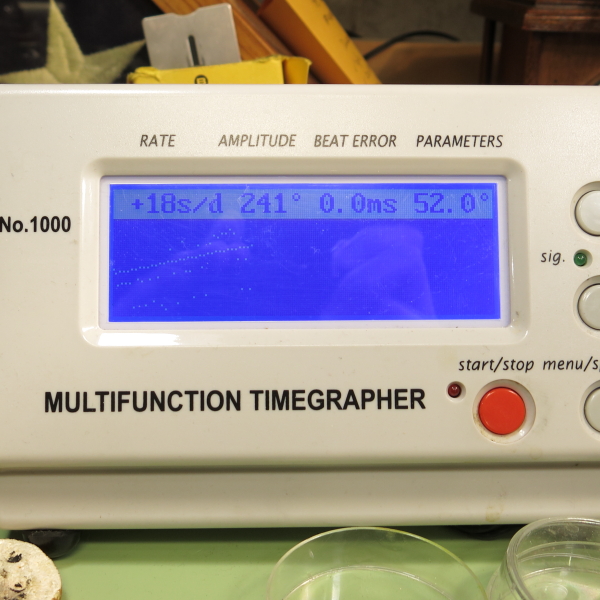 There - all better.  Everything is looking good. 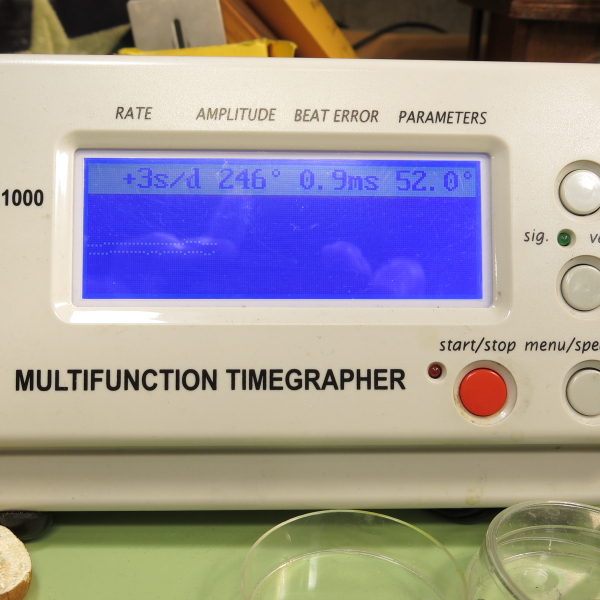 The movement is reinstalled in the case with a movement ring to hold it inside. 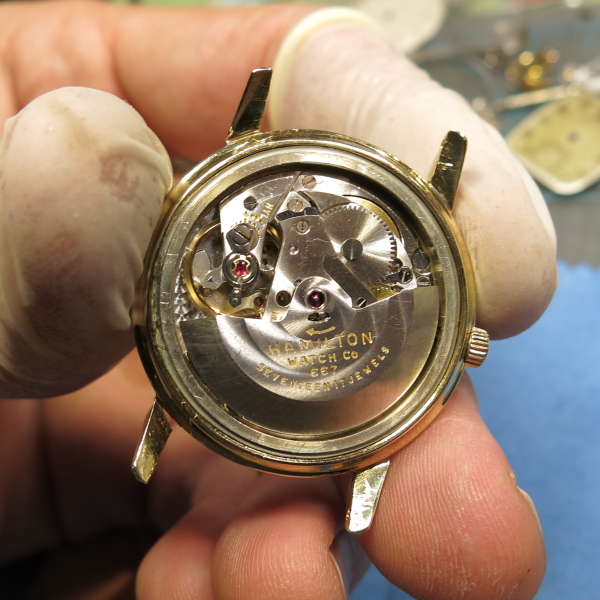 This watch looks great but it's a little hard to photograph.  You can barely see the second hand against the dial but when the light catches the gold it really sparkles. 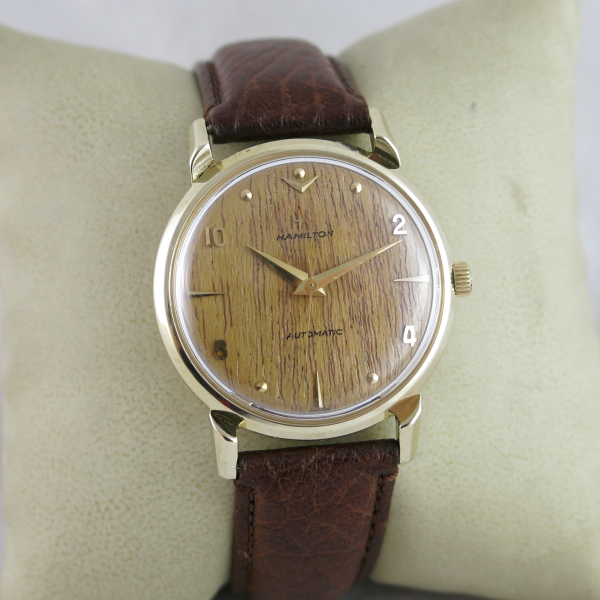 I think one of the reasons these models weren't very popular is the wood presents a very casual look to what would arguably have been a very elegant watch.  Priced at $150 in 1961, that was about $1250 in 2018 dollars.  I think the wood dial on a K-203 would be like wearing jeans with a sport coat and tie.  Some people can pull that off but most people wouldn't even try. 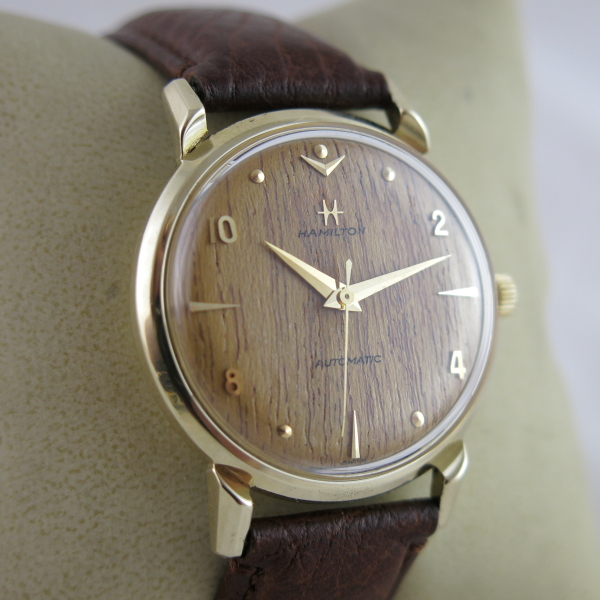 Today the appeal of the Sherwood models is their rarity.  Anyone can go into a jewelry store and purchase a modern Rolex, if you've got the scratch for it, but very few people will ever find a Sherwood N in the wild today.
Posted by HandyDan at 7:00 PM