Hamilton has a rich heritage of making military wrist watches, most notably watches for the American military in WWII but also for Canada and even Russia!  They also made watches for the US Marines in Korea.  Then, in the late 1960's through the 1980's Hamilton made field watches for ground pounders and slightly more accurate watches for US aviators.

However, Hamilton also made wrist watches for the British military - Army, Navy and Royal Air Force.

One of the mechanical wrist watches models is referred to as the W10, based on the markings on the back.  The same model could be marked 6B or 6BB, depending on if it was for the RAF or Navy - I don't recall which is which though.

What's interesting about the W10 is it uses the same caliber movement used in the US GG-W-113 wrist watch, the 17 jeweled Hamilton 649.

One of the hallmarks of a British military watch is the "broad arrow".  The symbol is an arrowhead, usually pointing upward and it indicates British government property. 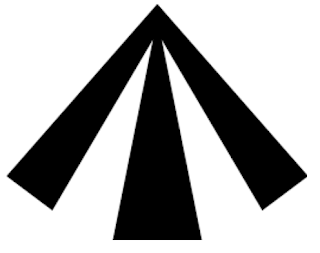 Although 1970's watches really aren't my thing, I recently purchased a GG-W-113 project watch and I needed to replace one of the balance jewels.  As I was researching the 649 movement, I happened upon a W10 for sale and I wound up purchasing it.

You need to be careful with 1970's military watches, there are a lot of fakes.  I'll point out some of the features to look for to authenticate a Hamilton W10.

First off, the watch has a one-piece matte-finish case, not polished bright.  Close attention should be paid to the shape of the 0 in 10.  It should look like a long oval and not a round O.  The hands are a matte-finish and their shape is unique.  Notice the lume on the hour hand is squared at the tip.  The second hand is also matte finished.

My project watch is a bit beat up but it's not too bad and I think it will clean up nicely.  I was excited when it arrived so I wound it up and wore it for a day.  I noticed it was running very fast... about 6 minutes a day. 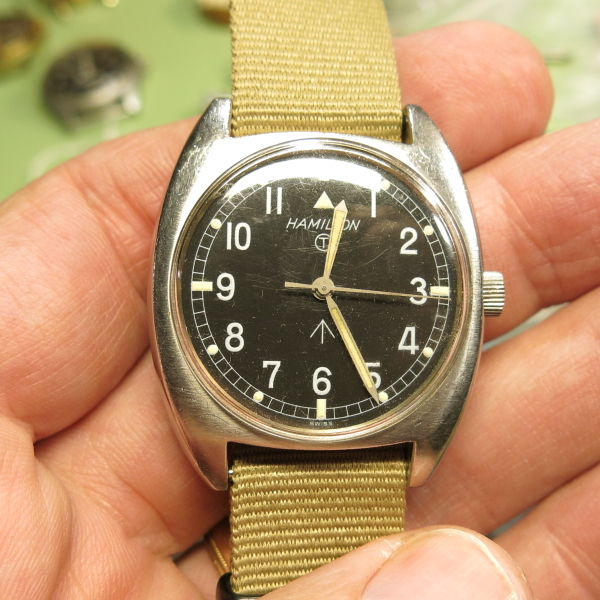 Here's another thing to look for, the spring bars are fixed and you should see them on the outside of the crown-side of the case. 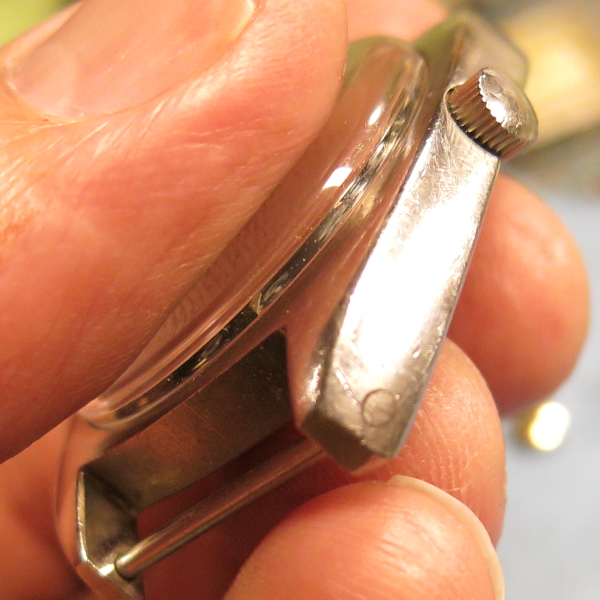 However, on the other side of the case there is no sign of spring bars. 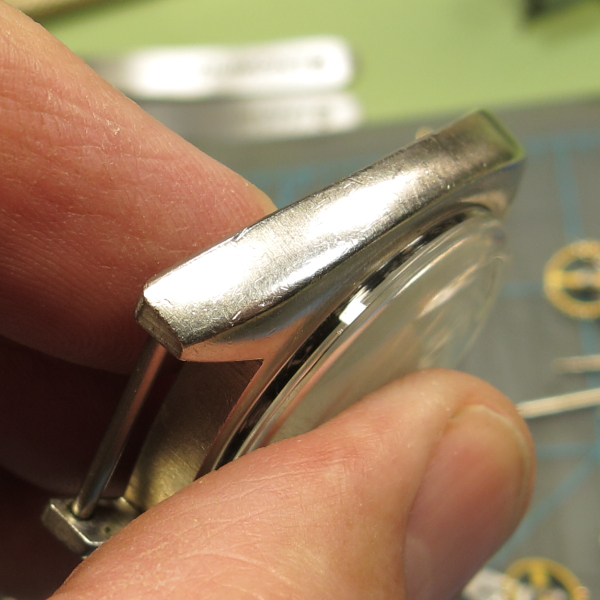 This watch is marked with W10 and a serial number ending with 73, indicating it's from the first year of production. 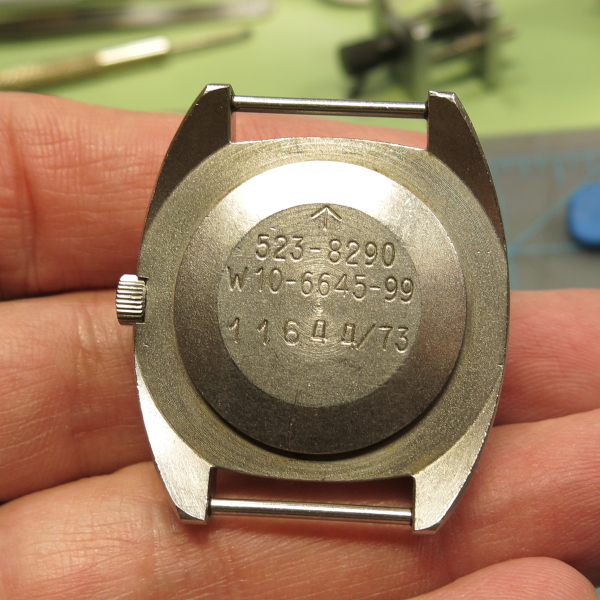 The movement comes out the front of the case.  Based on the crud around the screws on the ratchet and winding wheels, I'd say it's been a while since this watch was last serviced.  It's interesting to note that on the British 649, Hamilton removed the ETA caliber number that is traditionally stamped under the balance wheel.  On other 649s you will see 2750 stamped under the balance.  So if you need a part for the 649, any 2750 caliber will be a suitable donor. 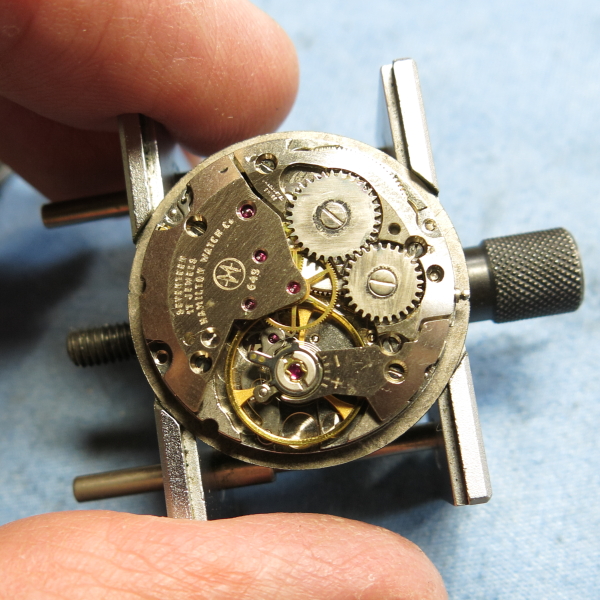 The two dial feet are held by springed levers that press into the side of the feet when they're installed.  You just pivot them outward and then you can lift the dial off. 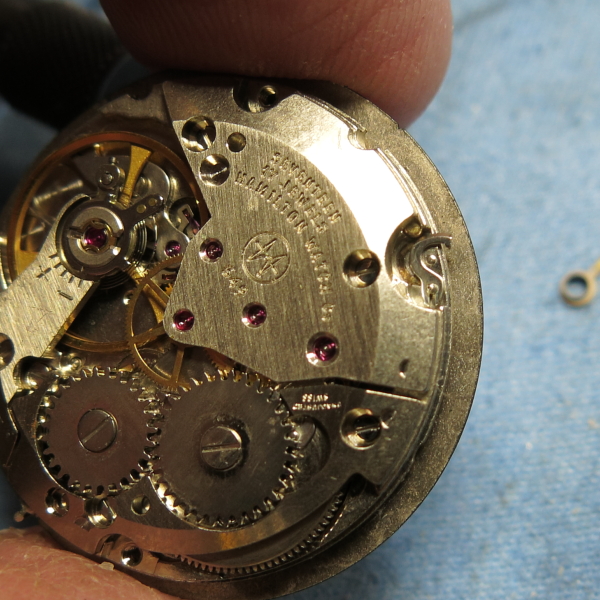 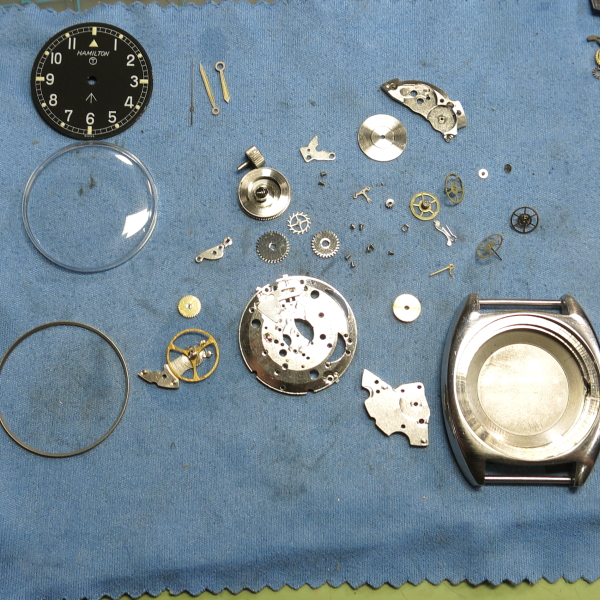 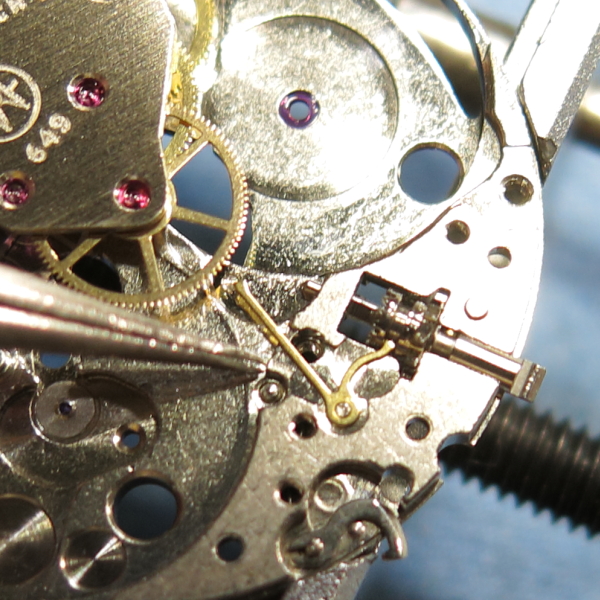 The reassembled movement is noticeably cleaner and it's ticking away with good motion.  I hope the watch is running slower now that it's been cleaned.  Placing it on the timer will tell me for sure. 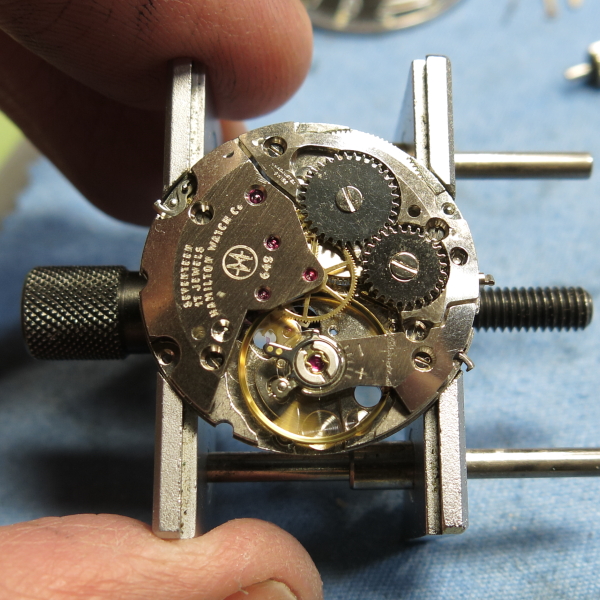 Darn - still running fast.  The amplitude is a bit low and the beat error is way too high.  First I'll go after reducing the beat error. 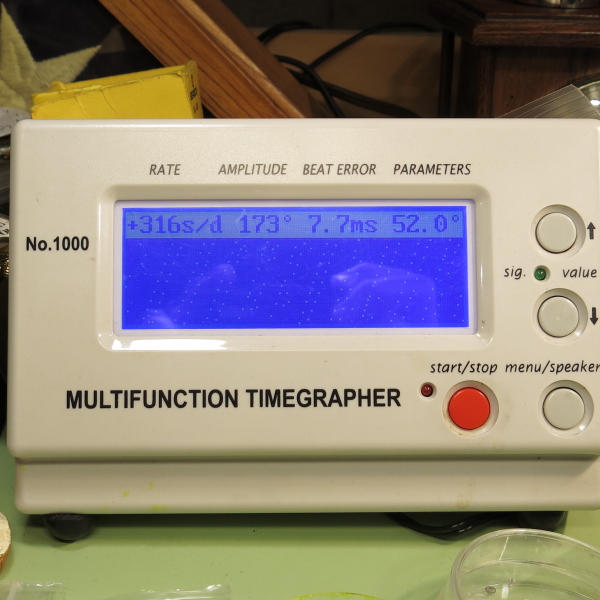 Moving the position of the hairspring stud on the balance cock adjusts the position of the impulse jewel relative to the pallet fork.  Once it's centered the beat error will approach zero.  1.2ms is much better and the watch has slowed a bit and the amplitude has come up - so that's a good sign. 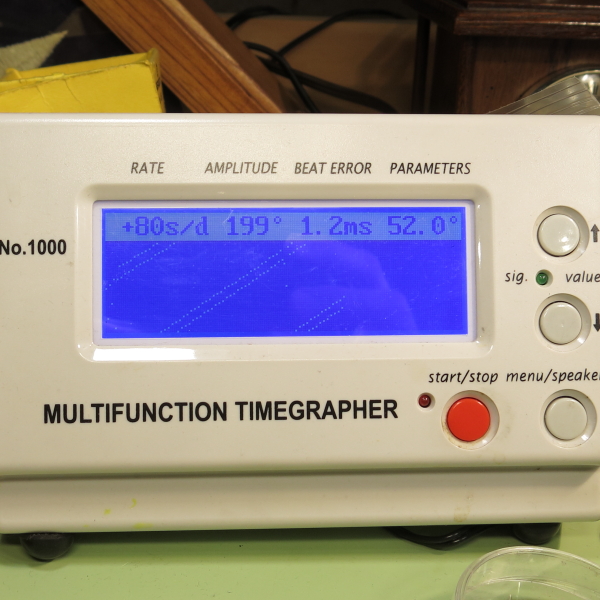 A little more tweaking here and there and here again and I've got the watch running just a smidgen fast and the beat error is a more than acceptable 0.5ms.  The amplitude eventually came up even further after I took this photo. 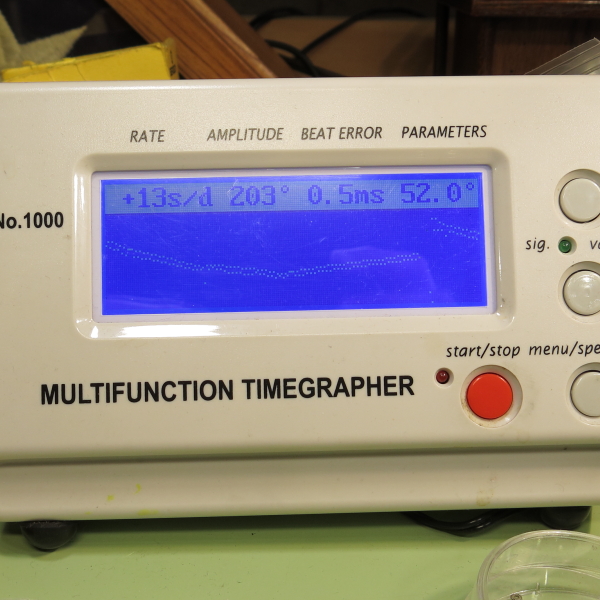 WOW!  This watch turned out fantastic.  I brushed the case with 800 grit sandpaper while the parts were being cleaned and polished the crystal.  Now you can really see what a W10 ought to look like.  The circled T indicates tritium in the luminous paint.  This is an excellent watch - I can see why it usually sells for north of $700. 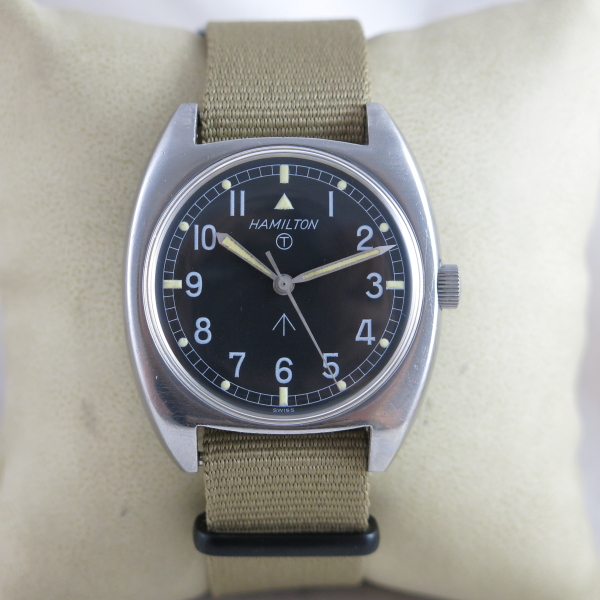