I recently received a question about the various military watch cases out there.  It was a great question and I didn't totally understand it myself until not too long ago.  I've learned a lot from other collectors - especially Tim Stapleton - to whom I credit much of the information below.

I've done other posts on the subject in the past - so check out these posts for more information.

Hamilton's production was dedicated to the war effort during WWII.  In fact, Hamilton also made watches for the Canadian and Russian military as well.  Over the course of the 1940's, various contracts and enhancements resulted in a variety of very similar-looking watches being produced.  For the US military, they generally were produced as follows... 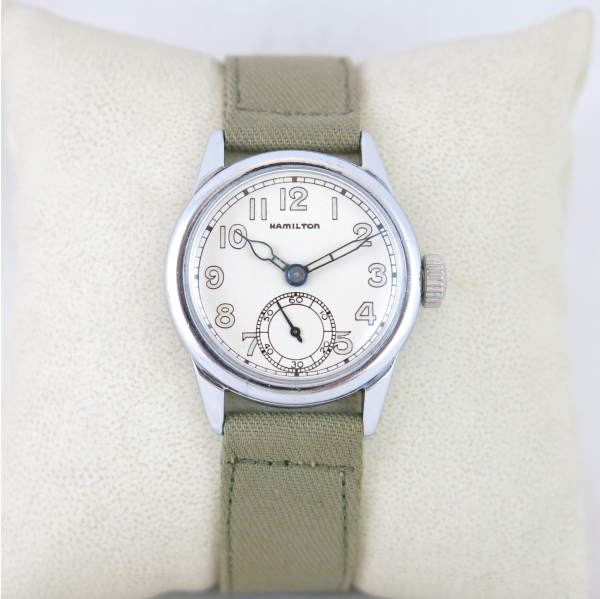 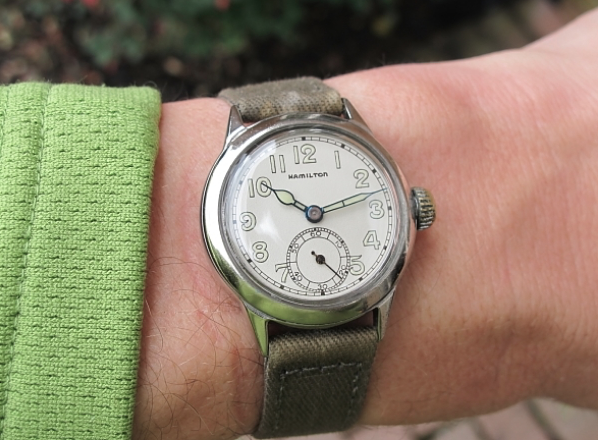 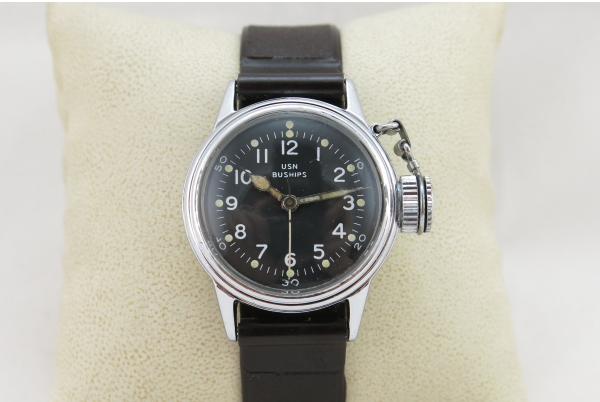 The next few watches have Keystone cases with an H between the lugs and the case back is engraved to denote what part number (model) it is. 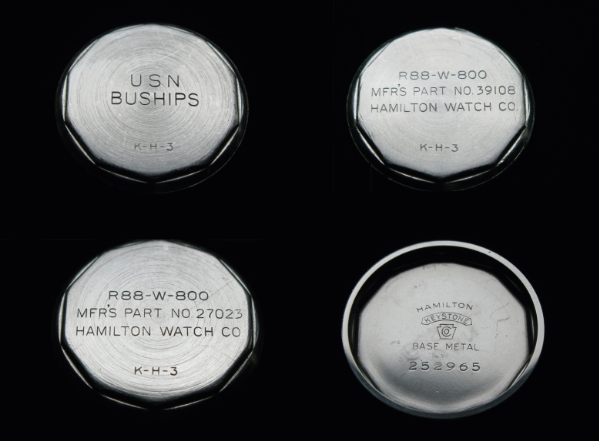 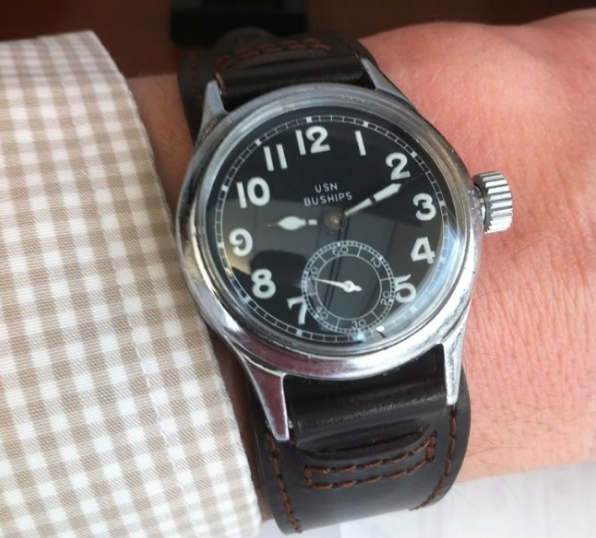 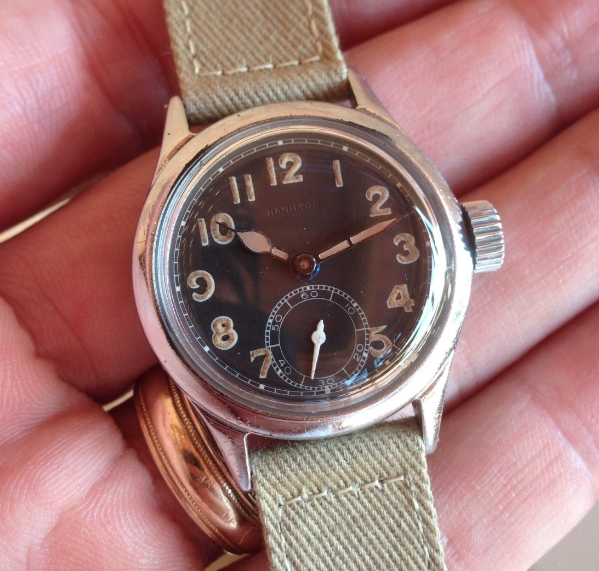 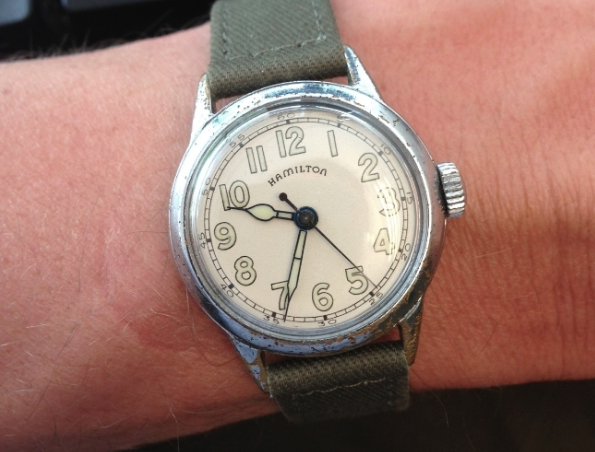 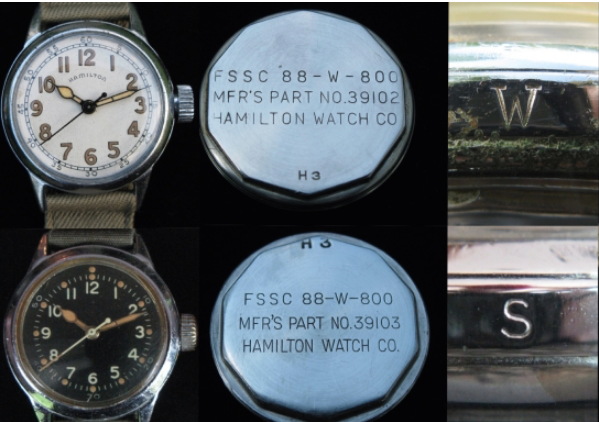 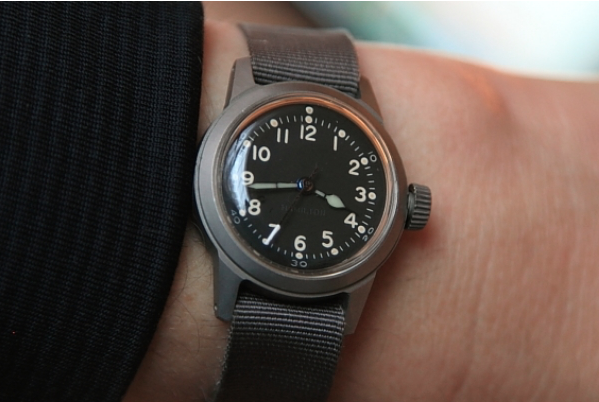 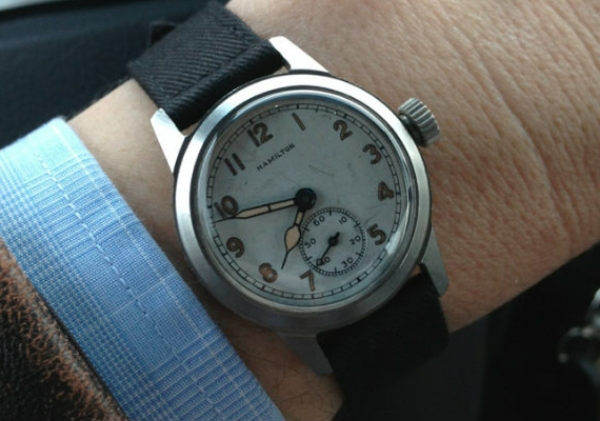 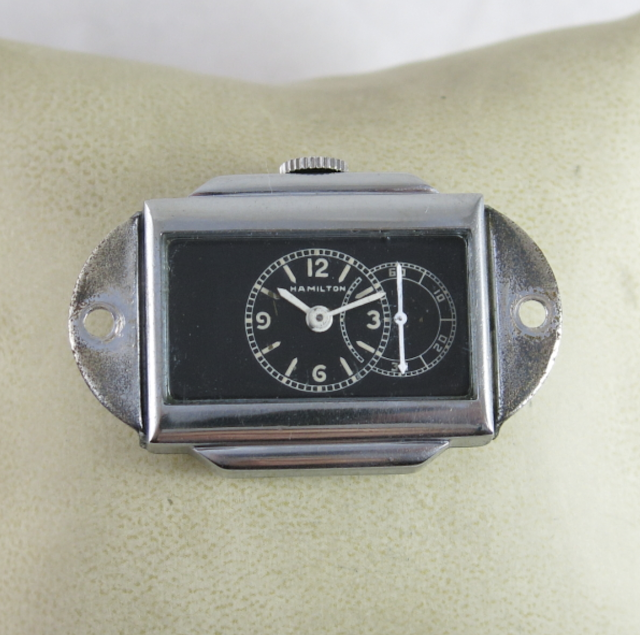 The 17 jewel 14/0 sized 980 movement was outfitted with a "hack" mechanism to allow the operator to stop and start it.  Collectors often modify the case to form lugs in order to apply a strap to it, but it's not technically a wrist watch.

Hamilton also provided watches for the Russian and Canadian Military
So as you can see, there's a myriad variations of military watches and figuring them all out can be quite confusing... and this is just the Hamilton models.  If you extend your collection to Waltham, Elgin, or Benrus, etc. you have even more to try to work out.

But hopefully the information above is helpful to resolving the mystery behind Hamilton military cases.