B-models were typically used (starting in the 1950's) when a model got a movement change that required a different case.  So you will see a lot of B models in the 1952 timeframe when Hamilton transitioned from 14/0 sized movements to 12/0 movements.  You will see them again in the 1956 timeframe when Hamilton introduced the 12/0 sized 770 movement that replaced the 8/0 sized movement in some models.  If the 770 replaced an earlier 12/0 movement like a 753 or 754, the model name stayed the same, since the case didn't have to change.

But what to do about all the extra Illinois-branded movements in inventory?   Well, use them up in B-models and once they're exhausted switch over to new Hamilton-branded Swiss-made movements.  A good example is the 1956 Landon B.  It was made for only one year and then in 1957 & 58 it was known as the Landon. 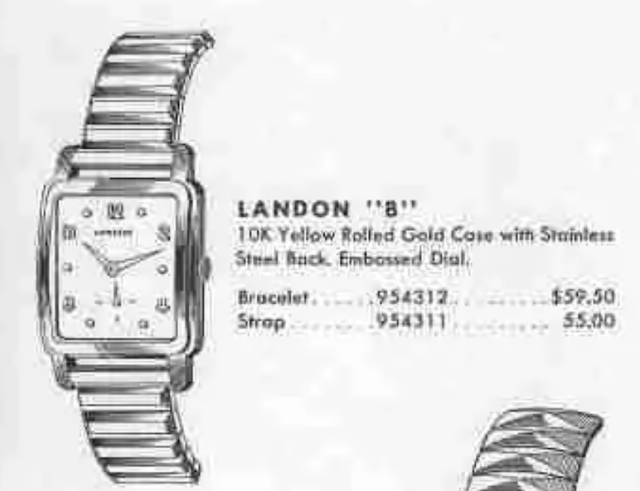 It's interesting to note that the two models are almost identical but they're not completely the same.  Other than the movement inside, the only other difference is the Landon B has dots at the even numbered hours and the Landon has wedge-shaped markers.  The prices were the same though but they did have different product numbers for the strap and bracelet-equipped options. 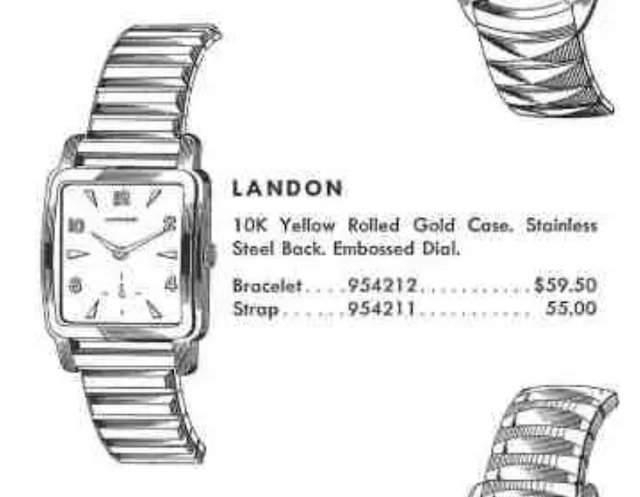 Knowing how to spot the difference between a Landon B and a Landon, you can quickly determine that my project watch is a Landon.  You might also be able to tell that the crown is an obvious replacement. 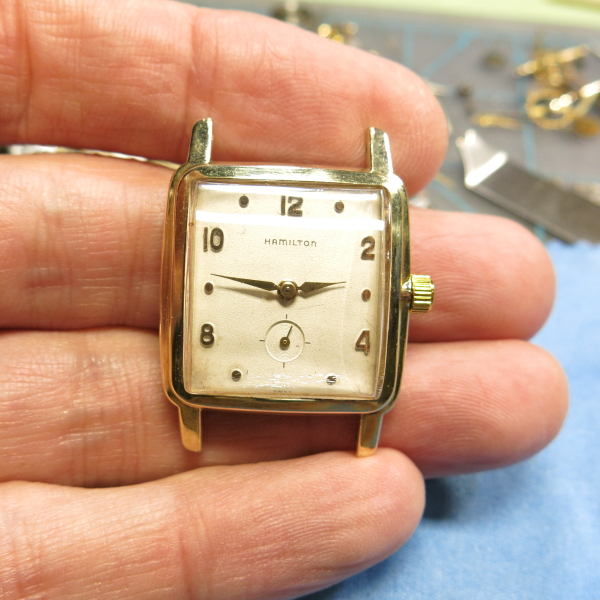 The case on the watch looks really good - almost unworn. 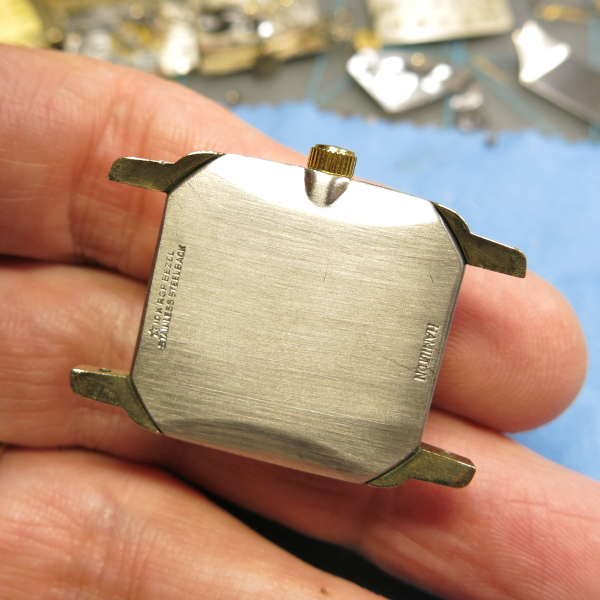 The casebook has the classic 12/0 sized cutout and is clearly marked Landon "B" inside.  The number inside the case is a unique serial number for the watch and doesn't mean anything other than there's probably a Landon B out there somewhere with a serial number ending in 486 or 488. 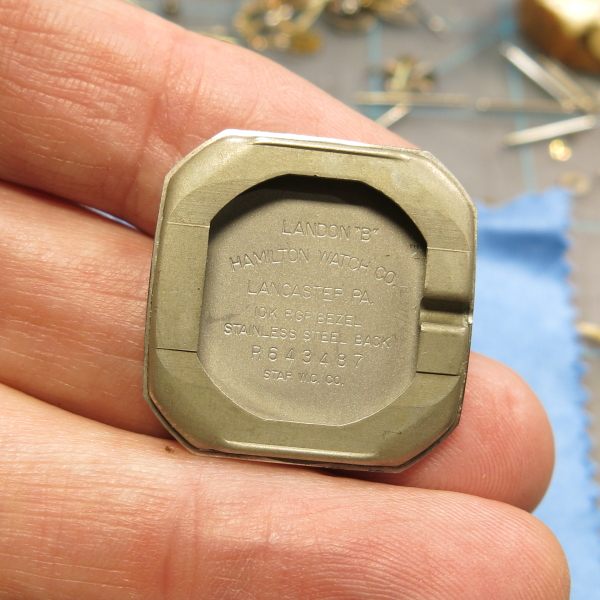 The movement inside the Landon B is an Illinois branded ETA 1220.  It didn't get any special markings other than the Illinois name.  The TXD on the balance cock is the import code for Illinois so all Hamilton Illinois movements have TXD on them, regardless of grade.

Notice how long the stem tube on the crown is.  That means the stem on the movement is very short and I'll have to find a better looking dress crown with a long tube or I'll need to replace the stem too. 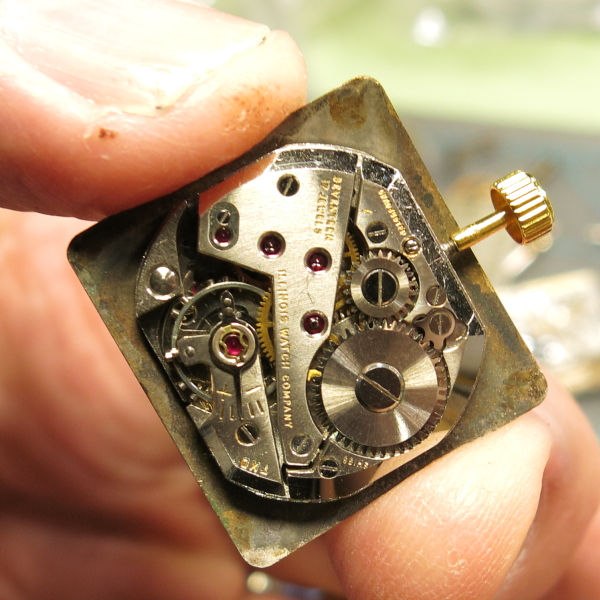 Most Swiss-made movements are stamped under the balance with the makers mark in a shield and the number of the caliber.  If you look closely you can make out ETA and 1220. 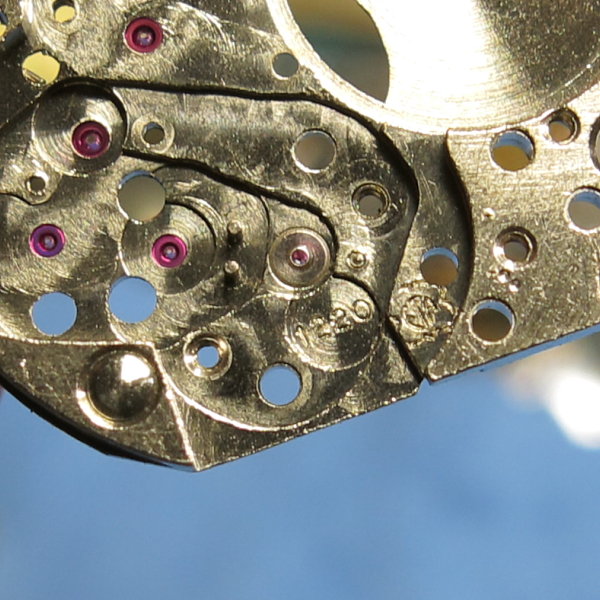 Everything is taken apart and cleaned.  It's been a while since I've worked on a basic manual winding movement - so this is like a mini-watchmaking vacation for me. 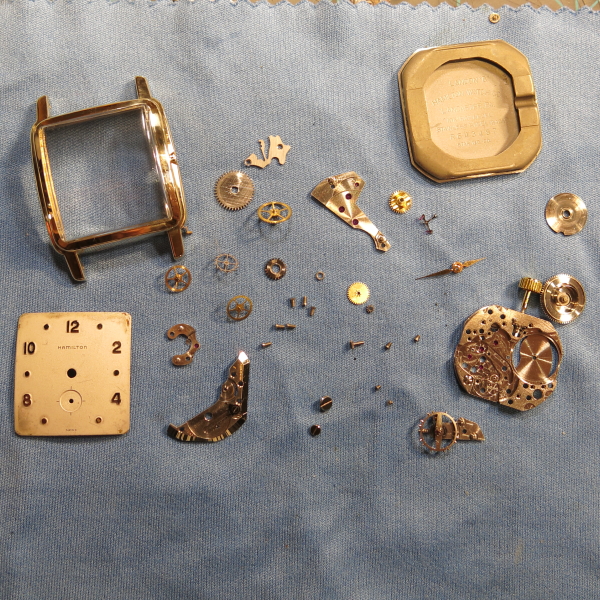 Although the listing for this movement said it was "serviced", I think the parts look a lot shinier now than when I started.  I think some people think "serviced" means additional oil has been applied to the jewels.  The watch is now properly overhauled now so it's time to see what the timer thinks of it. 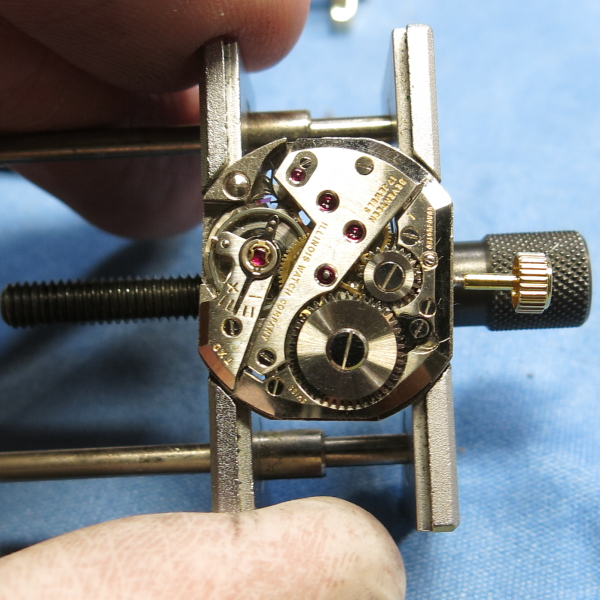 Well, not too shabby but the beat error of 3.9ms is a little higher than my upper spec limit.  The closer to zero the better, below 1 is good and between 1 and 3 I'll live with.  Unfortunately, although this is an ETA movement and usually ETA movements are easy to adjust, this is an earlier ETA grade and it's even more difficult to adjust than US-made Hamilton movements.  The regulator fork need to be opened in order to free the hair spring and the closed after the adjustment - so that's two great opportunities to screw up the hairspring if you're not extremely careful (or even if you are). 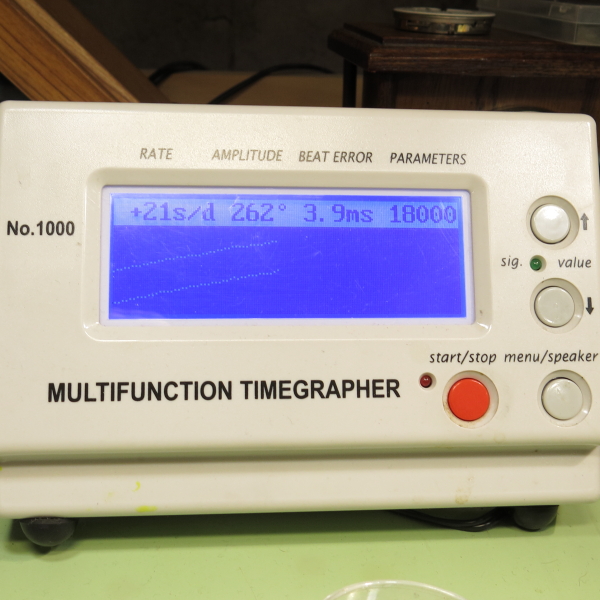 Phew!  I was able to dial in the beat error to under 1.0 and that's plenty good for me.  I can easily slow it down now. 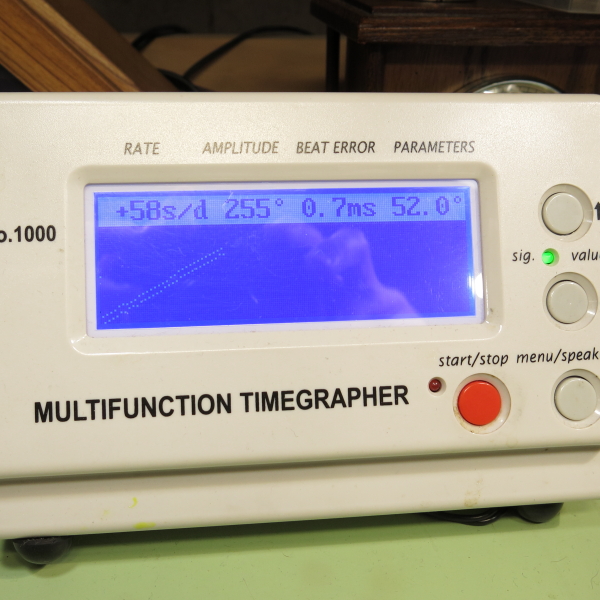 Now, what to do about the crown?  I don't have a replacement stem but what I did find is a stem extender.  This sort of solution rarely fits the bill but it's perfect for this scenario.  I just thread the extension onto the existing stem and them trim the extension to the proper length for the new crown. 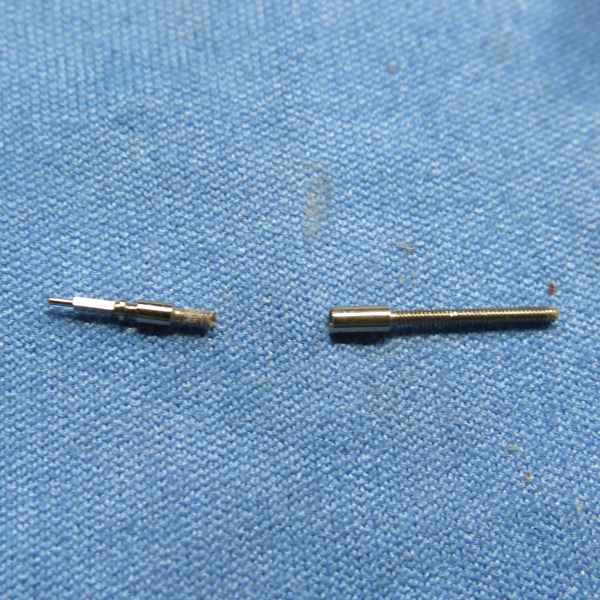 I don't know about you but I think the new crown makes all the difference in the world on this watch. It looks great now.  Of course, a little polishing and a nice strap didn't hurt.  I believe the dial on this watch is original and the toning in the corners is just enough to give this 60 year old watch a dignified, authentic, vintage watch look. 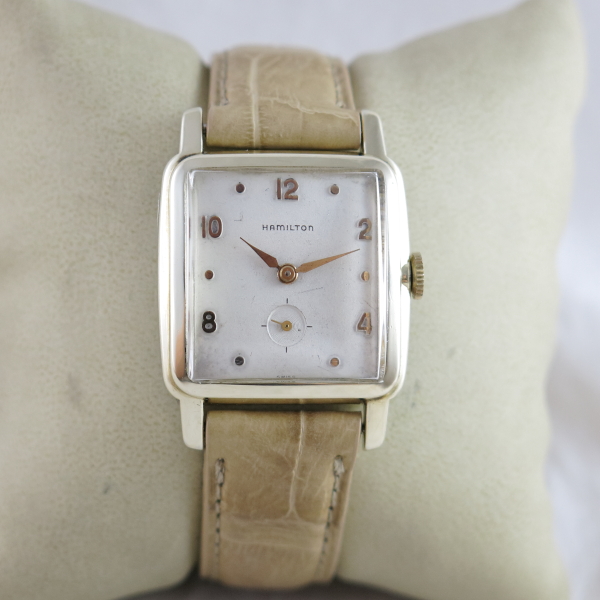