I don't often work on ladies models.  The market isn't as popular as it is for men's models.   I suspect there are several reasons for that.  First off, they are so small that they all tend to look alike.  Second, I don't think there are as many female watch collectors as there are male - although I know plenty of women who do collect watches.  There just aren't as many as there are collectors of the masculine persuasion.

Just because ladies models aren't as collectible, doesn't mean that they aren't equally interesting.  In fact, I find ladies models to be extremely challenging because they are so small.  That's the main reason I don't work on them... they're more difficult.

I recently took on an interesting project though.  When I looked on eBay for comparisons, I found that this particular model sells for "good money" - well north of $200.  It's a ladies dive watch, the 1971 Dateline LA-5600.  It was produced for a couple of years and sold originally for $110. 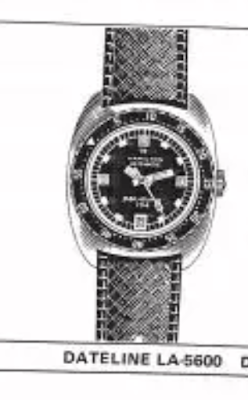 My project watch has a definite issue.  When I wind it the hands just whirl around.  I found that sometimes I could wind it and it would run but other times the hands just spin.  That tells me the escapement isn't being engaged but the issue could be anywhere in the train.

From the outside the watch the looks like it could be a man's model.  However the size of my fingers give you a perspective that this watch is actually quite small.   There's little lume missing from the second hand but other wise the watch looks like it should clean up well. 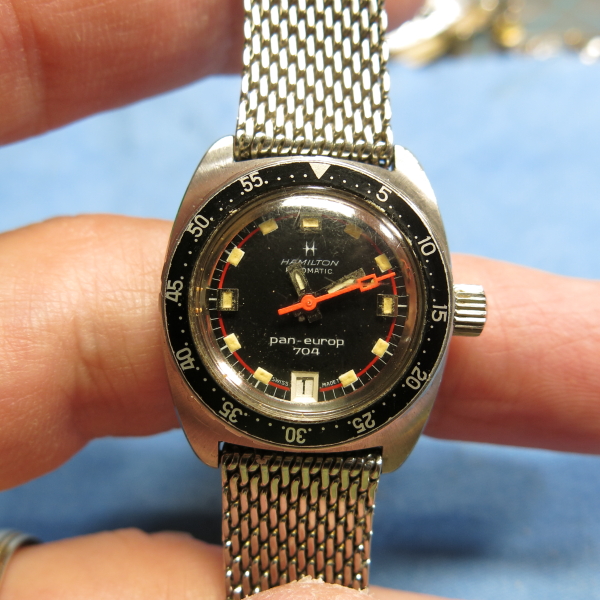 The watch was originally rated for 600ft although I would keep this and any vintage watch away from water.  The number 79004-3 is the model number for the Dateline LA-5600. 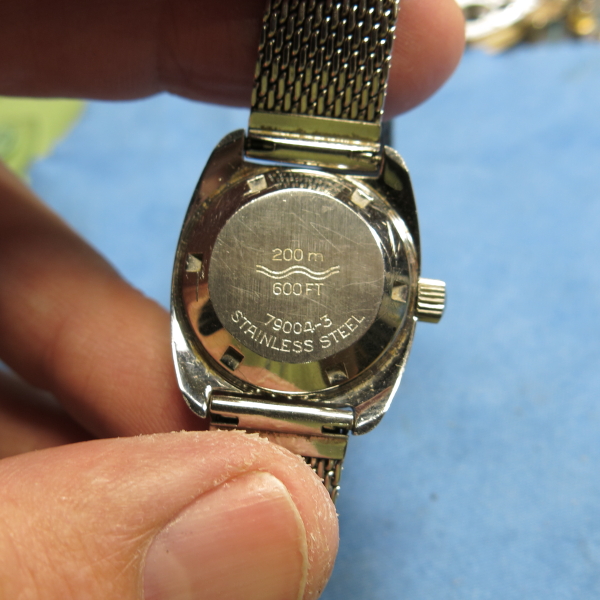 Although it's not shown in the catalog, I suspect this is the original bracelet.  It's definitely a Hamilton bracelet anyway. 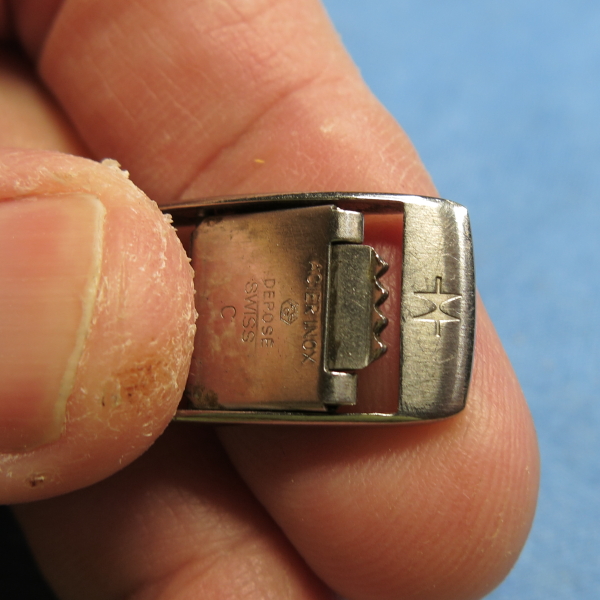 Did I mention this watch was small?  Here it is next to a penny. 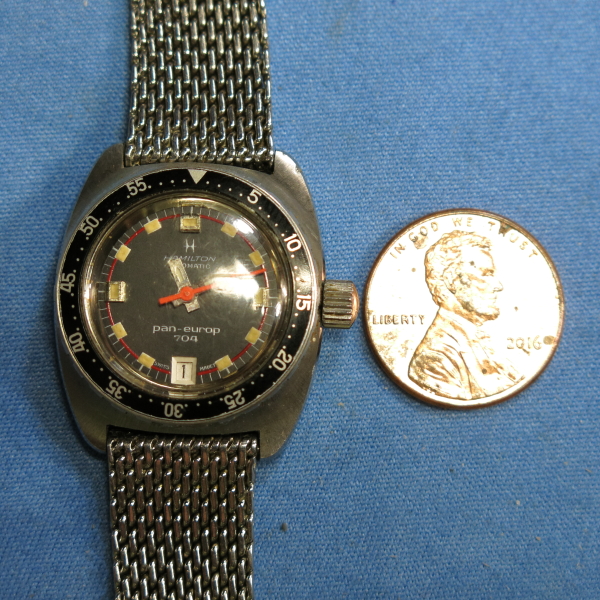 Inside the case is a 17 jewel Hamilton 693 movement.  You might be able to tell by the shape of the rotor that this is an ETA movement, based on the ETA 2551. 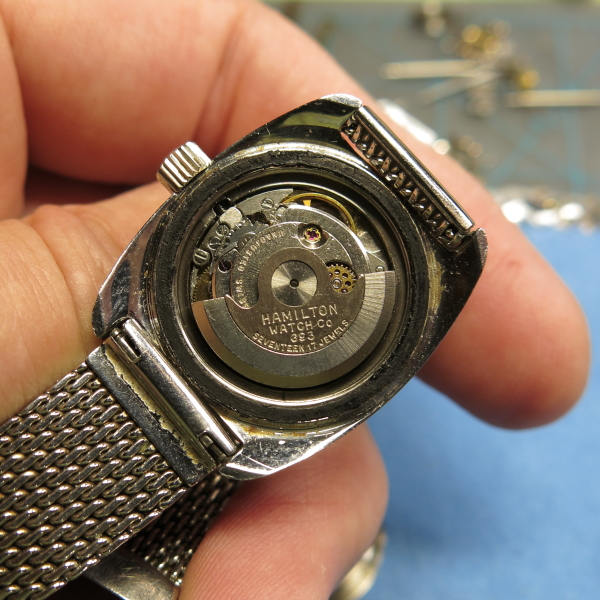 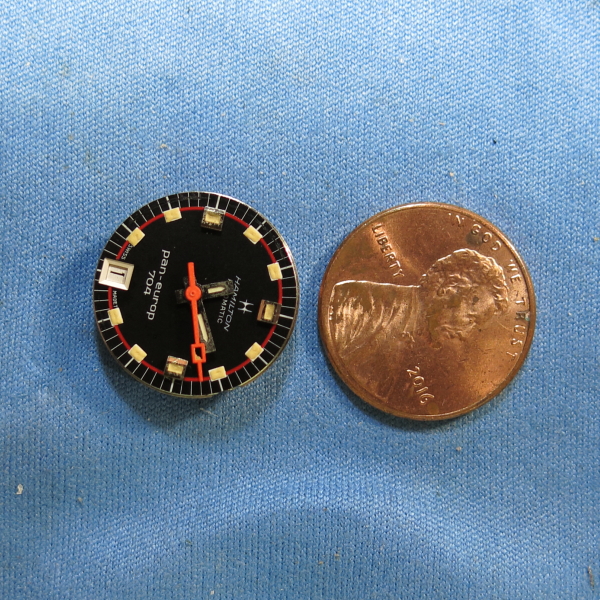 Without a dial, the movement looks very similar to a men's movement.  The process from here is just like a larger movement - only everything is a lot smaller. 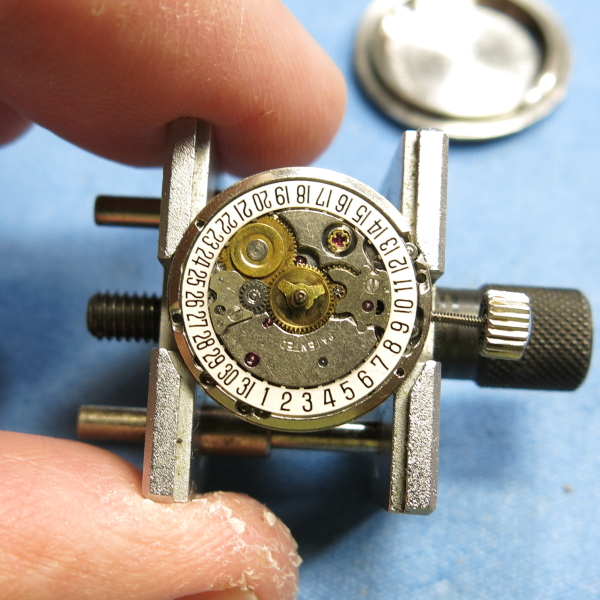 I go to my light tent to remove the spring-loaded parts.  That way I won't lose them. Without the oscillating weight and it's framework in the way, you can see the back of the movement looks like a typical ETA movement too. 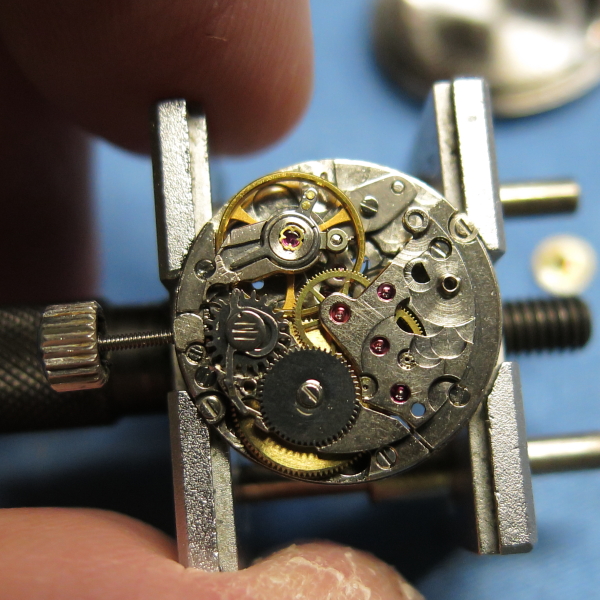 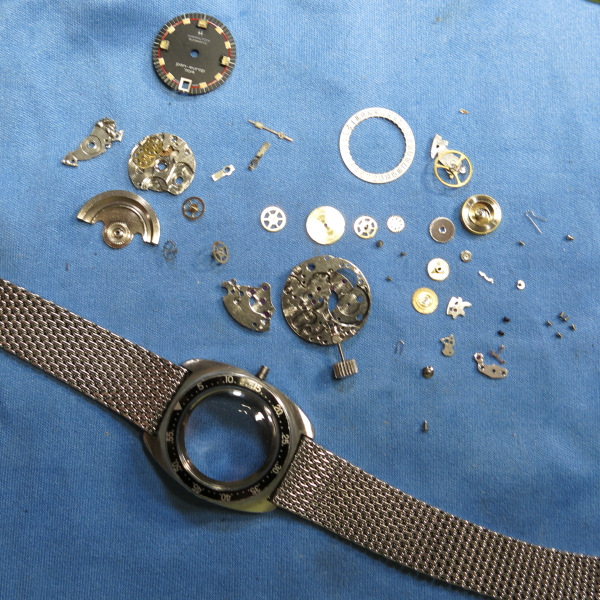 Well, I found out why the movement wasn't working.  The 4th wheel in the center of the movement has too much end shake.  It's what the second hand attaches too.  It slides easily up and down and can come disengaged from the escape wheel, causing all the mainspring energy to release.  I'm not sure what the issue is... it could be the wheel, it could be the main plate and it could be the train bridge.  I suspect it's the wheel or the main plate - years without lubrication may have worn the bearing surfaces down.  This watch is not jeweled at the center. 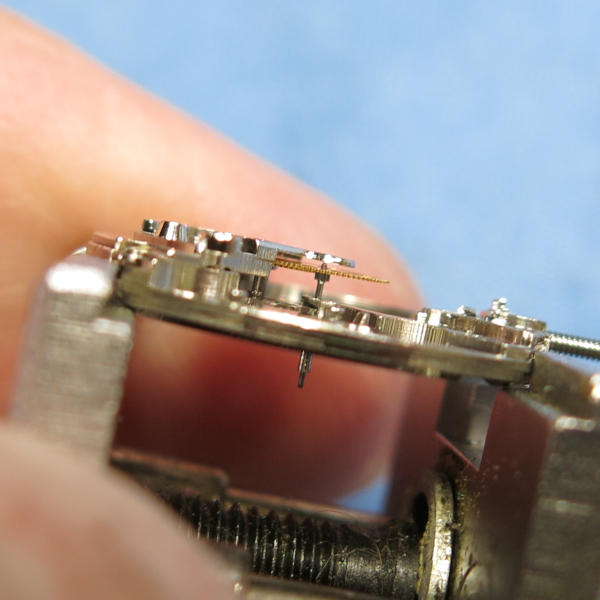 As long as the as 4th wheel is in the correct spot the watch will run. 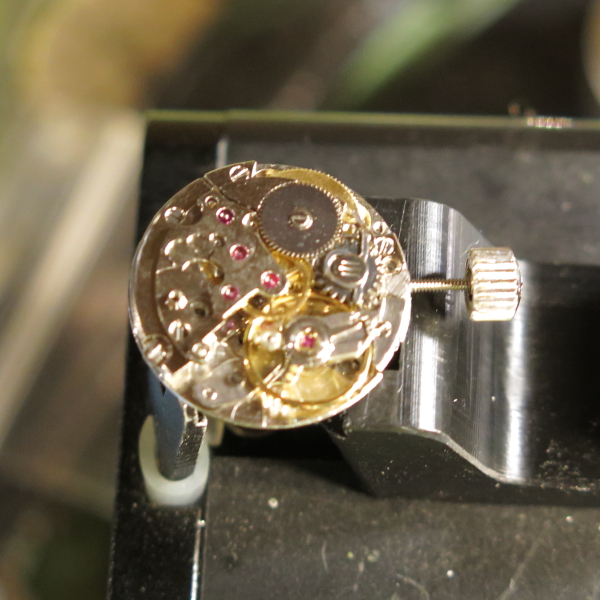 Not too shabby... if the second hand would hold the 4th wheel in the correct position this watch could stand a chance of working but any end movement at all will either stop the watch or release the mainspring. 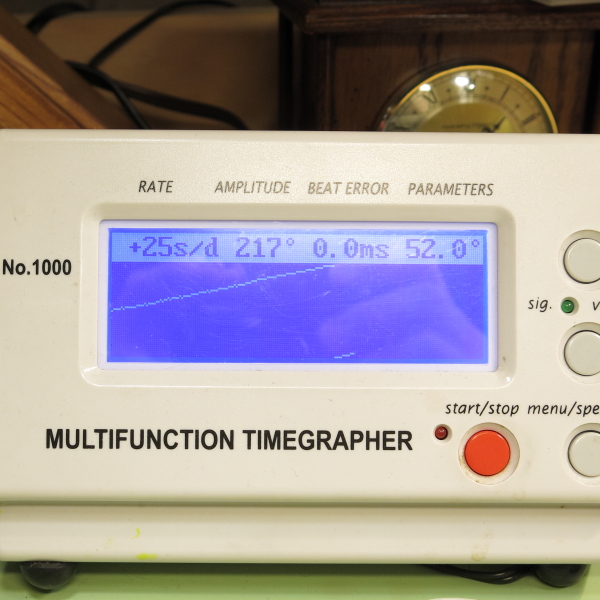 Putting the parts back onto the front of the movement is a bit tricky because they are so small but time and patience prevail eventually. 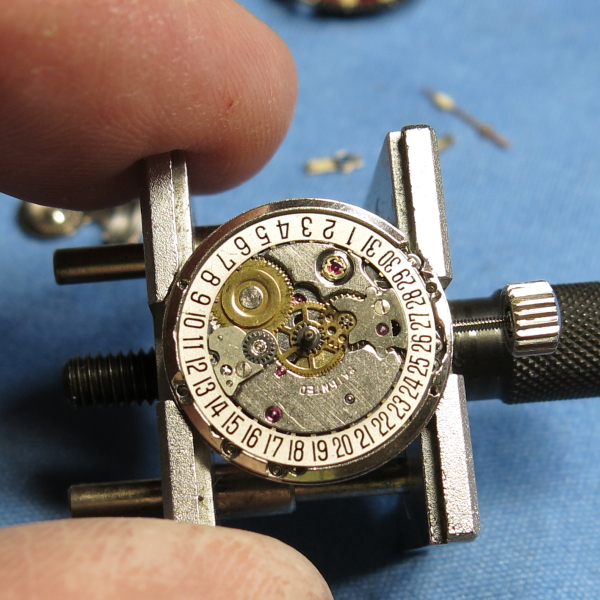 Although the watch runs, I'll need to replace a few parts in order to get it back into wrist-worthy condition.  However, it looks like it will be a great little watch once I get it ship-shape again. 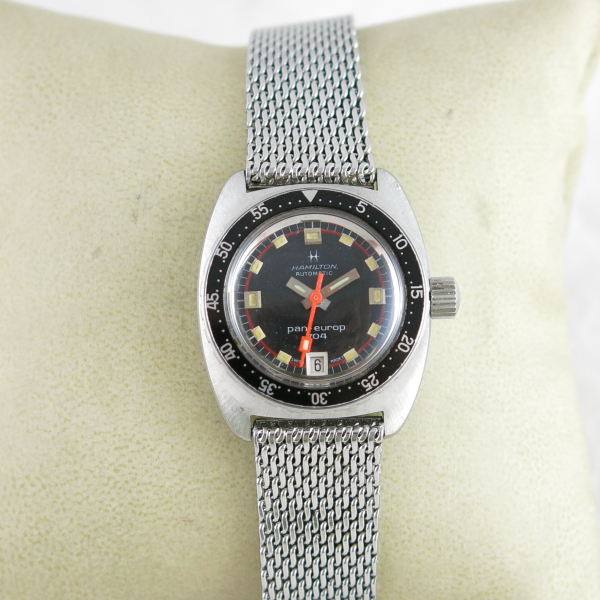