I'm approaching my 700th blog post - I think I've done around 680 different models so far.  If I'm going to make it to the 1000 or so mechanical men's models then I'm going to have to track down a whole slew of Thinlines, as there are almost 100 of them and half are solid gold models. 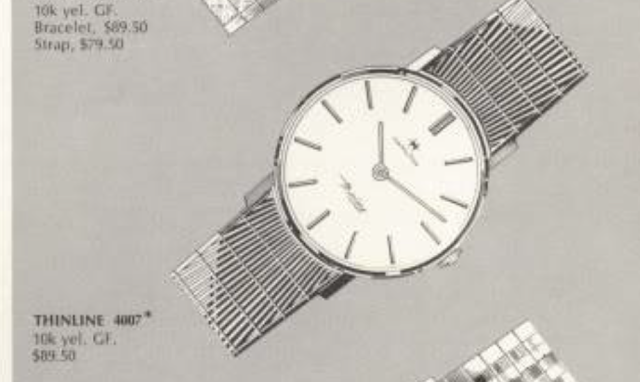 The Thinline 4007 came in a 10K yellow gold filled case and what's also interesting about it is it has a yellow dial, although you can't really tell from the catalog depiction.  It's also unique in that it doesn't have a second hand.

My project watch is in excellent condition and came complete with it's original bracelet - that's always fun to see.  There are a couple of light scratches on the crystal but they should polish out without much difficulty. 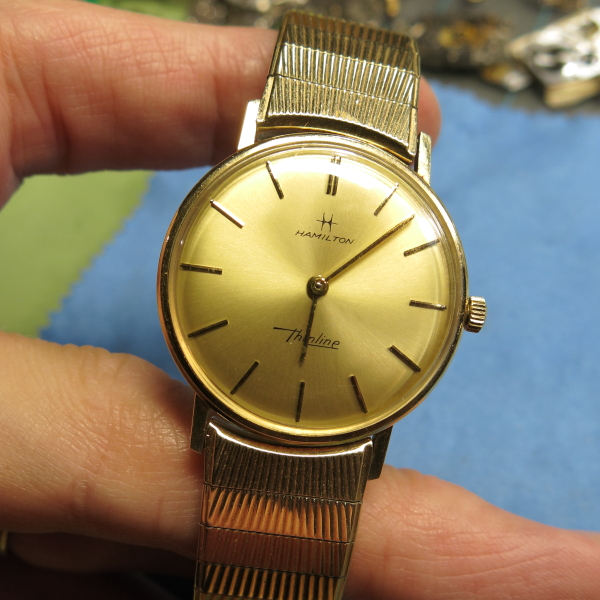 The movement inside is a Hamilton 687A grade, also known as a caliber 55 and it's based on the Aurore 4200.  It looks great but that doesn't mean it doesn't need fresh oil inside. 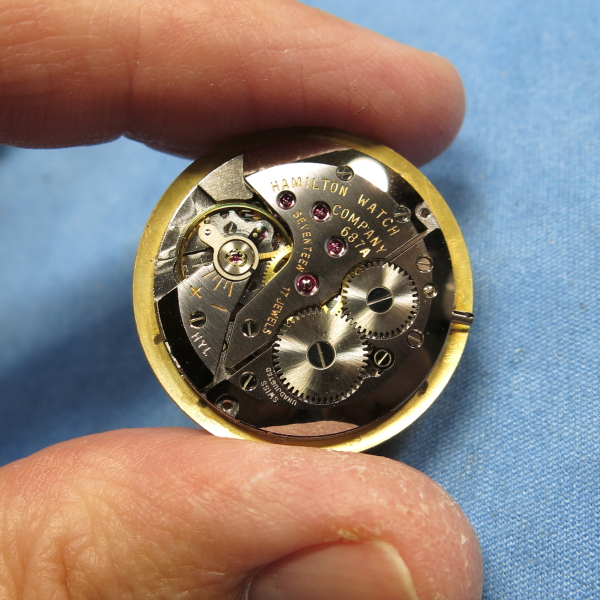 Everything is cleaned and dried.  The best thing about these Thinline movements is they almost reassemble themselves.  The arbors on the train wheels are so short that once you have the pinions set in the manipulate, the train bridge almost always drops right into place without any fidgeting or fussing.  Of course, you can still goof up the hairspring or lose something if you're not careful. 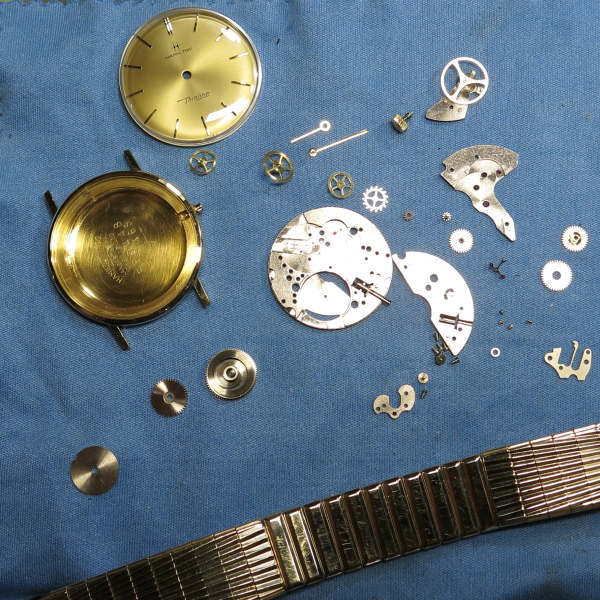 Voila!  The movement is back together and ticking away with good motion.  Now it's off to the timer. 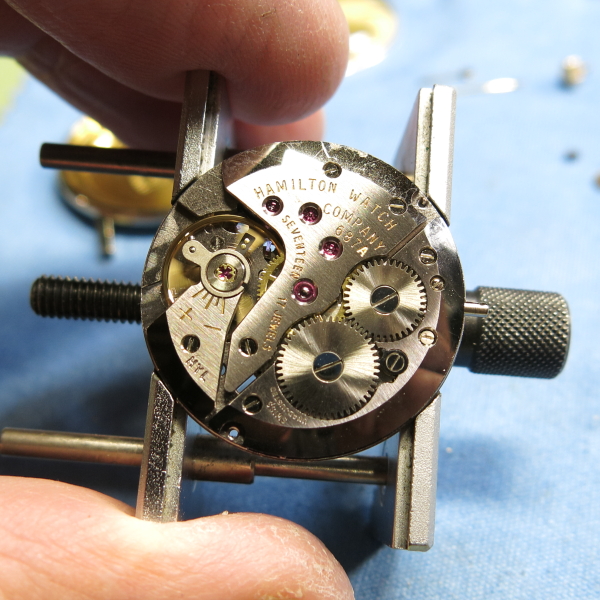 Well, that's not too bad at all.  The amplitude is a little low (but not bad).  I haven't fully wound the watch yet since there is no crown on the stem.  I just turned the ratchet wheel a couple of times to get the movement energized a little so the balance would move when it was in place. 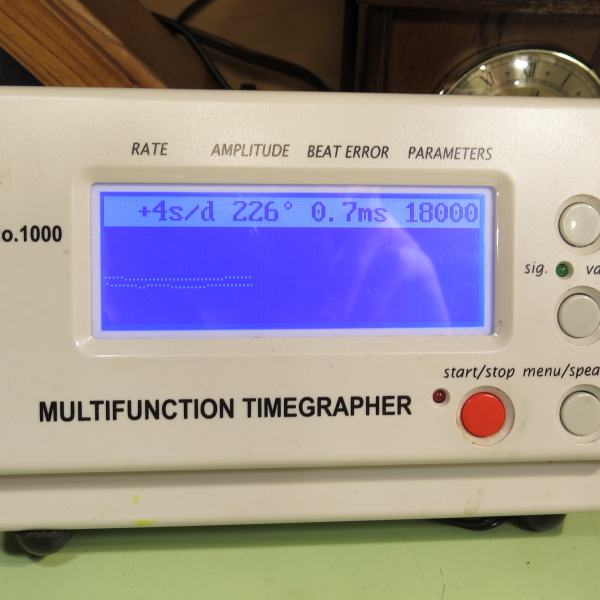 A quick tweak to the hairspring stud on the regulator and the beat error is brought to zero. 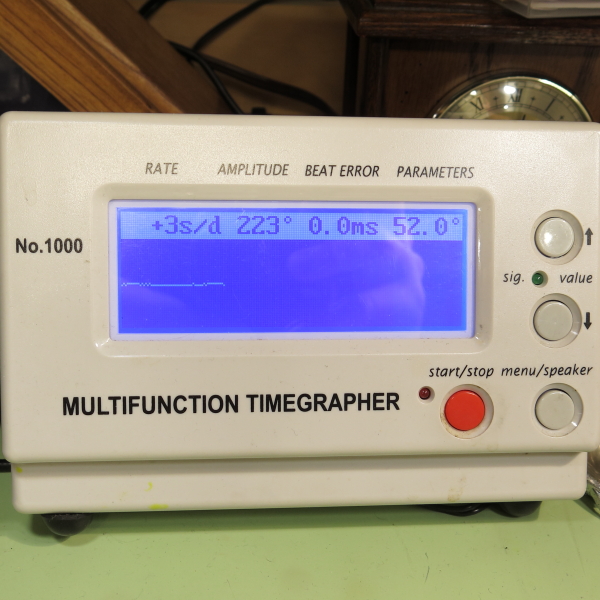 Looking inside the case, there are two numbers.  The top one is a unique serial number for this watch and the lower one is the product number for the Thinline 4007.  Notice it ends with 65 - that's the first year of production for the model. 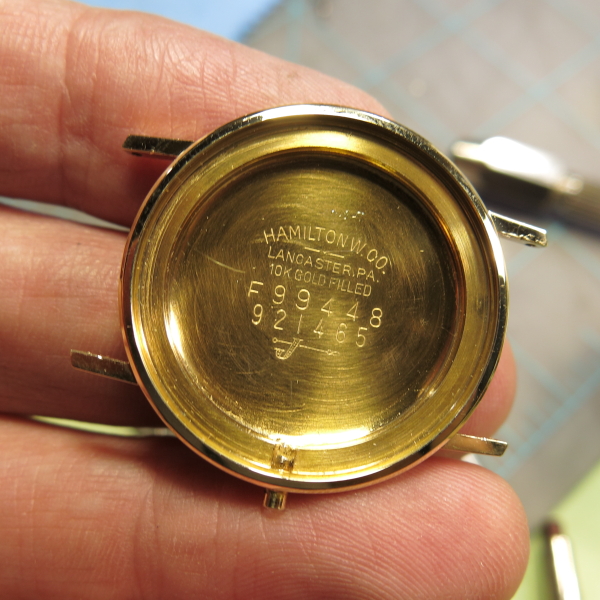 Even my merciless light tent can't find a flaw with this beautiful Thinline 4007.  It is showroom-new looking and runs as great as it looks.  It's definitely read for some wrist time. 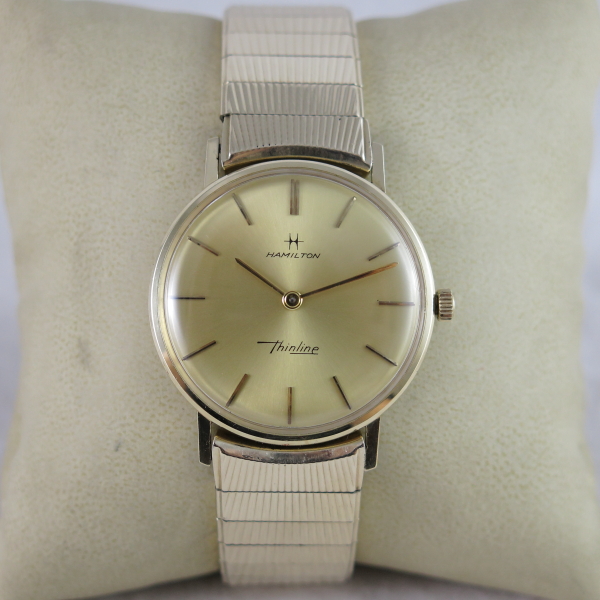