In the 1960s Hamilton purchased the Swiss watch manufacturer Buren, who previously made the microrotor movements used in some of Hamilton's Thin-o-matics.  Eventually Hamilton manufacturing would move to Buren's Swiss factory as the company evolved into a global watch company.  I suspect Hamilton produced watches specifically for non-US markets.  Over 50 years it's not surprising that some of them would make their way to the United States. 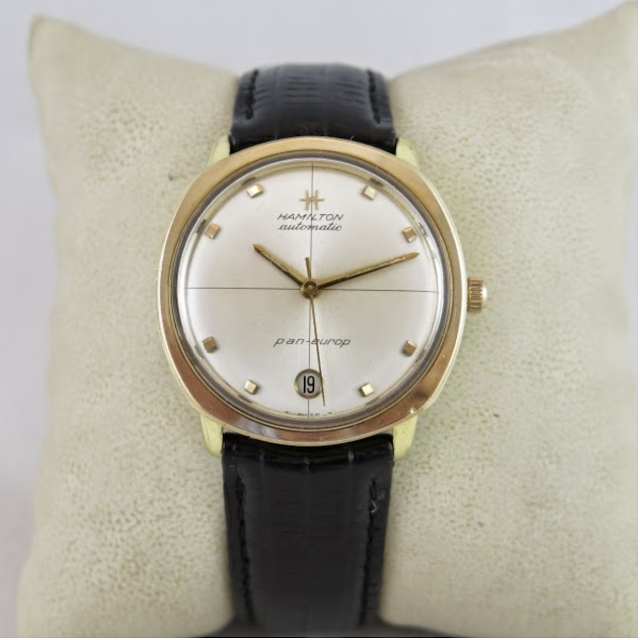 Another model is the 63009-3.  It looks exactly like the Dateline A-579 except there's no date complication.   I'm going to guess this is also an early 1960's model because the dial has a few small radium burns from the hands being in the same position for many years.  By the 1970s radium was no longer used.  I'll remove the radium in my ultrasonic cleaner and replace it with modern luminous paint. 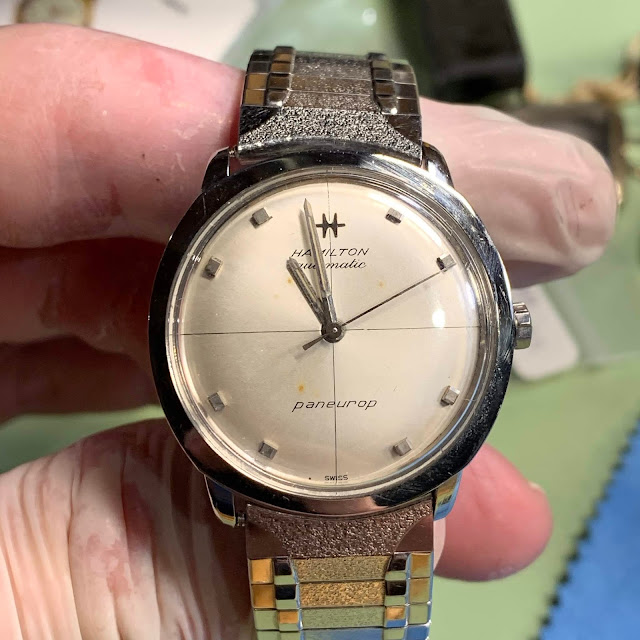 The back of the 63009-3 is exactly like the 64017-3, the only difference is the model number.  These cases are notoriously challenging to open and it's not unusual to see the case back is riddled with previous tool marks.  This one has a couple but isn't too bad. 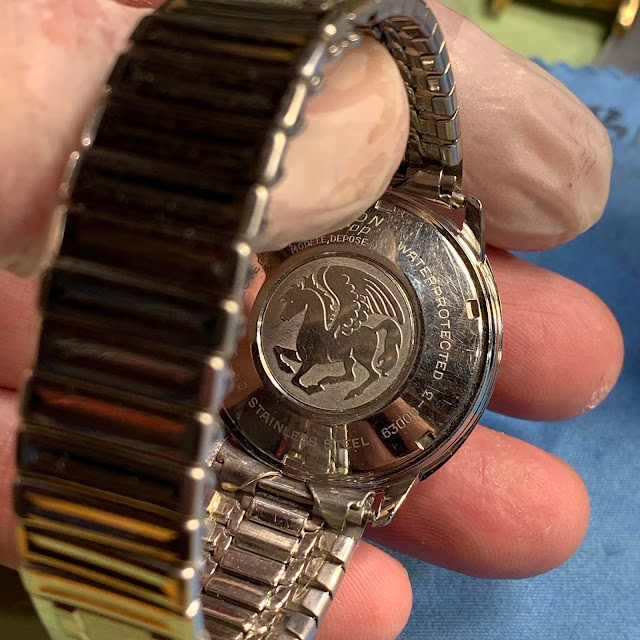 Still, getting this one open is aided by having a holder to secure the case so a case opener can work its magic. 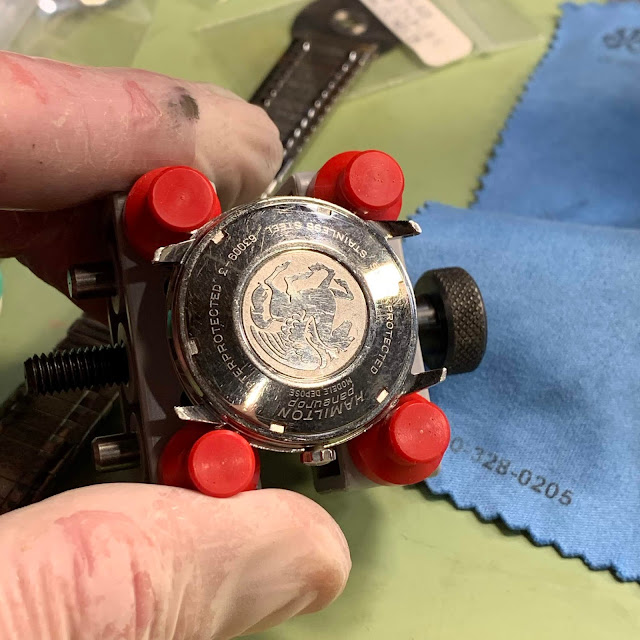 If you know anything about Hamilton model numbers, they will often start with the caliber of the movement inside... in this case (pardon the pun) you will find a caliber 63.  It's a 21 jewel version of the 17 jewel 689 automatic you will find in the Accumatic line.  The four extra jewels are in the reversing wheels of the automatic framework.

Looking closely, you might spot there's a screw wedged between the rotor and movement retaining ring.  I doubt this watch has been winding properly.  There's an empty hole where the retaining clip would be... I wonder if that's where the screw came from? 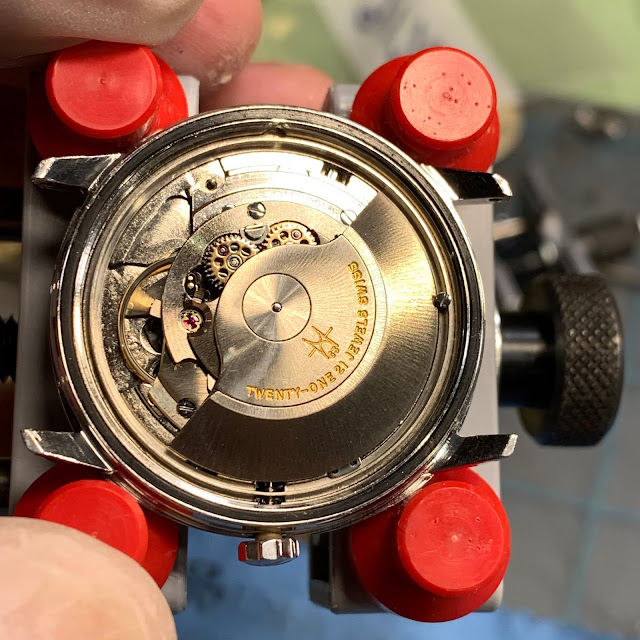 One of the signs that this is not a US model is it doesn't say Hamilton Watch Co Lancaster PA anywhere inside the case out outside. 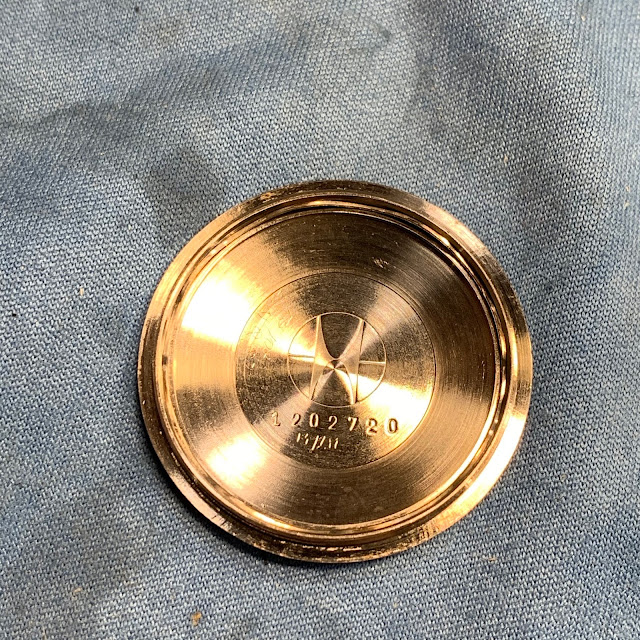 Well, there are two screws but only one retaining clip.  Perhaps the other clip is inside the movement somewhere. 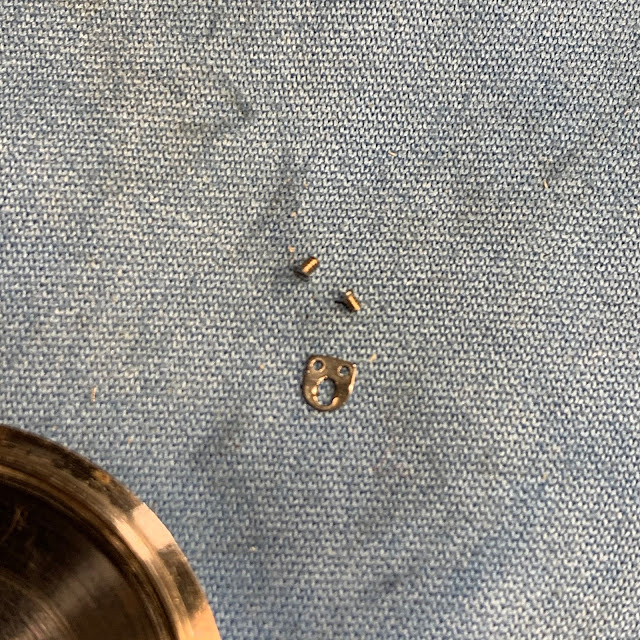 Sure enough, I found the other clip inside the movement. 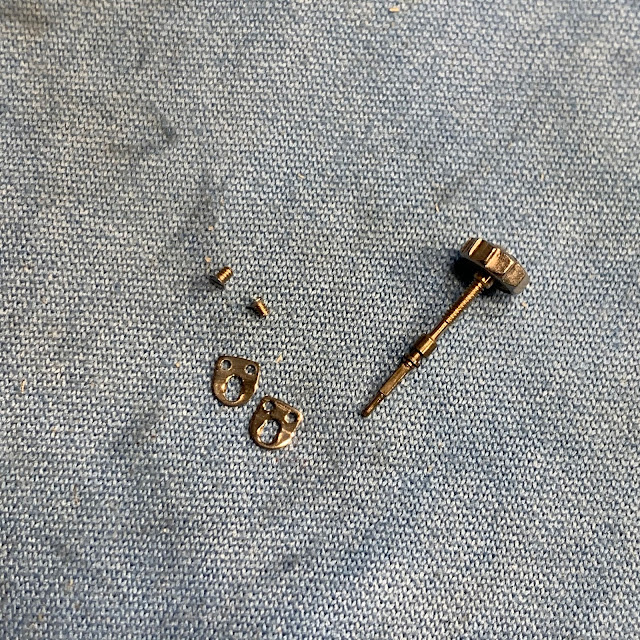 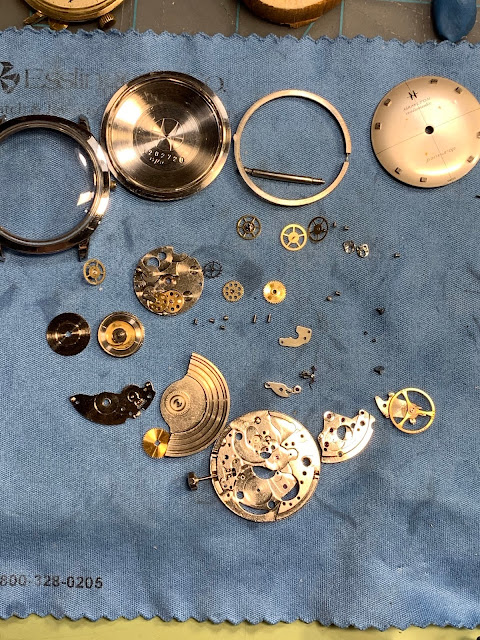 The basic movement is back together and ticking away with good motion.  Let's see what the timer thinks of it. 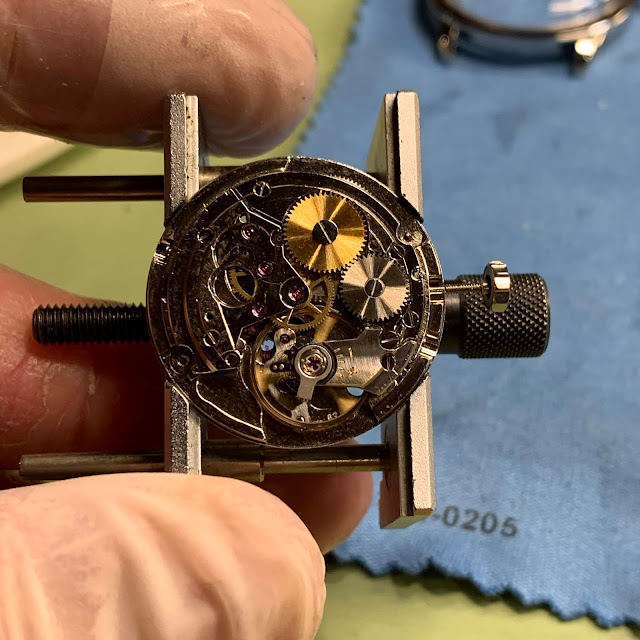 It's running a smidgen fast and the beat error is a tad high.  Fortunately both are very easy to adjust on this movement.

First I'll tackle the beat error... it doesn't get better than 0.0 ms.  The amplitude is a little low but I haven't fully wound the mainspring yet. 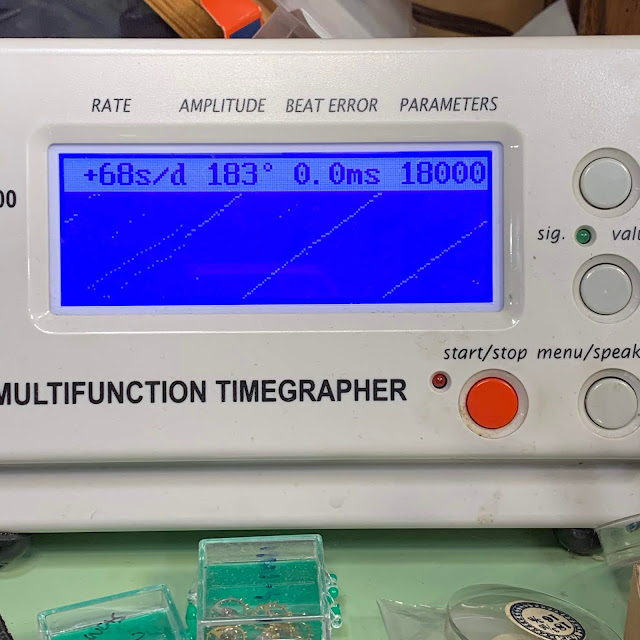 Alright... the beat rate is slowed to just 18 seconds fast per day, it should slow a little as it settles in.  Notice the amplitude is up to a vigorous 287 degrees. 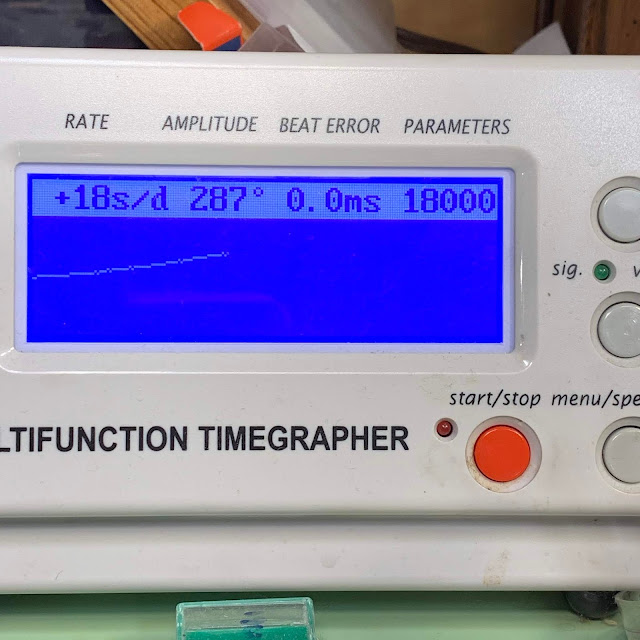 I suspect the bracelet on this watch is original and it's the same as what was on the 64017-3.  It's a challenging watch to fit a strap to as the lugs are short and a curved spring bar is needed.  It's one of the few models that I prefer a bracelet be installed.  The radium is gone now so the dial won't suffer additional damage but the hands will glow once again, thanks to the new luminous paint. 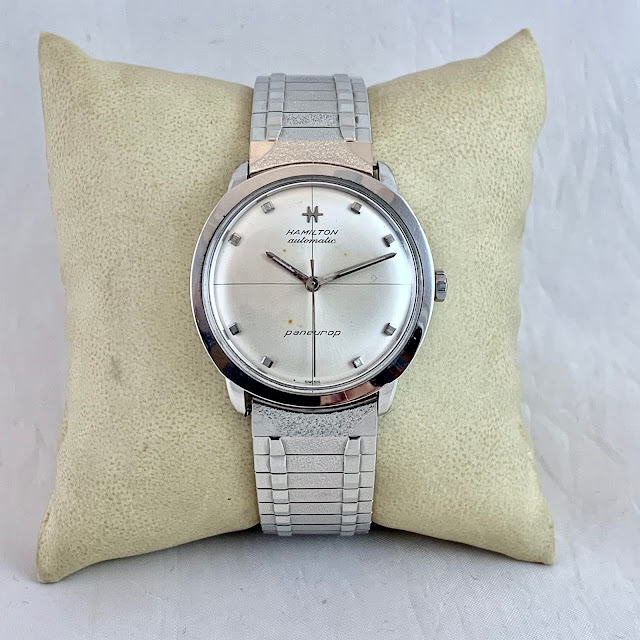