Have you ever seen a Hamilton model that looked familiar but was still something you hadn't seen before?  That happens to me all the time when it comes to cushion-shaped models.  In fact, the earliest Hamilton wrist watches were cushion shaped and named Cushion for that very reason.

However, over the years there have been many other cushion shaped models and one of them is the 1962 Boyd.  The Boyd was made for three years but only the 1962 version has gray highlights on the dial at the 12, 3, 9 and 6 positions.  That feature is missing on the 1963 and 64 examples.

You could purchase the Boyd for between $50 and $60 in 1962, depending on if you wanted a strap or the bracelet.  That may not seem like a lot but in today's dollars that's in the neighborhood of $500 making the Boyd an entry-level model but definitely not an inexpensive watch.

Some of the features that made the Boyd an entry level model are the rolled gold plate bezel, stainless steel back and Swiss-made movement under the dial.

My Boyd project watch is a typical watch that probably hasn't seen a watchmaker more than once in almost 60 years.  However, a little TLC and a fresh crystal will go a long way toward bringing new life to this dresser-drawer treasure. 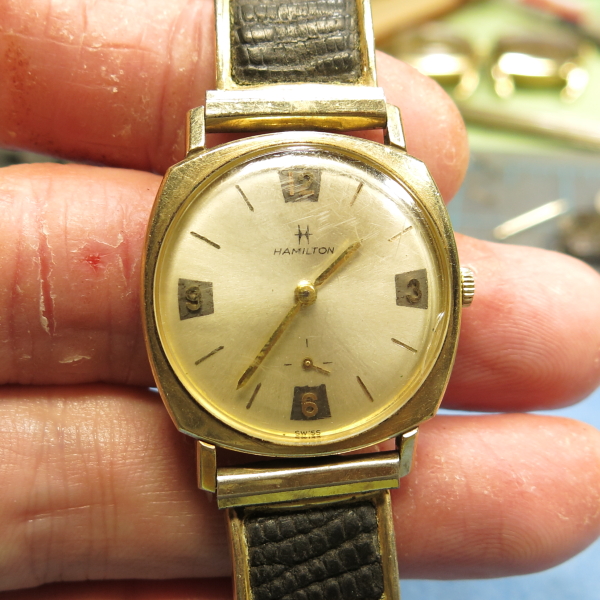 The bracelet on the watch is not original and it's in rough shape so it will come off.  Looking closely at the case back, it's clear this is a two-piece case. 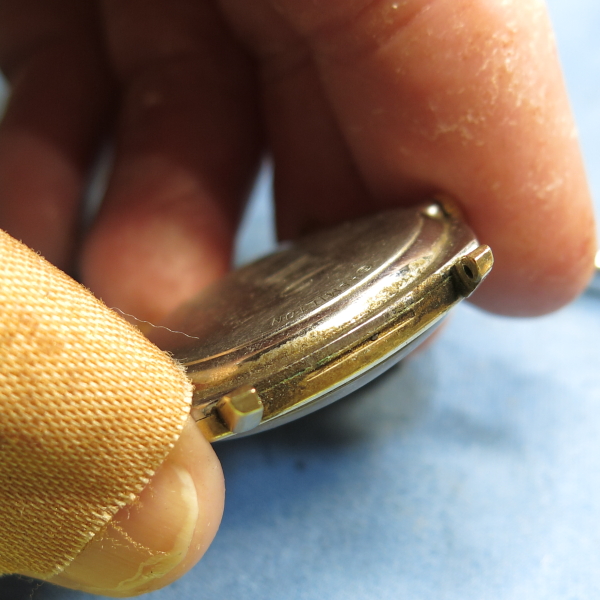 Although this is a 1962 model, it has a presentation from 1964.  That means this watch probably stayed in a jewelry store for a little while before it was likely given as a graduation present. 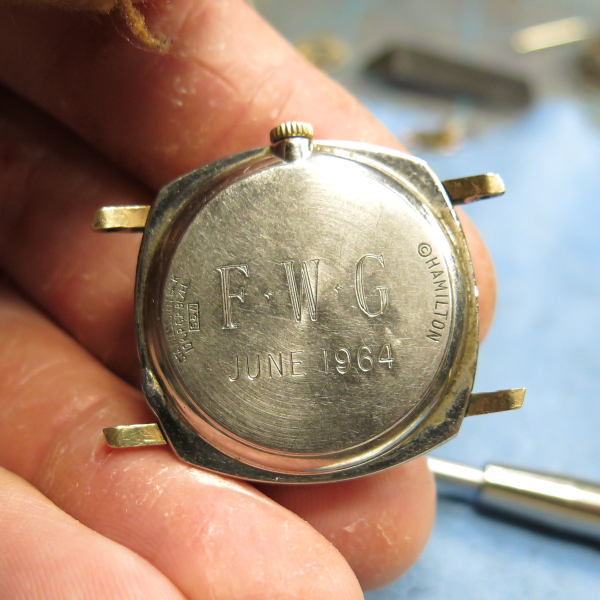 The 17 jewel 686 movement based on the A Schild 1200 ebauche.  This example looks nice and clean considering the state of the outside of the case. The dial is in good shape although there is a slight dent between the 10 and 11 where the dial foot is attached.  It's not easy to see unless the light hits it just right. 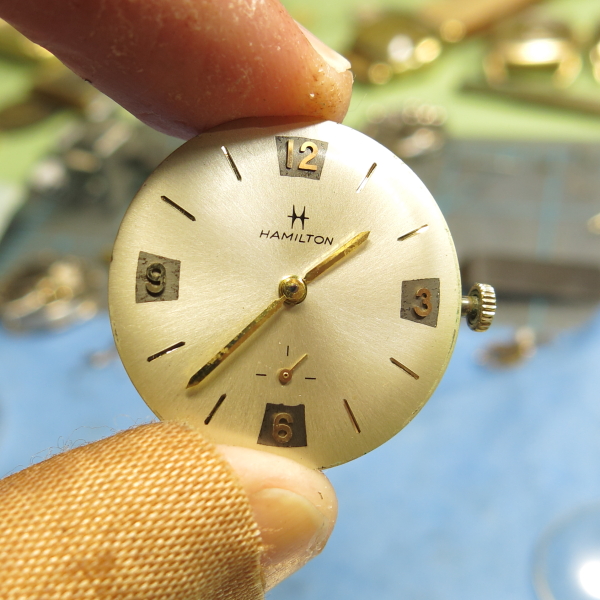 I don't see any previous watchmaker marks inside the case back, so this watch may have never been serviced before. 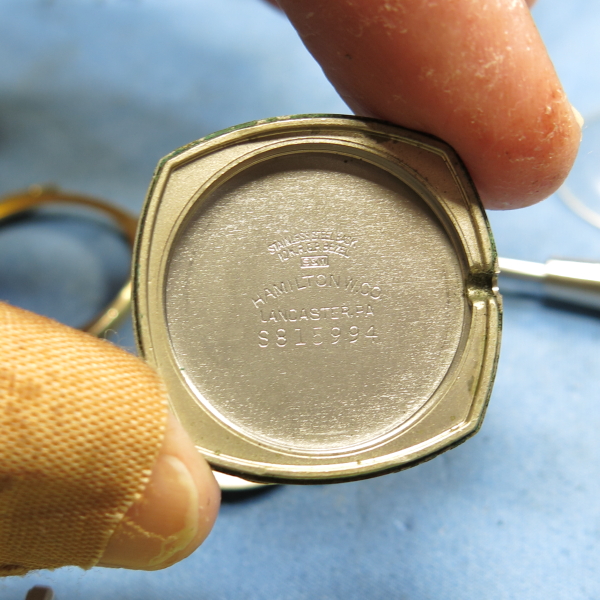 I'll get out a new crystal while all the parts are being cleaned in the ultrasonic. 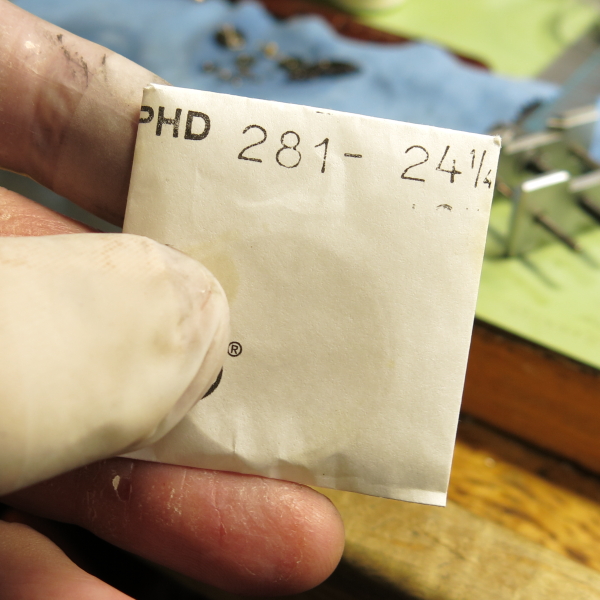 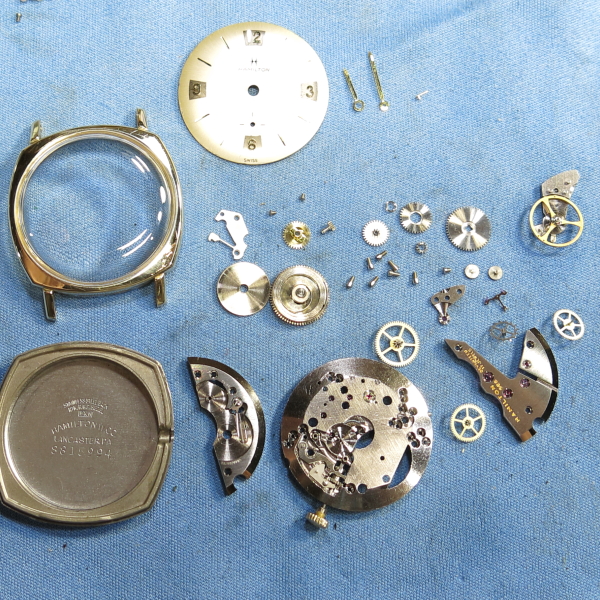 The first parts back on are the train wheels.  Getting all four pivots to line up so the train bridge can go on can be tricky but if they are aligned the bridge will fall into place, so it's easy to see when something isn't quite right. 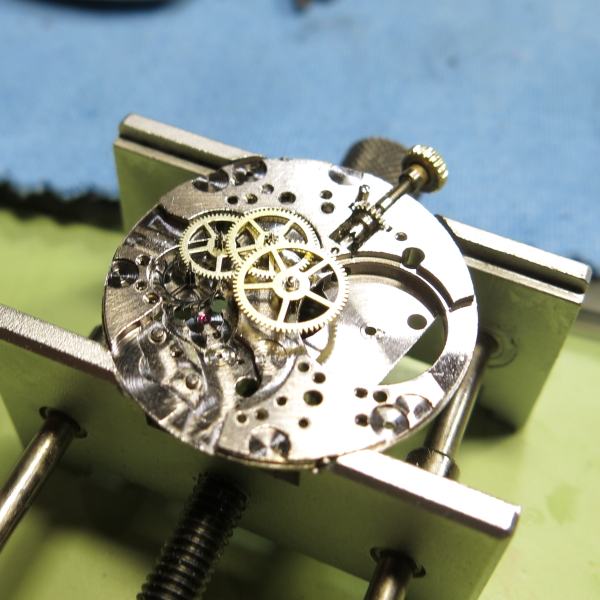 The movement is back together and ticking away with good motion.  Let's see what the timer thinks of it. 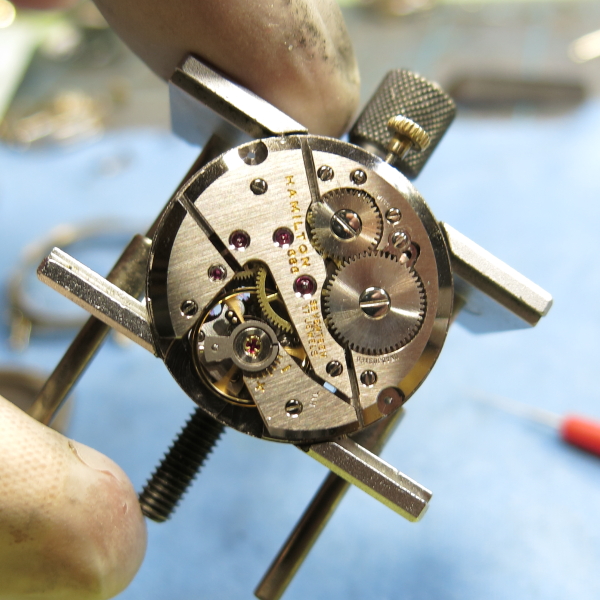 It's running a little fast and the beat error is a little high but both are easy to adjust. 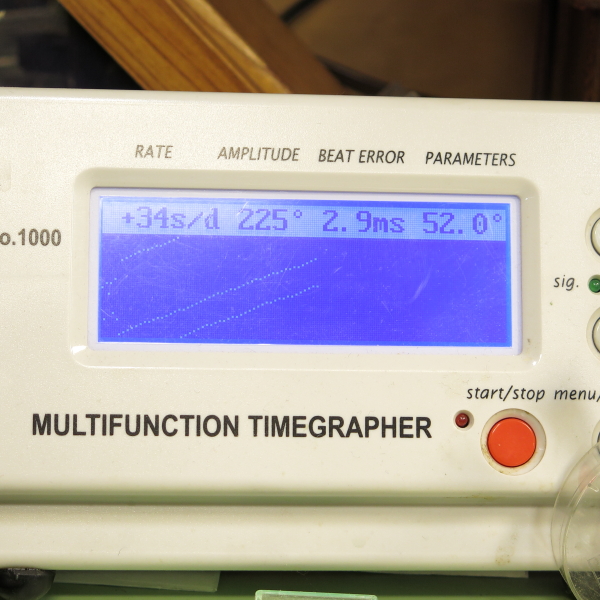 Then I tweak the regulator fork until the beat rate comes into line.  Everything looks great now. 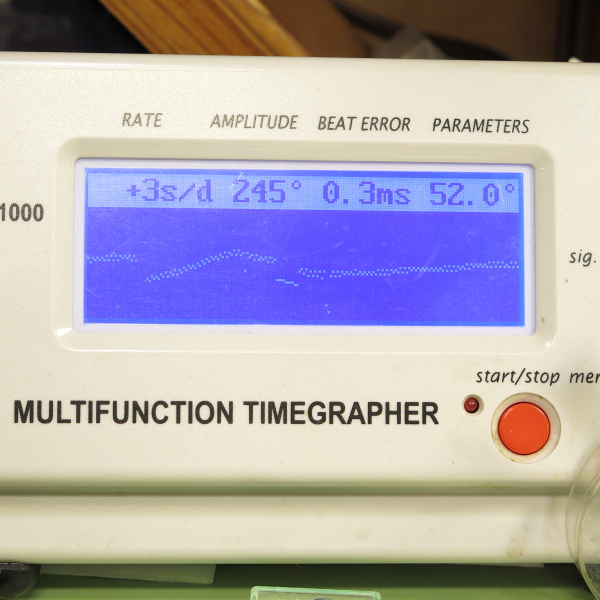 Paired with a nice brown leather strap, this watch looks like an entirely different watch, doesn't it?  It looks and runs great, that means it's ready for more wrist time. 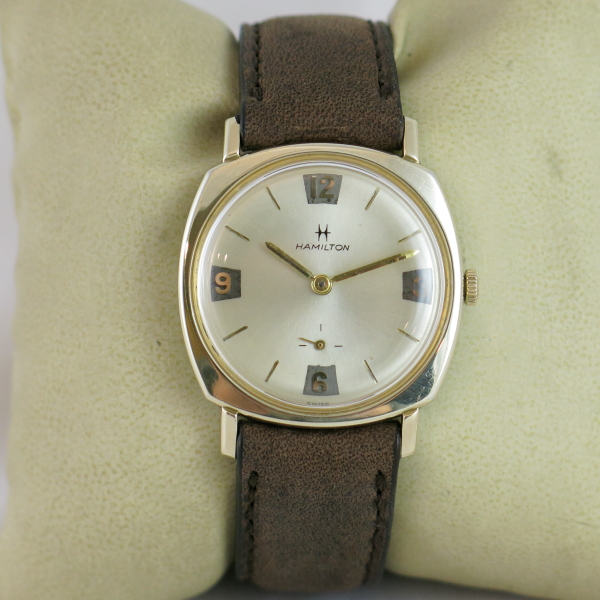