It's interesting how some models were produced for many years while others only had one year in the sun before setting for good.  One of the one year wonders you rarely see in the wild is the 1953 Preston. 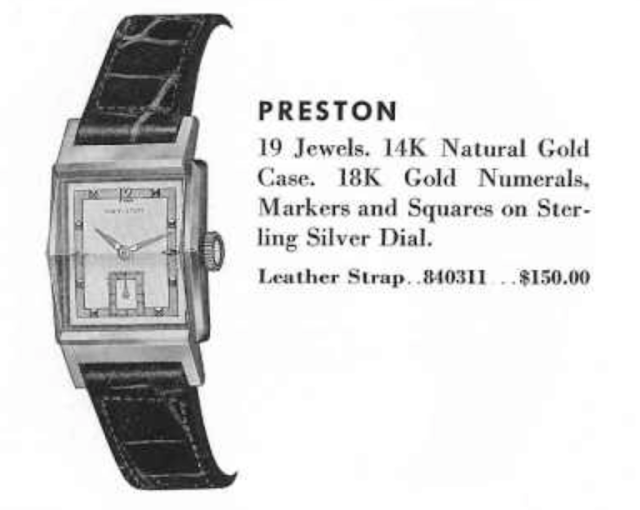 The Preston came in a solid 14K gold case and what's most interesting about the model is it featured a gabled crystal.  I imagine the Preston was inspired by the 1951 Brent, they are quite similar other than the Preston being solid gold.

My project watch arrived in typical as-found-in-a-drawer condition, right down to half of the strap and second hand missing.  The crystal isn't a gabled style, so it must have been replaced at some point.  Notice the crown is on an odd angle - this is likely the result of winding the watch without removing it from your wrist.  That puts a lot of strain on only one side of the stem.  When you want to wind a watch you should remove it from your wrist first. 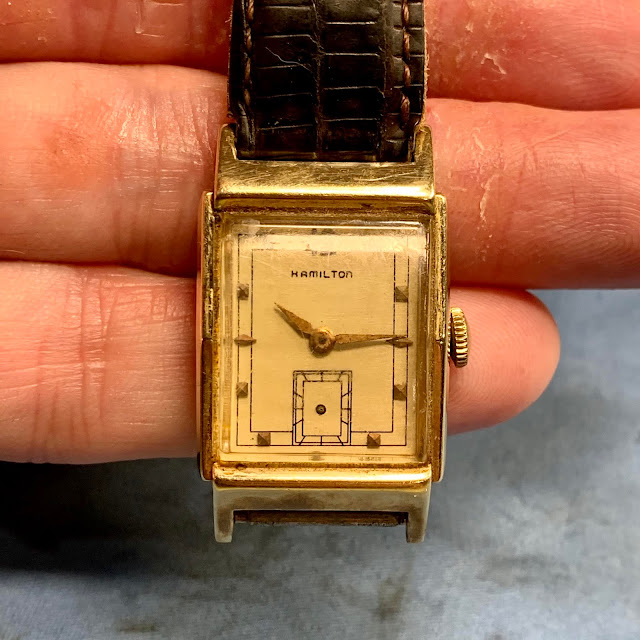 Looking closely at the dial, it's readily apparent that it's been refinished at some point.  It's the correct pattern but the finish isn't really a silver butler, it's not two-toned, and the markers on the left side and top aren't well aligned with the printing. 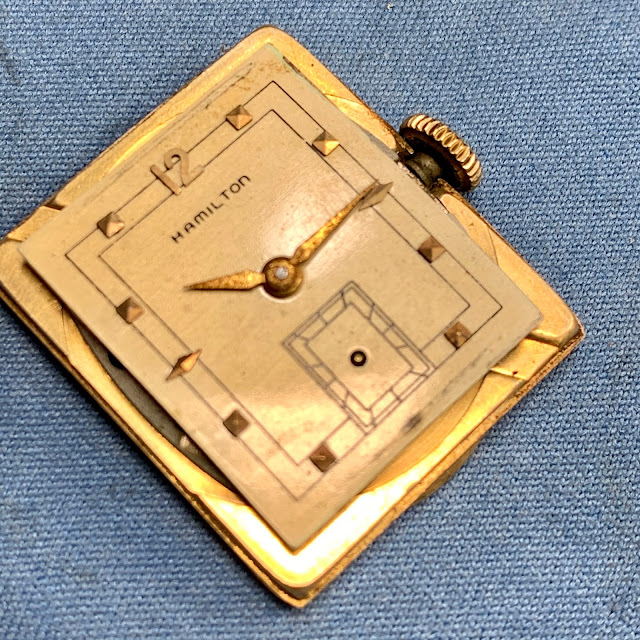 The 754 looks a lot like the 22 jewel 770.  The main difference is the lack of shock jewels on the balance and, of course, three less cap jewels.  Most of the parts are shared between the calibers though, which is good to know when you need to replace something. 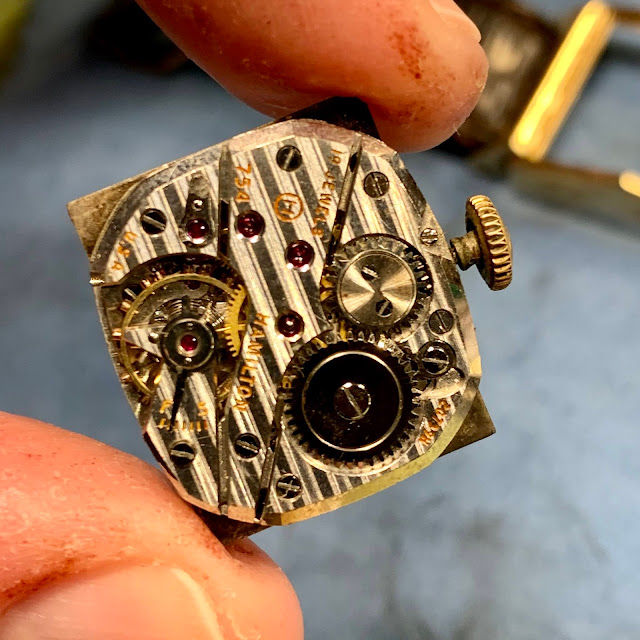 Notice the post of the missing second hand is still attached to the 4th wheel bit. 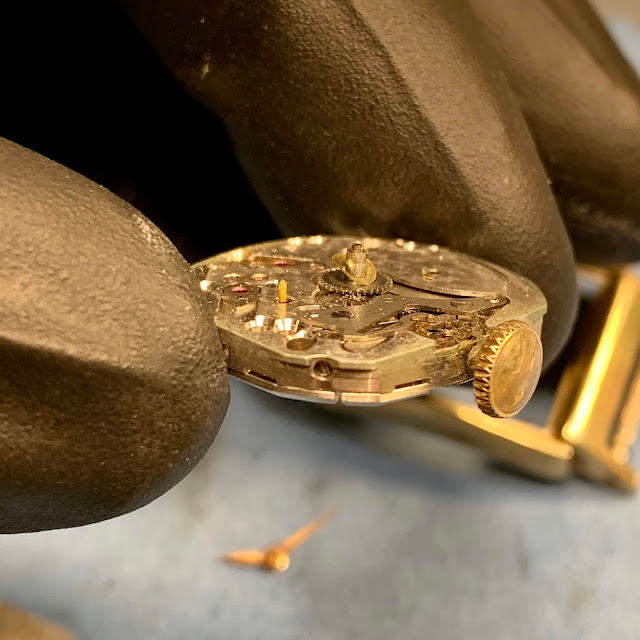 While everything is drying after being cleaned, I'll prep a new crystal for installation. 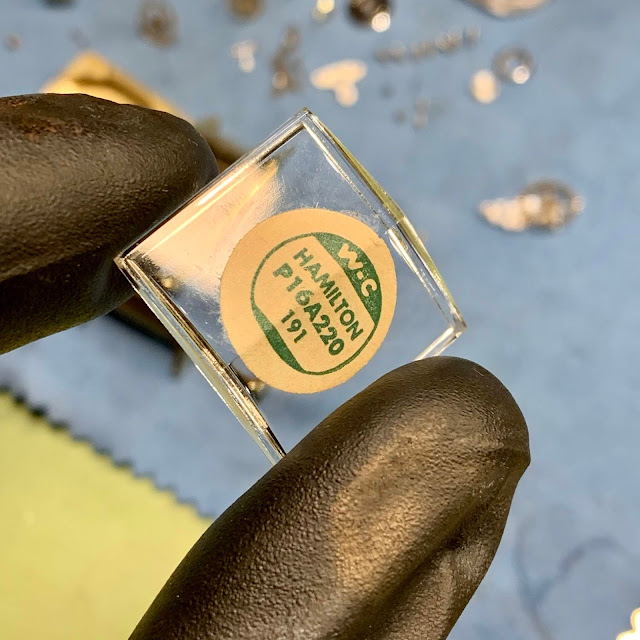 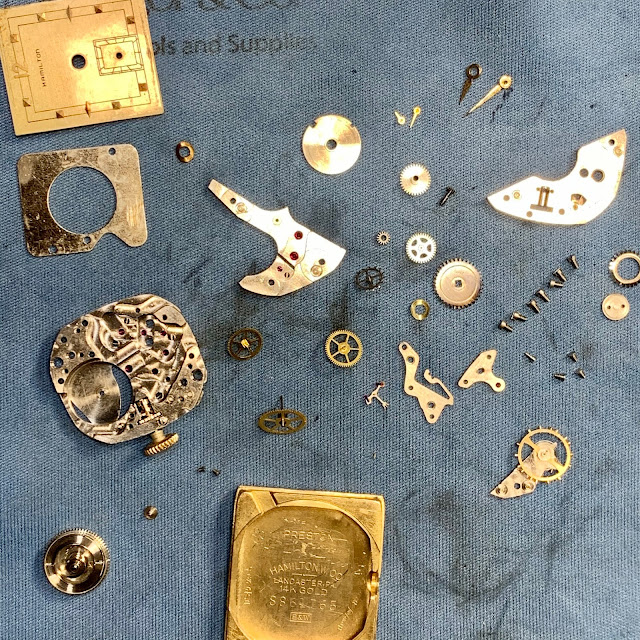 The movement is noticeably brighter and shinier after a trip to the spa.  It's ticking away with good motion so now it's off to the timer to see how well it's working. 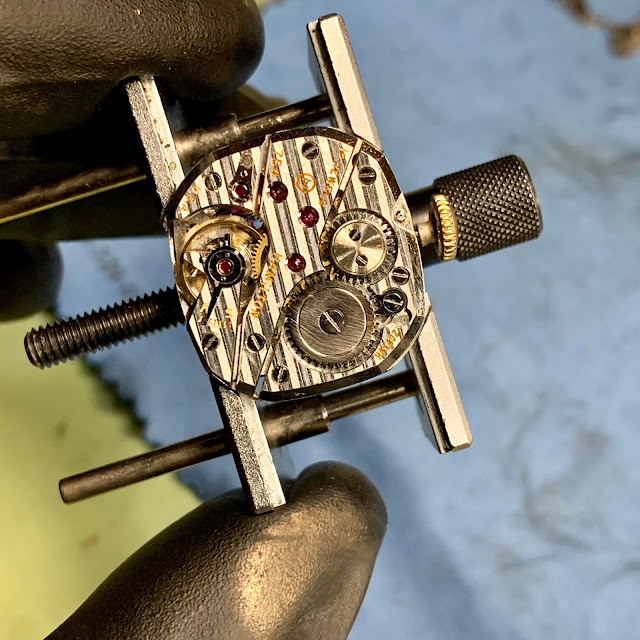 Not too shabby.  The beat error of 1.6ms is well within my specs of less than 3.0.  It could be reduced closer to zero but that would risk goofing up the hairspring.  So I'll leave it as is. 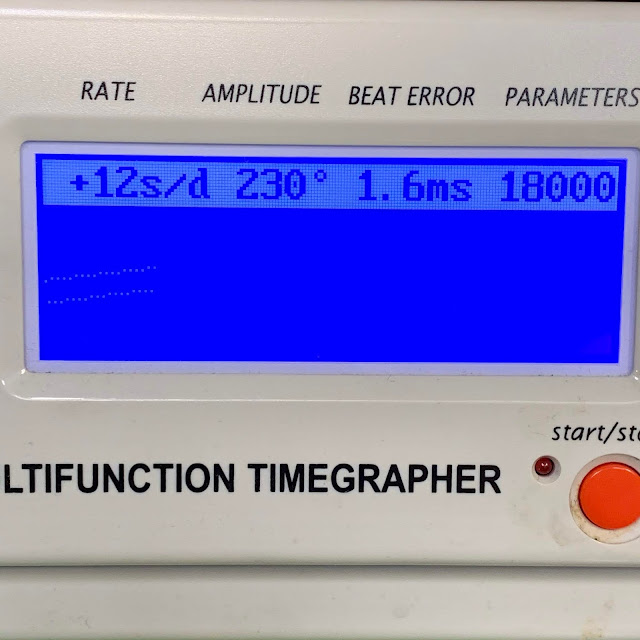 Now to see if I can persuade the crown to sit more evenly. 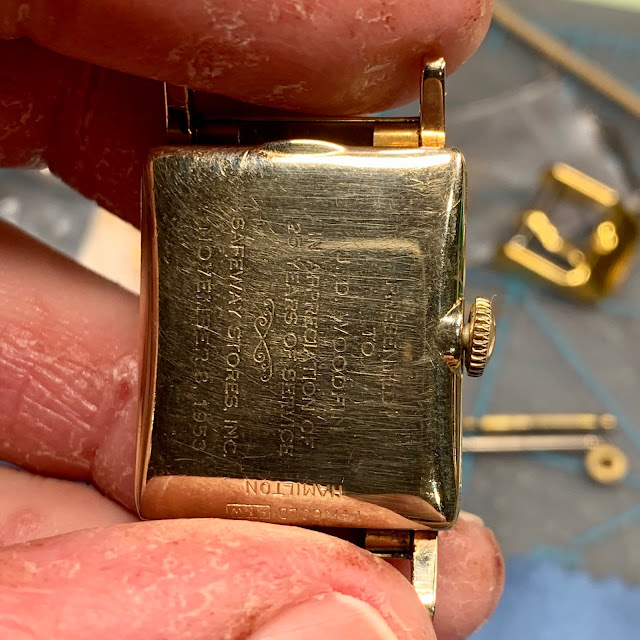 Check it out... this watch looks a lot different with a correct crystal.   Depending on your perspective the gable is a little distracting.  That might be why the model had such a short run. 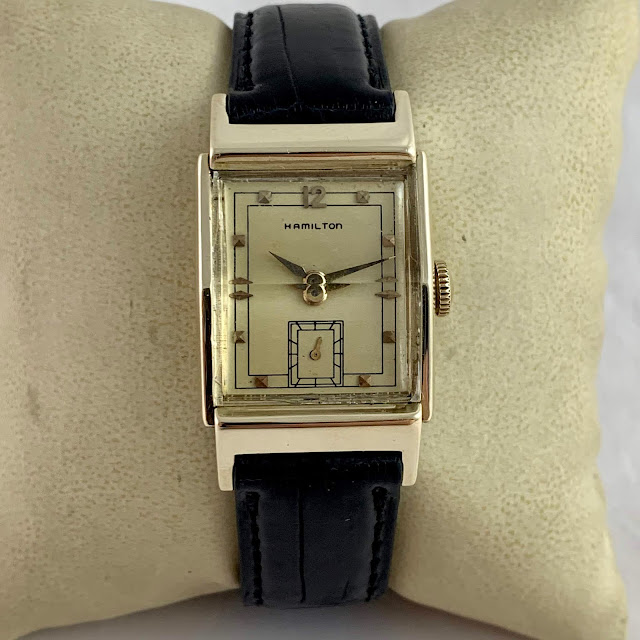 Still, the crystal does add a lot of visual interest to what is otherwise a very traditional looking model. 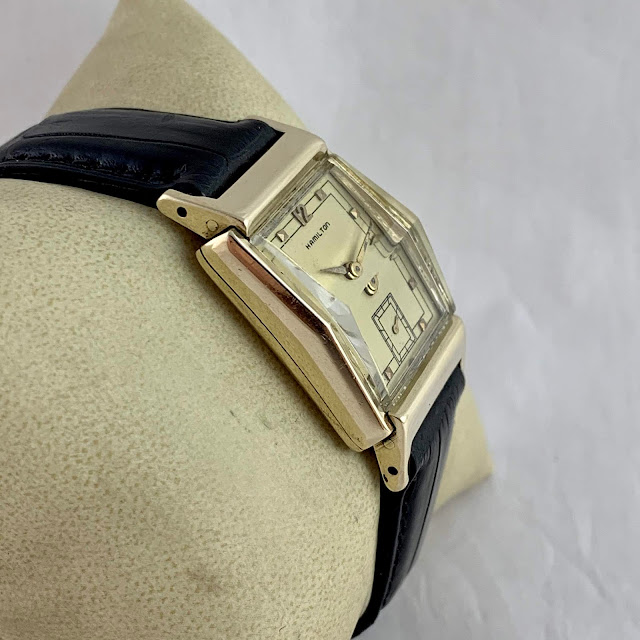 I think the watch looks much more interesting when it's more flattering light. 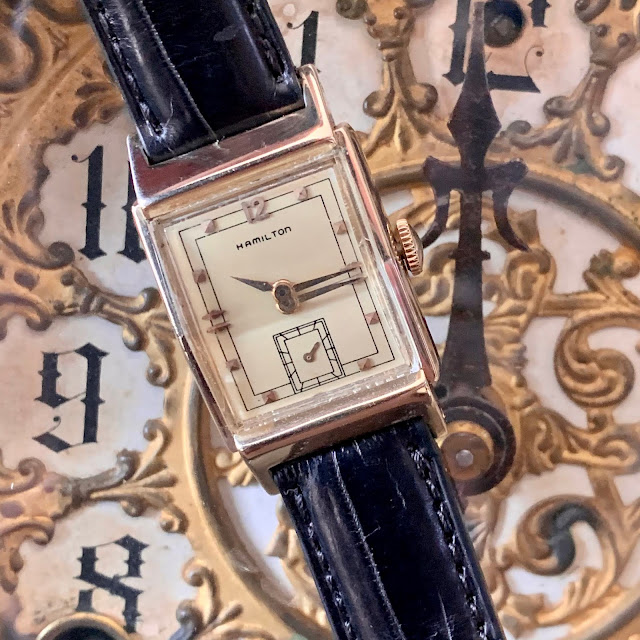