I try not to post repeat models but I thought you might find my most recent project interesting,  It's a model called the Eaton, originally introduced in 1948  and produced through 1951. 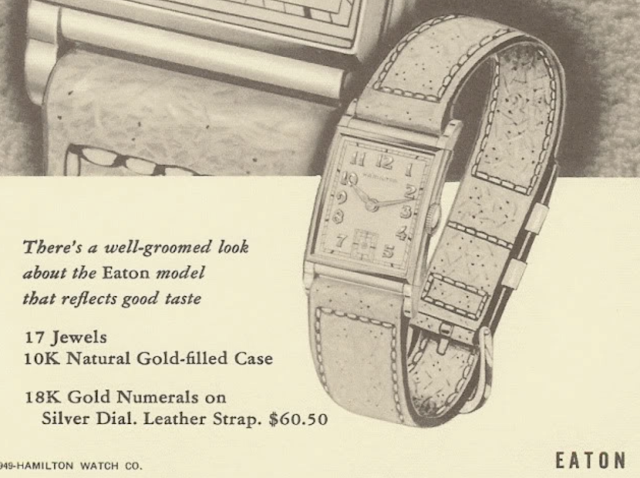 The Eaton is not a very large model.  In fact, it's about as small as you can make with a 14/0 movement tucked inside.  It came in a 10K yellow gold filled case so you could probably guess it has a 17 jewel 980 movement inside.  14K gold filled models got the 19 jewel 982.

As received, it was in need of some serious TLC but not too unusual for a 70+ year old watch. 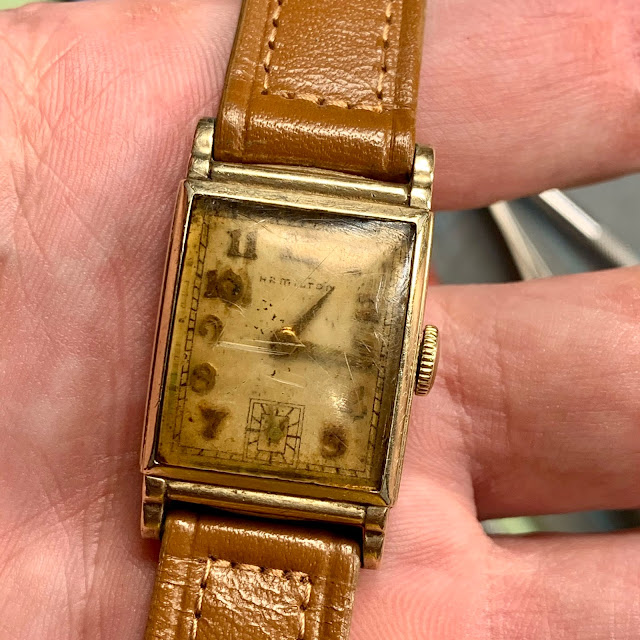 My first clue that this was going to be a challenging project was I couldn't get it out of the case.  I pried and I pried until eventually it gave way. 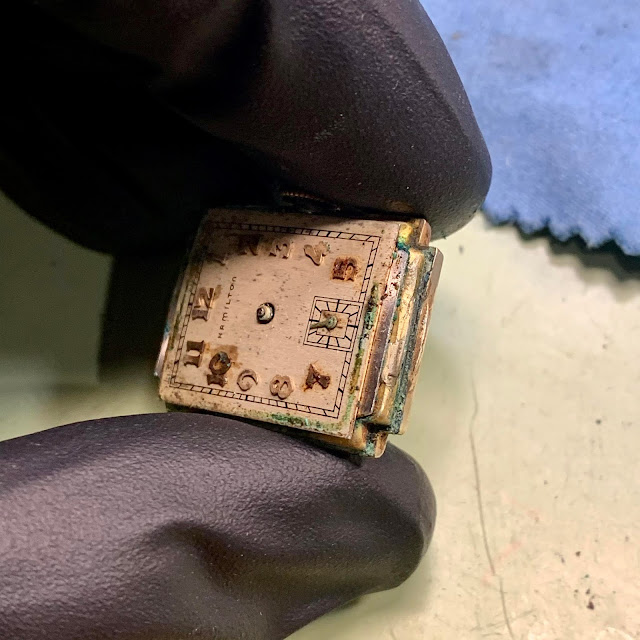 I loosened the two dial foot screws and then pried and pried on the dial.  What the heck?  Eventually it gave way too.  The dial feet are still there so I have no idea what this goopy mess was. 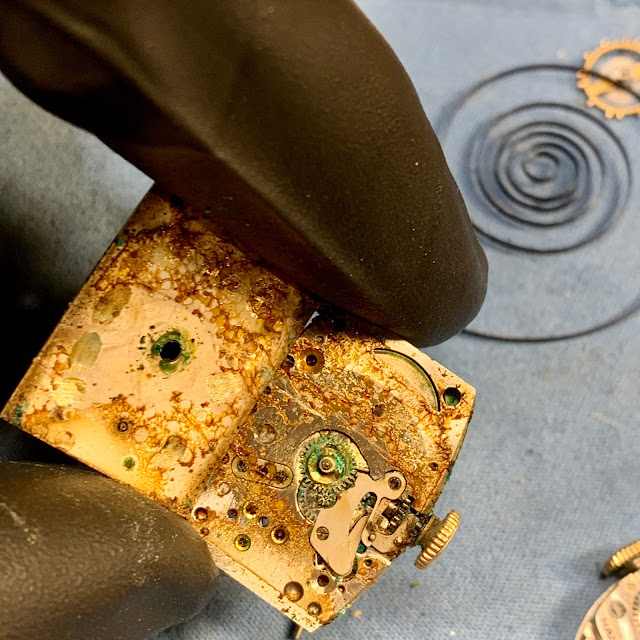 I was unable to get the hour wheel off - that's never happened before.  Based on the green verdigris this watch hasn't run in many, many years.

A new glass crystal will be an improvement, assuming I can get this watch to run again. 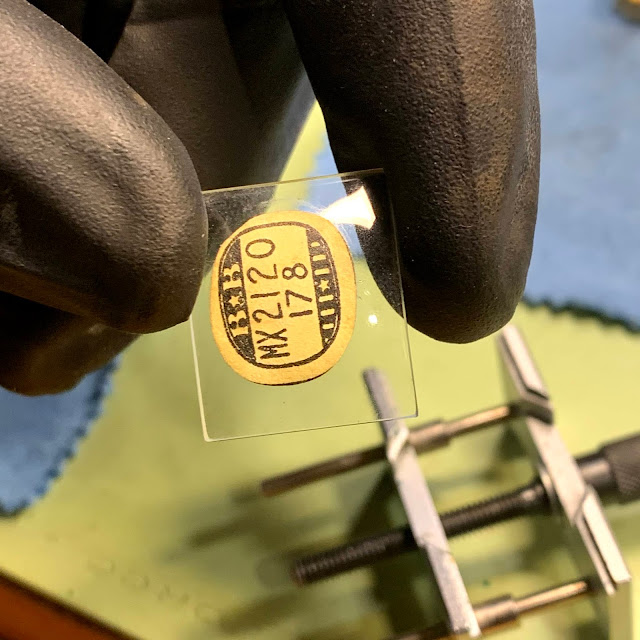 It took about 20 minutes in the ultrasonic along with some elbow grease with peg wood and Q-tips to get everything apart and cleaned up.  Surprisingly, the only casualty was the set lever and set lever screw - they were a rusted mess.  A new white alloy mainspring is also in order, the original was actually broken. 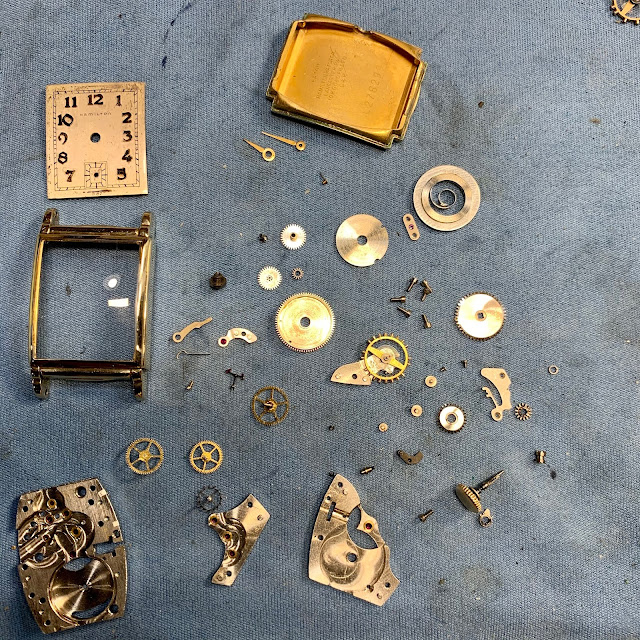 This watch would have made a nice Easter post, as it has been raised from the dead and is ticking away with good motion.  Based on the movement serial number, this watch is a 1949 model. 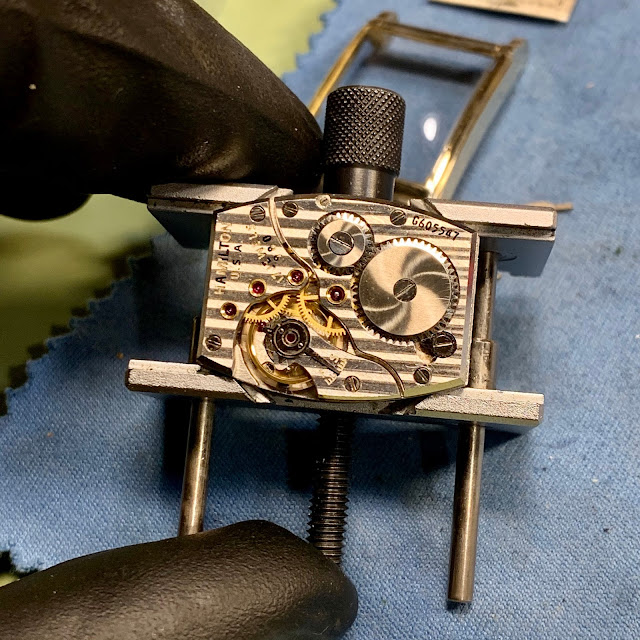 What the heck?  There's a shotgun pattern of noise on the timegrapher.  Something inside is making noise. 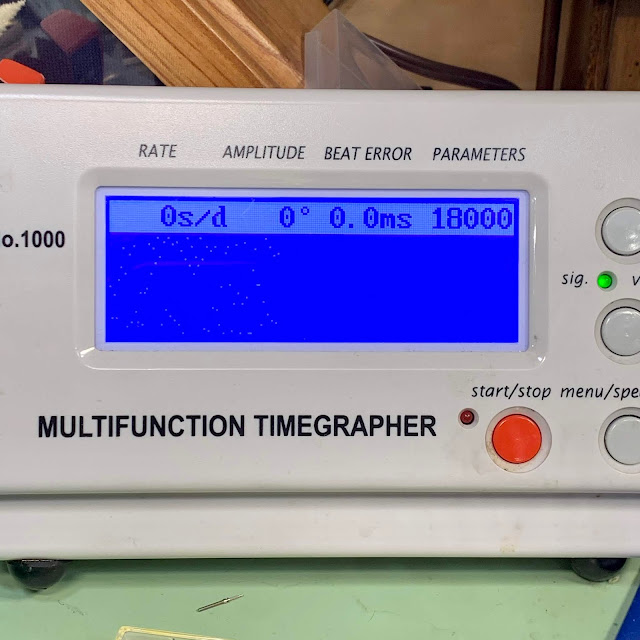 Close observation revealed a tiny filament snagged on the balance roller table, probably from a Q-tip.  Once it was out of the way the timing cleaned up nicely.  Just a slight tweak to the regulator is needed to speed the watch up a smidgen although being within 1 minute per day isn't that bad for a vintage watch. 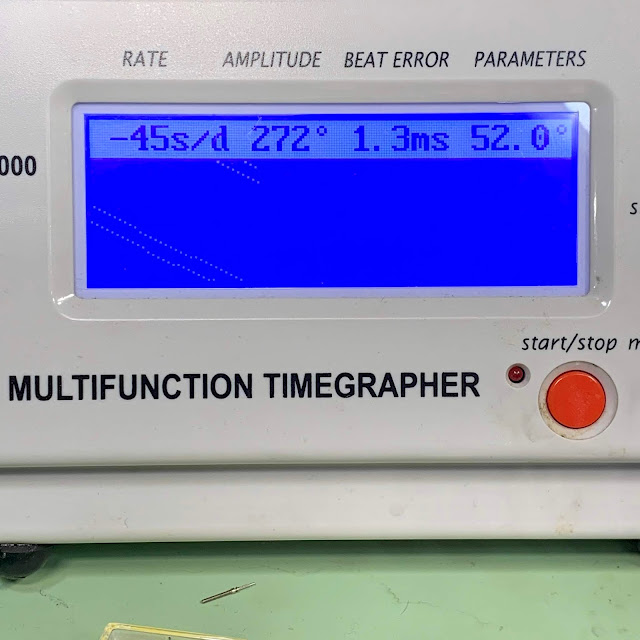 It's hard to believe this is the same watch I started with.  My light tent is merciless but even with that, this watch looks pretty good.  It's even better in regular light.  The original dial shows it's age but it's way better than it was and definitely not bad enough to get refinished.  This watch is ready for more wrist time, hopefully it won't be gummed into oblivion again. 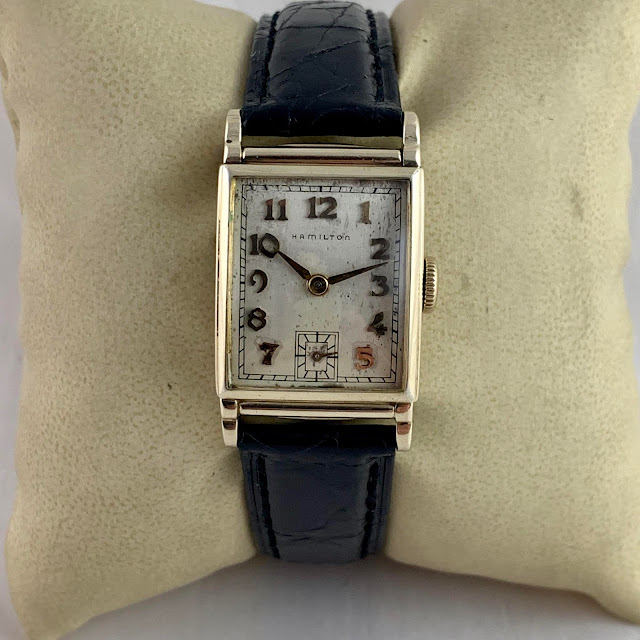