Styling in the 1950s was pretty wonky on some models.  I guess the same was eventually true with cars too.  I'm not sure what to call the styling but I think it takes an acquired taste to appreciate it.

Take for example the 1953 Lawton.  It was made for only two years. 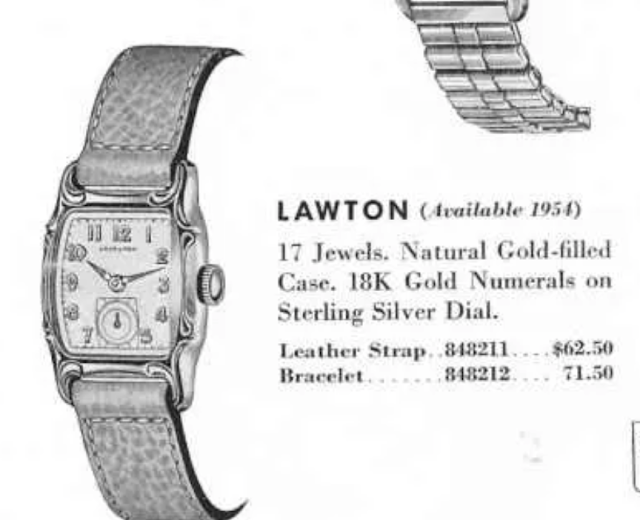 To my eye, this sort of design is reminiscent of a horseshoe crab.  It is both smooth and sharp at the same time. 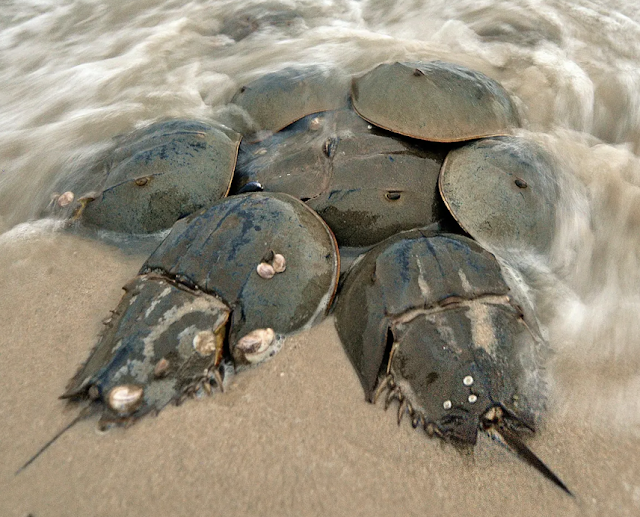 The Lawton came in a 10K yellow gold filled case and featured a sterling silver dial with solid 18K gold numerals.  Behind the dial you'll find a 17 jewel 747 movement.
My project watch came courtesy of a fellow collector.  He was having difficulty with it running after having it serviced.   As received it looked almost unworn other than a few scratches on the crystal. 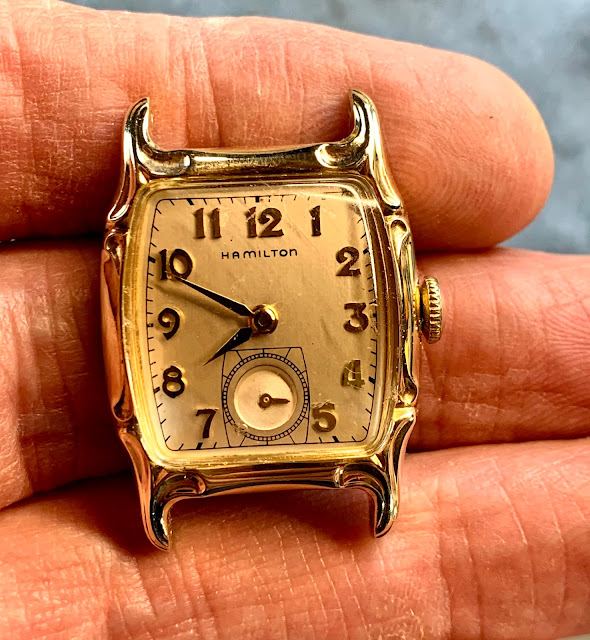 This watch features a crystal known as a "cylinder".  It is curved glass supported by walls on the side, rather than a curved class of consistent thickness.  A cylinder crystal is a perfect complement to this style case and fits the design perfectly. 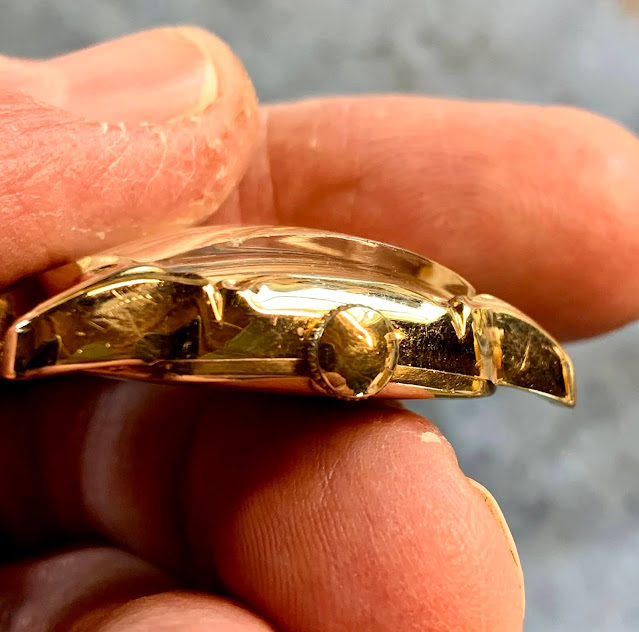 The inside of the case back makes identifying the model very easy, it has the name stamped inside. 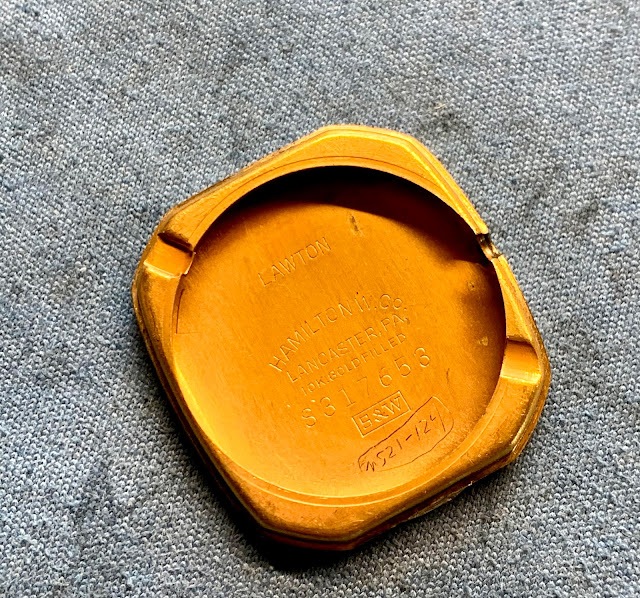 The 17 jewel 747 movement looks to be in great shape but it's not running, at least not well. 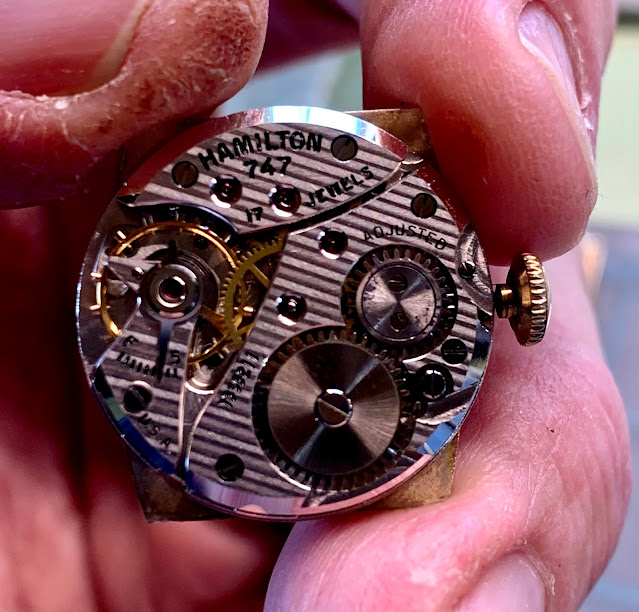 You can see in the shot below that a new crystal is in order.  Glass is much harder to scratch than plastic but the scratches cannot be polished out. 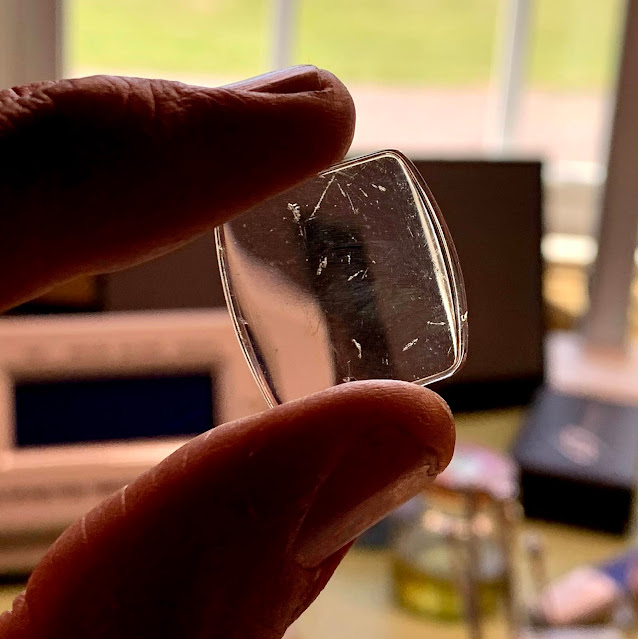 A new crystal will make a nice improvement after a little shaping with 600 grit wet/dry sandpaper. 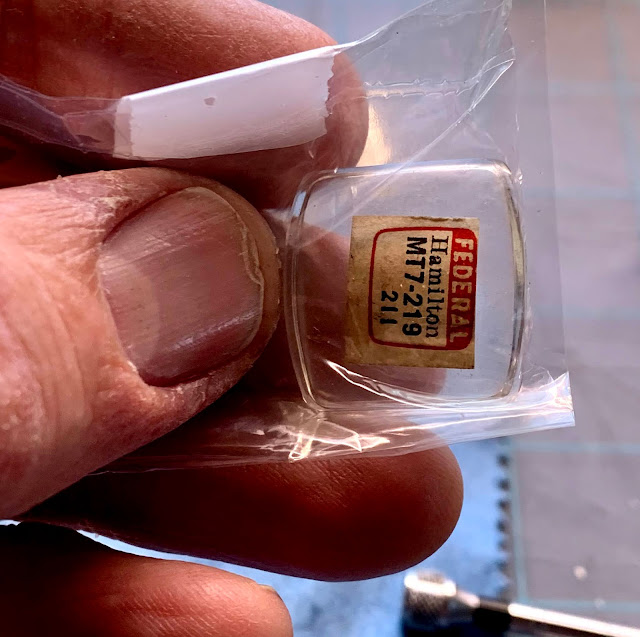 The movement is completely stripped and cleaned in my ultrasonic cleaner.  Then it gets rinsed twice, dried and reassembled with fresh lubricants. 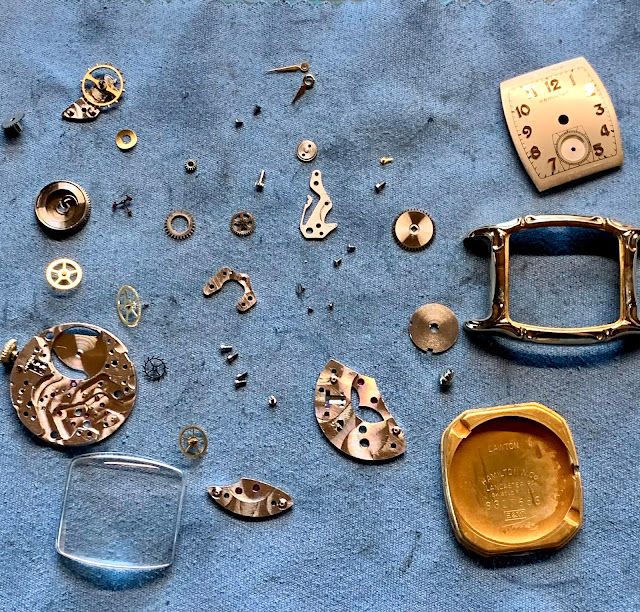 The reassembled movement is now ticking away with a good motion.  Now it's off to the timer to listen to the ticking. 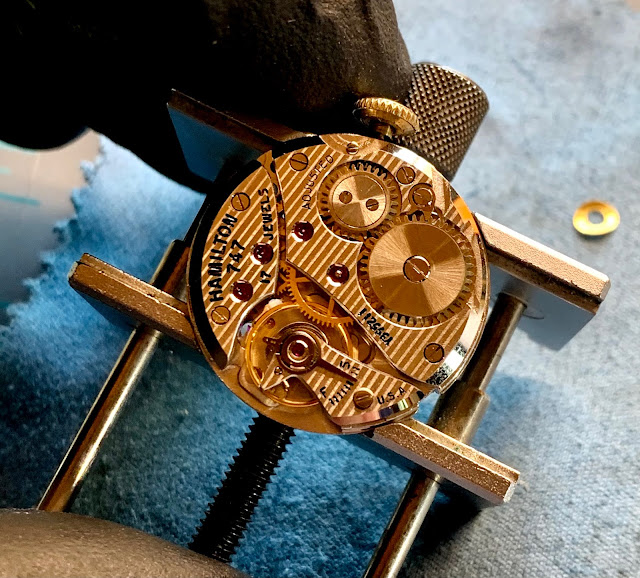 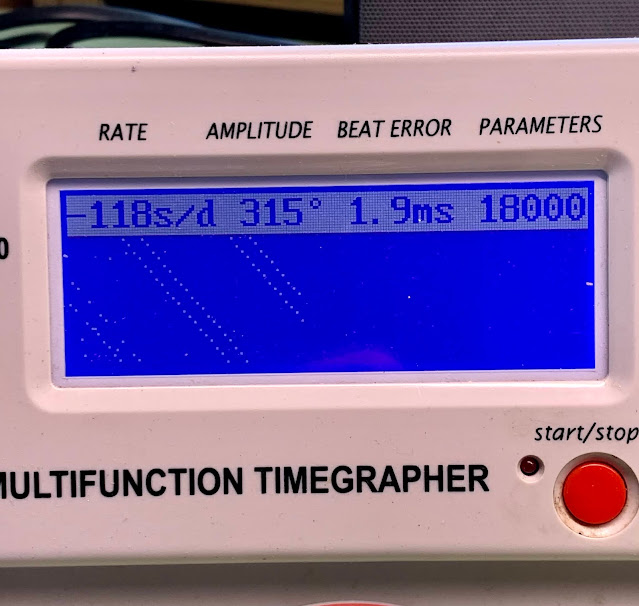 A slight tweak to the regulator speeds the watch up.  I'll leave it running a smidgen fast. 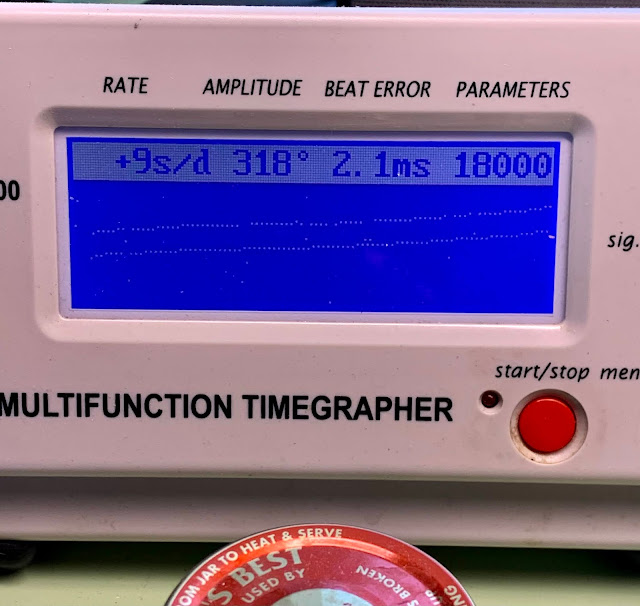 Not only is the case gold filled, the crown is too and once the knurling on the crown gets worn, the side is prone to coming off, exposing the brass within.  Apparently this watch will need a new crown, as well as new crystal. 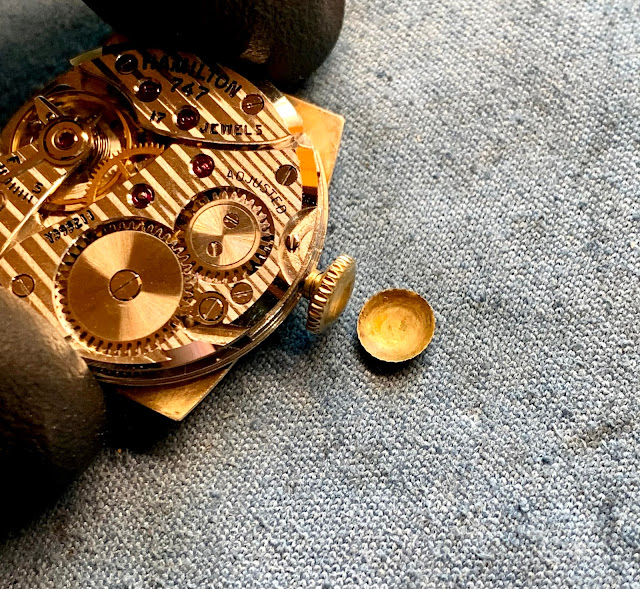 I don't have my light tent back up and functional yet so here's a photo of the finished watch in sunlight.  It's not a bad looking watch, even if it is reminiscent of a horseshoe crab.   Now it's running as nice as it looks. 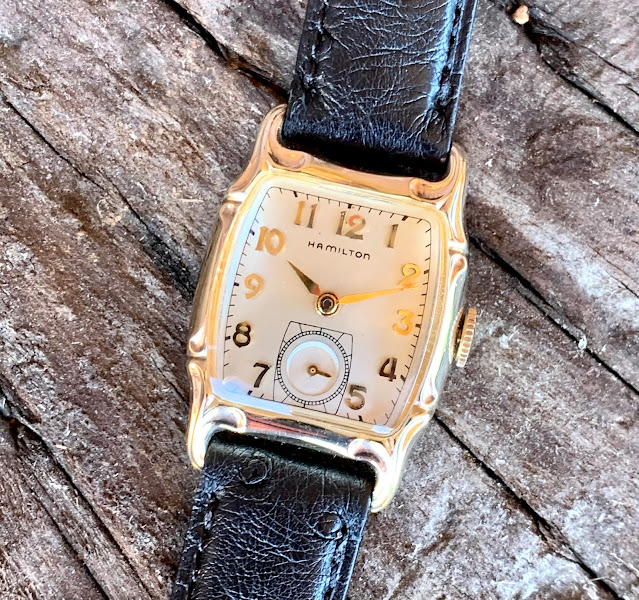