It's not unusual to come across models, especially from the 1960s and later, that are hard to identify and not shown in the Hamilton catalogs.  Usually these models will also have model numbers on the case back that will provide a clue.

I recently received a watch that I got midway through before I realized it would be a good blog post.

My project watch originally made it's way to Hamilton for repair but they weren't willing to fix it (or it would cost too much).  That's not surprising.  I suspect if you brought a 1965 Mustang to a Ford dealer they might not be the best choice in 2021.

Anyway, the watch came to me in a bit of disarray... the crystal was broken and the hands were loose inside the case. 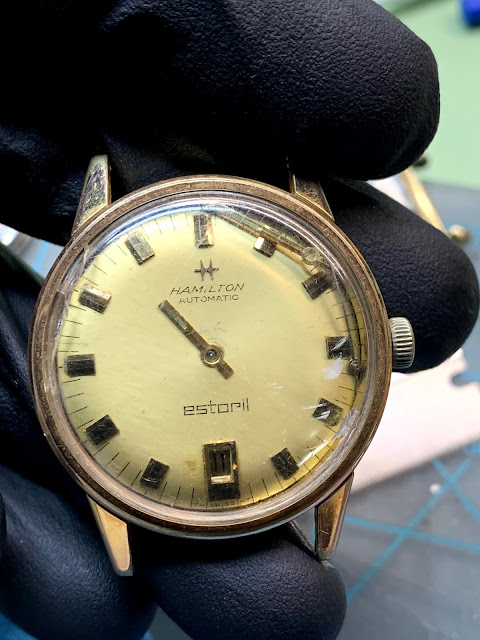 Estoril is a model line, as best I can tell.  I tend to associate it with non-US models since Estoril is a resort town in Portugal.  Looking at the case back, it's reminiscent of Omega's Seamaster line, at least to my eye.  If you look closely you can see the model number 64003-4. 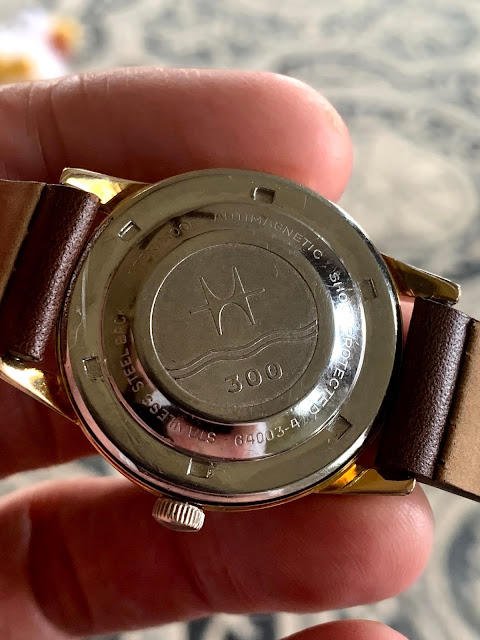 The first two digits of the model number often represent the movement caliber inside.  64 is an automatic caliber with the date complication.  In the US, these movements will typically be the 694 or 694A.  The -4 implies the watch is yellow gold filled or RGP.  A -3 would mean stainless steel.  The remaining three digits designate the case design further.  So a -3 and a -4 will have very similar case designs but one will be stainless and the other yellow.
I realized I restored another Estoril model a few years ago.  It was shown in the catalogs though and is known as the 1964 Dateline A-578. 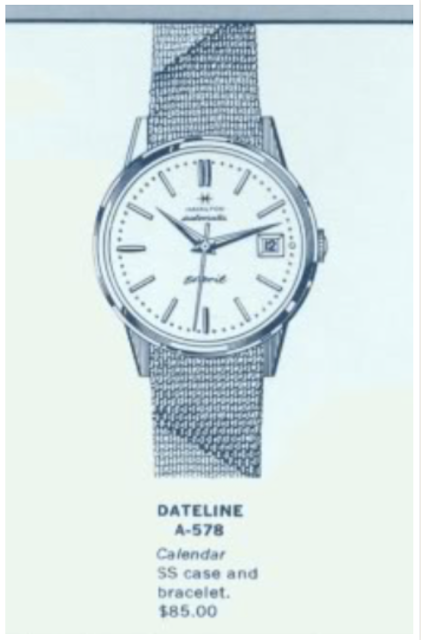 Notice the case shape is similar but dial features are very different.  You can see from the photo below that the Dateline A-578 has an identical case back with the exception being the model number is -3. 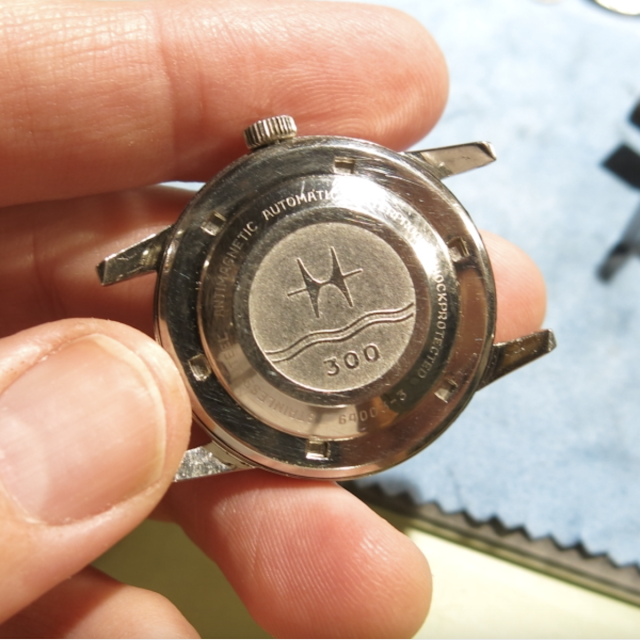 Tucked inside my project watch is a 21 jewel caliber 64 movement.  Not the 17 jewel 694A that you might expect.  I had already taken it apart and cleaned it before I realized this might be a good blog post - so I didn't take a lot of photos of the movement.
However, I realized something interesting so I took the photo to show it.  Notice anything missing (other than the automatic framework, etc? 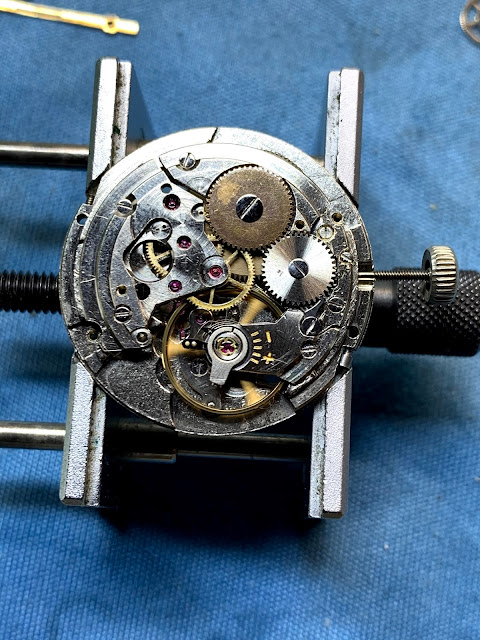 The balance cock is missing the import code HYL.  ALL Swiss-made movements in US Hamilton models have the same import code on the balance cock... HYL.  The same basic movement will have a different import code if it's used by a different US brand.  For example, Illinois movements have TXD.
Anyway, this movement has no import code so I don't believe this watch was a US model.
The rest of the reassembly went smoothly, other than the usual losing of the date index lever and spring that typically happens with this movement.
Normally when I put those parts on I will move to might light tent so when the parts inevitably fly off I know they will likely stay in the confined space of the tent.  In this case I decided to risk it and spent 20 minutes in watchmaker prayer... on my hands and knees looking for the blasted parts.  Once I found them I tried again, this time with a clear plastic drop cloth draped over me like Harry Potters invisibility cloak.
A new plastic crystal and fresh luminous paint on the hands make a huge improvement to the watch.  Let's face it, just attaching all three hands was an improvement.  It's a nice looking watch and I think the owner will be very happy to have their family heirloom back in working order. 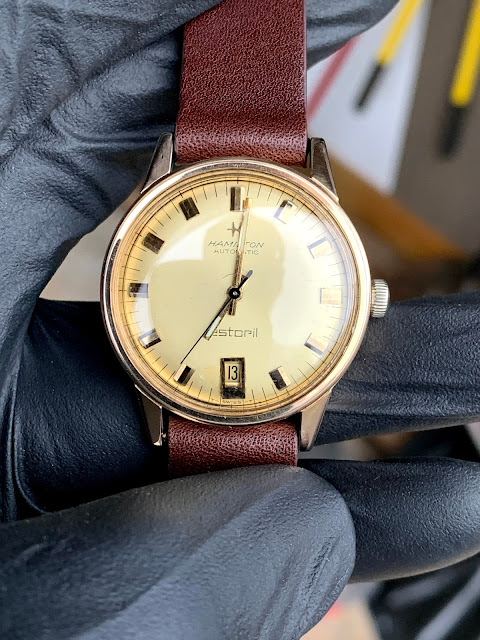