One model that I haven't come across until recently was a bit of a surprise.  It's a member of the Lord Lancaster line, specifically the Lord Lancaster B.  It was introduced in 1963 and produced through 1969 - so why has it been so hard to come across?  Beats me... but better late than never! 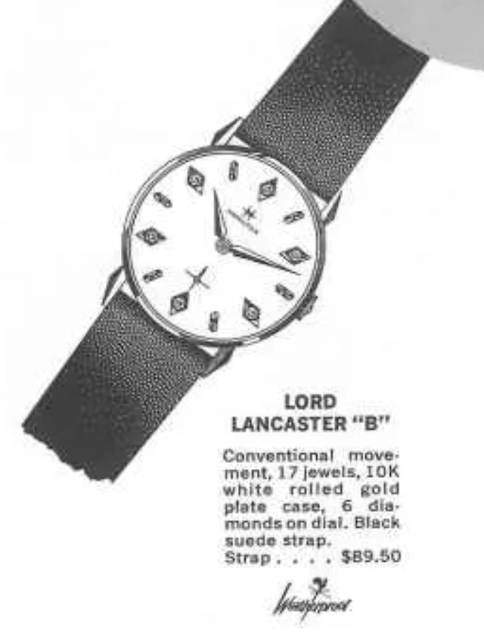 The Lord Lancaster line is unique in that the designs incorporate diamonds, either on the dial or integrated into the case.  All price points were represented from entry-level to ultra expensive.
The Lord Lancaster B is on the less expensive side of the model continuum.  It features a Swiss-made movement and a rolled gold plated (RGP) case.  Originally the model was offered only in white rolled gold but by 1969 yellow was an available option too. 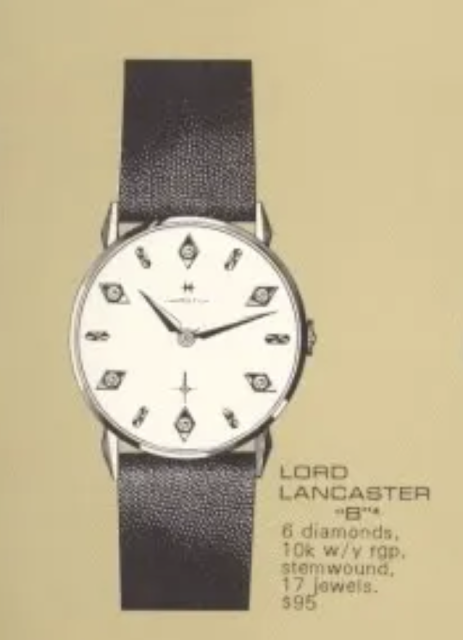 My project watch arrived in decent condition with an aftermarket Speidel bracelet.  It's not original to the watch but it's not a bad pairing either, in my opinion. 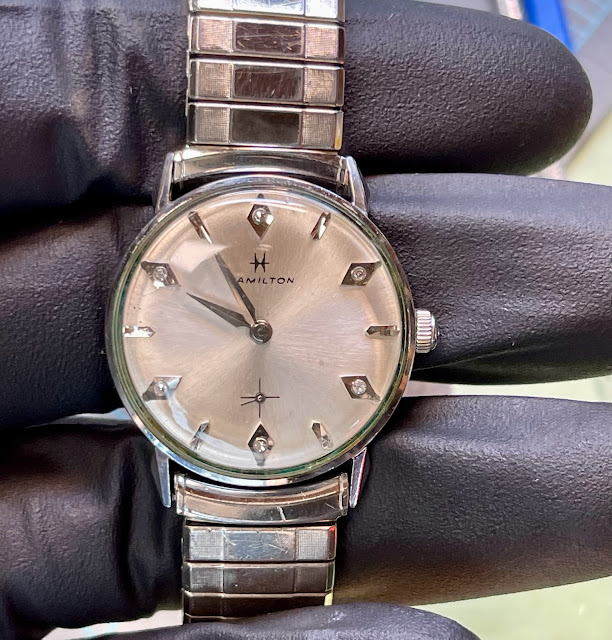 The watch opens through the crystal and once the two-piece stem and crown are removed the movement and dial will lift straight out.  The dial has a radial finish where it's brushed from the center outward in all directions.  Its a very nice looking dial.  The diamonds are a little on the tiny side but they'd still be a girl's best friend. 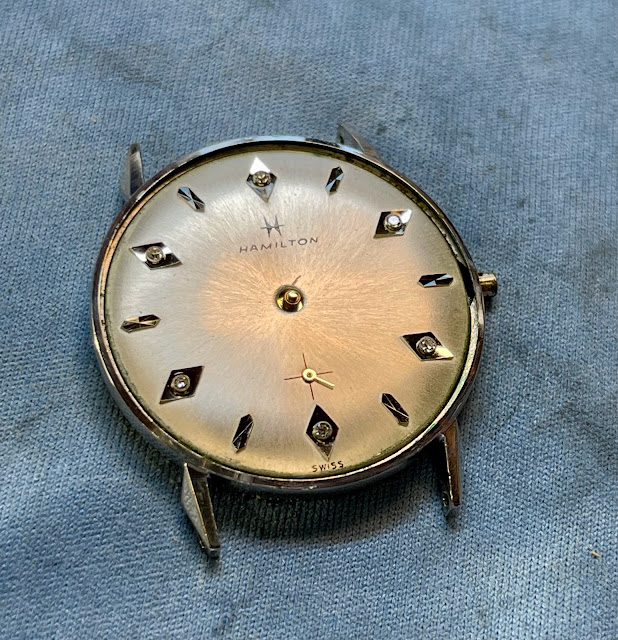 Tucked behind the dial is a Hamilton 686 movement.  This is a 17 jewel Swiss-made ebauche with a glucydur balance - notice there are no timing screws. 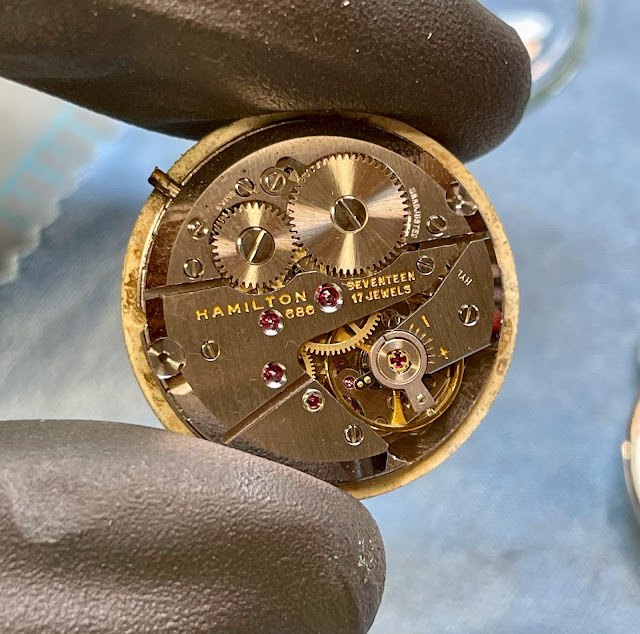 Everything gets disassembled and thoroughly cleaned 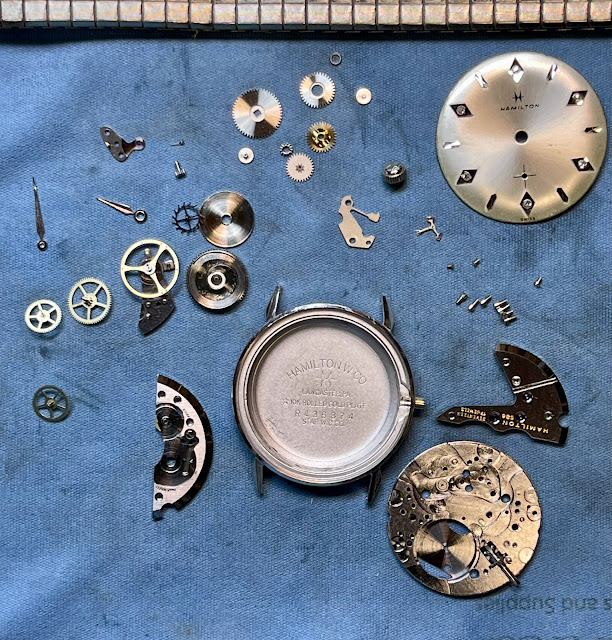 It actually took me a while to get the watch to run.  I should have checked it out more closely before I started to see if it was in running condition.  Ultimately I had to change the balance cock but I was able to dial it in the timing nicely after that. 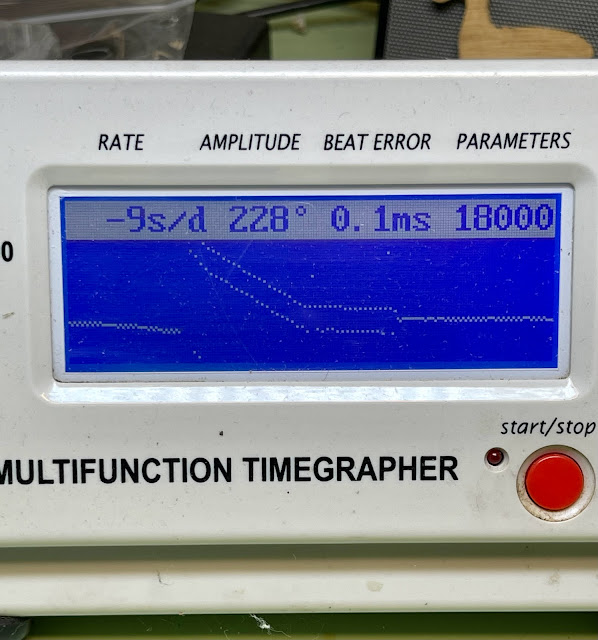 I replaced the crystal as the original was a bit grungy and yellowed.  The new crystal makes this watch really sparkle now!  It's a sharp-looking watch, I'm surprised I haven't seen more examples out there. 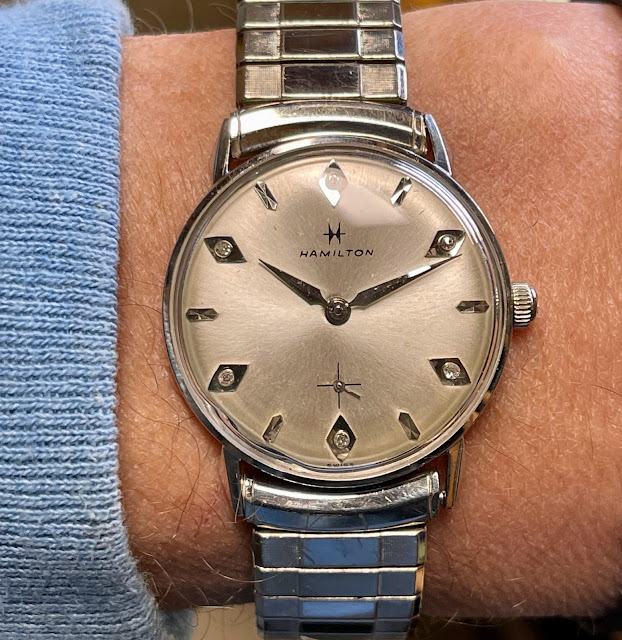