Both models were produced for three years. 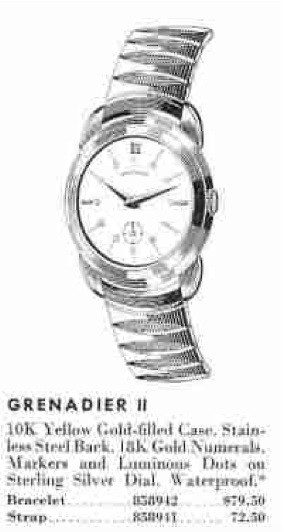 The Grendadier II comes in a 10K yellow gold filled case with a stainless steel back.  Sometimes this case is described as a "flying saucer" and reminiscent of the 1950's sci-fi movies.  The silver dial features solid 18K gold numerals and luminous dots.

Under the "hood" you will find a 17 jewel, 8/0 sized Hamilton movement... either a 747 or a 730, depending on when the watch was produced.  The 730 is virtually identical to the 747 except for  shock jewels added to protect the balance staff.

The hand style is called "dauphine" and they are solid.

What's that you say?  Why have solid hands but luminous dots?  How could you tell the time in the dark without lume on the hands?

Well, to explain, let me show you a recent restoration of a Grendadier II.  As received the dial was incorrectly refinished at some point and the lacquer on the dial was flaking off in the center.  It turns out that the hands had radium under the hands so when they glowed they would illuminate the dial.  The hands would be dark silhouettes on an illuminated dial. 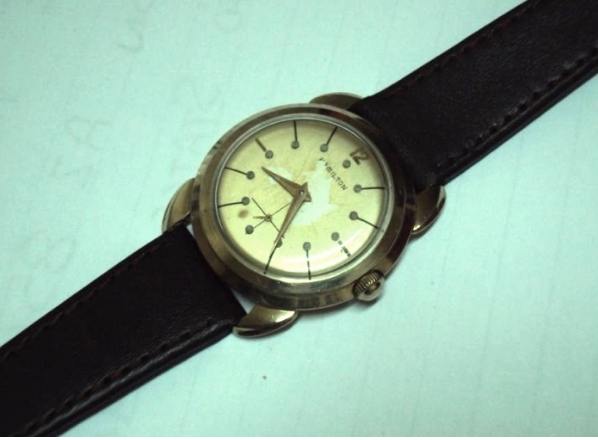 Radium emits alpha rays 24x7 for about 1600 years so after a while that takes its toll on the dial surface.  Fortunately the watch case and crystal block alpha rays so the "danger" is minimal.  But that's how the illumination of the dial occurred.

If Radium concerns you, and it probably should, then be sure to have your house checked for radon gas - as Radium is naturally occurring in many places around the world and leaks out of the ground as radon and into your basement or crawlspace.

This dial was toast though so it had to be redone.  During the process I removed the radium in my ultrasonic and returned it to the earth from which it came.

And here is the watch after having the dial professionally refinished by International Dial Co.  They did an awesome job, as usual. 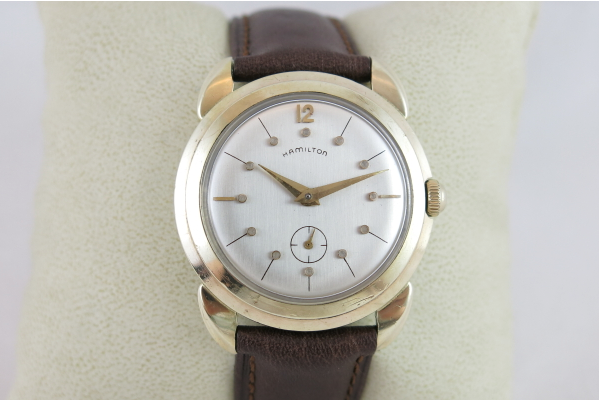 One final bit of trivia is on the movement.  If you look closely below, you may note an irregularity.  No, it's not that one of the 7's in 747 is missing it's black enamel (although that's true).  Around the mid-1950's Hamilton stopped putting serial numbers on their movements so this movement has no serial number where earlier 747's do have one (on the barrel bridge). 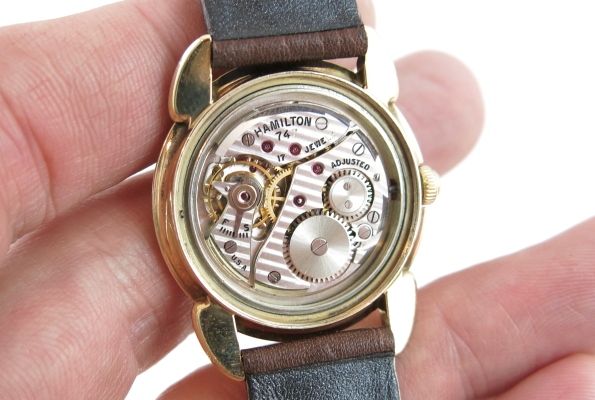 Anyway, this Grenadier has been returned to "almost new" condition, but with only luminous dots.  The best this watch can do now is allow you to find it in the dark.  You won't be able to tell the time.
Posted by HandyDan at 3:49 PM