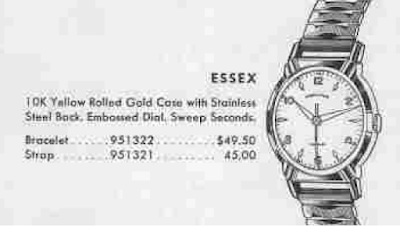 Although it was introduced in 1956 and produced for two years, the Essex looks an awful lot like an Illinois model from earlier in the 1950s... specifically the 1953 Model E which was renamed the Debonair E in 1954 and 1955. 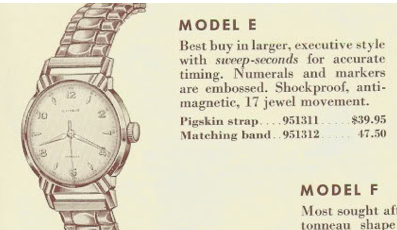 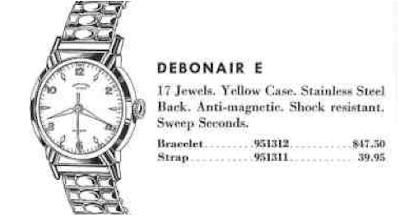 The Essex dial changed slightly in 1957 to have bolder numerals on the embossed (stamped) dial. 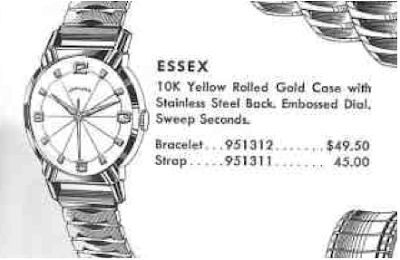 Behind the dial you should find a Hamilton 671 movement which is a Swiss-made movement produced by ETA and is equivalent to the 17 jewel 1080 movement.

I recently purchased an Essex in a local shop and the second hand was missing and it was not running.  Like the Sea-Scape I recently overhauled, this 671 gave me fits!  Then I realized the hairspring cleaner I was using must have been too dirty... as when I changed it everything went back to normal and ran as it should... go figure!

So here's a couple of shots of my Essex.  I replaced the Fourth Wheel - it's what drives the second hand, as the second hand bit (the part the second hand is supposed to attach to) was missing.  I put a replacement hand on it and with a nice polish to the case and crystal, I'd say it looks great!

One thing that is interesting is the dial... it doesn't completely match the catalog image.  It has a track of pearlized dots inside the markers and there's nothing written on the dial above the 6.  I've never seen another Essex in the flesh before, other than the 1957 variety - so this is a very interesting mystery. 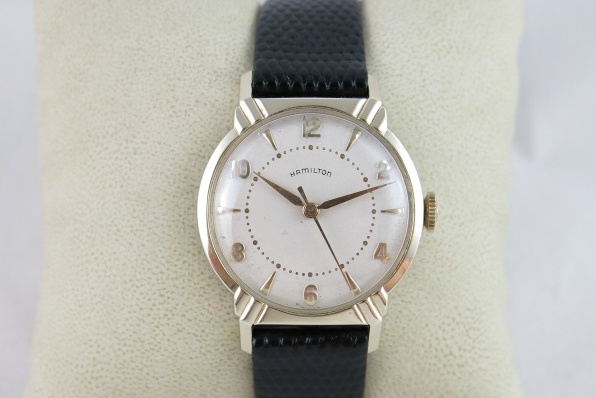 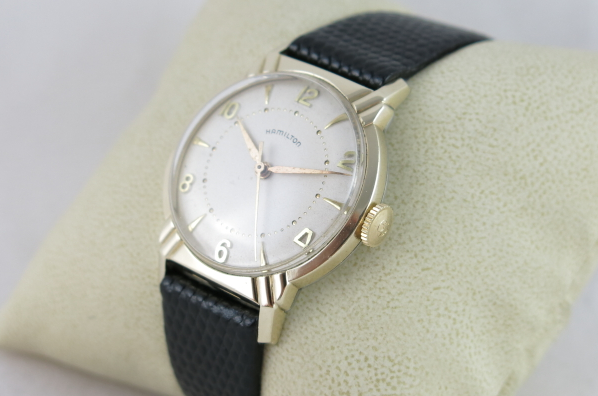 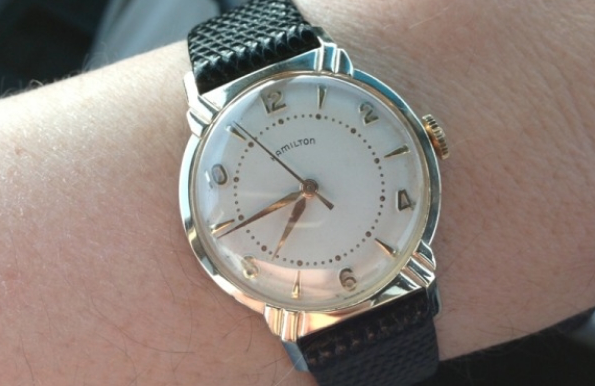