I think my favorite period for Hamilton watches is the 1930's.  I must be an "old soul" as I am very drawn to the styles that were produced during the Great Depression.  Second on my list of interesting watches are probably the 1950's models.  The watches started to get bigger, and automatics and electrics were introduced.   It seemed the best of Hamilton's established traditions were mixed with new and innovative concepts during the 1950's. 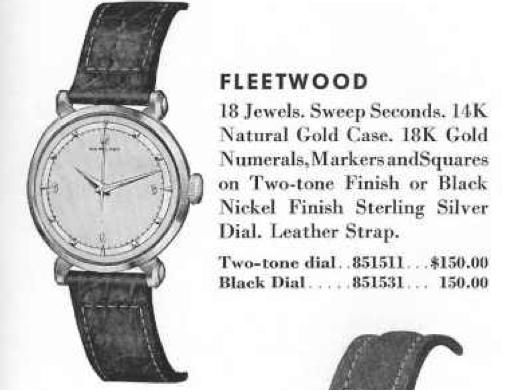 The Fleetwood is a good sized watch.  Strikingly larger than any1940's model, when watches were considerably smaller.  The model came in a solid 14K yellow gold case with a two-tone sterling silver dial with solid 18K gold numerals, markers and squares.

You may wonder what's so innovative about the Fleetwood?   Well, to me, it's innovative because it's size ushered in an era of much larger watches.  In addition, it balances classic Hamilton high quality dial elements with a funky case design with concave lugs that are not apparent from the front.

I recently received a very nice Fleetwood that was ready for some regular maintenance.  It's a good idea to get a watch serviced every 5 years, maybe less if it's worn frequently.  This one just needs an overhaul and a crystal polish. 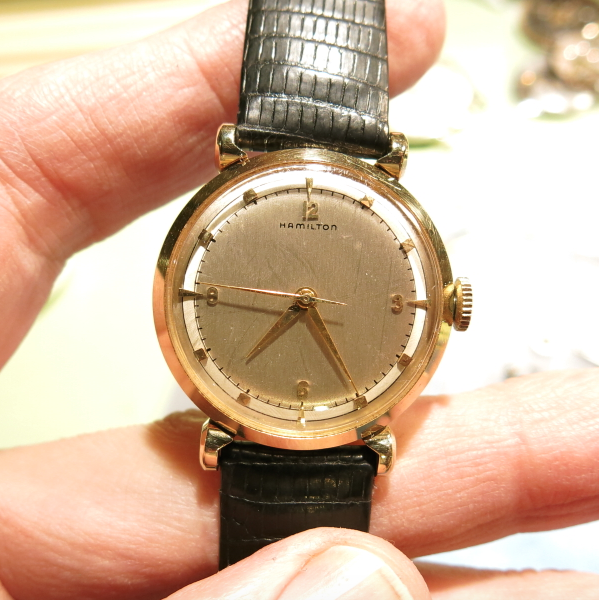 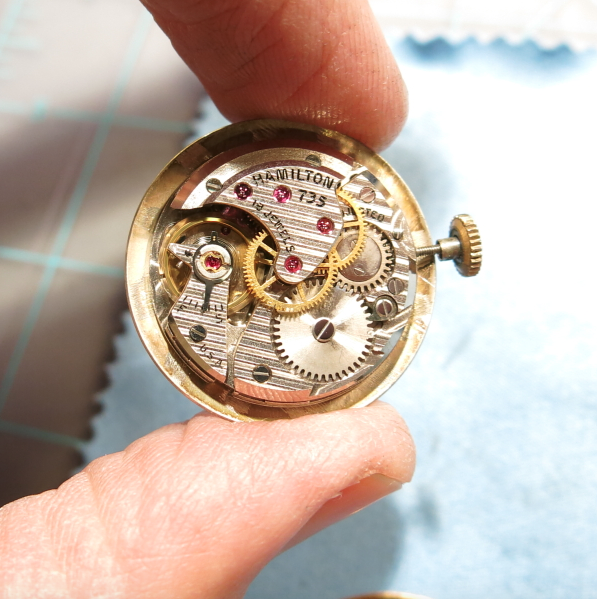 The one thing I really appreciate with solid gold cases is they always look clean inside.  Gold doesn't corrode so you don't get oxidation or the verdigris that is common in gold filled cases. 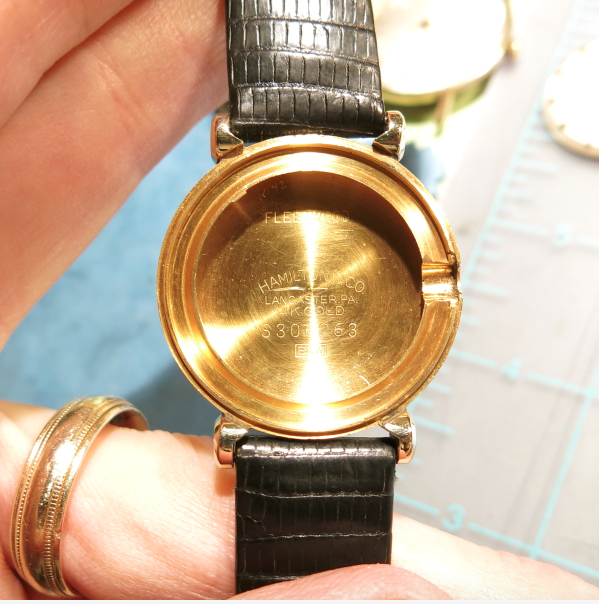 Everything is disassembled, cleaned and dried.  Here it's all laid out and ready for reassembly.  It looks like a lot of parts but if you don't include the screws, there's only about 24 pieces to put back together.  The trick is to not break them or lose them.  This isn't something you do over the family room carpet, that's for sure. 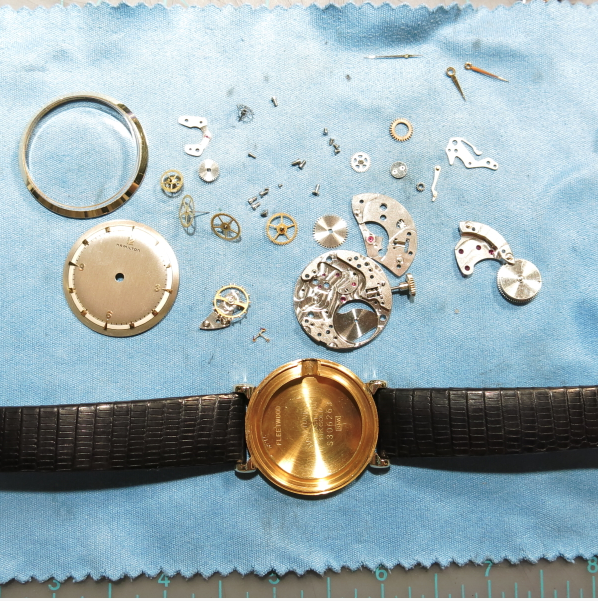 The trickiest part of the reinstallation is to get these four wheels to all line up when the train bridge goes back on.  The empty space on the right is for the balance assembly, which will go on last. 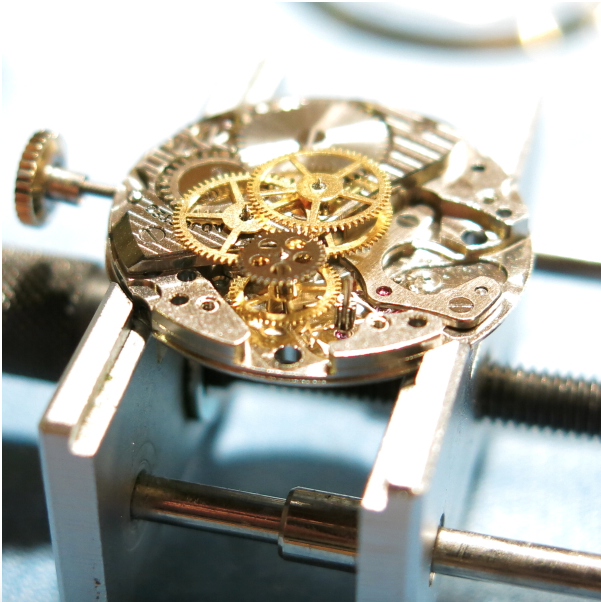 Here the balance is reinstalled and happily purring away in a blur.  It's off to the timer to "listen" to how well it's running. 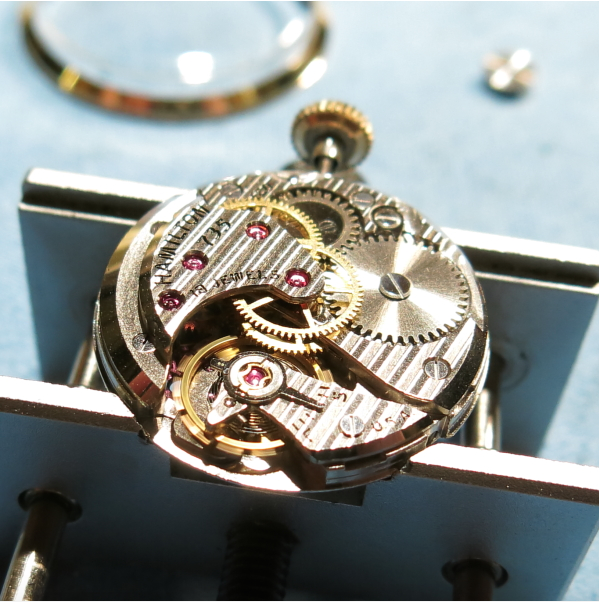 14 seconds per day fast with good amplitude and a low beat error.  Nothing to complain about here. 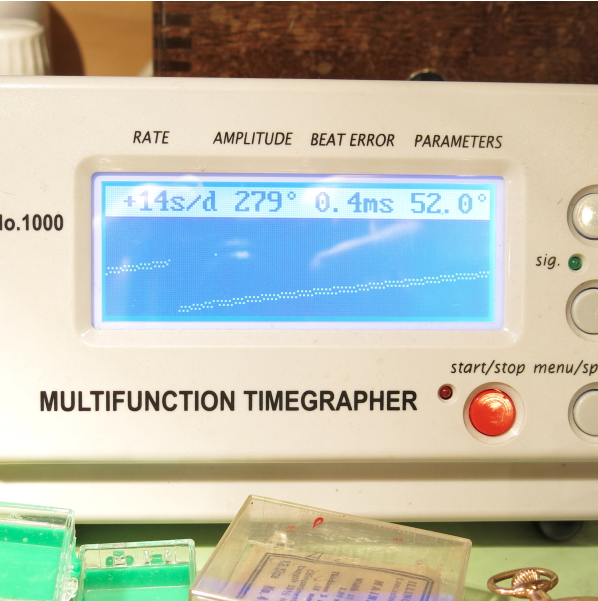 And here's the finished product on it's pillow shot.  Everything now sparkles, inside and out and this Fleetwood is a real beauty. 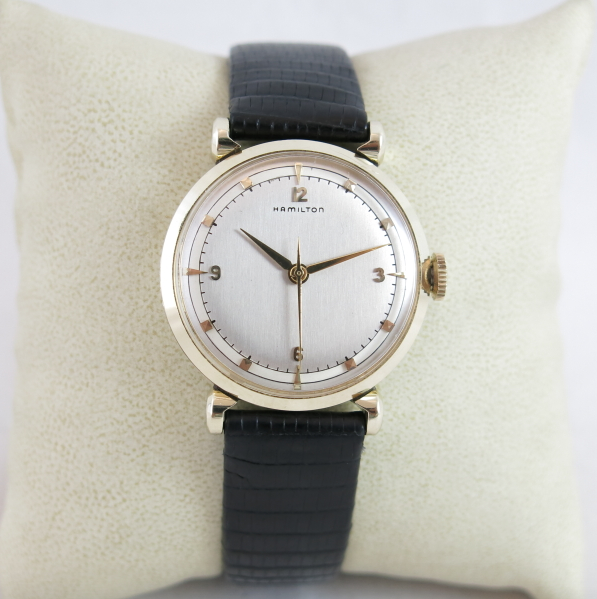 Here's a shot of it from the side, check out these scalloped lugs - this is a very elegant looking dress watch, in my opinion. 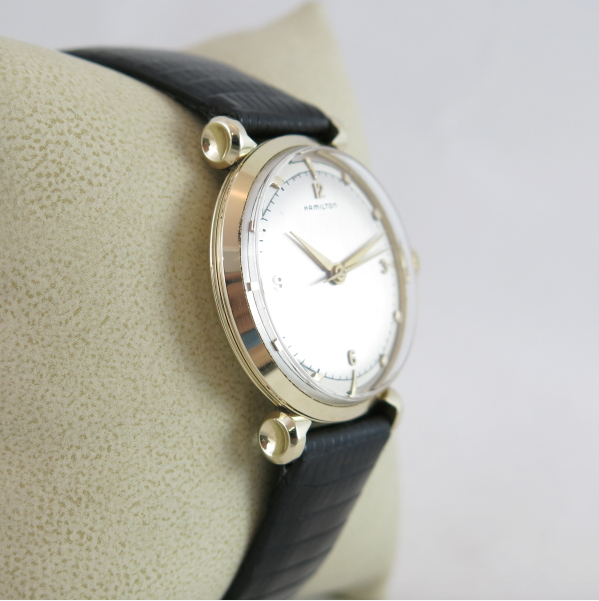 The Fleetwood is similar to many other models from the 1950's in that it also offered a black dialed version.  Black dialed models are very popular and often command a premium. 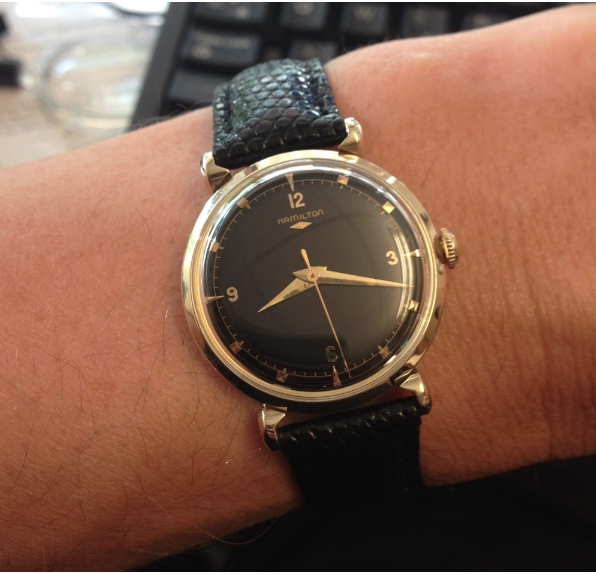