Hamilton acquired the Illinois Watch Company in the 1920's and although Illinois watches continued to be made into the 1930's, the brand eventually went dormant.  Hamilton reintroduced the Illinois brand in 1953 and I've heard different reasons why.

One has something to do with trademark ownership… sort of a use it or lose it situation.  The other reason, which I think is potentially more plausible, is Hamilton realized that it would need to be able to provide watches at lower price points to be more competitive with other manufacturers or risk losing significant market share.  Reintroducing the Illinois brand allowed the introduction of less expensive Swiss-made movements without disrupting Hamilton's status as a premier brand.   After a few years though, I think Hamilton executives realized that the Illinois brand wasn't needed and that the Hamilton brand could effectively represent both US-made and Swiss-made watches through differing product tiers.

For example, in 1953 Hamilton introduced the Illinois Automatic Model B.  It was produced for two years. 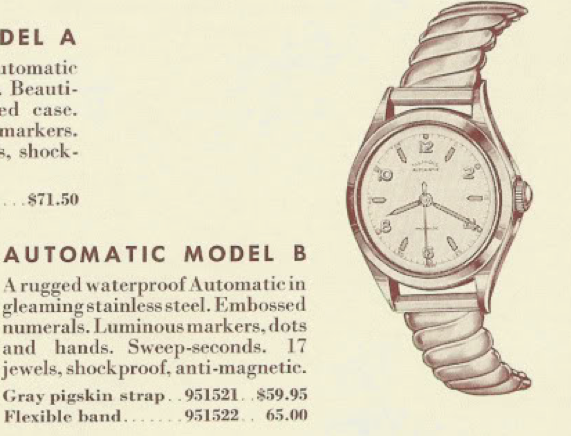 The Model B came in a stainless steel case with either a bracelet or strap.  The dial has embossed numerals and markers with luminous material applied to both the dial and the hands.

Under the dial is an ETA 1256 automatic movement.  ETA still makes Hamilton's movements today, 60 years later.  Back then, however, ETA was largely an ebauche manufacturer - meaning they made blank movements or partially completed movements that other companies could build upon and complete or customize.

I recently received a Model B in need of some TLC.   Although it was running, the hands had fallen off - a sure sign that attention is warranted. 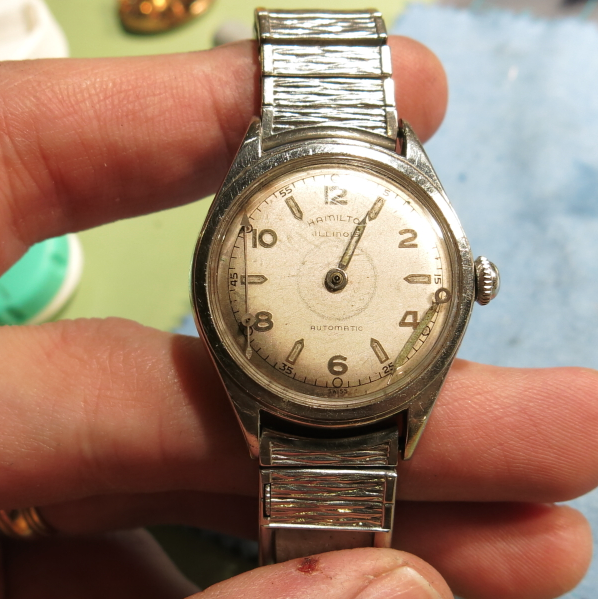 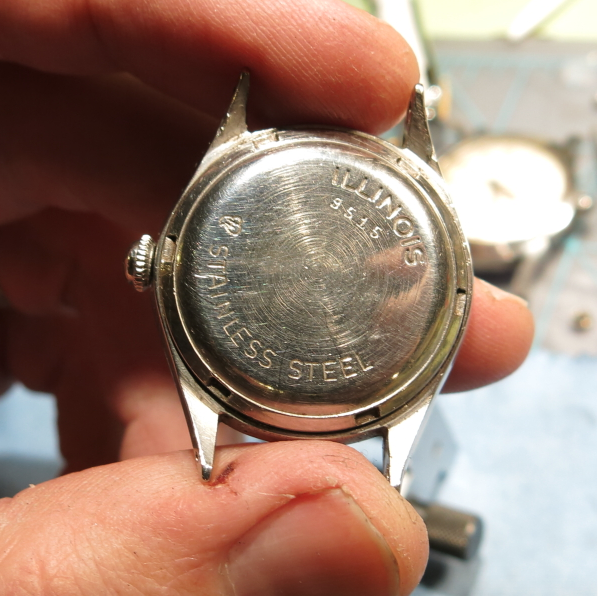 Here's a bit of a surprise.  The rotor is unmarked.  There's nothing on the movement to indicate it's an Illinois movement other than TXD on the balance cock - which is an import code for Illinois.  I suspect there was a problem with the original rotor and it was easier to install a generic rotor in it's place. 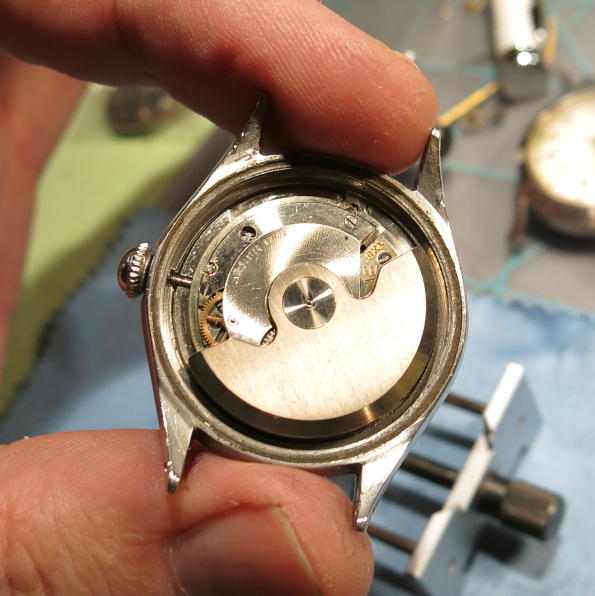 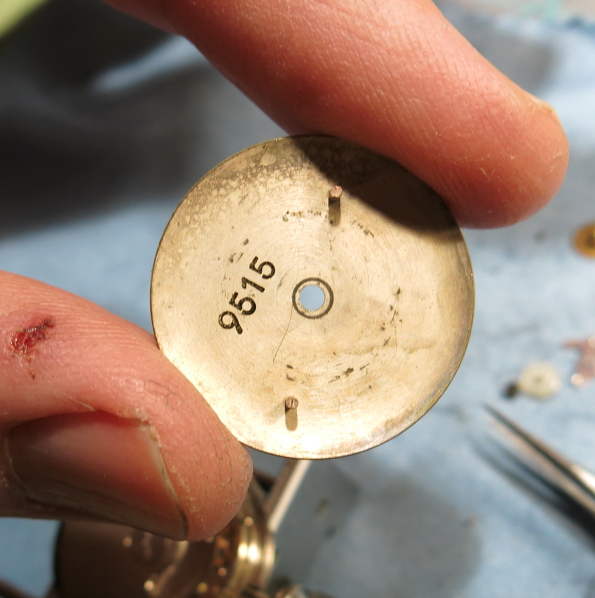 The rotor is held on with three screws and once they are removed, the rotor assembly can be lifted off.  That leaves what essentially is a manual winding movement underneath.  The triangular shaped train bridge is a classic ETA detail. 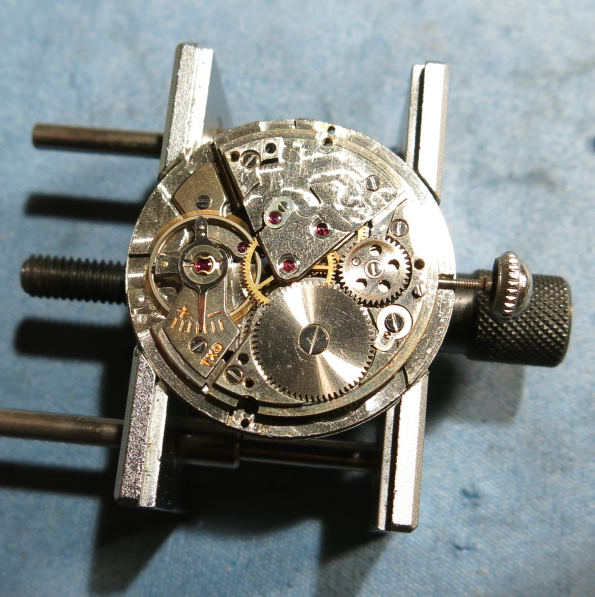 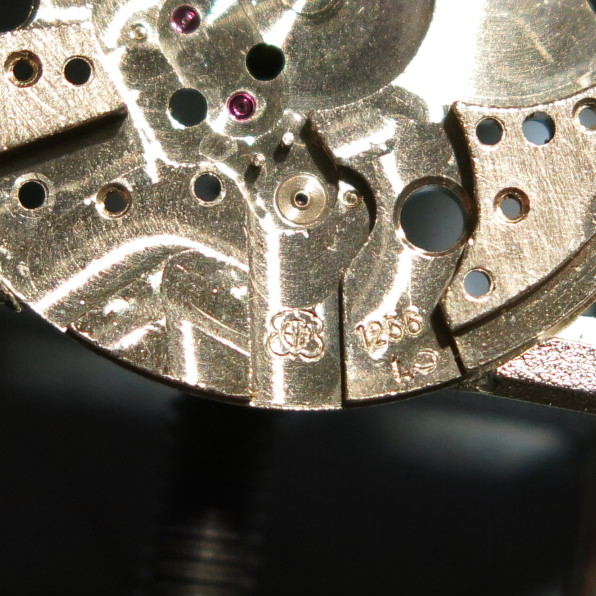 Everything is cleaned and dried.  I also polished the crystal and case as well as relumed the hands and dial. 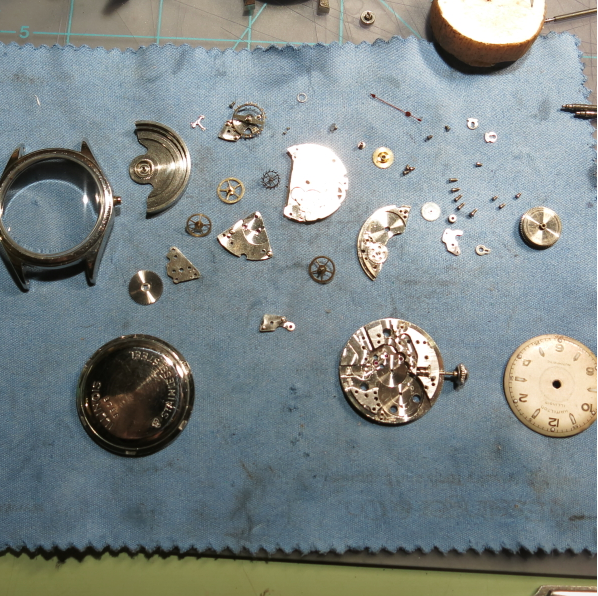 A little tweaking to the regulator on the reassembled watch gets it to level out at 14 seconds fast per day with good amplitude. 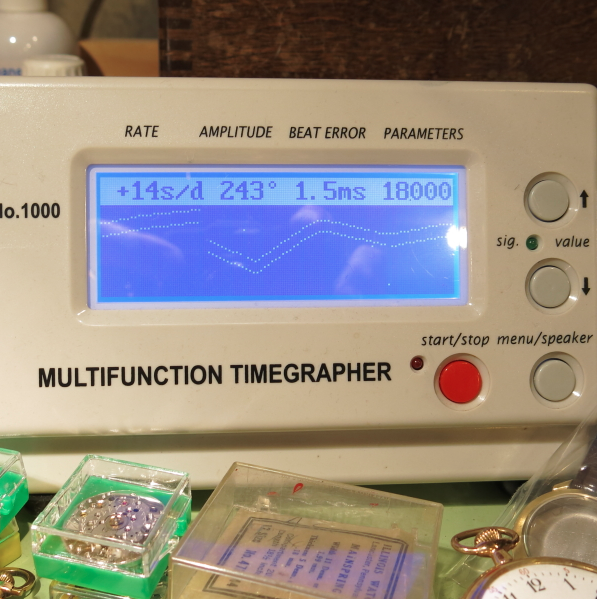 And here's the finished product on a new old stock Gemex leather strap - which would be correct for the period and style used originally on the watch.  The red second hand is rather interesting - I don't know if that's original but it adds a bit of flare to an otherwise mono-chromatic design. 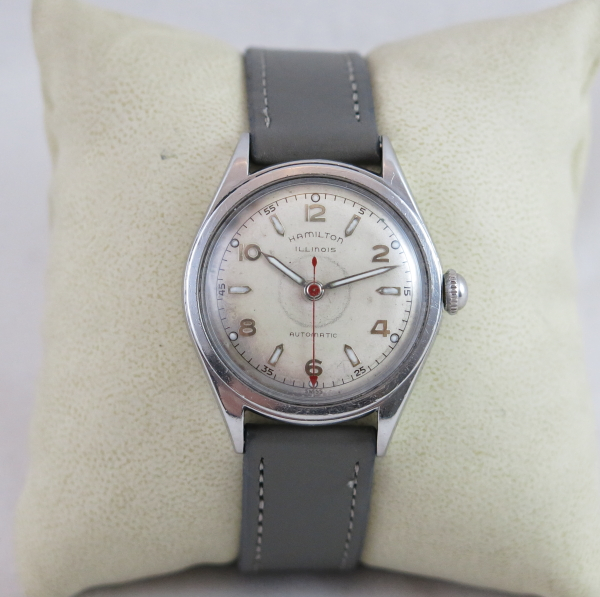