2015 is starting to look like the year of mystery watches.  Most mystery watches are from the 1960's when there was a lot going on.  Models were made for the European market, the Awards Division made unique watches for sale as service anniversaries and the M-series of watches was produced from 1961 through 1967 for sale through a special retail market.  So there are lots of opportunities to come by watches that aren't readily identified by Hamilton's regular catalogs.

That brings me to this post's example.  As received it looks vaguely familiar but it's not obviously identifiable. 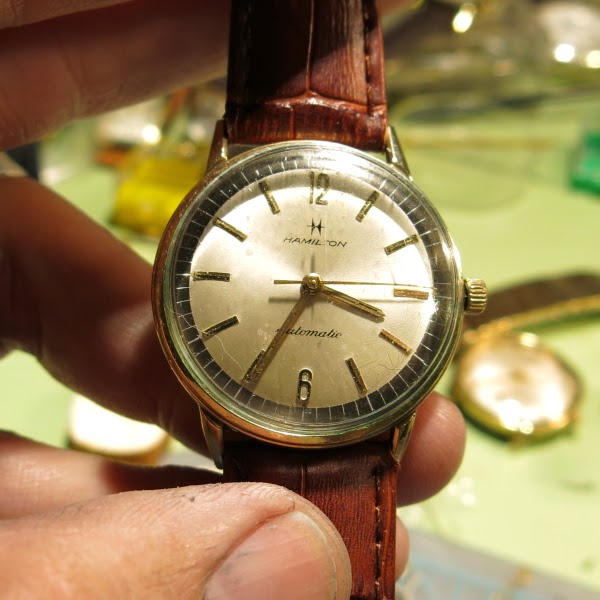 The case back is stainless steel and clearly marked Hamilton.  This style of case back is misleading a little and leads you to believe the case opens through the rear.  I can see a few pry marks where someone as tried to open it up. 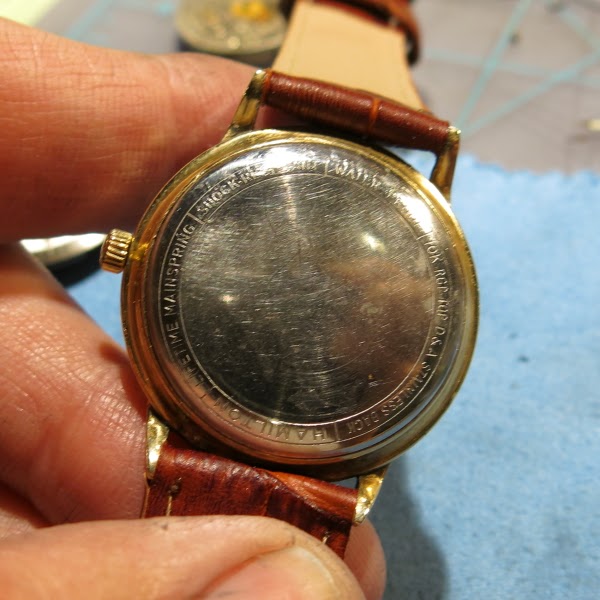 The very thin bezel is a good clue that the watch opens through the crystal.  The case maker is D&A - which is usually the case maker I've seen on other M-series watches so I bet this is an early 1960's M-series model of some sort. 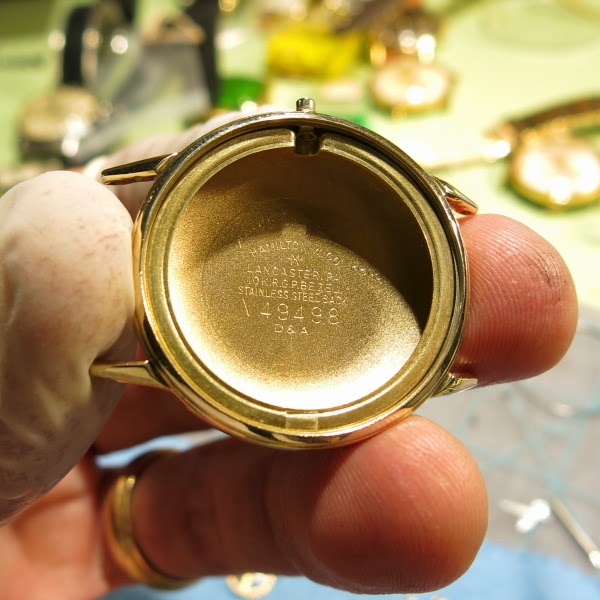 Here's a bit of a surprise, it has a 17 jewel 667 movement.  This Kurth Freres grade is very similar to the 661 that was used in the earlier K-series of Automatic models.  The 667 was introduced in 1960 (or thereabouts) and is used on the tail end of the K-series line and other models like the Pacermatic.  It looks largely identical to the 661 and I'm not sure what exactly the difference is. 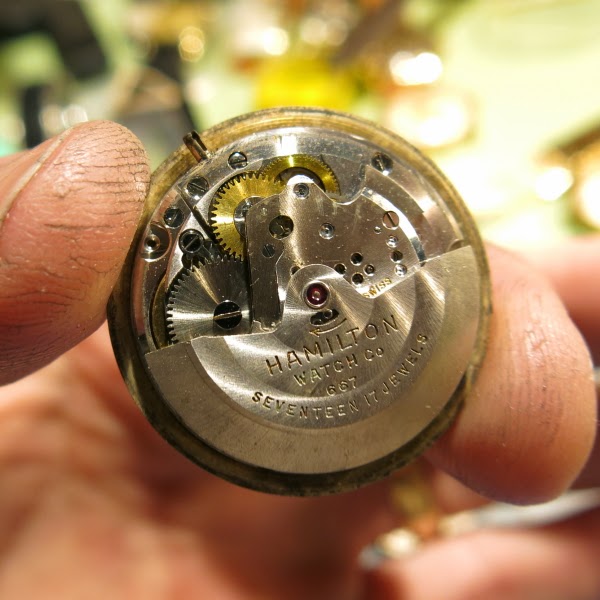 The stainless steel case back popped off in the ultrasonic to reveal a pile-o-glue underneath.  I wasn't too surprised as that means someone succeeded in "opening the case" from behind only to be thwarted by a solid RGP back.  I'll have to re-epoxy it back on. 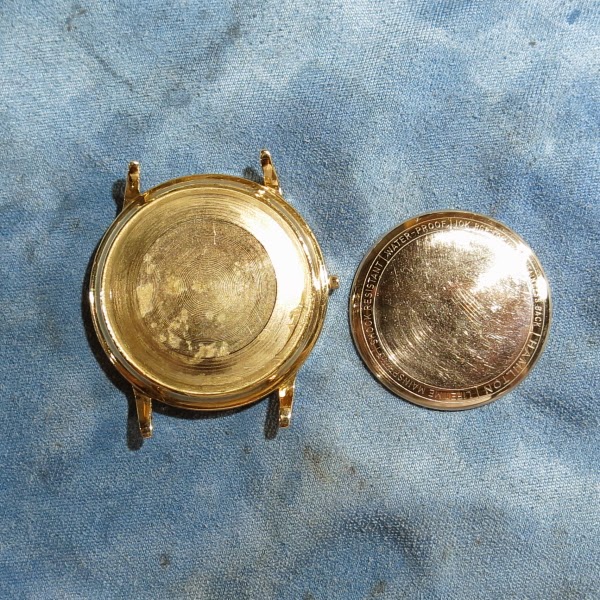 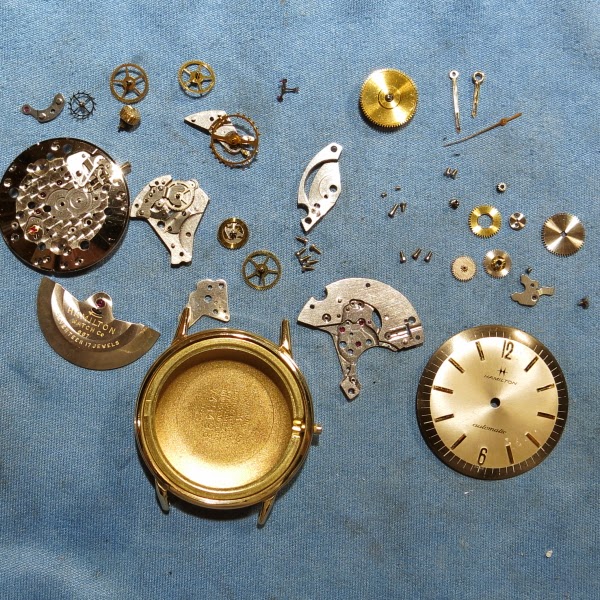 Everything goes back together fairly smoothly and with the train bridge and barrel bridge reinstalled I'm ready to install the balance assembly. 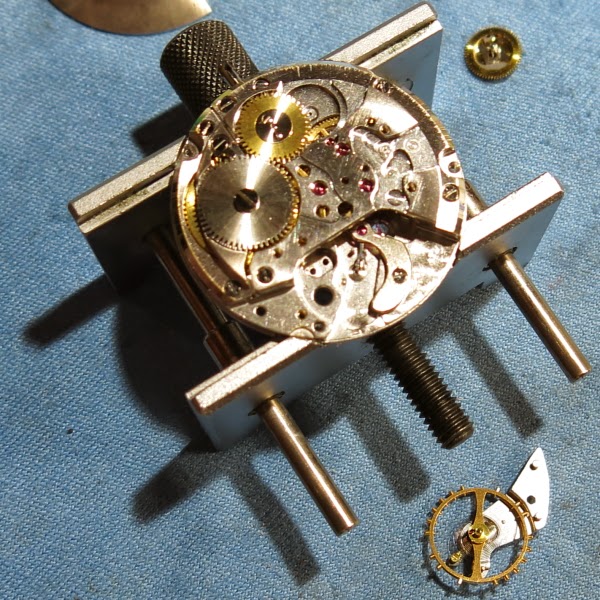 The watch is running and appears to have good motion.  It's off to the timer to find out how well it's really running. 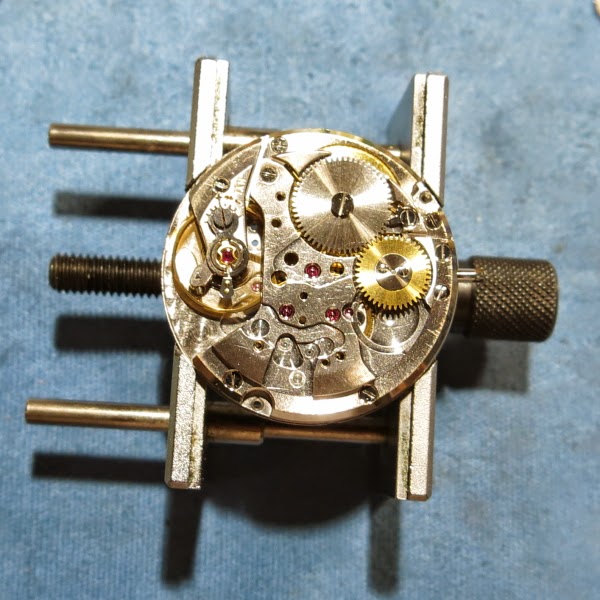 The timer reveals that it's running slightly slow but there's a little noise going on inside.  The performance should be represented by two smoothly running parallel lines.  These two lines look a bit  jittery.  I'll take the balance off and re-clean the hairspring. 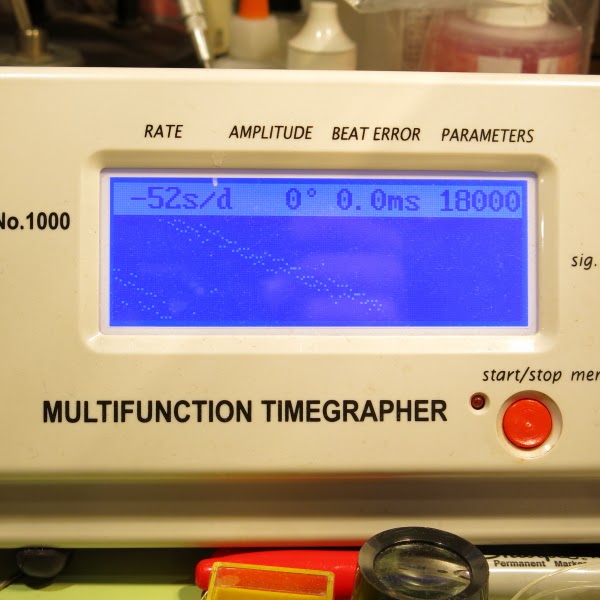 Well, eighth times the charm... it took me eight tries but I finally got the balance to run cleanly with a good beat error and high amplitude.  Notice how the two lines are more consistent and smooth. 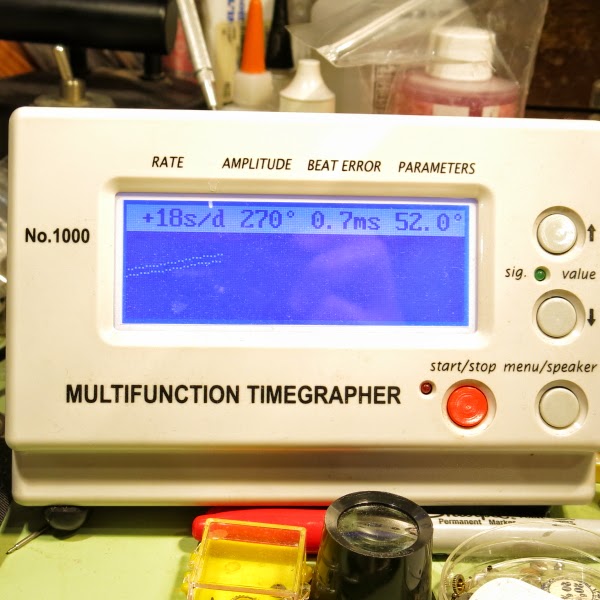 The dial goes back on and then I can resonate the movement in the case.  That allows me to use the crown to help me install the hands at the 12:00 position so I know they're properly synched. 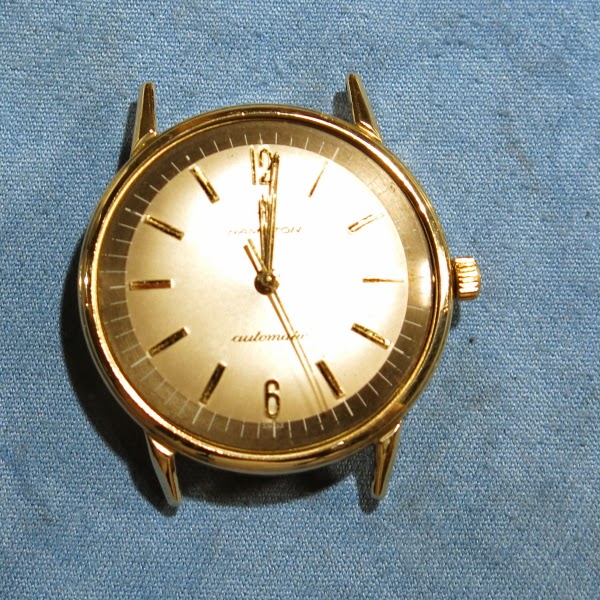 A new 30.8mm crystal will seal the watch up tight and provide defect-free viewing of the cleaned up dial and hands. 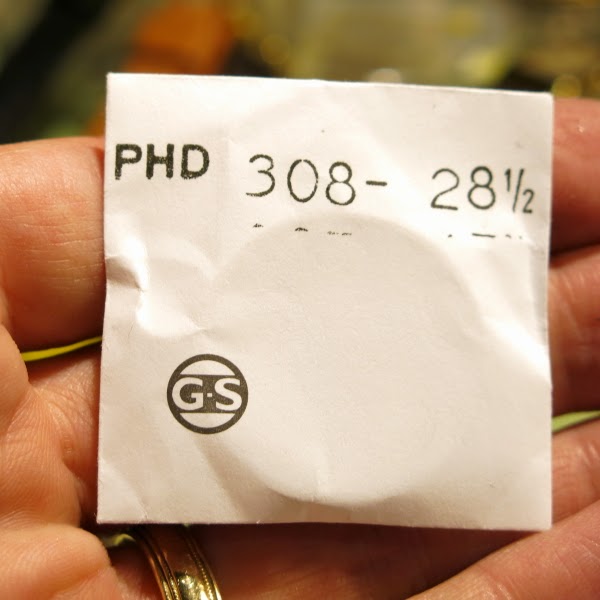 I was able to reduce some of the spotting that was on the dial and it seems to have really brightened up.  With everything all cleaned and sparkly, this mystery watch looks as great as it runs. 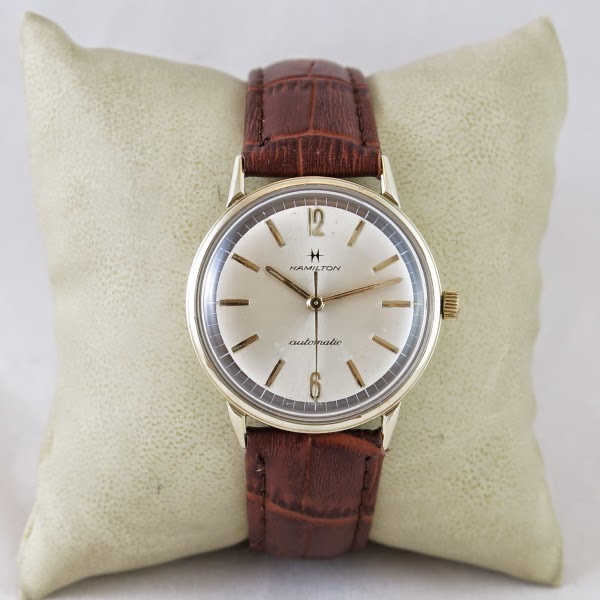