Hamilton made hundreds of ladies watches.  For over 30 years the majority of ladies models are tiny cocktail-style watches.  As a result, they all look alike to me and I'm sure I'm not alone in that perspective.  Ladies watches generally are not as collectible as the men's watches.  That could be do to their diminutive size, the similarities between models, or even that men's watches are small enough that today's women can enjoy them too?

I don't enjoy working on ladies watches as much as the larger men's models.  Ladies movements are incredibly small.  They work exactly the same but the physical size and space involved is so tiny that it's a whole new level of difficulty.  I certainly wouldn't recommend tinkering with ladies watch movements unless you've mastered the men's models

I recently picked up a ladies watch, however, because it reminded me of one of my favorite men's models.  The model turned out to be a 1937 Maxine.  The Maxine was produced from 1937 through 1939. 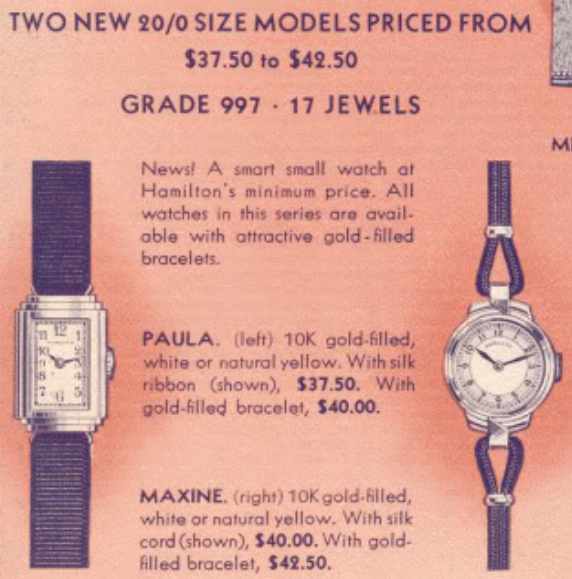 Only the 1937 catalog shows the Maxine with a two-tone black numeral dial in a special announcement.  The other years present that the Maxine came with an applied gold numeral dial.  The model came in yellow or white gold filled and it was available on a silk cord or a gold filled bracelet.

Tucked inside the Maxine's case is a 20/0 sized 997 movement.  The 17 jeweled 997 was introduced in the mid-1930's and was produced for only a handful of years.  It appears to have been used in Hamilton's entry-level line of fine women's models.

The Maxine project watch that I purchased has the black enamel dial.  It arrived in decent condition with a broken expansion bracelet and a severely scratched crystal. 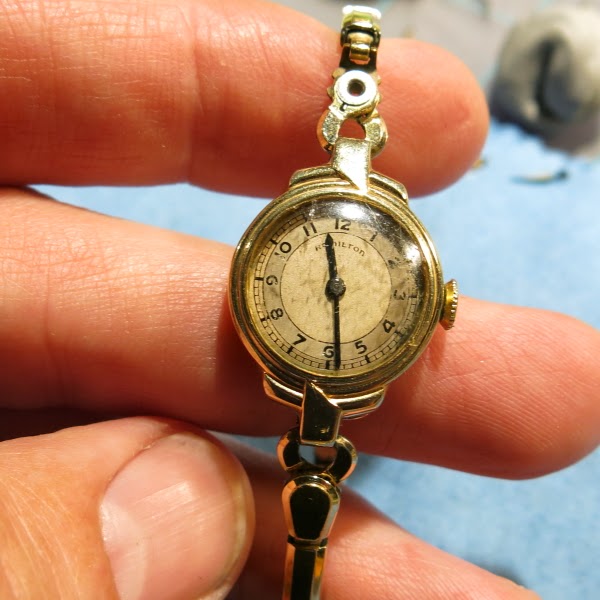 With the bezel removed, you can see the dial is a little deceptive.  You'd expect it to be round but it's actually more oval-like with tabs outside the 12 and 8.  The movement behind the dial extends even farther outward. 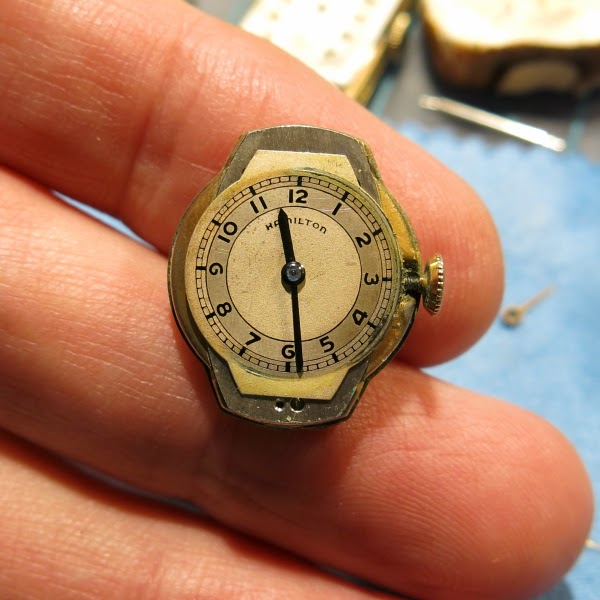 The 997 is very small but it's not the smallest movement I've worked on.  I noticed the regulator is set to full slow... we'll see what a cleaning does to improve that.  This cane be a tricky movement to reassemble because the wheels have long arbors and they are packed closely together.  You have to be extremely careful with handling these ladies movements as the balance wheel is exposed on the ends and it's very easy to break the balance staff by touching the balance wheel. 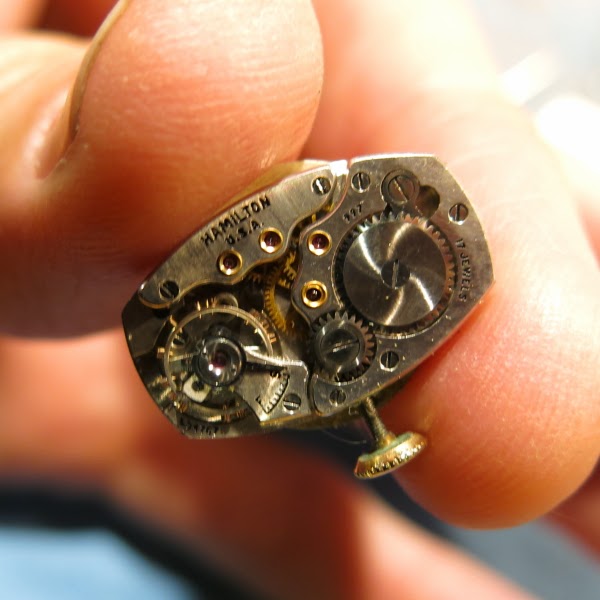 The dial-side of the main plate has all of the familiar parts, albeit they are a bit smaller than usual. As would be expected, the mainspring is set in a tight coil so I will replace it with a new Dynavar spring. 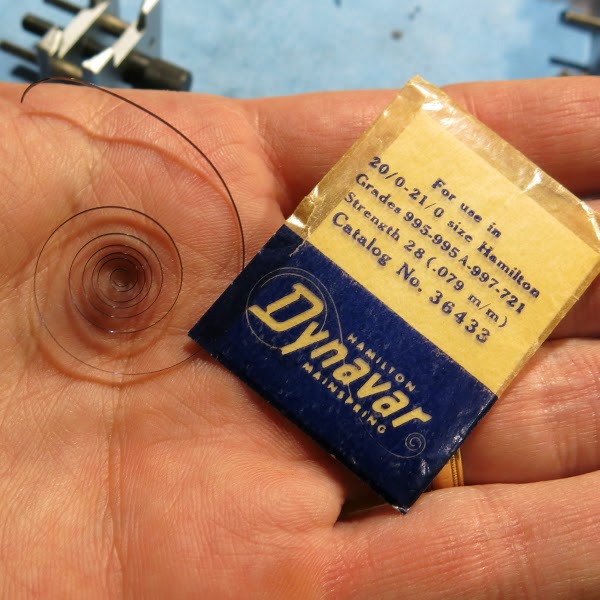 All of the parts are cleaned and dried before being reassembled.  This looks like a typical photo you've seen me do but when you consider the dial is about the size of a dime, these parts are surprisingly small.  It's amazing they could make such small parts so precisely. 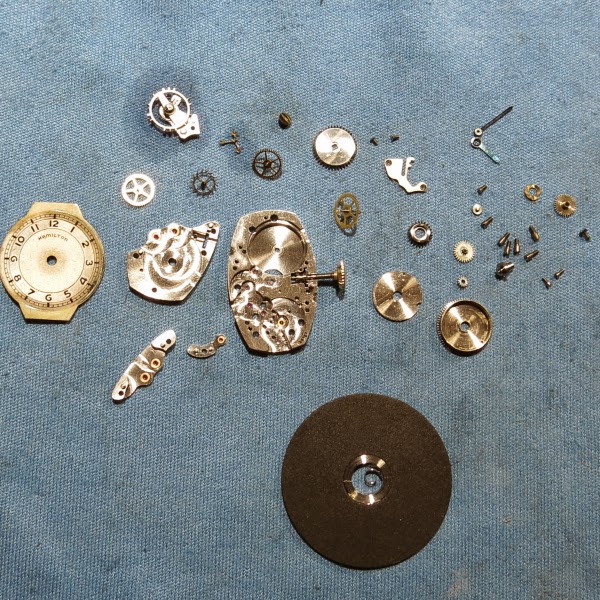 The train bridge supporting the escape wheel and fourth wheel go on next and then the mainspring barrel, center wheel and third wheel are placed in position before the barrel bridge is reinstalled. 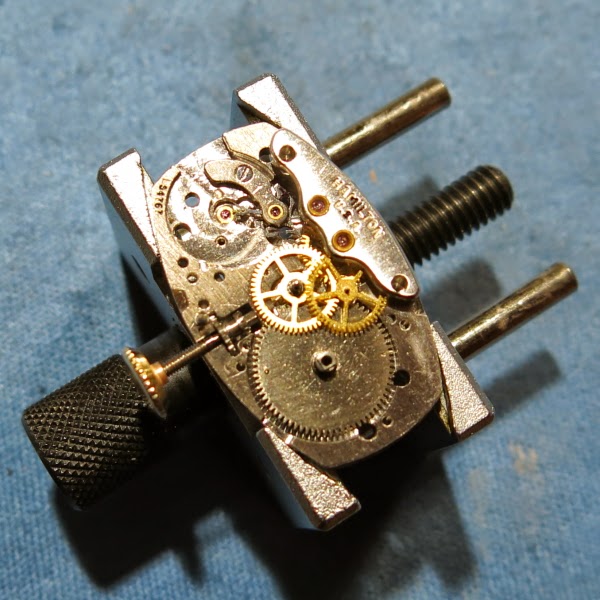 Next the winding wheel and ratchet wheel get reinstalled so I can wind the movement up before putting the balance back on. 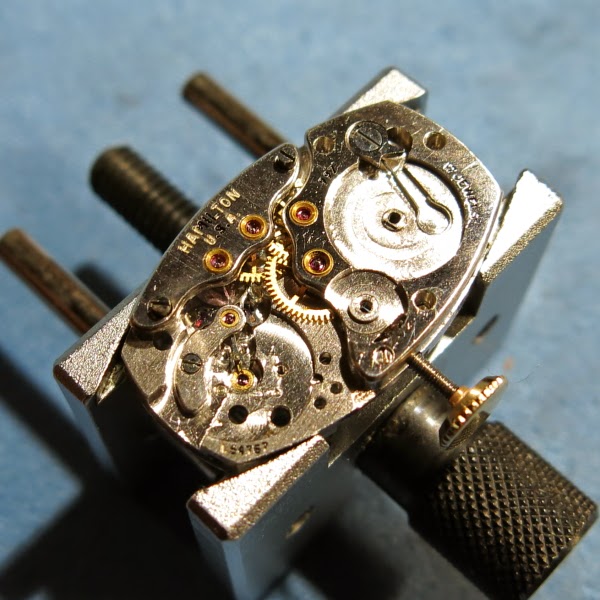 The balance goes on last and if everything is lined up properly the watch should start working.  As you can see below, the watch is purring away and the regulator has been centered.  Time to see how well it's keeping time. 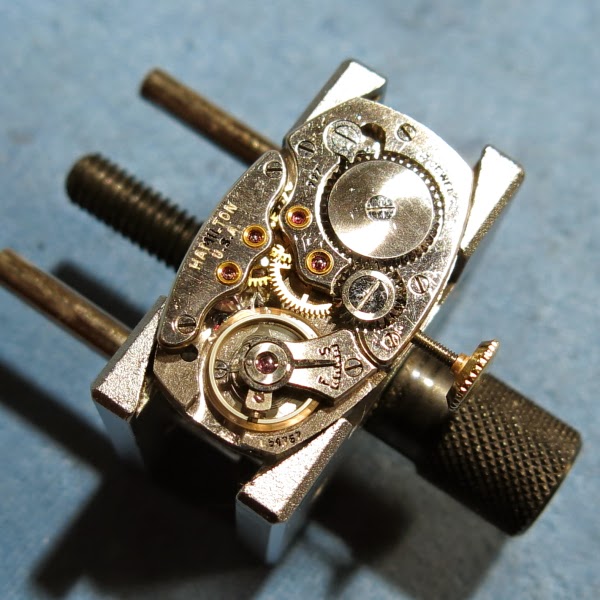 Well, it's running a bit fast - over six minutes per day but the amplitude and beat error are okay. 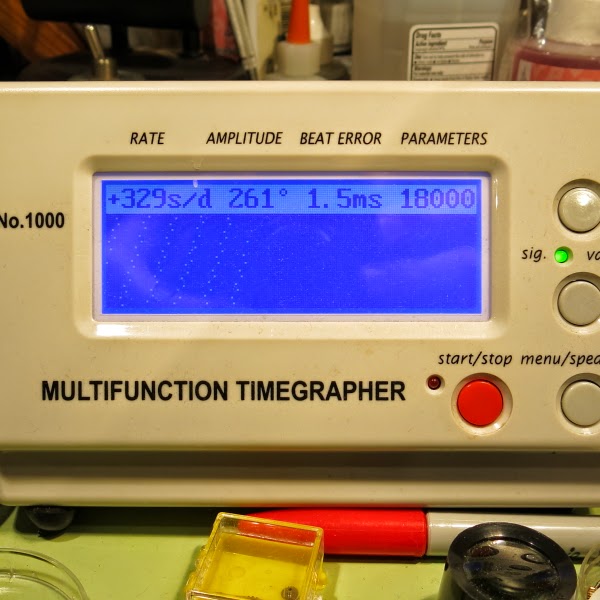 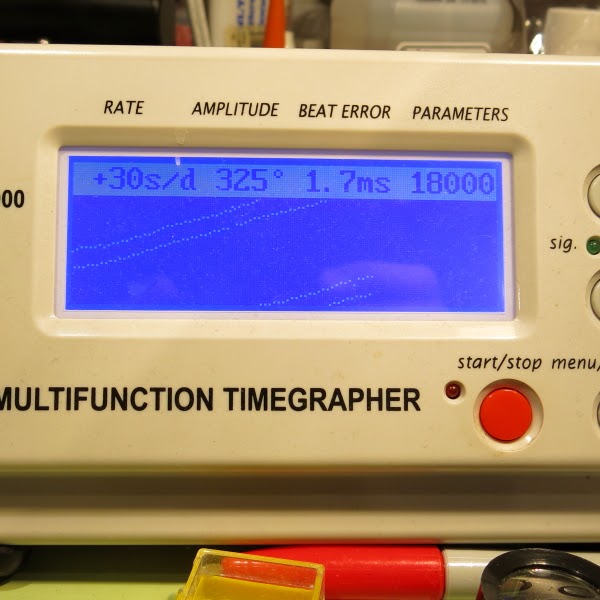 With the movement properly overhauled, the dial and hands go back on and it all goes back into the case.  A new chord bracelet is a great complement to the watch and once I get a new crystal this watch will look fantastic.  And just in time for Mother's Day too. 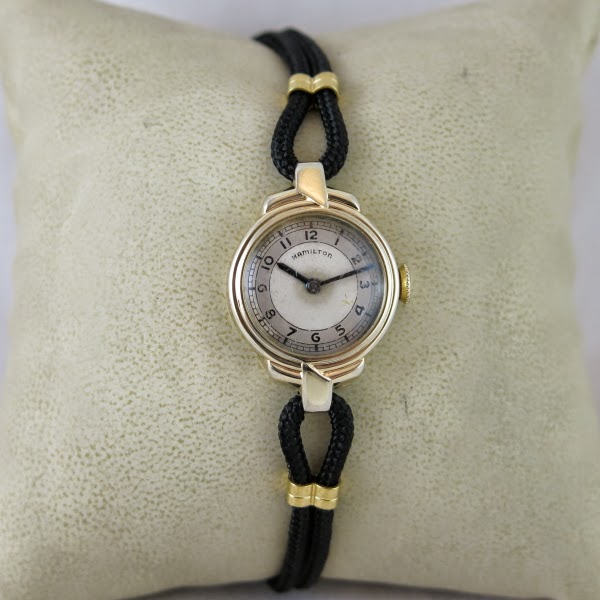 And here is why the Maxine caught my eye... it's dial is a match for my favorite Endicott version from the same time period.  Hamilton didn't market "his & hers" models in the 1930's but they were certainly thinking about, as these two uncommon dial varieties are a great example. 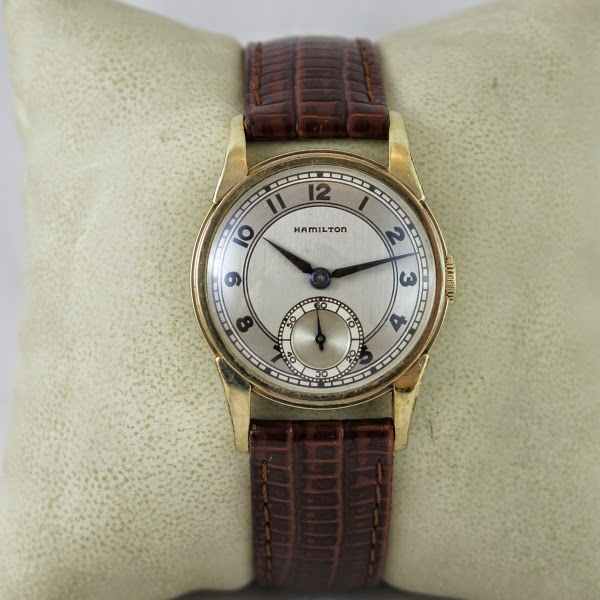