You have to like long weekends... I normally have enough time to do a couple of watches a weekend but on a holiday weekend like today, I can sometimes squeeze in a third.  It takes a couple of hours to completely overhaul a watch like you see me do on this blog - and that's if all goes well.  Sometimes it can take several hours if there are serious issues.

Today is Memorial Day so I started off the day by going to church to remember the true reason for this holiday.  Then I puttered around the driveway, washed the car, etc. and took the family to the pool with rest of my town (it seemed).  We came back after an hour or so and that left me with just enough "shop time" to get to another project watch before dinner.

The Thinline line was introduced when acquired the Swiss maker, Buren.  The movements used in the Thinline models are super-thin, thus their name.  The Thinline 2008 originally came in a solid 14K yellow gold case.  In 1965 it was also available in a solid white gold case. 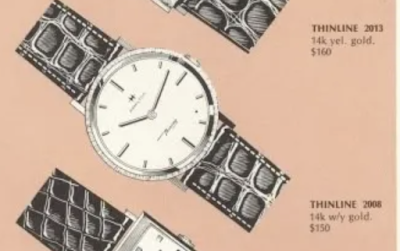 My project watch arrived in classes form... dirty and in serious need of some TLC.  The watch is ticking but it's not running particularly well.  The crystal is crazed around the perimeter so just a new crystal will be a big difference. 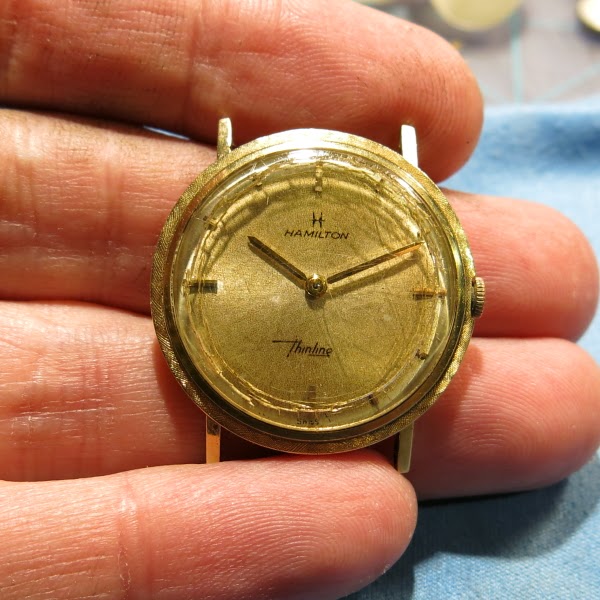 The engraving on the back is fairly worn but once I polish the case a little it should stand out a little better. 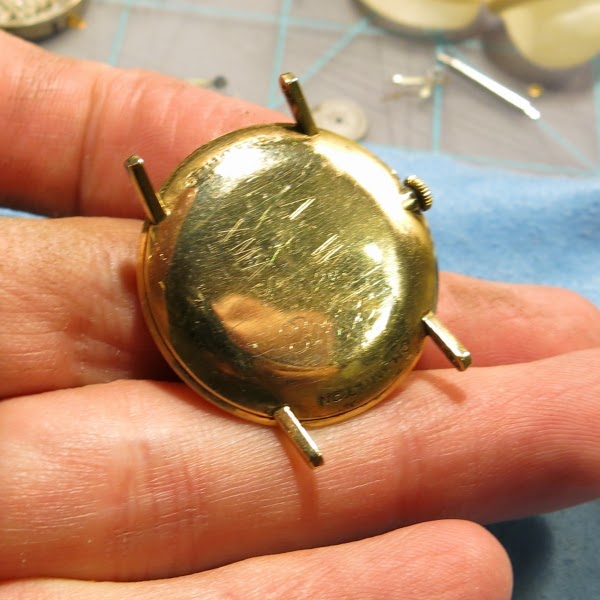 I removed the crystal thinking this was going to be a front-loader and open through the crystal.  When I saw the dial didn't budge I had to look very closely to see that the bezel actually comes off 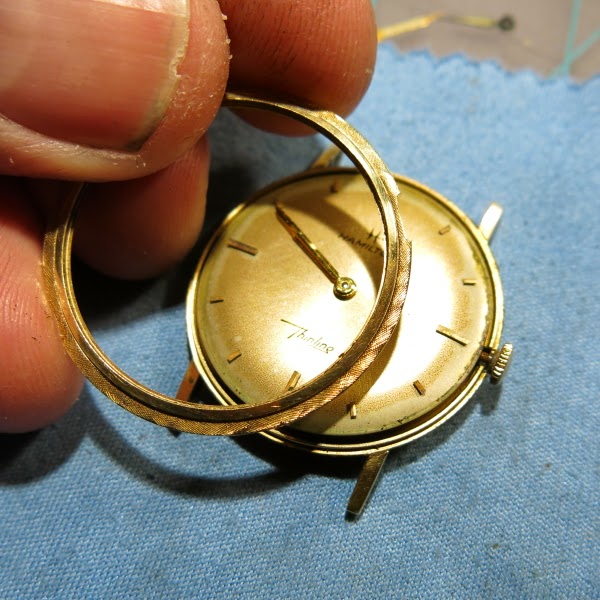 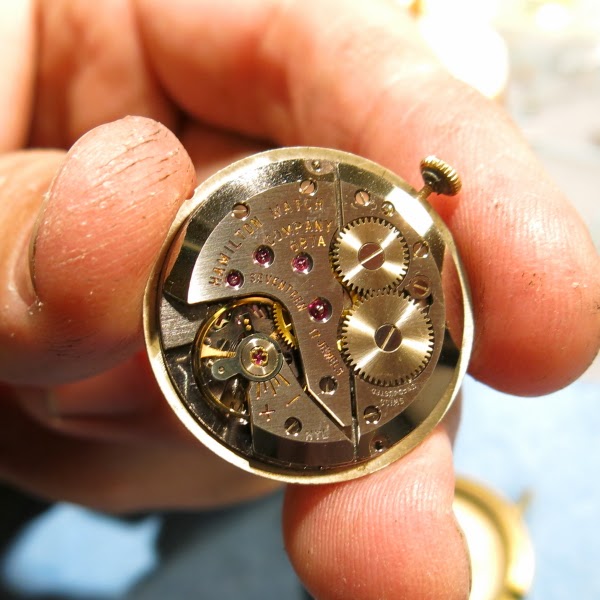 With the dial removed, I can see some moisture got under the dial and started to corrode the main plate.  The cleaning solution should hopefully clear most of that up. Everything is cleaned and dried.  The parts are very shiny now, as demonstrated by the reflective center wheel. 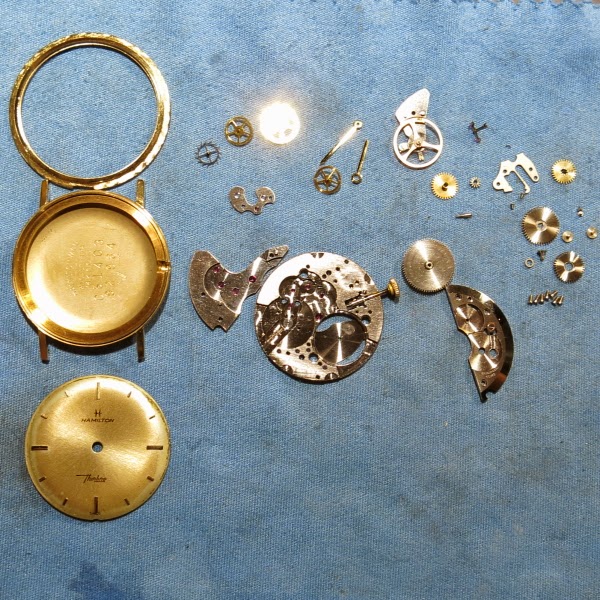 Although the 687A has a four-wheel train bridge, it's very easy to assemble because the axles are so short.  There's not a lot of space for things to get misaligned.  One challenge though is to identify the 3rd wheel from the 4th wheel since they are very similar and the 4th wheel doesn't have a long pivot since there is no second hand on this model.  All the wheel mesh together so using the smaller pinions as a guide tells you which wheel goes where. 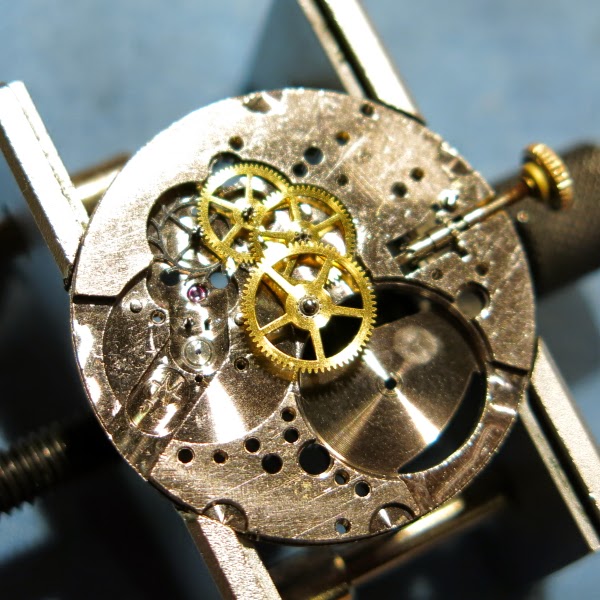 The watch is reassembled and appears to be running okay but only the timer will tell for sure. 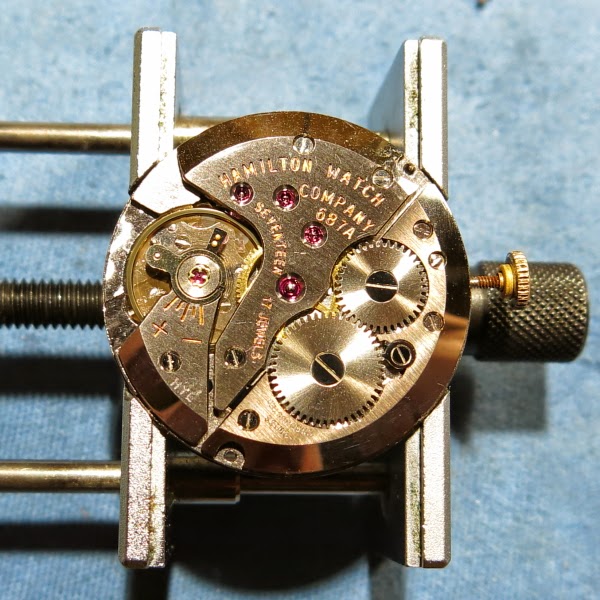 Wow... that's really fast.  The regulator can often accommodate a few minutes of adjustment but 500+ seconds is a lot. 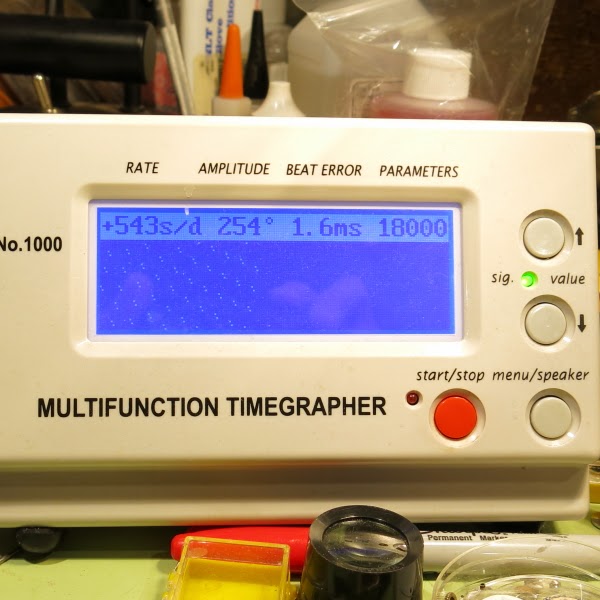 I can see by the position of the regulator that there is plenty of room to move the regulator and effectively lengthen the hairspring, thus slowing the beat rate. 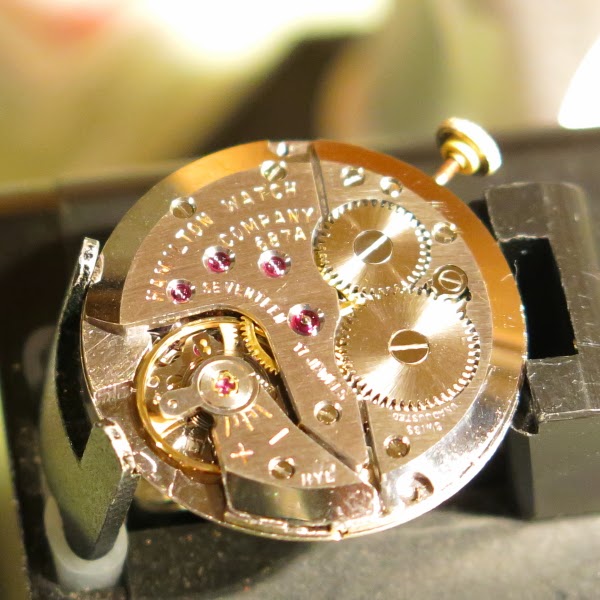 Well, with the regulator pushed all the way towards "slow" the beat rate is still a bit fast. 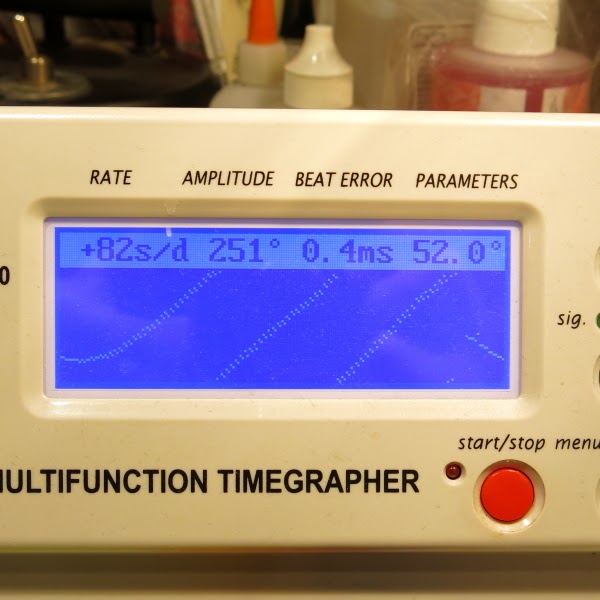 When I put the watch on it's side, the beat rate slows considerably.  That tells me something is going on with the balance pivots.  One of them may be bent or otherwise compromised. 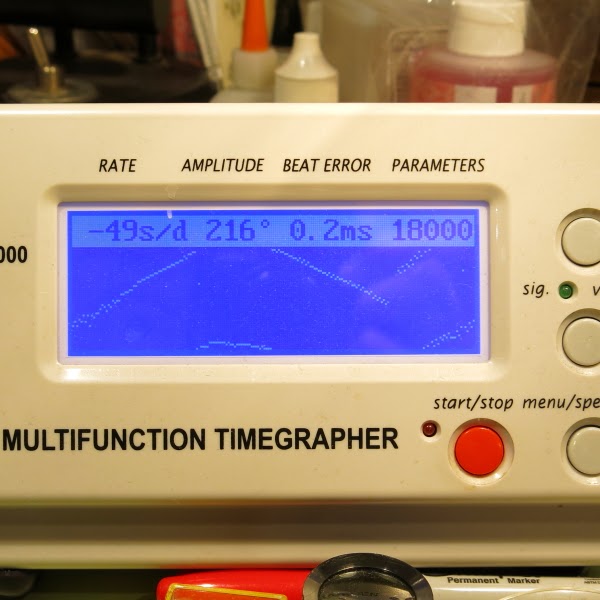 Fortunately I have a parts movement so I replaced the balance assembly and I was immediately pleased with the new results.  It runs the same in all positions - which is the way it's supposed to perform. 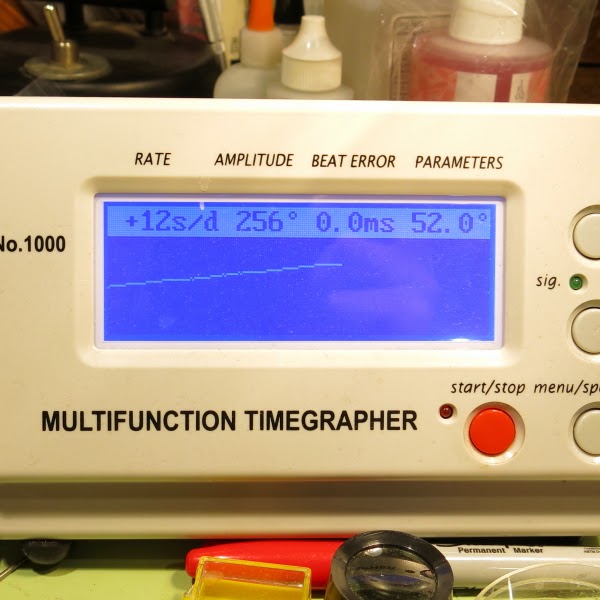 Now that the movement is squared away, I'll prep a new crystal for installation.  Since this watch is such a low profile, I'll use a PK low dome crystal in 27.9mm. 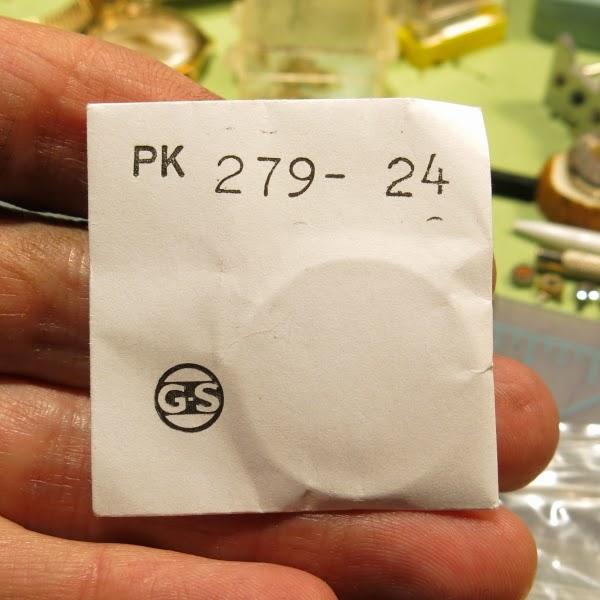 Now that crystal has been replaced you can see the interesting patina on the dial.  I suspect the coloration is from the moisture that got inside the watch some time long ago.  I was unable to remove it using a little gentle cleaning so I decided to leave it be.  Other than the patina, the watch looks almost new with defect-free crystal and a vintage genuine croc strap. 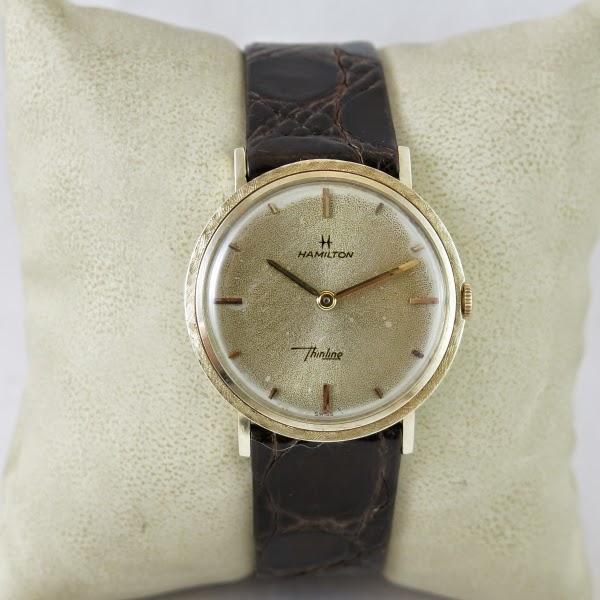