If you've followed my blog for a while, you have probably picked up how to guestimate what model  an automatic might be based on it's case material and what's inside.

So what would you guess a watch with a 10K RGP case with a stainless steel back would be?

Of course, there are exceptions to the rule but 9 times out of ten you can get pretty close using that logic.

Another rule of thumb is if there's an ETA movement inside (689, 689A, 694, etc) it's likely an Accumatic A-something and if there's a 661 inside it would be a Automatic K-something.  If it has a date window, it's probably a Dateline.

Confusing, huh?  Well after a couple of hundred tries you'll get better at it.

My most recent project was a 1966 Accumatic A-654.  It was produced only for two years. 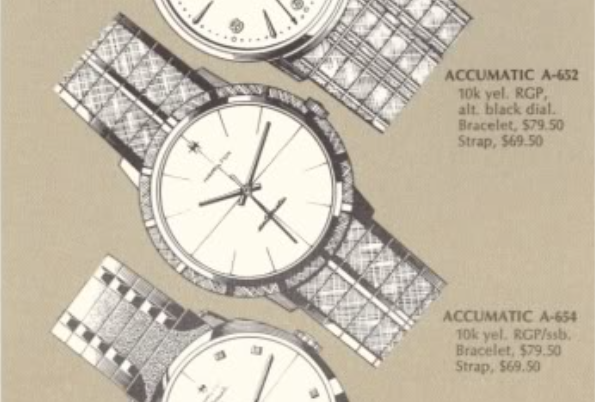 The A-654 comes in a funky-looking case with a florentine-style engraving in between smooth ribs.  I'm sure it looks sharp when paired with it's original bracelet.  It's definitely a distinctive case and easy to spot.  The dial is printed with marks at the hours and there's a single applied gold H at the 12.

Inside you will find a 17 jewel Hamilton 689A movement, which was made by ETA.

My recent arrival shows that it must have been well-loved and worn a lot.  Even through my slightly blurry photo, you can see the circumference of the case has been worn fairly smooth.  The crystal is cracked but the dial inside looks to be in good shape. 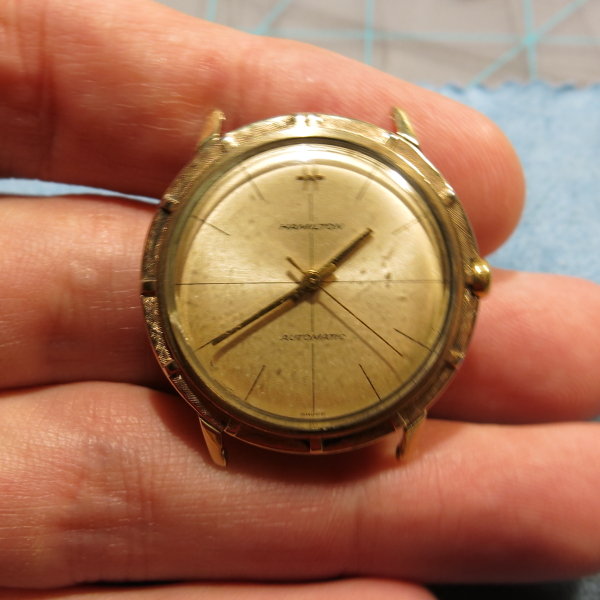 This sort of stainless steel case back is deceiving and if you didn't know better you would easily assume it should pop off.  You'll often see scratch marks where someone has tried to get it to separate.  But alas, this watch actually opens through the crystal. 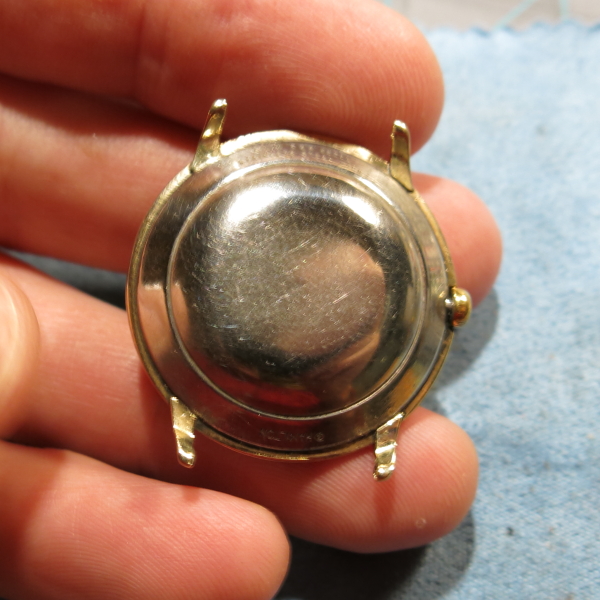 Here's a more in-focus shot of the front.  Check out how worn the crown is.  It's virtually smooth.  Good thing this is an automatic - it would be tough to wind this watch by hand. 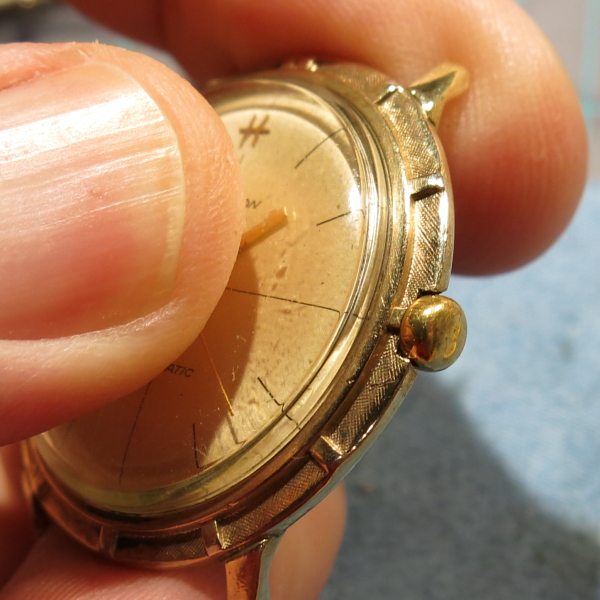 The 689A inside looks to be in nice shape.  It's funny to see the female-side of the two-piece stem is in the movement.  I think most of the time I find that it's the opposite.  I wonder what the rationale was to put the male-side on the crown or vice versa? 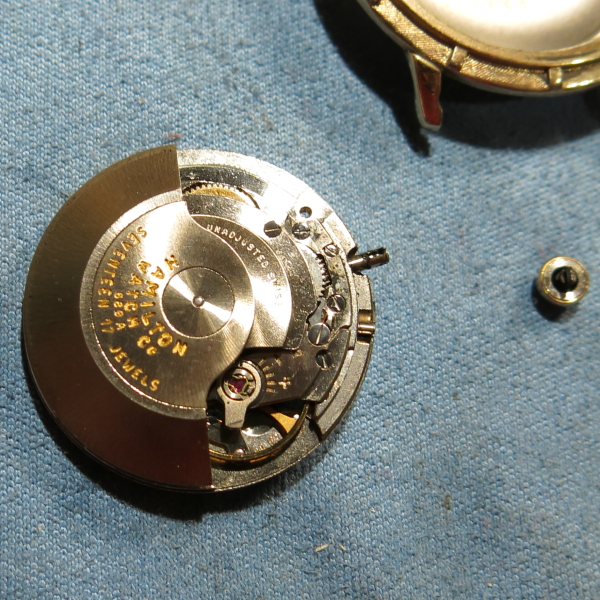 Everything is cleaned and dried.  It looks bright and shiny now. 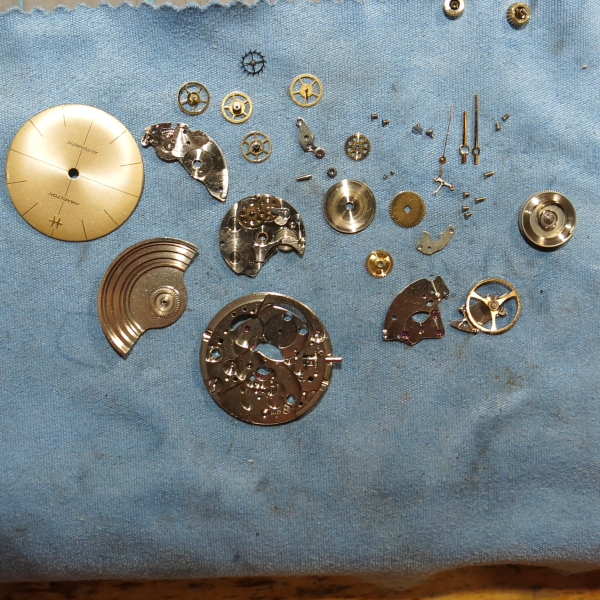 The movement lacks the rotor assembly at the moment and at this stage it's basically a manual-winding watch now.  You can see two tiny holes just to the left of the golden color ratchet wheel.  Those holes align the rotor assembly so the oscillating weight can wind the watch.  However, at this stage with a few turns to the mainspring, the balance assembly kicks into life.  So it's off to the timer to see how she runs. 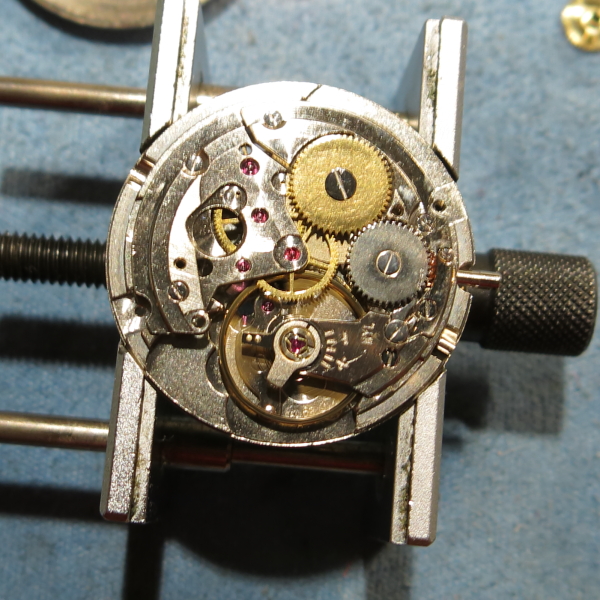 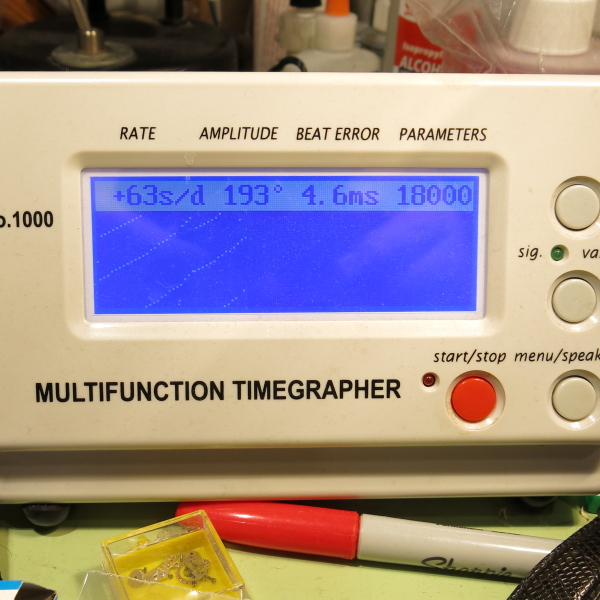 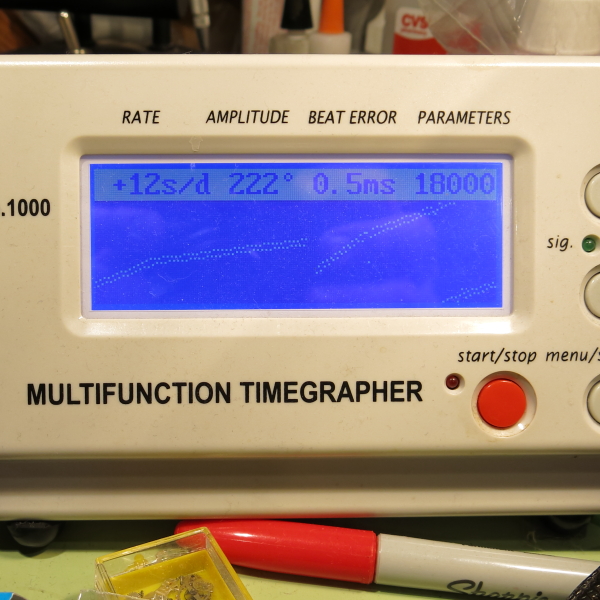 A new crystal is required in order to complete the restoration.  A PHD-style crystal should do the trick. 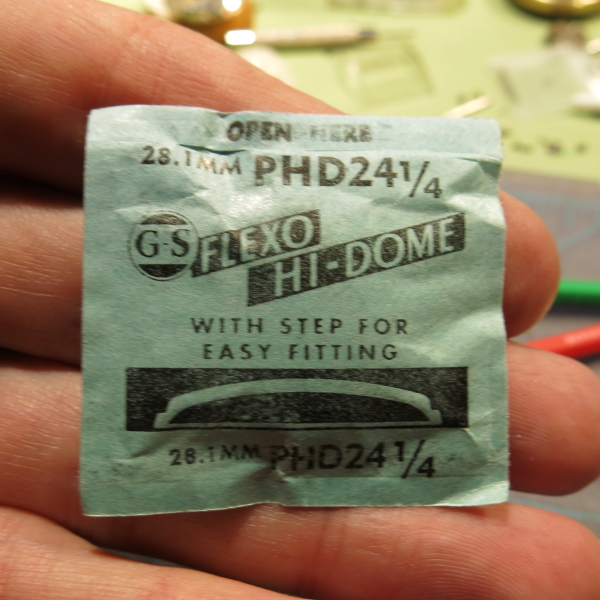 What a difference an in-focus picture makes.  Of course, a fresh overhaul, new crystal and new strap don't hurt either.  The second hand blends in perfectly with the 6 o'clock markings... it's there though. Now you know why the catalog shows it at 32 seconds.  As I said above, the case shows a lot of wear but it doesn't look too bad, surprisingly. 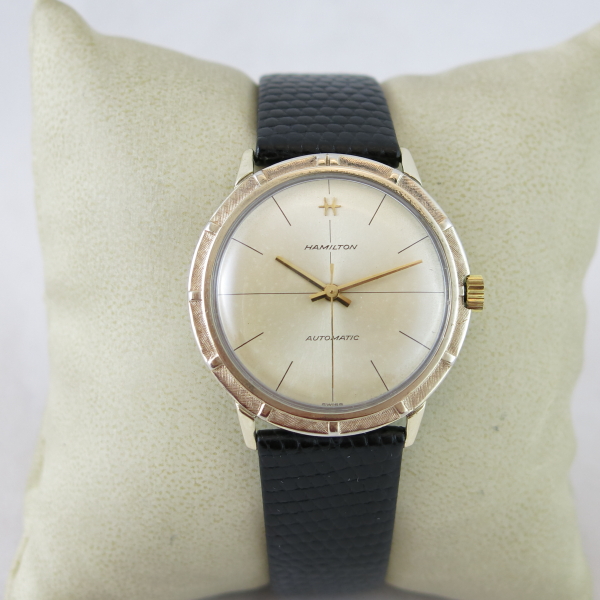