I try to only create new posts for new models that I haven't shown before.  I've had a bit of a dry spell recently and I was excited to land a watch I hadn't seen.  I thought it looked familiar, but there are a number of square models from the 1950's with dog ear lugs and this one was unusual. 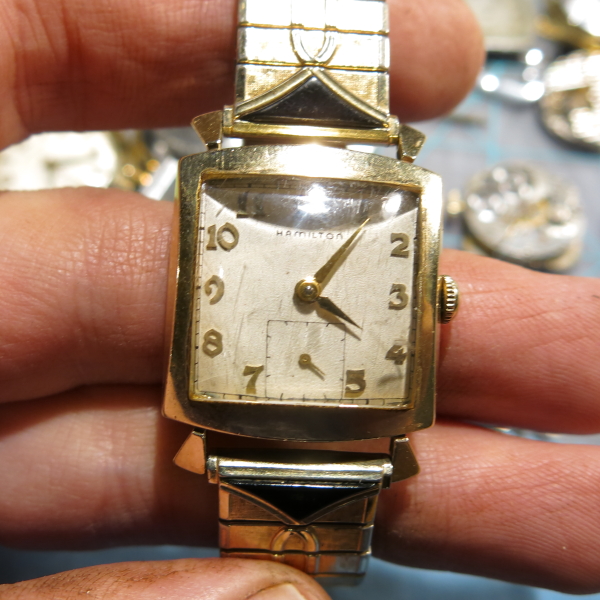 Well, I was stumped when it arrived and not really sure what it was.  The applied gold numeral dial didn't seem quite right.  When I looked closely I thought maybe I had gotten a "pig in the poke", as the dial looked just like a Dewitt dial.

The watch uses an 8/0 size 730 movement which is a 2nd generation version of the 747 movement used in the Dewitt.  I figured, "Oh well, you win some and you lose some". 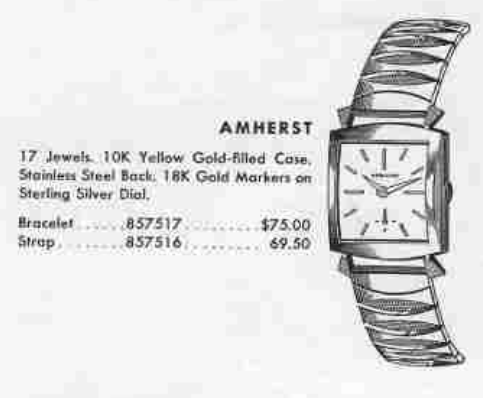 Then I dug a little deeper and found that the Amherst actually had an applied gold numeral dial starting in 1957... mystery solved. 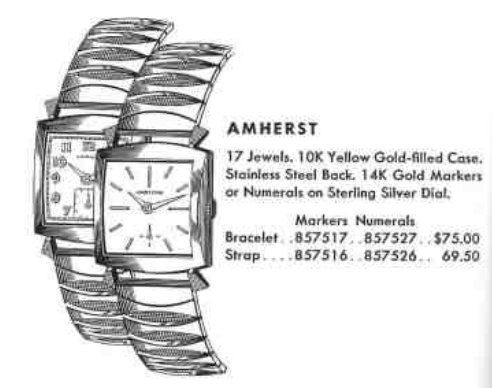 I further went on to re-learn that the Amherst was also available in a white gold filled case - which I have never personally seen.  In fact, I've only ever come across the marker-version of the Amherst so I thought I'd post the AGN version separately, as it was "new" to me.

Anyway, my project watch came with a presentation on the case back for 25 years of service in 1961. 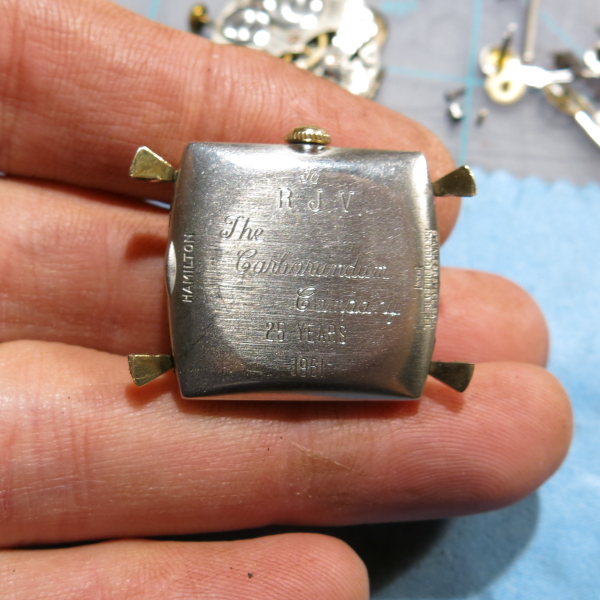 The crystal in the project watch was a thick domed plastic version and distorted the dial.  With the crystal out of the way you can see the dial is very Dewitt-like.  If I still had a Dewitt I would see if it was the same... but I don't so it will have to remain an untested hypothesis.

Forgive my grungy finger tips.  The weather was very nice today so I painted some light fixtures outside and the paint on my hands wouldn't come fully off. 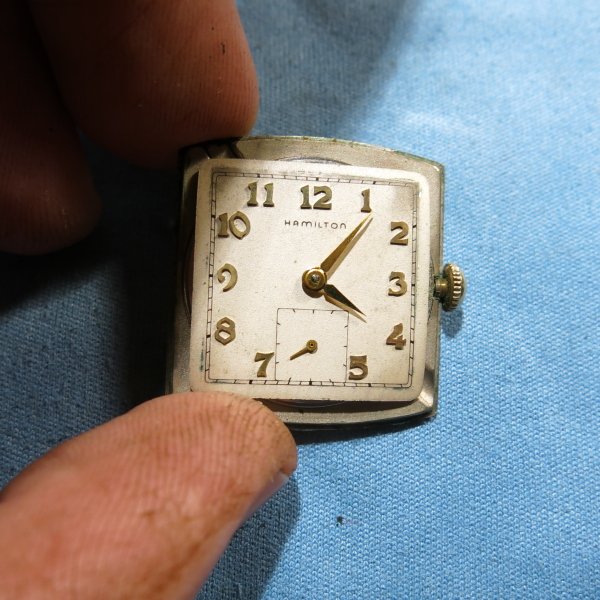 The 730 movement is largely identical to the 747 with the exception of the balance jeweling.  I like the 730 and the 747, they are simple and robust movements so they are easy to learn how to disassemble and reassemble a watch. 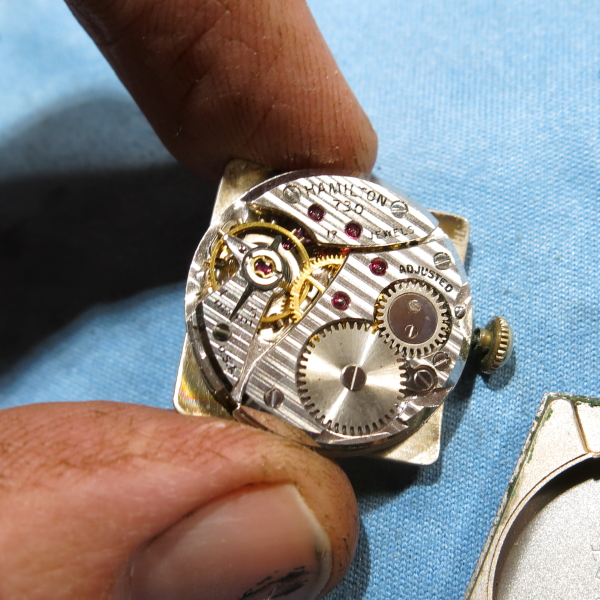 While the movement is in the ultrasonic, I'll prep a new glass crystal for the bezel. 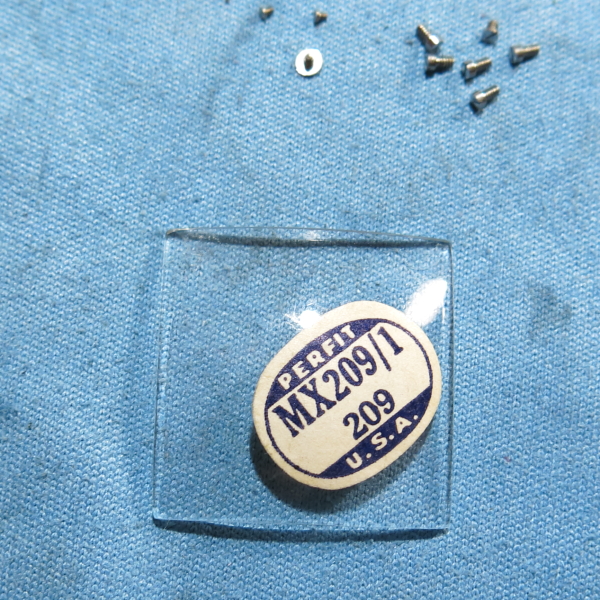 Everything is nice and sparkly.  Time for reassembly. 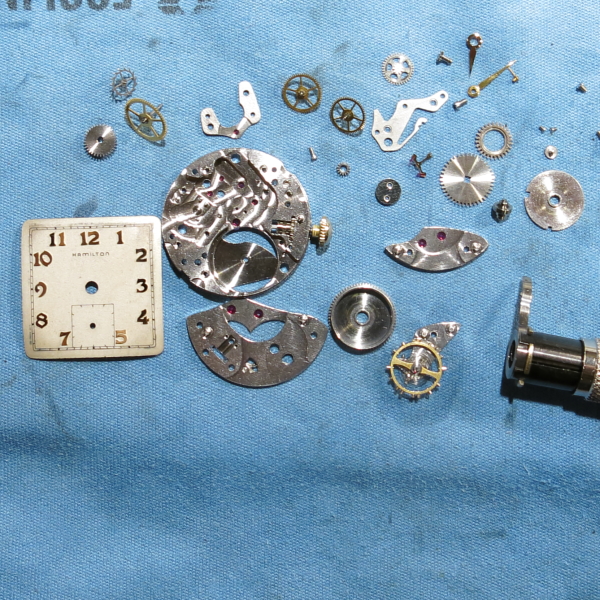 The now-running movement goes onto the timer to see how it's performing. 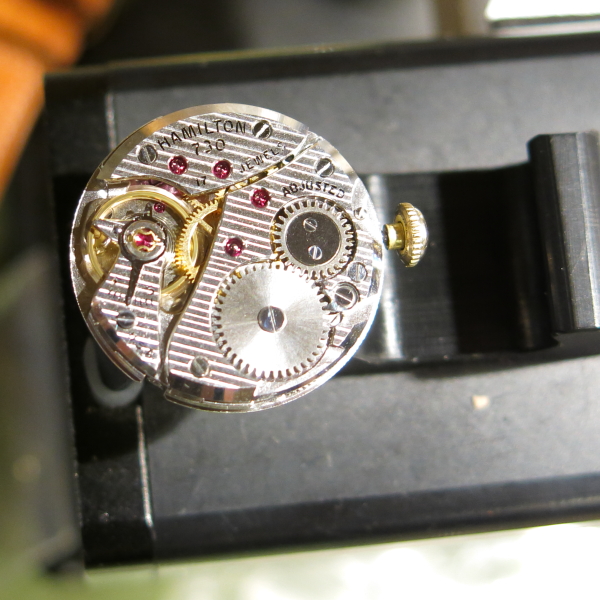 Nothing too concerning about this movement's performance. 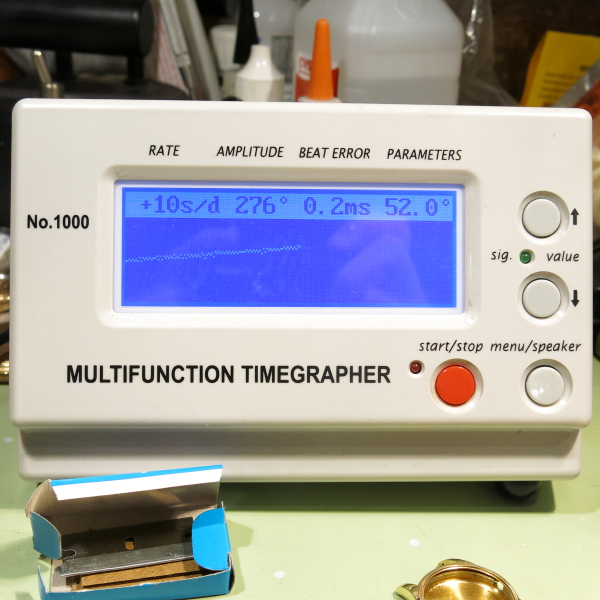 Everything goes back into the case and a fresh lizard strap completes the restoration.  I think the AGN dial makes a dramatically differently statement than the marker dial.  It looks like a totally different model and maybe a little older than it is.  Perhaps it's styling was too old fashioned and it was less popular.  That would explain why this is a much less common version. 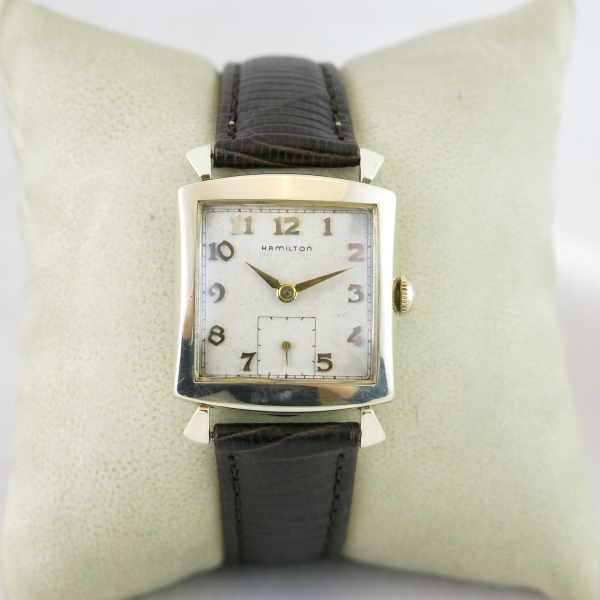