A Ghost of Christmas Past

I woke up this morning and caught "A Christmas Carol" on TV.  Every Advent I try especially hard to  get in the Christmas spirit and "A Christmas Carol" is a great way to do it.  One of the things I like about Hamiltons is they were often given as Christmas presents.  Christmas watches are always appealing to me and I will usually pursue one when it's in good shape and in need of a little TLC.

After a good inoculation of Christmas spirit, I thought I'd share with you a Christmas Hamilton.  This one is from 1937 and it's a Clark... one of my favorite models too.

The Clark is an easy watch to find but a hard watch to find in nice shape, as it's especially prone to wear through on the edges of the case back and tops of the lugs.  Mine has a hint of wear to the lower right lug but is otherwise in fine shape. 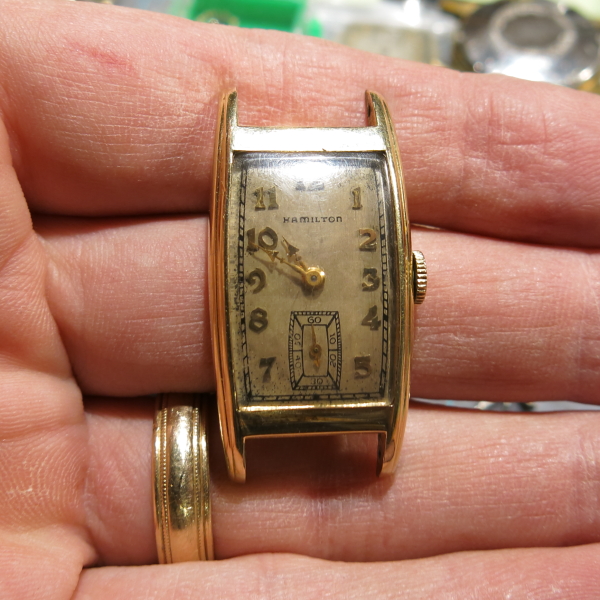 This watch was given to Edward from Gertrude on Christmas in 1937.  This was a very fine gift for the tale-end of the Great Depression and I imagine Gertrude was very excited to give it to Edward.  I wonder what became of them...?  One thing is for sure, this watch was initially given with love. 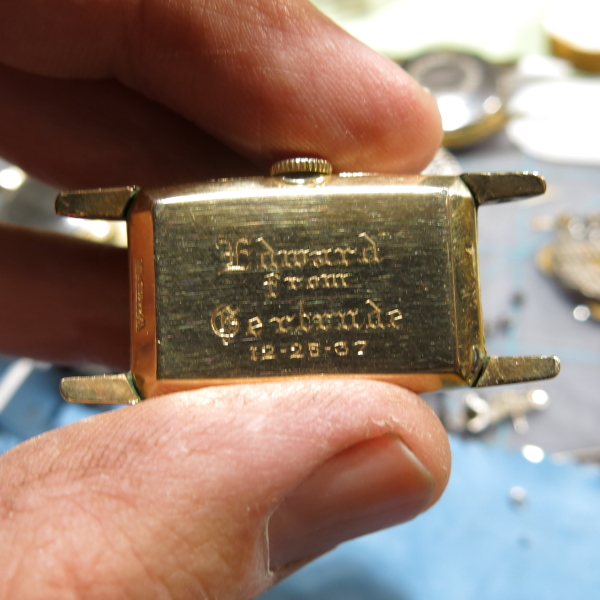 Gold filled models in the 1930's with a 14/0 movement received the 17 jewel 980.  There are actually three different variations of the 980 over the 1930's.  The first ones had 980 stamped on the balance cock.  This is the second variation, with the 980 on the train bridge.  I'll explain another difference later in this post. 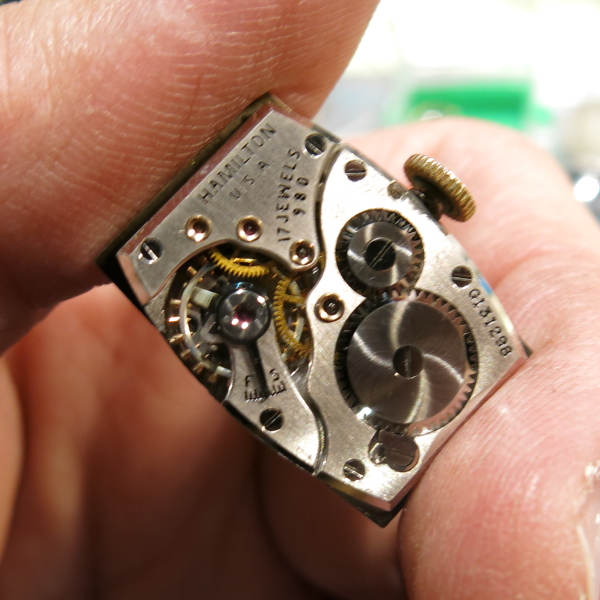 While everything is being cleaned, I'll prep a new glass crystal to replace the worn plastic one in the watch now. 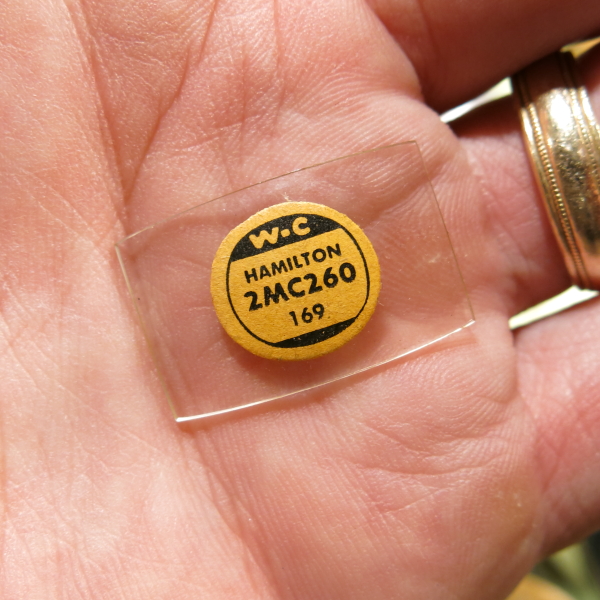 Ah... spic and span and ready for reassembly. 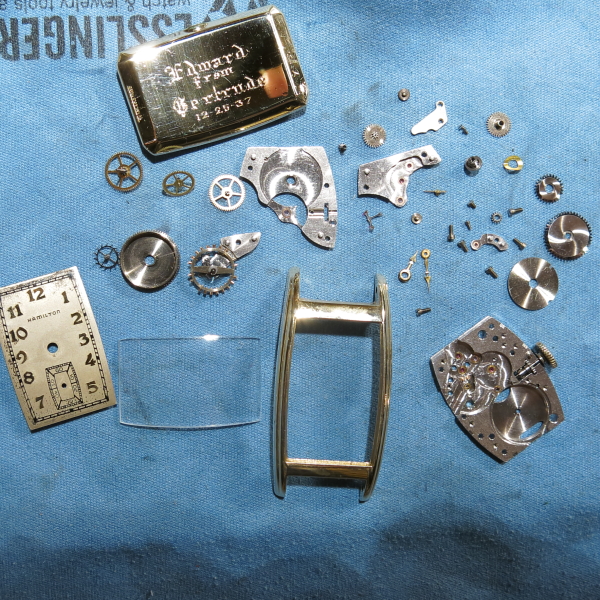 There are two moments of relief when reassembling a 980 or 982 movement.  The first is when you get the three-wheeled train bridge to seat properly and the other is when you get the balance seated and it comes back to life.  Now it's off to the timer. 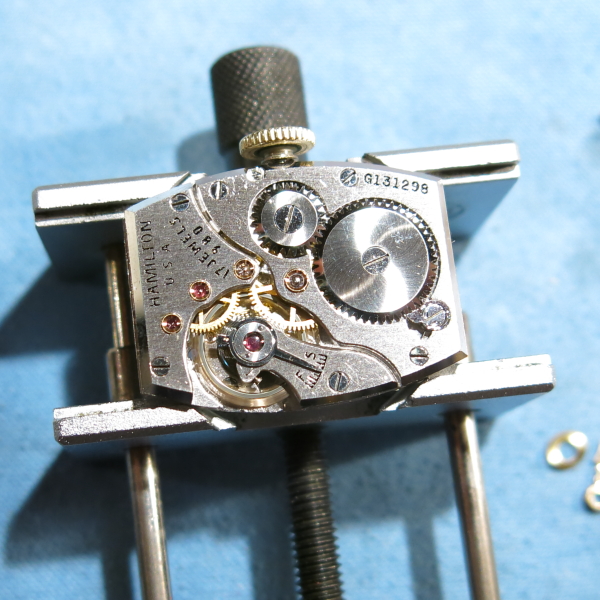 The watch is running a wee-bit fast so I'll slow it down with the regulator. The amplitude is over 200, which is good, and the beat error is on the high side of acceptable.  These old 980's and 982's can be finicky... not as much as the pre-Elinvar 987's but almost as much.   Attempting the reduce the beat error means taking on the risk of goofing it up and, personally, I don't think "the juice is worth the squeeze". 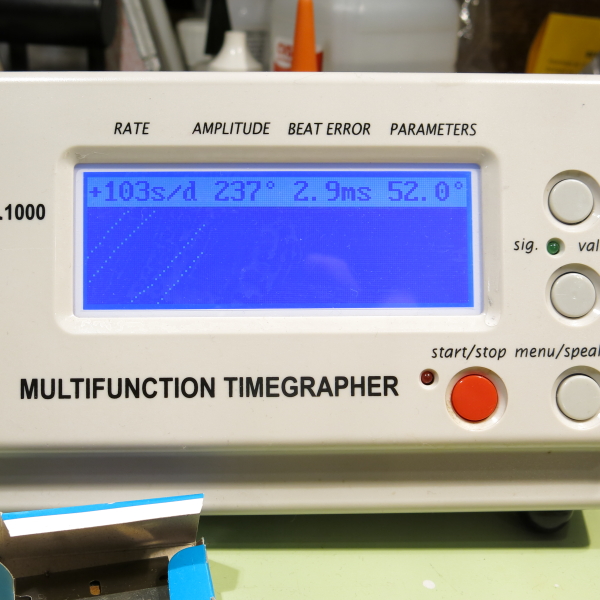 A little tweaking brings the beat rate down a bit and the beat error too.  Notice how the two lines have approached horizontal (just under the 244). 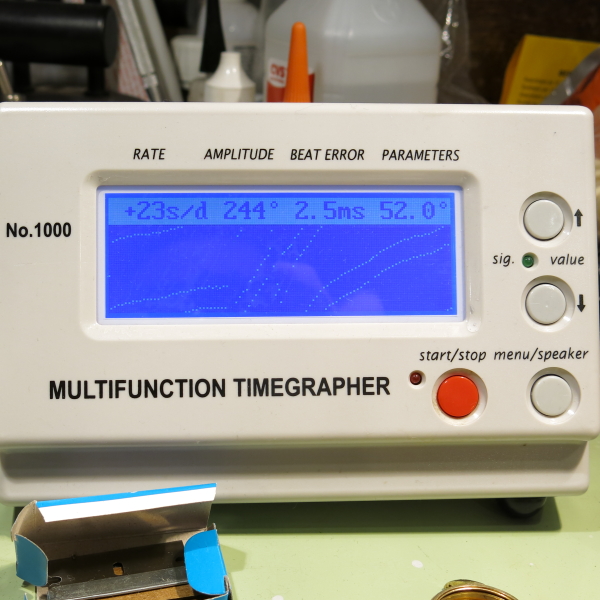 Here's a shot of the dial-side of the movement and now you can see the next indicator of a second generation of the 980... the split set bridge.  This variation has two parts, one covers the setting wheel and minute wheel and the other holds the set level detent.  On the third (and later) variation, this is all one piece.  Also, note the balance cap jewel has one screw... later it has two screws. 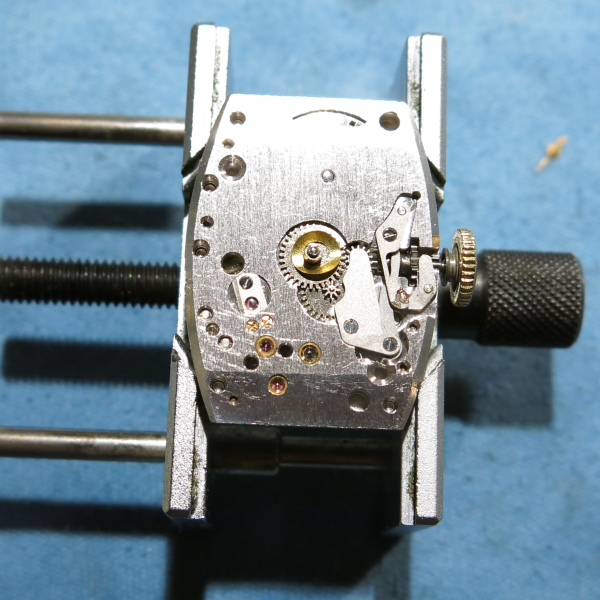 Before the movement goes back into the case, I'll add my mark to the dozen or so other watchmakers' marks inside the case back.  Edward took good care of this watch and had it serviced regularly. 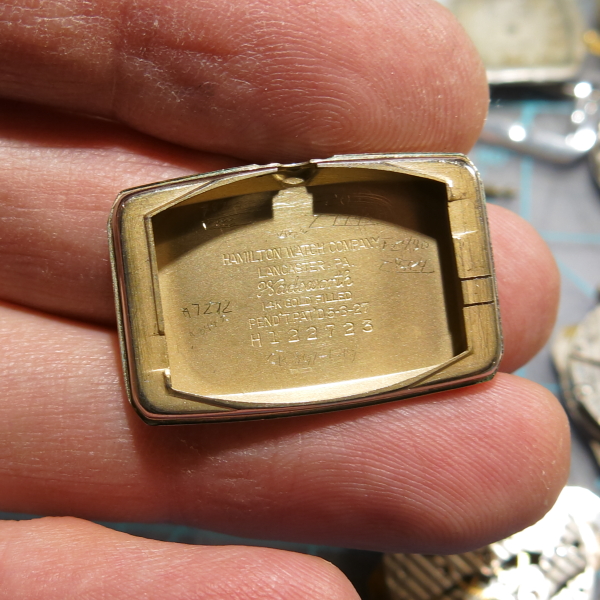 The Clark has a narrow 14mm lug width and that's a tough size to get in a manly strap.  I happened to have an old Speidel expansion bracelet that is a perfect fit and looks pretty good, I think.  This is a nice looking watch, suitable for a man or a woman by today's standards. 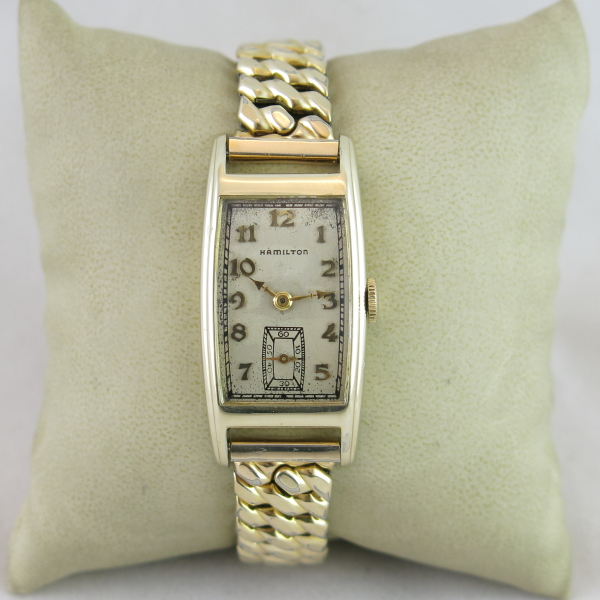 I wish all my Hamilton Chronicles fans and fellow collectors a holy and merry Christmas, whether you celebrate the holiday or not, I hope you have a nice week and a joy-filled New Year.

May God bless us, everyone.