When I started collecting Hamiltons one of my first lucky acquisitions was a black dialed Brandon.  As I learned more about the CLD line, I realized there were 19 different models in the line up, even more if you considered dial color and case variations.  So there are well over 25 CLD examples to obtain if you wanted a complete collection.

After getting about half of them I realized the remaining watches were uber-rare and solid gold - too factors that mean "really expensive" and not likely purchases for me.  So I threw in the towel.

But if you're inclined to give it a shot, here's what you need to find... up until now I had found all but three.

I have seen K-200's for sale but haven't landed one personally.  So I know they are out there.  I have never seen a Tildon for sale.  Sometimes you'll see the 1951 Scott mistakenly identified as a Tildon, but it remains elusive.

I did finally land a Lange recently.  I think over the past 5 or 6 years I have seen maybe four Langes - so they're surprisingly uncommon. 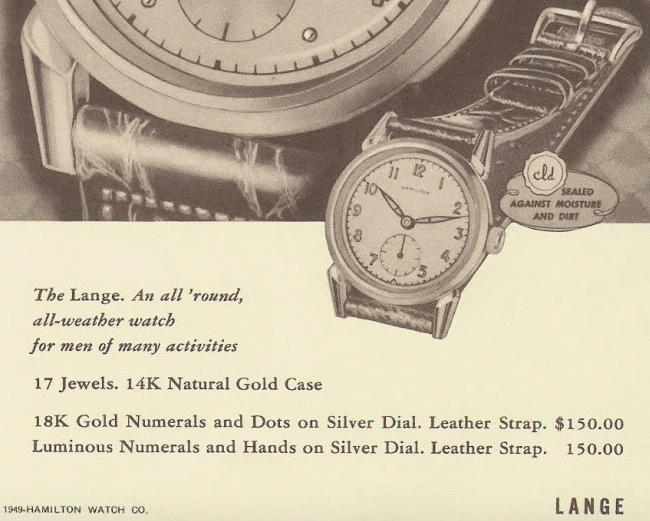 Tucked inside the Lange is an 8/0 sized 747 movement.  Two dial options were available; a butler finished AGN dial or a luminous dial.  Sometimes the dial says CLD and sometimes not.

My project watch arrived in typical beater fashion but I jumped at the chance to buy it and I was surprised that I wasn't out-sniped.  This is a VERY hard model to find and if you don't agree, as they say on Antiques Roadshow, "try to find another". 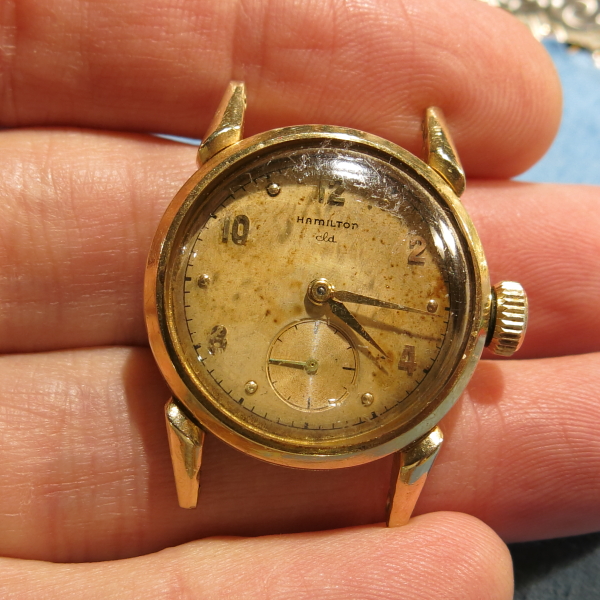 The Lange case is virtually identical to the Langdon - which is easy find - so you have to look closely to see whether it's solid gold or gold filled. 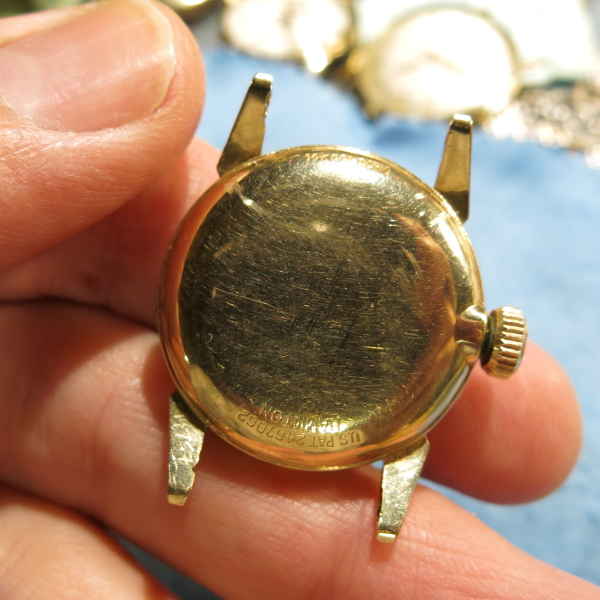 No denying this is a Lange. 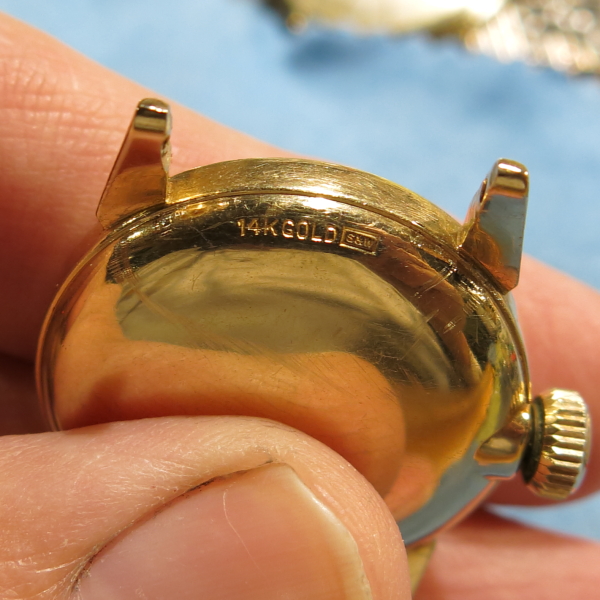 The dial is very grungy but I'd give myself a 50:50 chance that it will clean up nicely.  You never know until you try and I know I can get it redone to look like new if I screw up. 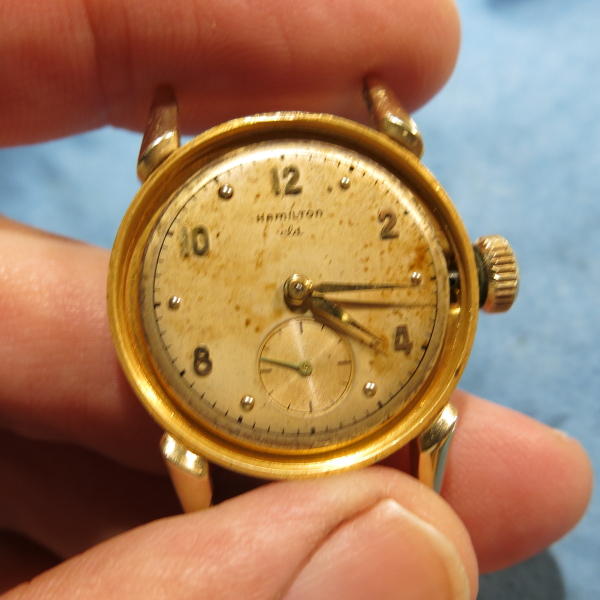 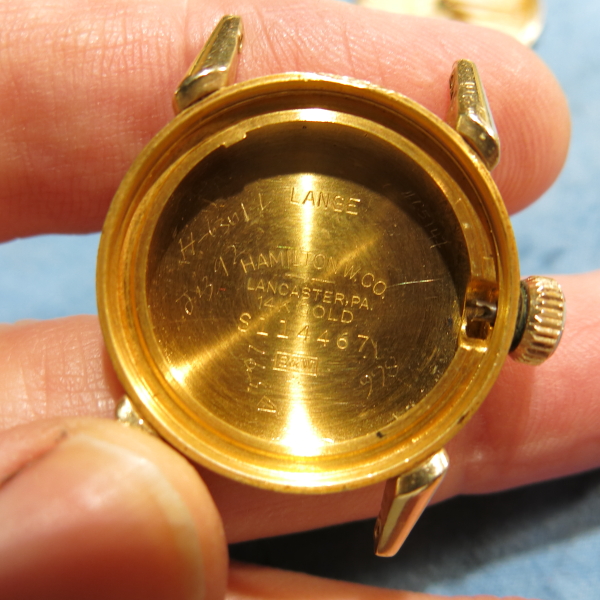 I wonder if I sent this watch to Quantico if the FBI could tell me the original owner, as there's a big ol' fingerprint on the ratchet wheel.  The movement is dirty but I'm sure it will clean up nicely. 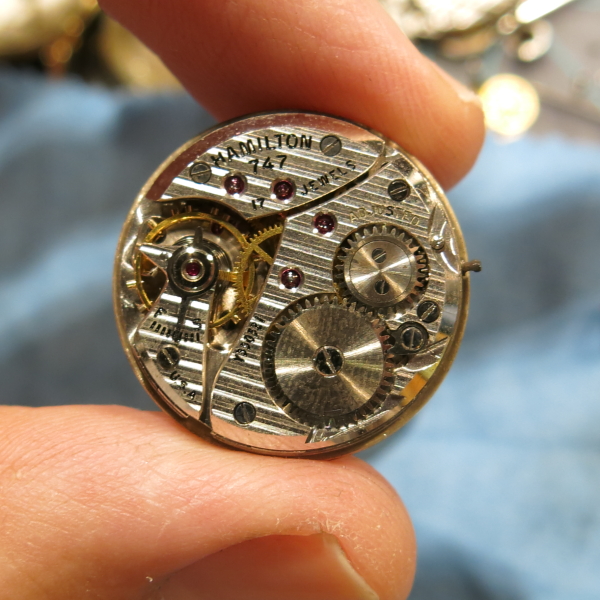 Everything cleaned up nicely except the dial.  The grime wouldn't budge so I will have to send it out to be redone. 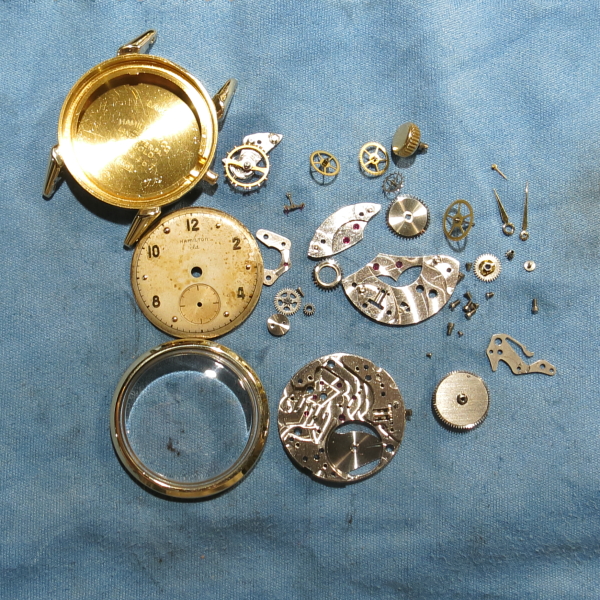 Initially running a little fast, a quick adjustment to the regulator slowed the watch down to 3 seconds fast per day.  Amplitude is well above 200 and the beat error is on the higher side of acceptable. 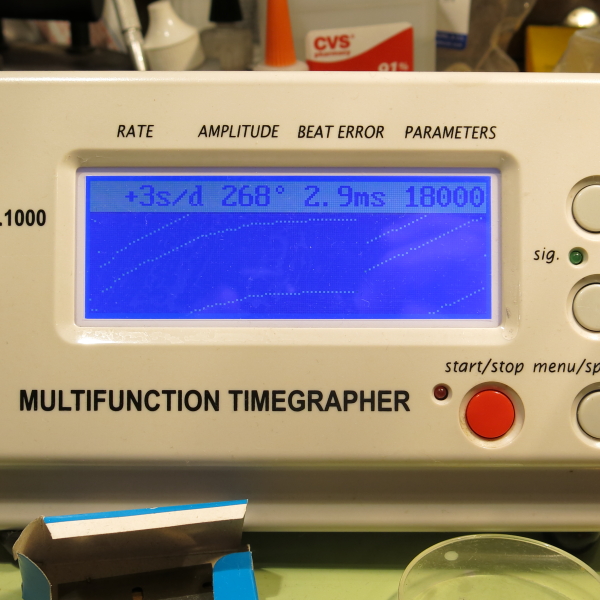 A new crystal and vintage croc strap do a lot to improve the looks of this watch but no lipstick will make this pig-dial pretty.  Once the dial is refinished this watch will look awesome.  So be sure to check out this post in a month or so for an update. 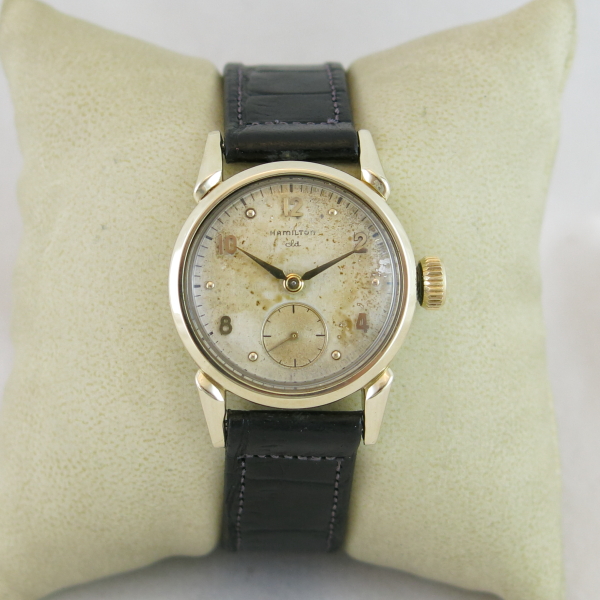 Here's a photo of the Lange with a refinished dial... a huge improvement I think.  With the vintage croc strap this watch looks like it's brand new! 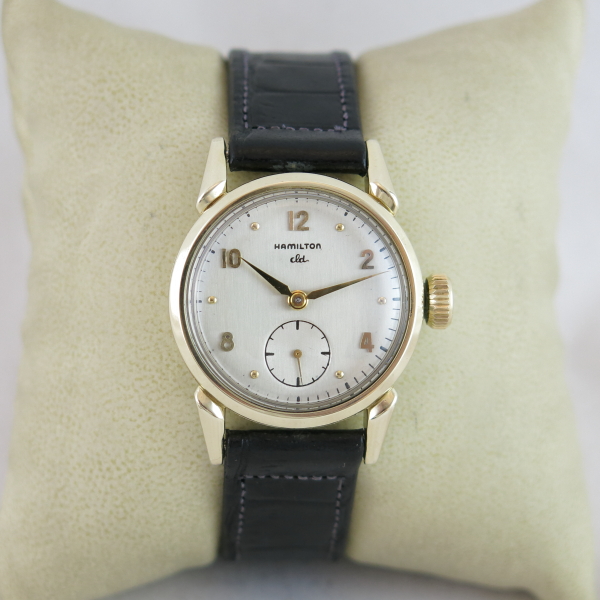