In the 1950's and '60's Hamilton had a special division called the Awards Division.  This group marketed watches to companies that wanted to provide service awards or watches for presentation.  Most companies wanted watches that could not be found in your local jewelry store so recipients wouldn't find their award available for sale.  To satisfy this need, Hamilton would sometimes use cases from obsolete models and outfit them with slightly different dials.

A good example is the 1958 Courtney.  The Courtney was produced for three years. 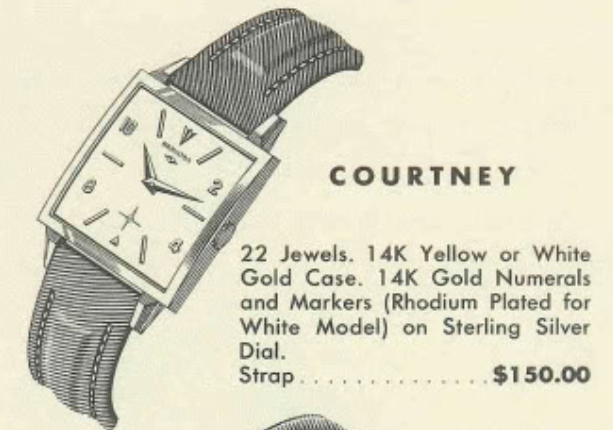 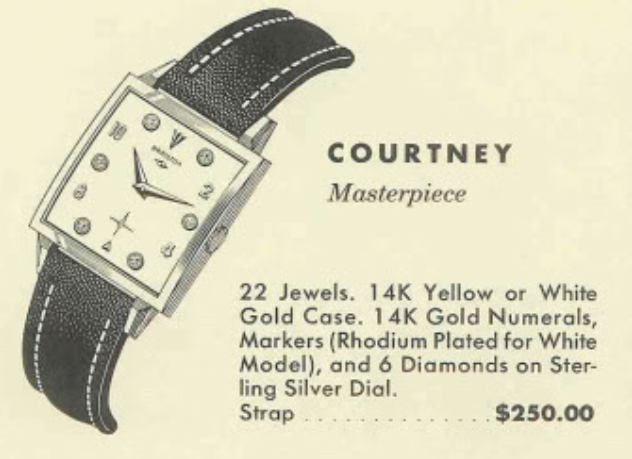 The Courtney came in a solid 14K gold case, in either white or yellow.  The sterling silver dial had solid 14K gold numerals and markers.  When it was offered in white gold, the markers were rhodium plated 14K gold so they looked white (silver).

As you might suspect from the title of this post, I recently received a Courtney, of sort.  As you can see from the photo, it's got a different dial than you'd expect.  There are no numerals, the 12 marker is different and there's no marker under the seconds register.   It also says "WE" on the dial... which is certainly unusual. 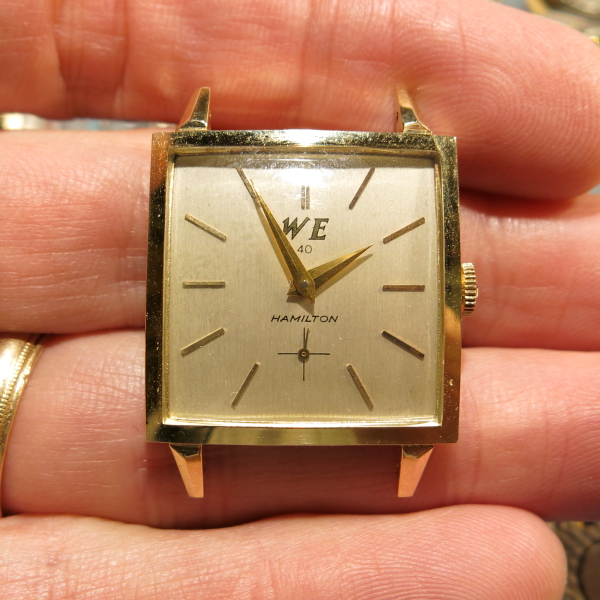 The case back is engraved with a presentation in classic Awards Division form and font from 1969 - 8 years after the Courtney was discontinued.  WE is short of Western Electric and this watch recognized 40 years of service.  The recipient started working for Western Electric in 1929... imagine that.  A little googling revealed, best guess anyway, that the recipient was a lineman in the telephone industry and served in the Army during WWII as a warrant officer. 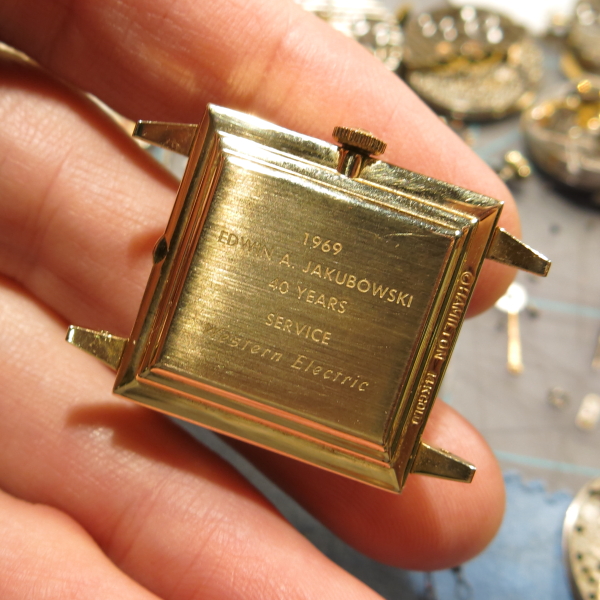 Like the original Courtney, this watch also uses a 770 movement. This movement is interesting though.  By the end of the 1960's, the 770 received a glucydur balance.  This special type of balance design did not have any screws or weights attached.  It was machine-balanced when it was originally manufactured.  What's interesting is that Hamilton used this balance without changing the model number of the balance.  Other grades, like the 730 and 735, became the 731 and 736 when they got the glucydur balance.

This particular movement is rather hazy, so it's definitely due for a trip to the spa. 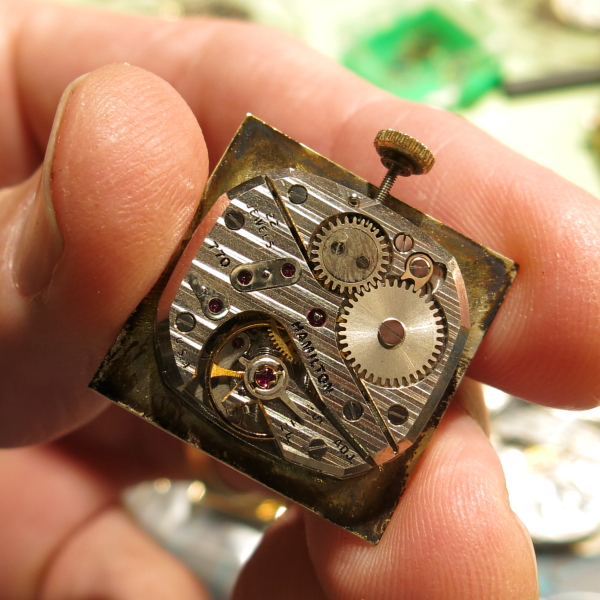 Everything is completely disassembled before being cleaned and dried. 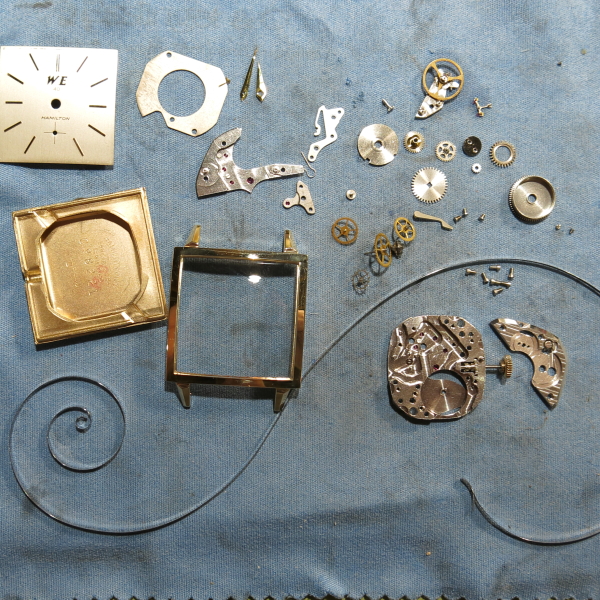 Here's a close up of the glucydur balance.  You can see how small sections of material were removed to poise the balance when it was originally assembled. 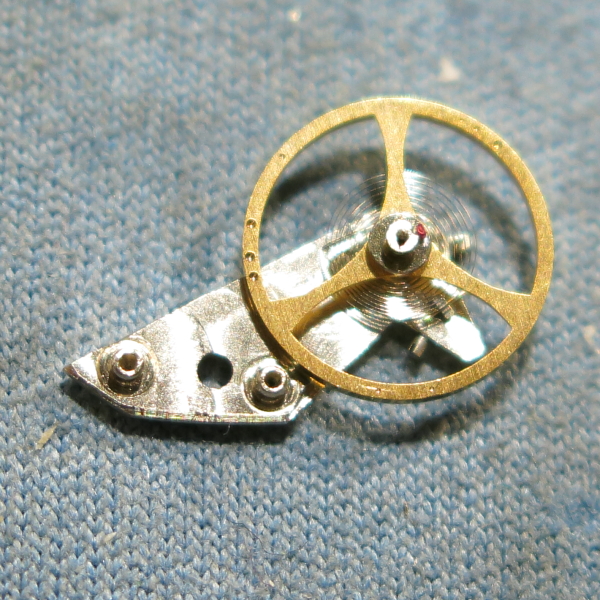 The reassembled movement goes onto the timer and it's running just fine.  The beat error is on the high side of acceptable.  It's risky to adjust it with little to be gained by attempting so I'll leave it as is.  I'll also leave it running a smidgen fast and recheck it after a while. 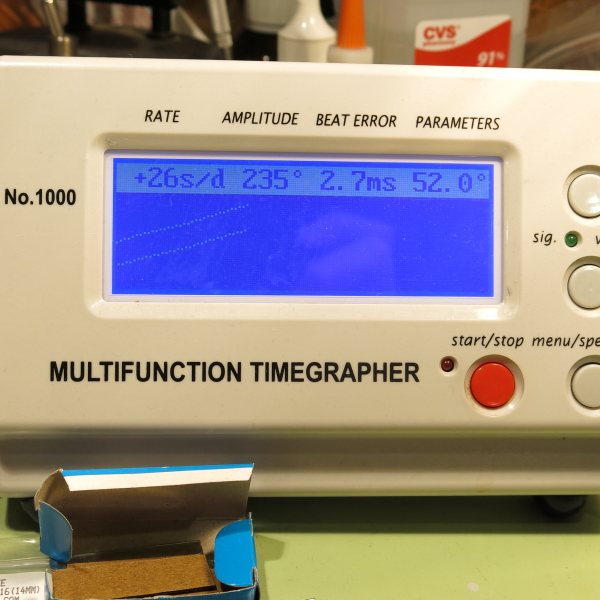 There are two different height cannon pinion options for 770s, depending on style of the dial.  Sometimes when the longer setup is called for, a spacer plate is used under the dial. 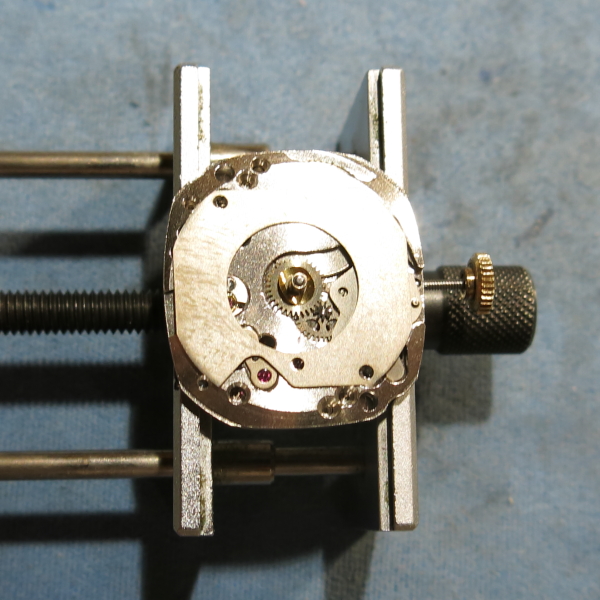 The finished watch looks great, much better than my "after photo" makes it look out to be.  The photo isn't bad but the watch is much nicer in person. 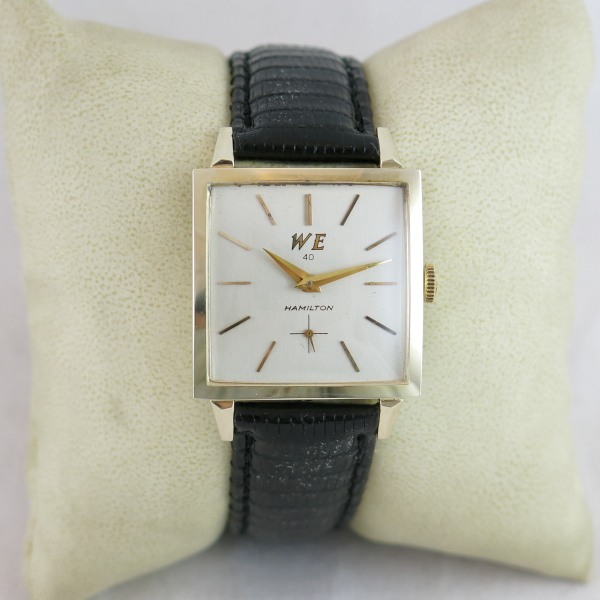