I'm approaching my 500th model... another month or two and I will be there.  My goal is to mainly post new models, although I sometimes update past posts with new dial variations, etc.  So overtime my posts will become more and more infrequent, as new models become more difficult to come by.   They're out there somewhere though - so I suspect I will be able to keep going for another couple of years, I bet.

Anyway, chalk another hard to find model off the list - as I finally laid hands on a 1962 Yeoman.  It's a one year wonder and I've never seen another.  That doesn't mean I have the only one.  It's just not a very common model and you don't see them very often... if at all. 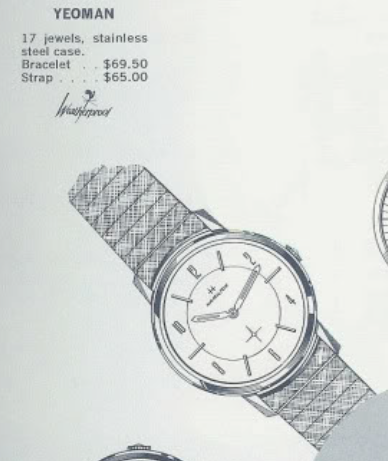 The Yeoman is a complex-looking model, much more-so than it's catalog image would indicate.  The case is stainless steel and it was offered with a florentine-style bracelet or a strap.  The dial is a two-tone radial finish - and I'd hate to have to get it redone as I doubt it would be done right.  The odd hour markers are applied but the even numbers are printed in black enamel in a very delicate font.  The hour and minute hands are very slender and are lumed to glow in the dark, as are the odd numbered markers.

I recently landed a Yeoman and I was prepared to pay dearly for it but luckily no one tried to out snipe me for it.  It came on a Speidel bracelet that didn't really match very well so that got tossed on the scrap pile.  As received, the project watch was in good overall shape and the dial looks excellent.  Stainless steel can take a beating but this case could stand a few minutes of buffing to restore it's shine. 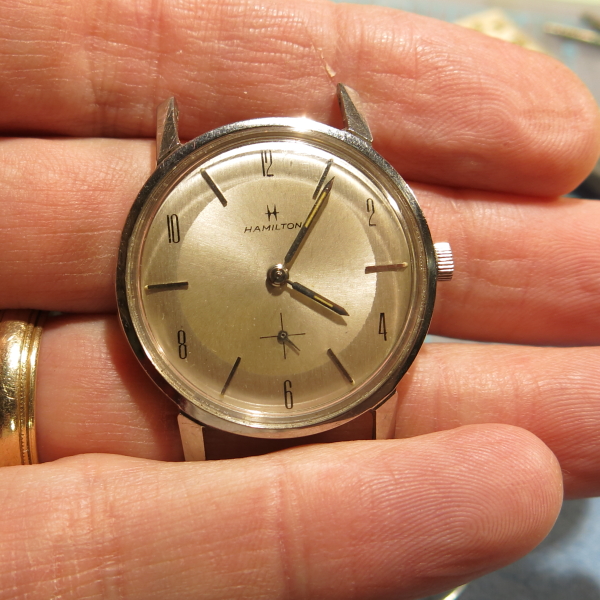 The case is a two-piece design and a case wrench will make short work of opening it up. 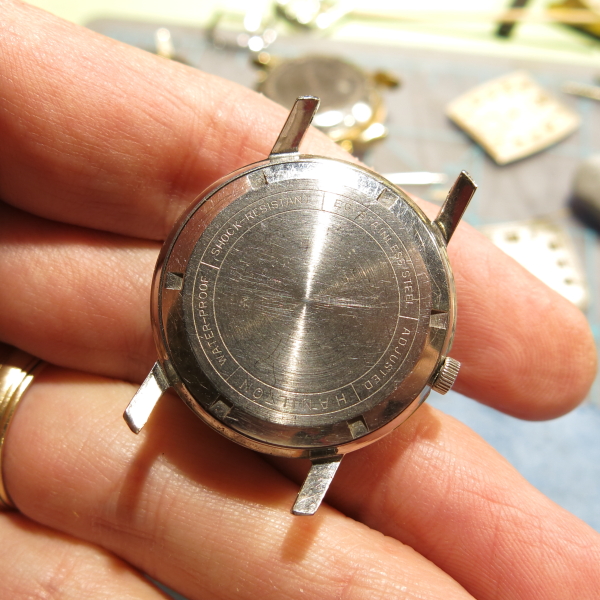 A substantial brass movement ring holds the 8/0 sized movement in place.  This is a large watch, for vintage standards anyway. 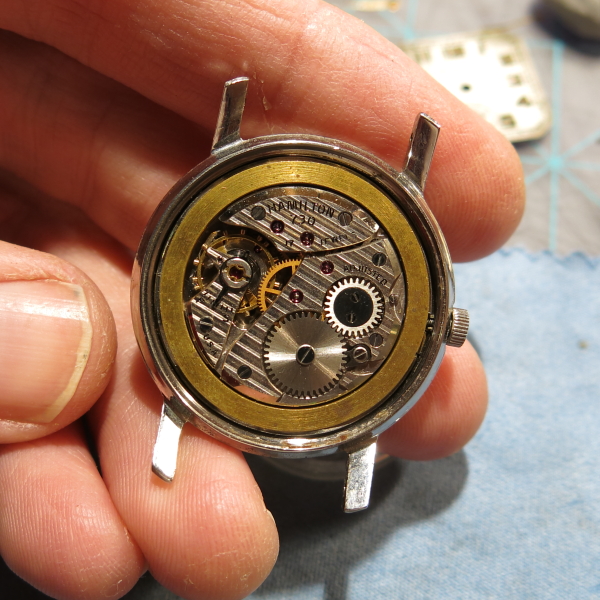 The case is made by Ed Grimm SA in Switzerland.  I've seen that maker on a few other 1960-era models. 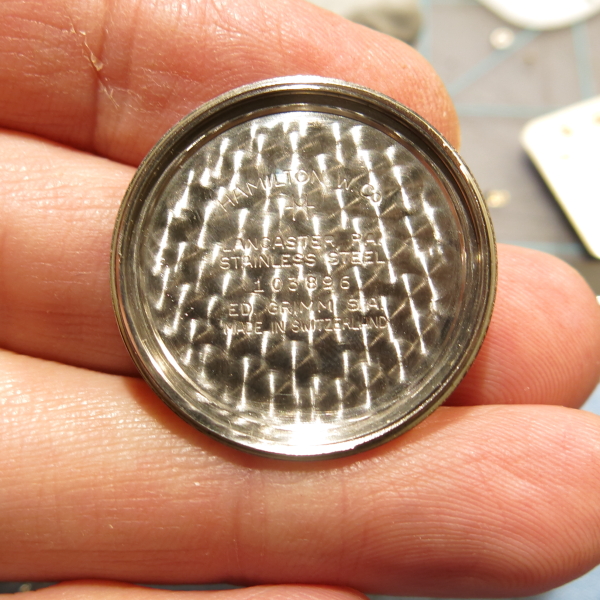 Everything is cleaned and laid out for reassembly. 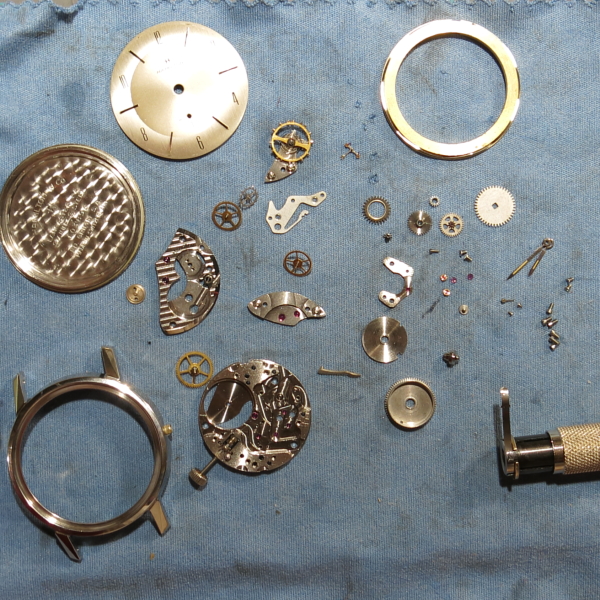 The reassembled movement is running briskly but only a timer will tell you for sure how well it's performing. 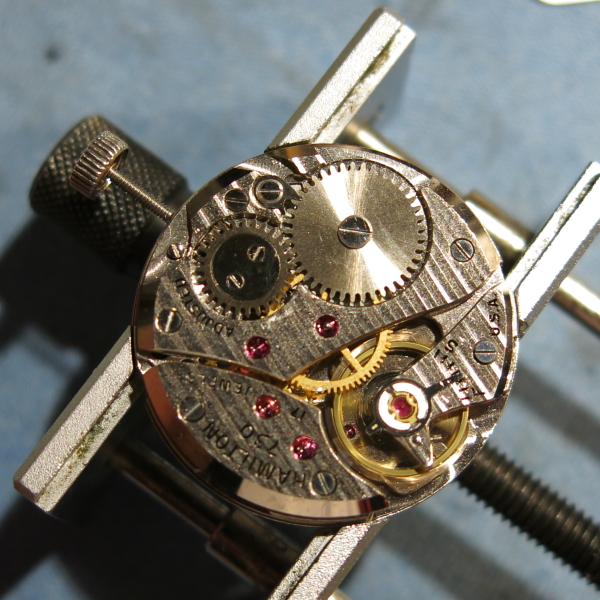 That's weird.  Something inside is making a virtual racket and creating a lot of extra noise. 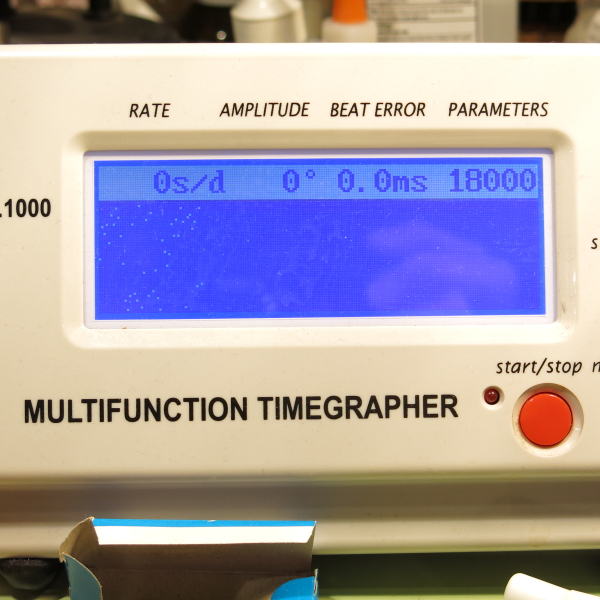 A trip past the demagnitizer and then recleaning the hairspring seems to have cleared things up.  The amplitude is great... I'll take anything over 200 but the beat error is on the higher side of acceptable.  In a pinch I would let this slide, since the beat error doesn't really impact anything other than having the watch stop a little sooner when it winds down.  However, since I have spare balances, I might as well give reducing the beat error a try.  That requires pulling the balance off the balance cock and rotating the hairspring collet on the balance staff.  It's very fine work and easy to goof up so I don't like to do it if I don't really have to. 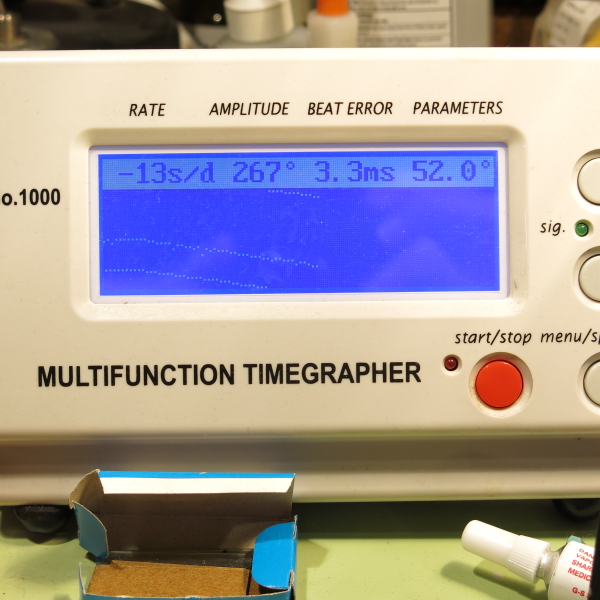 Success!  It's total guesswork how far to turn the hairspring, assuming you can even tell which direction to go.  I chose wisely, and the beat error is a very acceptable 0.8ms now.  Nothing wrong with this timekeeping now. 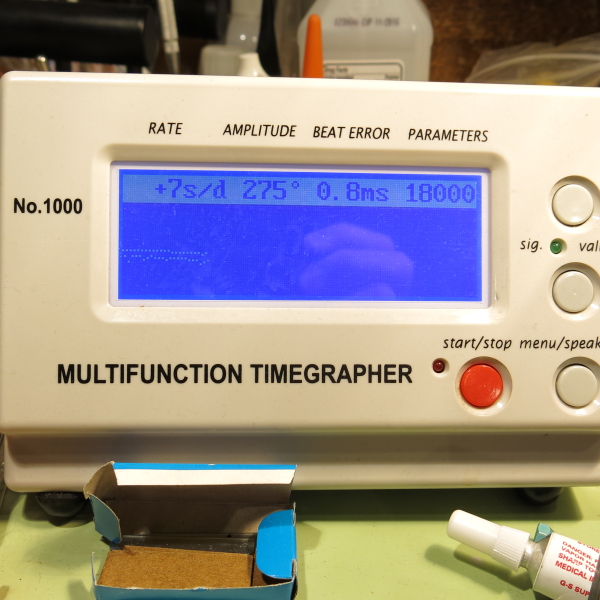 Here's a nice shot of the two tone dial after I installed the hands.  Now I just need to install a fresh crystal to seal it up. 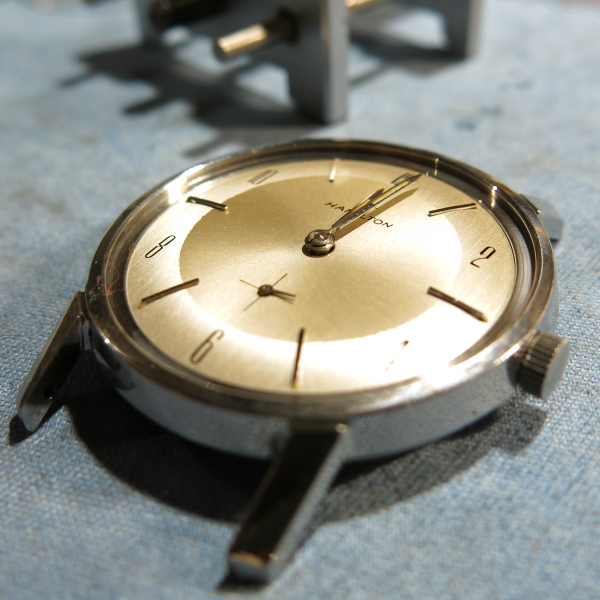 A 30.1mm high dome crystal will do nicely. 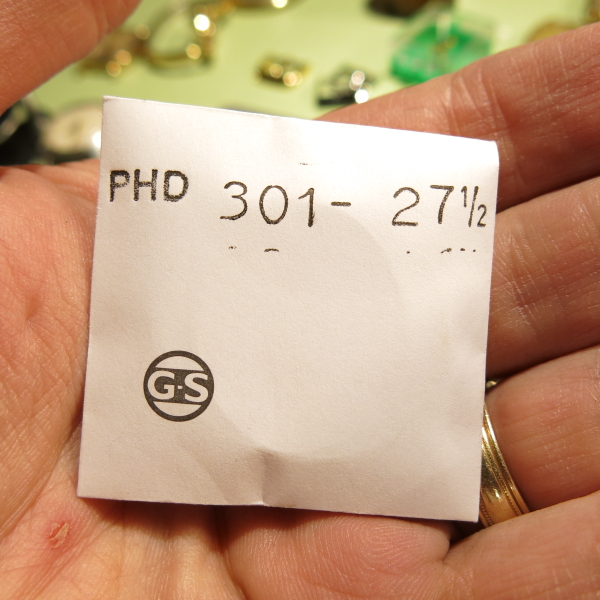 I'm not a big fan of bracelets unless they are the original style.  In this case I will opt for a nice genuine lizard strap in black.  It goes great with the black numerals and give this watch a classic 1960's vibe.  It's really a beautiful watch... I wonder why it was only made for a single year? 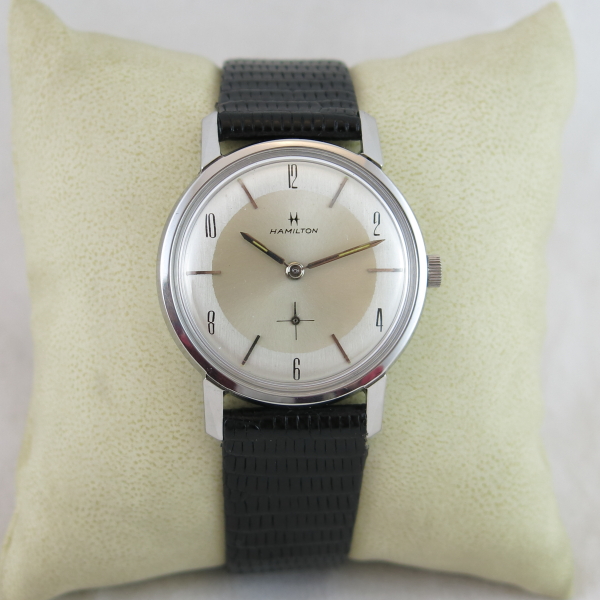