There are two models called the Eric. The first came out in 1948 and was made for four years.  The second was introduced in 1963 and produced for only two years.  Other than the name, there are no other similarities between the two models.  The earlier Eric is fairly ubiquitous and readily found for sale.  The later Eric is much less common and a lot harder to find.

The 1963 Eric came in a 10K gold filled case with uniquely designed lugs.  The radial finished dial has gold numerals and markers along with a gold ring around the outside perimeter.  The sleek baton hands compliment the slender hour markers.  You could purchase the Eric with a florentine-style bracelet or on a strap.

Tucked inside the case is Hamilton's 22 jewel flagship movement, the 770.  This 12/0 sized movement was used in round cases as much as non-round - which is interesting since Hamilton was still producing their round 8/0 sized 730 / 731 movement at the time.

I think I've only seen one or two Erics in the wild over the last few years so I was very happy to have landed one for myself.  It didn't hurt that the seller's pictures were not very good.  As received, it was better than I expected and showed a little wear but not much to complain about. 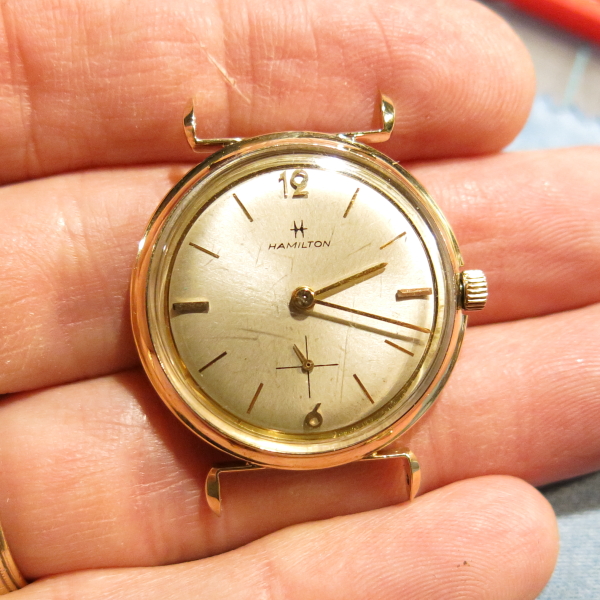 Although you can't really tell from the front, there's a substantial amount of material connecting the lugs to the case. 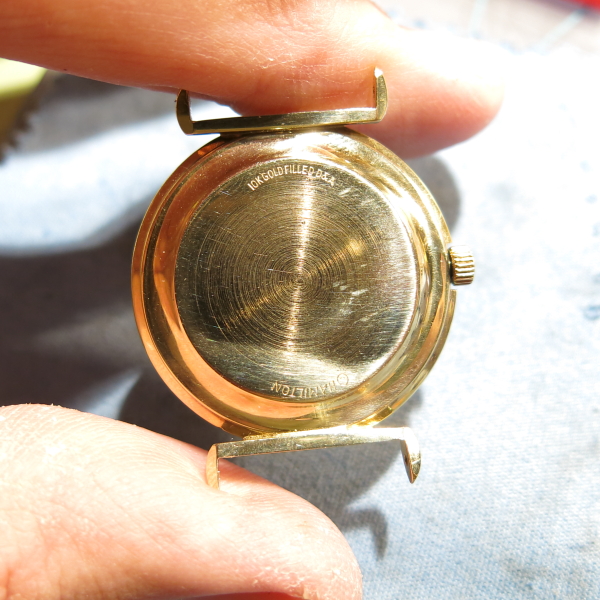 I had to look closely to determine that the case is a one-piece design.  With such a wide bezel, it gives you the impression that the case might separate but there is no seam.  This watch opens through the crystal. 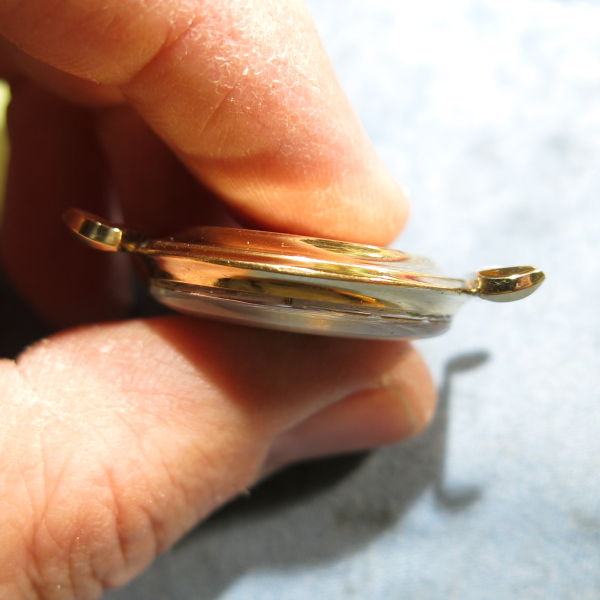 The 770 movement is in good shape.  There's a dull haze so it's been a while since it's been cleaned. 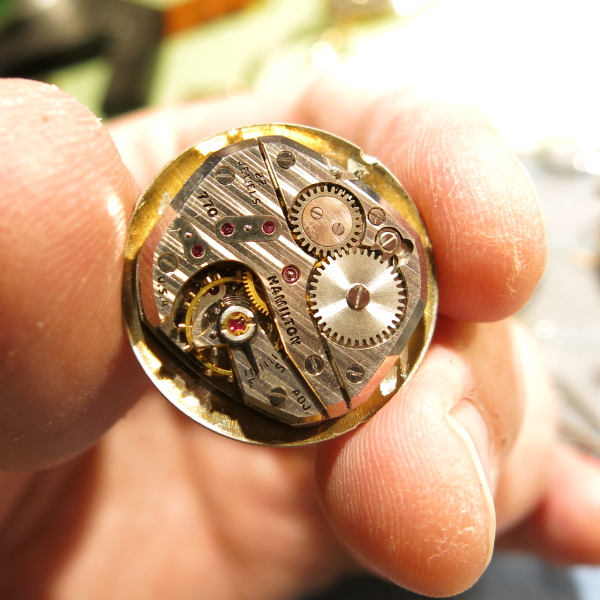 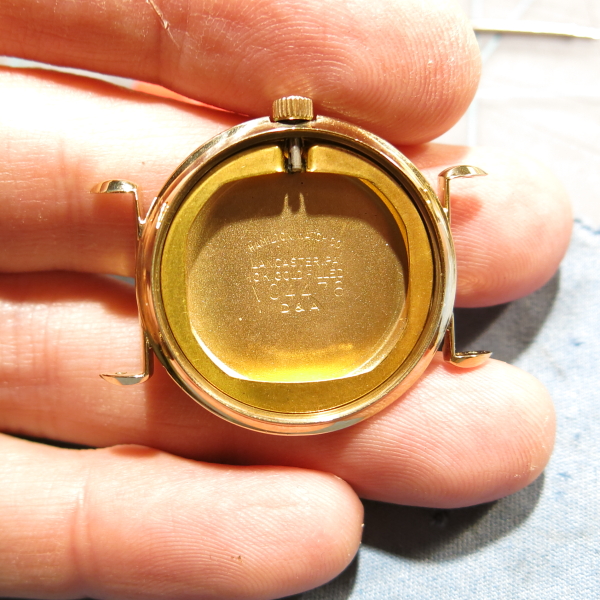 All the parts are thoroughly cleaned and dried before reassembly. 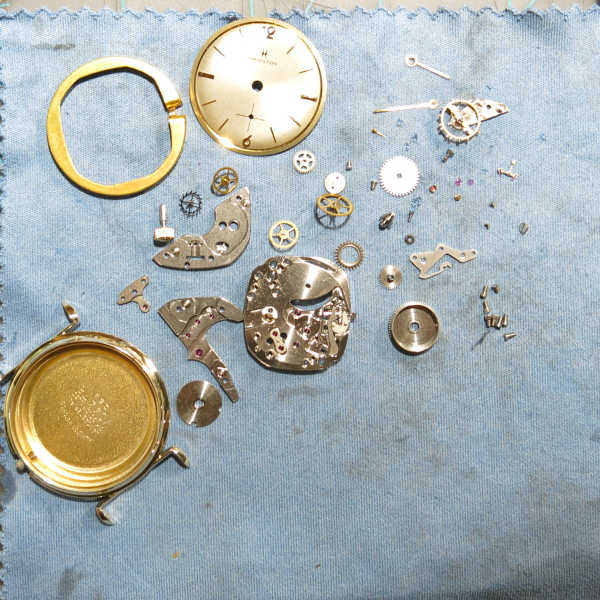 The freshly oiled movement is now ticking away with nice motion.  It's off to the timer to see how it's running. 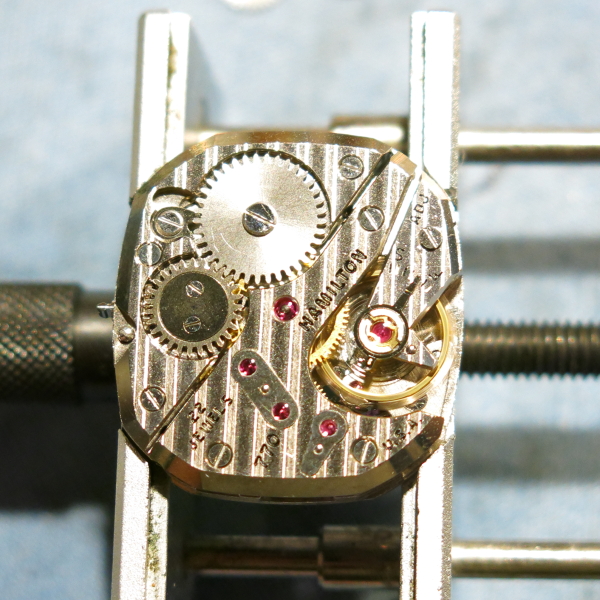 Good amplitude, acceptable beat error and just a smidgen fast - all things I like to see after an overhaul.  I find the beat rate settles down after a little while. 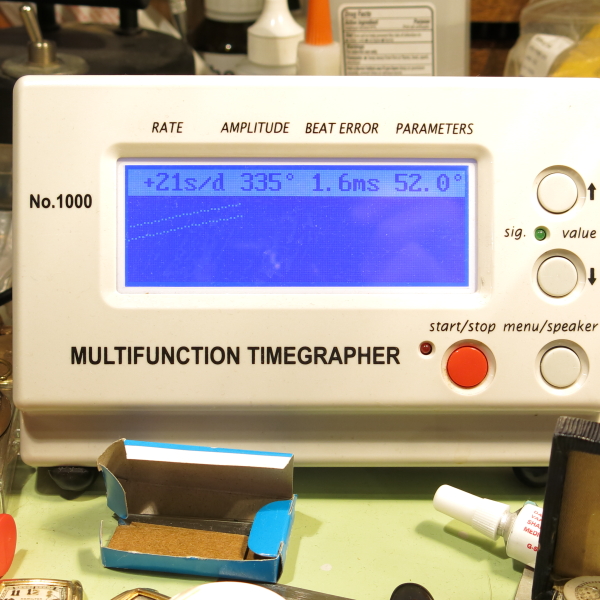 A new crystal is always an easy way to make a watch look better. 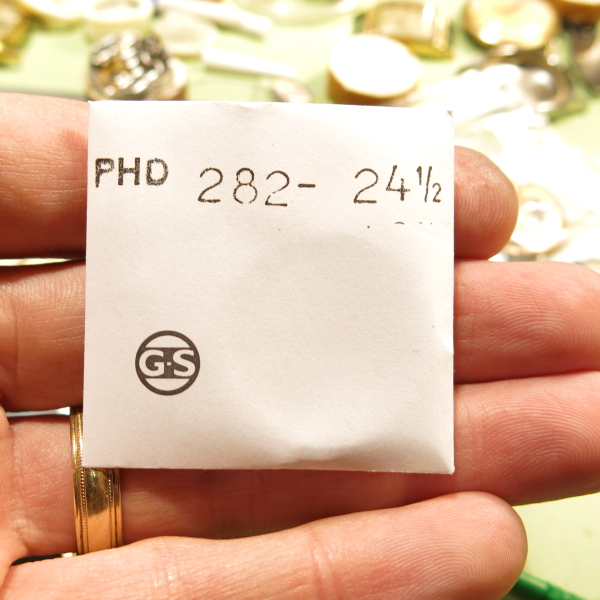 With such sleek looking lugs, a nice unpadded genuine lizard strap is a perfect compliment to this very elegant looking dress watch.    I really like this watch - it's a real beauty in my opinion.  I don't know what font the numerals are but they are very interesting, especially the number 2 in 12.  It looks like an upside down 6 with a flag on the end. 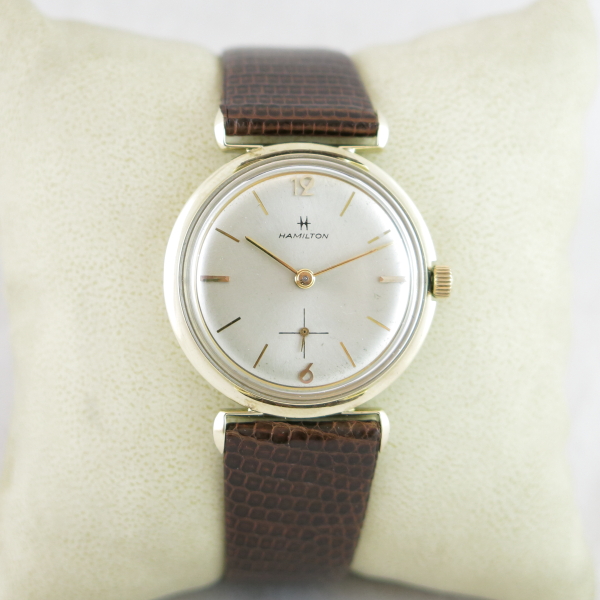