Who says round watches can't be interesting?

Well, probably pretty much everyone, I bet.  After all, round watches do tend to look a lot alike after a while.

However, Hamilton designers knew that there was a lot that you could do to spice up a watch.  The dial, hands, lugs and even the crystal are opportunities to add a little extra flair. 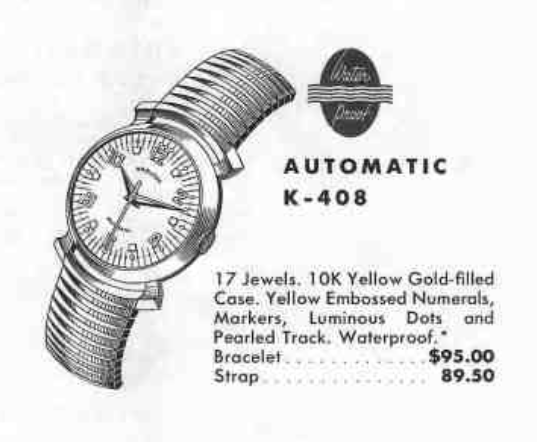 The K-408 came in a 10K yellow gold filled case.  The catalog image shows that the watch had very unique lugs, reminiscent of the Sir Echo introduced in 1957.  The model was available on a strap or with a bracelet that looks like it integrated flawlessly with the uniquely shaped lugs.

What you don't really see on the catalog depiction is the textured dial with a radial finish.  With the gold highlights of the numerals and hour markers, the dial seems to sparkle with brilliance.

Tucked inside the case is a 17 jewel 661 automatic movement, just as you'd expect for a K-series watch.

You don't see the K-408 very often, so when I saw one for sale I made a serious run at it and I had to pay dearly.  I was surprised there was as much interest, as it was in rough shape and the case back was dented.  As received, it looked promising despite how all the grime and dirt. 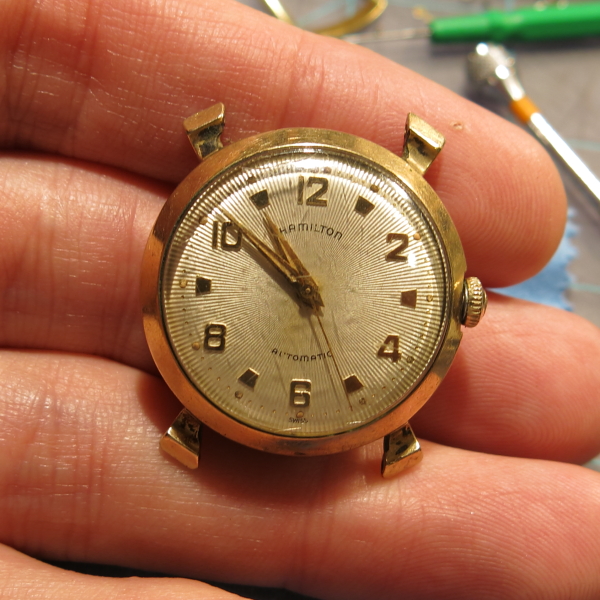 I crossed my fingers that the case would be okay.  I can't think of any reason why the case back would be so dented and I was hoping the case threads would be alright.  Fortunately, I couldn't see any issues beyond basic cosmetics.  The case opened with ease and the closed tightly. 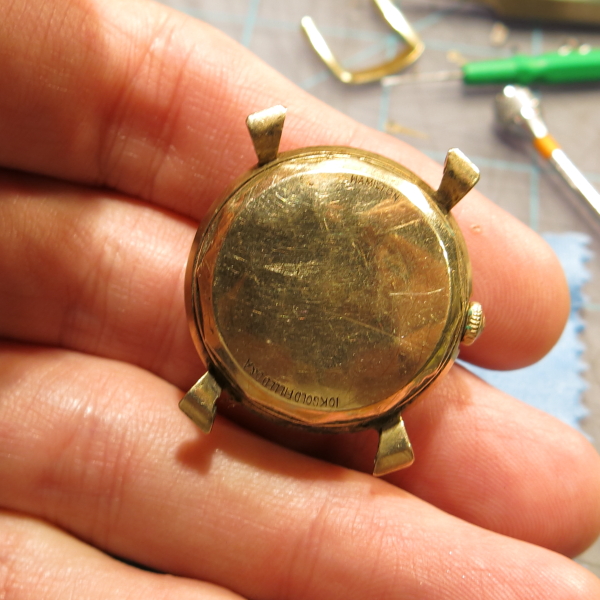 The movement would run and it was largely rust-free so nothing more than a trip to the spa was likely to be needed. 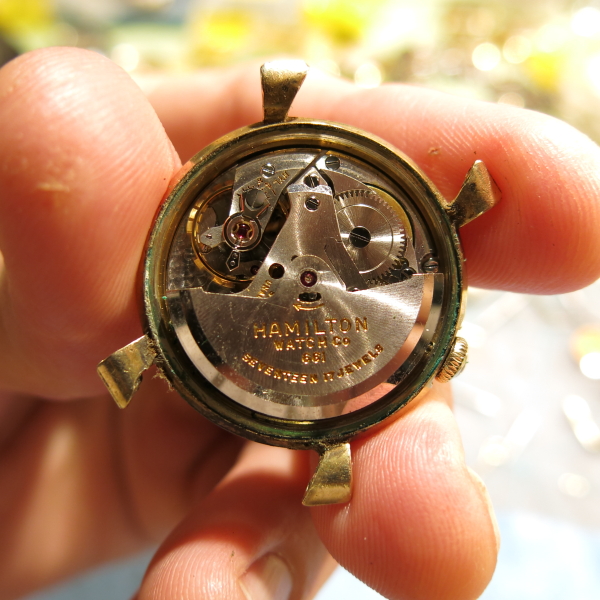 Everything is now cleaned and dried.  Time for reassembly. 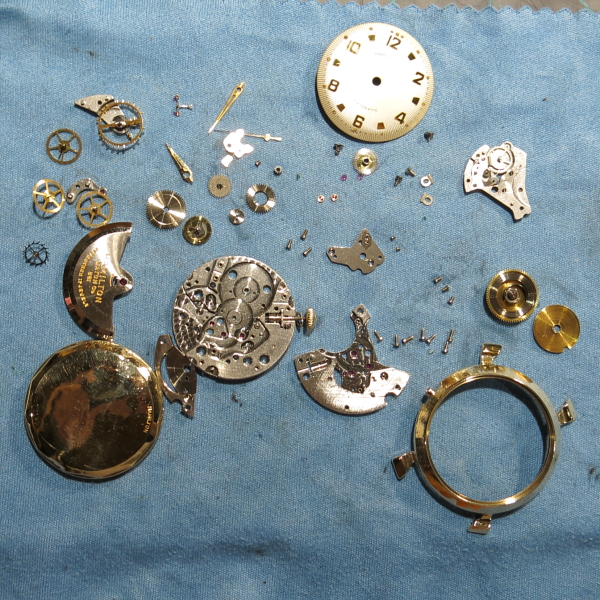 The movement is reassembled enough to give the barrel a few winds and make sure everything works.  The watch is ticking away with good motion so it's off to the timer. 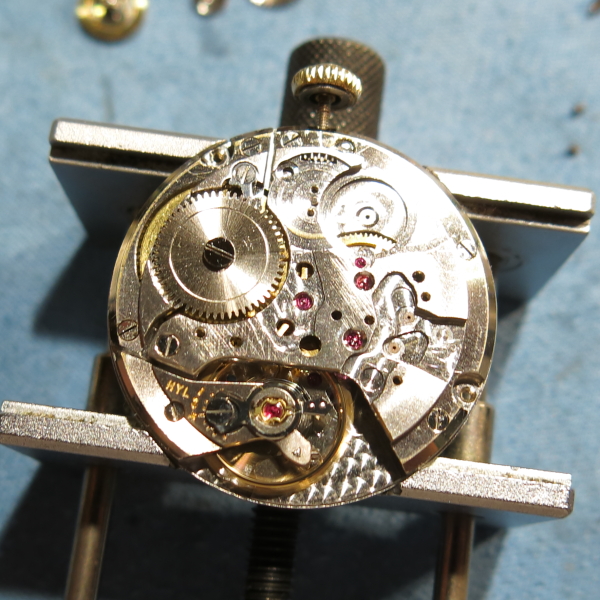 Nothing wrong with this timekeeping.  I'll leave it running a little fast while everything settles in. 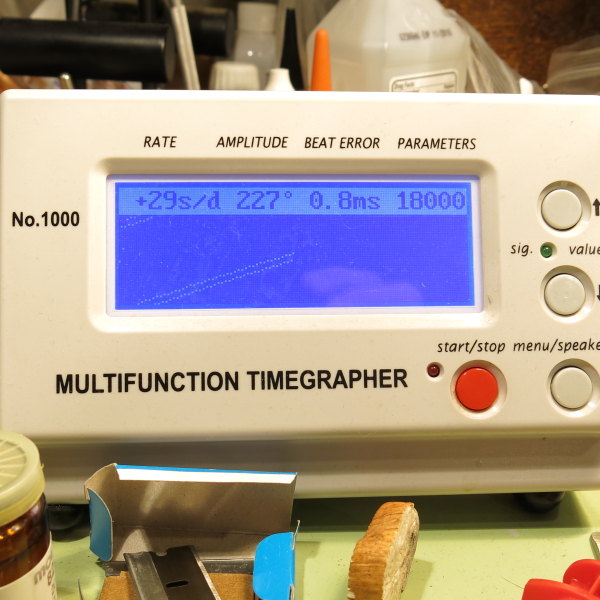 A new crystal is in order since the original was cracked.  This watch takes a fairly small crystal, relatively speaking.  26.9mm should do the trick. 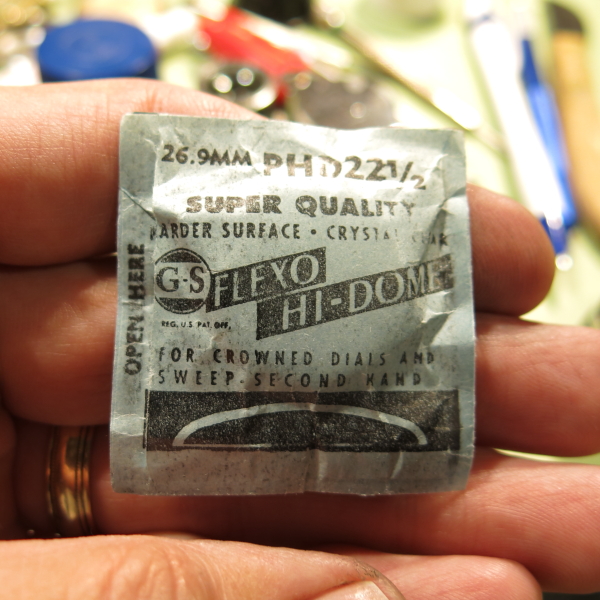 A fresh brown lizard strap completes the restoration of this uncommon K-408.  I put fresh lume on the hands so they're a little brighter than what I started with.  This watch is smaller than it's peers in the Automatic K series.  I suspect that's one reason why it so much less common.  It's not tiny, but it's definitely smaller.  I like it though, it's a sharp looking watch... for a round watch. 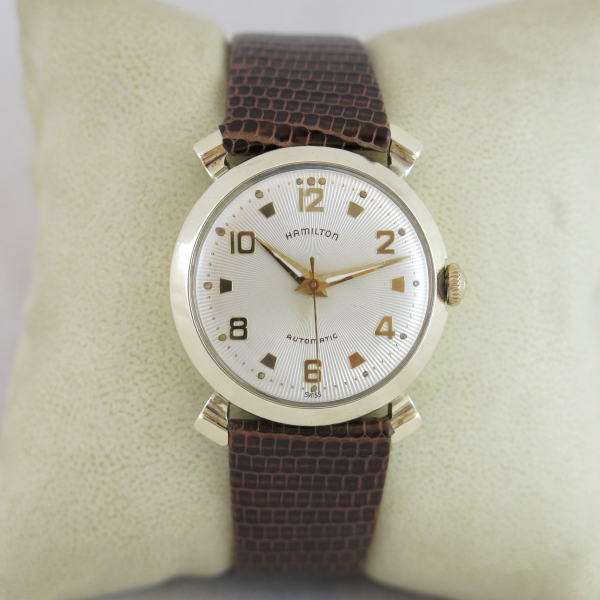