I find it very interesting that some models had very short production runs (like only a single year) while other models seemed to evolve over several years.  What was it that prompted Hamilton executives to "cut bait" on certain models while at the same time tweaking the design of others?

One of the models that had a good long run with multiple design tweaks is the 1957 Sir Echo.  It was produced through 1964.

Initially, the Sir Echo came in the "plain" variety as well as a "diamond-set" version. 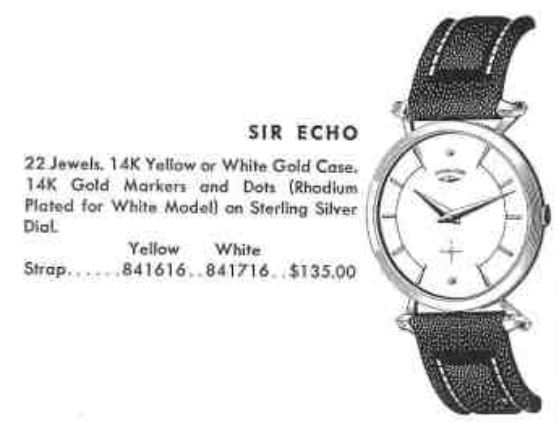 The lugs on the case are very unique and sculpted in a manner that is difficult to describe in words... the seem to flow out of the case and somehow manage to firmly hold the spring bars of the wrist strap.

The bling-ed up version of the Sir Echo featured 2 diamonds set at the 6 and 12 position in the place of the two round markers used on the "plain" version. 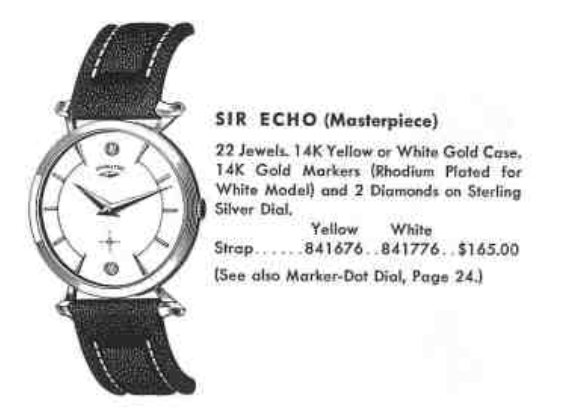 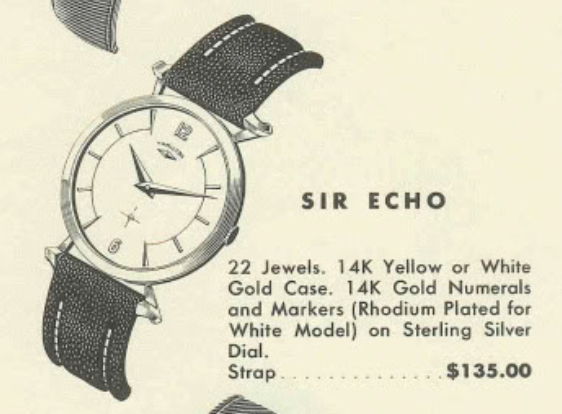 Also in 1959, the diamond-set model got even more diamonds - one at each even numbered position. 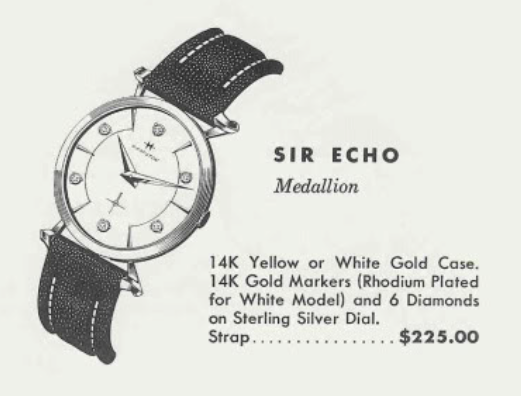 Finally, in 1960, Hamilton introduced a ladies version of the Sir Echo, simply named the Echo.  The two go together "like peas and carrots", to quote Forrest Gump.  The Echo and Sir Echo are one of several his and hers models that Hamilton produced. 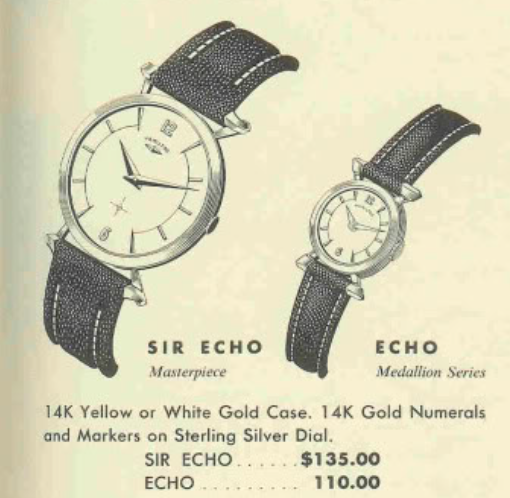 In all of the Sir Echo versions you will find Hamilton's premier movement, the 22 jewel 770 grade.  This was Hamilton's top of the line movement and it went in a broad variety American-made models from gold filled to platinum.

I recently scored a Sir Echo diamond-set model of the 1959 variety.  It is inscribed on the back with a presentation from 1962 for 30 years of loyal service... those where the days, huh?

As received, I could tell from the listing photos that the crystal was beat up and I suspected the finish on the dial could be compromised.  It wasn't too obvious though so I hoped I might get lucky and not have to refinish the dial. 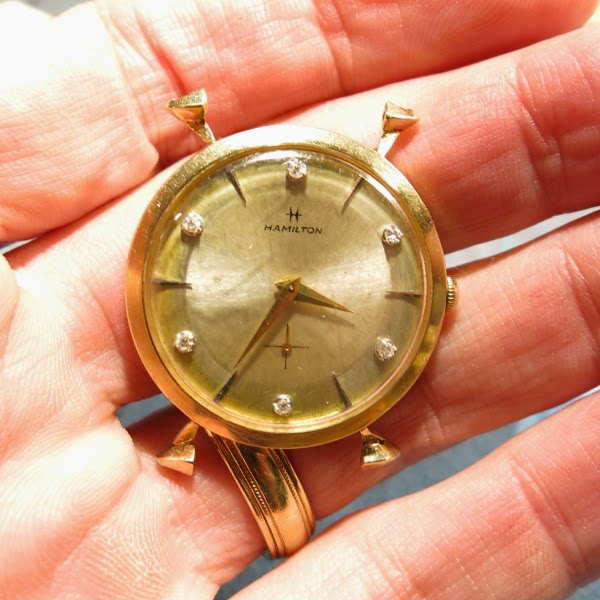 Without the bezel and crystal in the way, you can see the finish around the circumference of the dial is a different tone - sort of golden color.  There's a little corrosion by the 10 ands 11 markers too.  I will try to very gently clean the dial and hopefully not make it any worse as getting this radial-finished dial redone could be tricky. 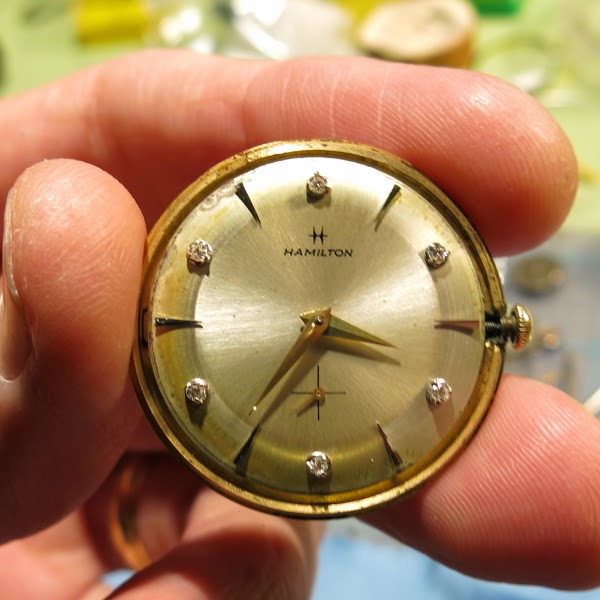 The movement is held in place with what appears to be a solid gold movement ring. 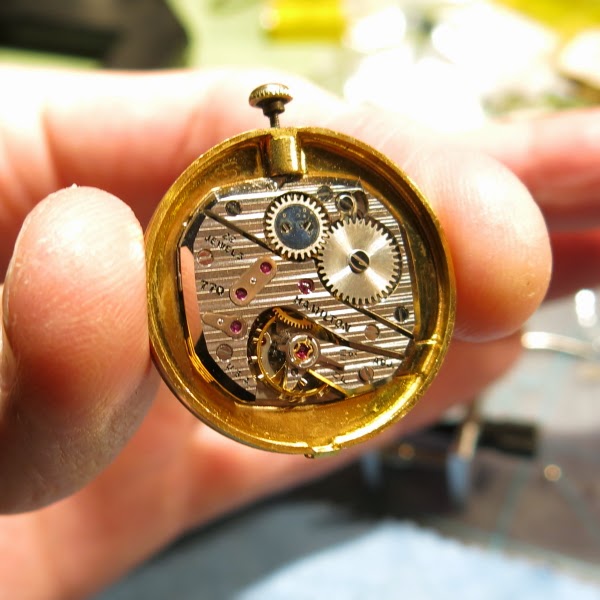 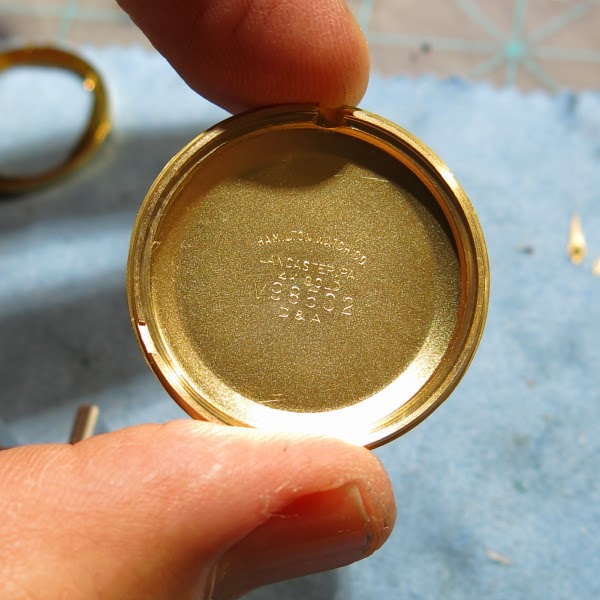 All of the parts are disassembled, cleaned and dried before being reassembled with fresh lubricants. 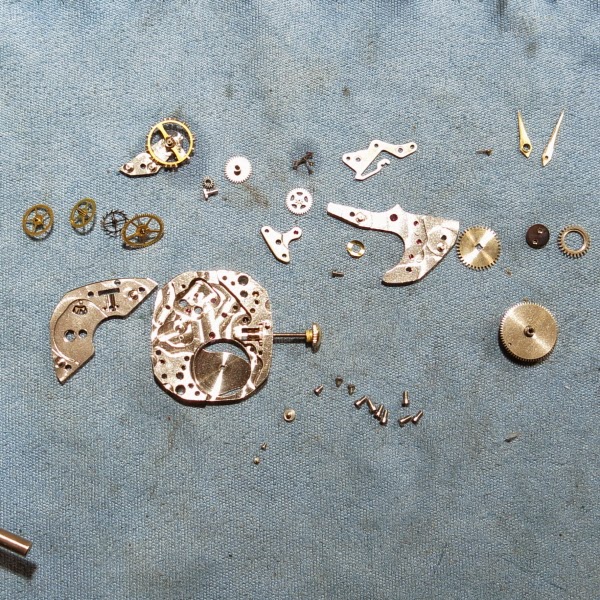 The running watch goes onto the timer to see how well it's running.  I can tell just by looking at it that it's running fairly well but a timer is really needed to diagnose anything that might be going on inside. 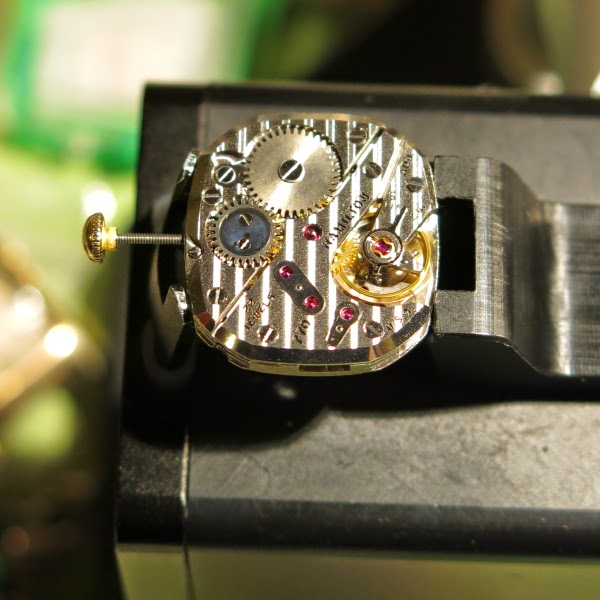 It's running a smidge fast at 90 seconds fast per day but a slight tweak to the regulator will bring it back in line.  The amplitude is over 200 degrees, which is good and the beat error is within the acceptable range. 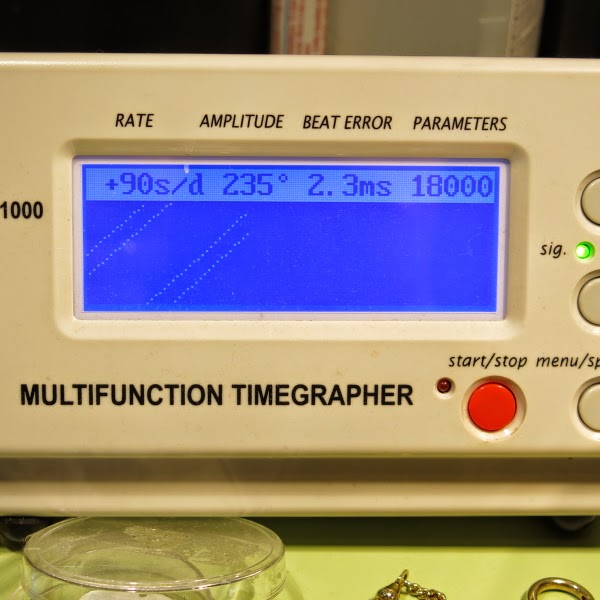 As suspected, it didn't take much of a tweak to the regulator to slow the watch down. 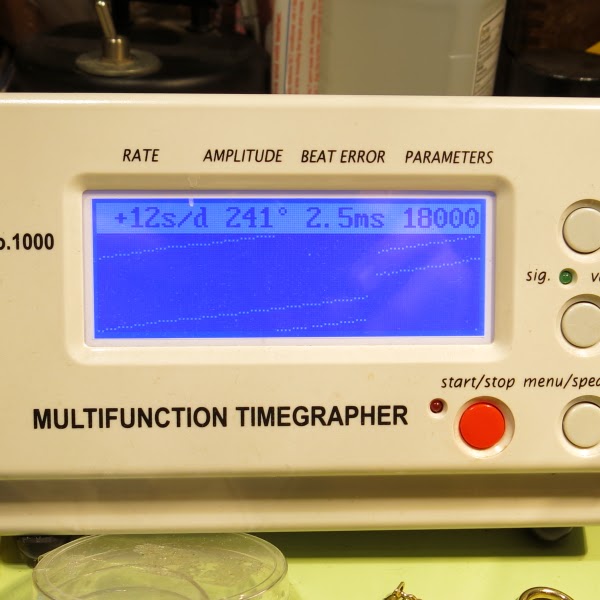 A new crystal will make a vast improvement to the look of the watch.  Since the Sir Echo has a sub-second hand, I'll try a lower profile PK-style crystal in a 29.5mm diameter. 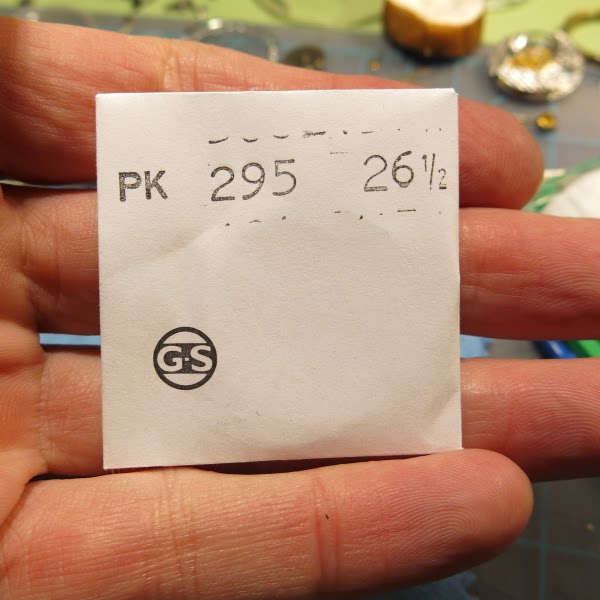 A new brown lizard strap completes the restoration and I have to say that I'm pleased with the results.  I was able to tone down the color of the compromised lacquer on the dial.  I also gently brushed some fresh lacquer over the bare areas to keep them at bay in the future.  The corrosion at the 11 is still visible, but it's not bad enough to risk getting the entire dial refinished.  It looks much better than my unforgiving camera makes it out to be. 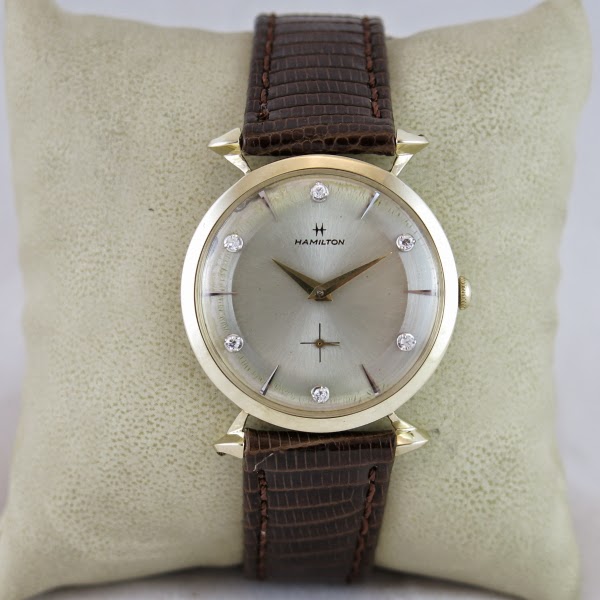