You can't beat the classics... but you can repeat them occasionally.

In 1962 Hamilton introduced the Huntley.  It must have been fairly popular, as it was produced through 1969.

Initially it was offered with a very unique patterned dial with fancy 1960s numerals at 3, 9 and 12.

In 1964 the fancy pattern was discontinued in favor of a plain white finish on the marker dial and an all-numeral dial was added as an option.  The price was also increased by $10 to $135. 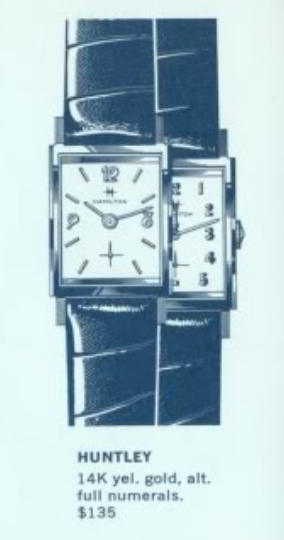 I'm not sure but I think the all-numeral dial might have had a textured finish as well... at least that's what some of the catalog images appear to show. 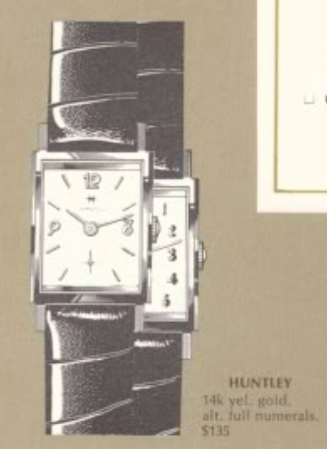 So how is the Huntley a classic design, you ask?  Well, it's 14K solid gold case is very reminiscent of the 1939 Brock which was made through 1952.  I believe it also shares a crystal with the 1953 Brockton, although that case is 10K.  So it's a bit of a blend between the two models, with a little extra 1960 spice thrown in.

Unlike the Brock or Brockton, the Huntley has a 12/0 size 22 jewel 770 movement inside, certainly a step up from the 19 jewel 754 movement (although very similar) in the Brockton, although both are the same size.

I recently received a 1962 or 63 in need of a little TLC.  I know it's from that period because of the dial.  It's actually in very nice shape, so it shouldn't be to difficult a project.  Looks like one of the lower lugs is a little bent, but other than that it looks great. 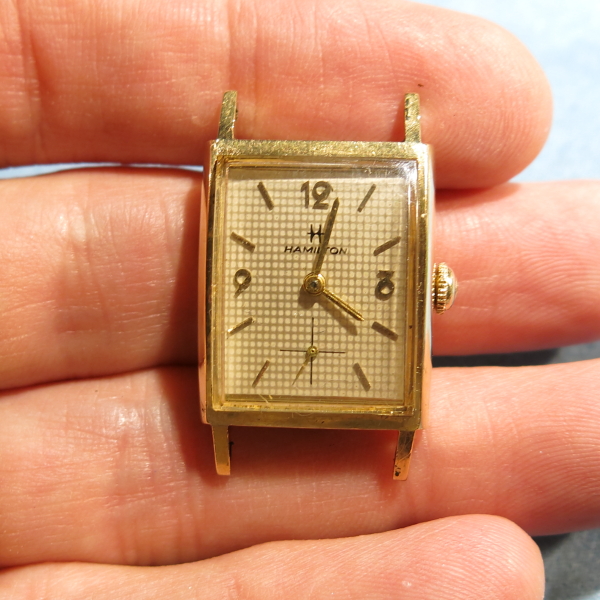 The only downside that I can see with the Huntley is it's a little on the small side compared to other 1960's models.  It's consistent with 1940's models, which tended to be smaller but watches were larger in the 1960's. 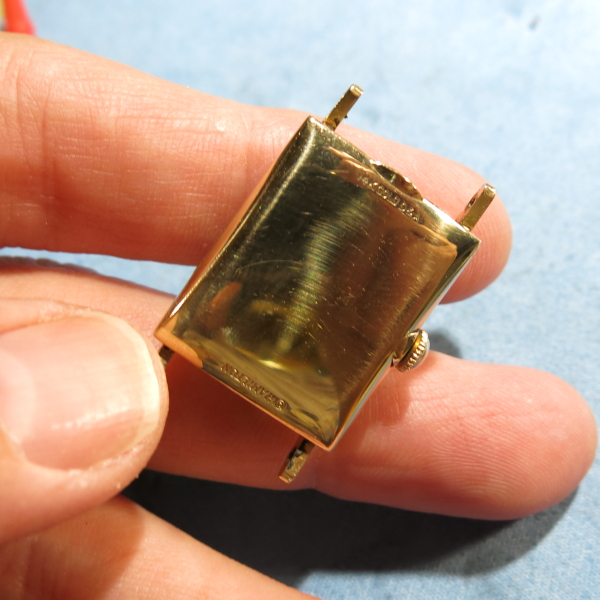 One thing that isn't readily apparent with the bezel in place is the dial has a golden band going across the top and bottom.  The pattern on the dial looks like a screen to my eye.  It's an interesting look but I'd hate to have to get it refinished. 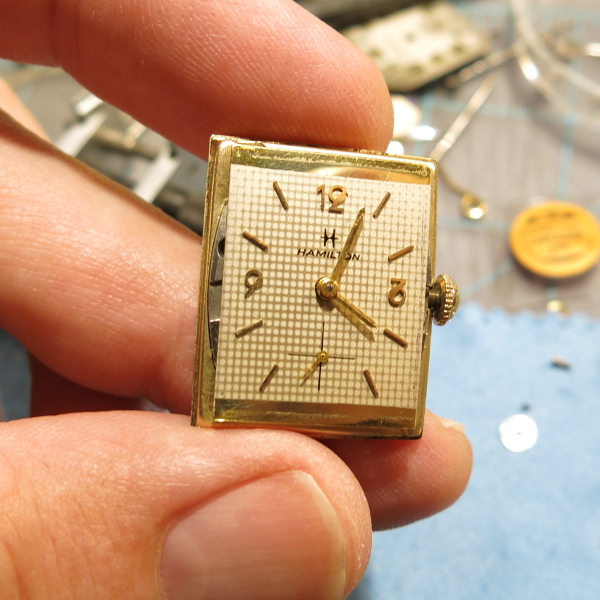 The 770 movement is in great shape, it's a little dirty but nothing too distracting. 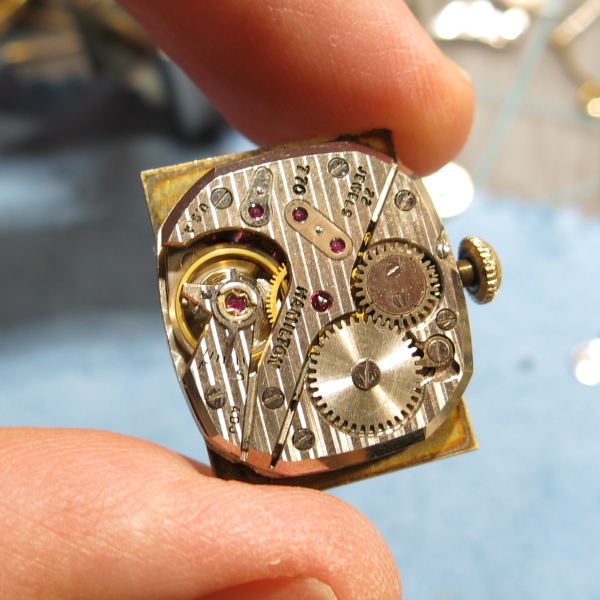 The case back has a couple of service marks inside from past trips to a watchmaker. 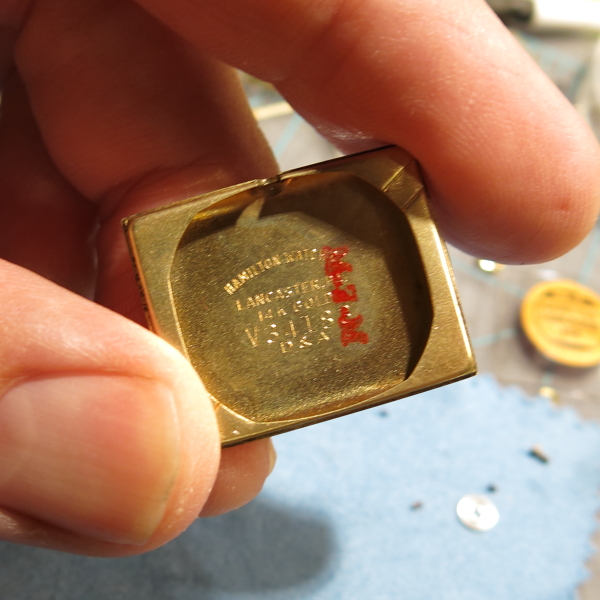 The 12/0 and 14/0 sized grades actually have two different length cannon pinion and hour wheel setups.  So if you needed to replace a cannon pinion, you'd need to know which version.  The Huntley has the longer version as it uses a spacer plate under the dial - that's usually a good clue which length is involved. 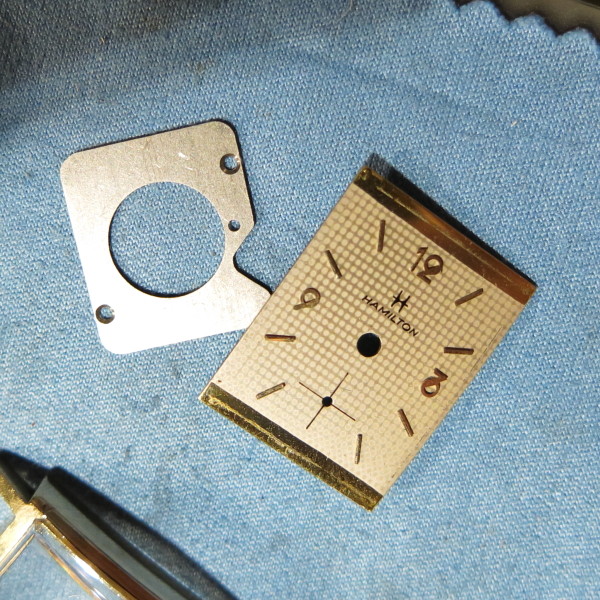 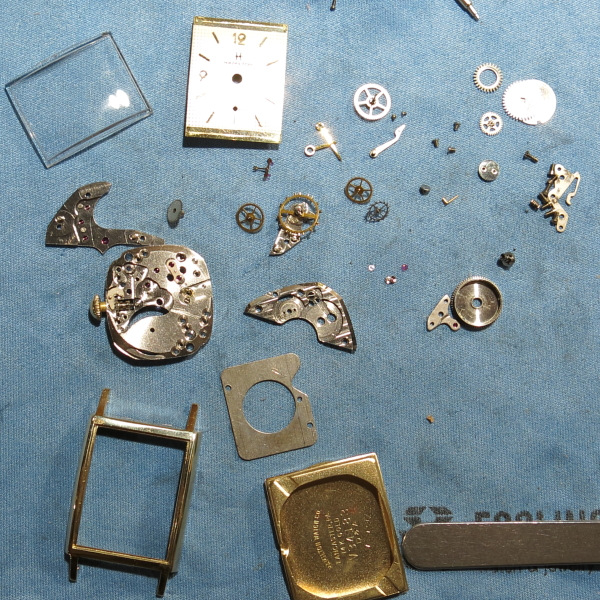 The movement is now back together and ticking away nicely.  If you haven't already seen them, I have step-by-step views of how to take apart or reassemble the various movement types posted in the "overhaul examples" page in the menu on the right side of the screen. 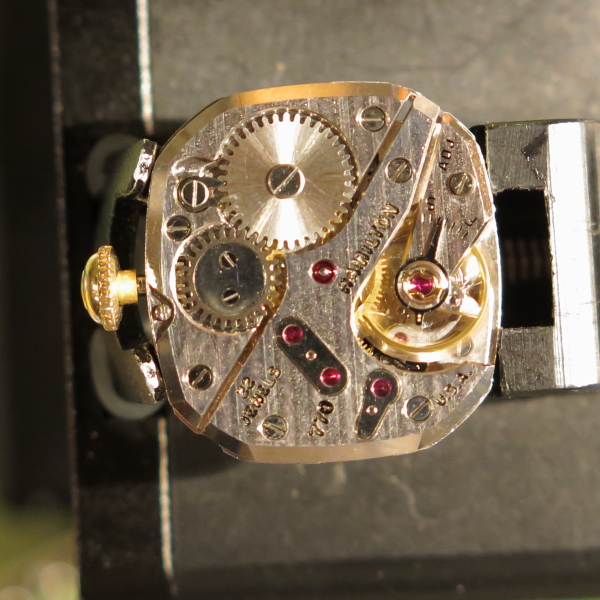 Hmmm... the watch is running fast, even if I move the regulator to full slow.  Something is not right. 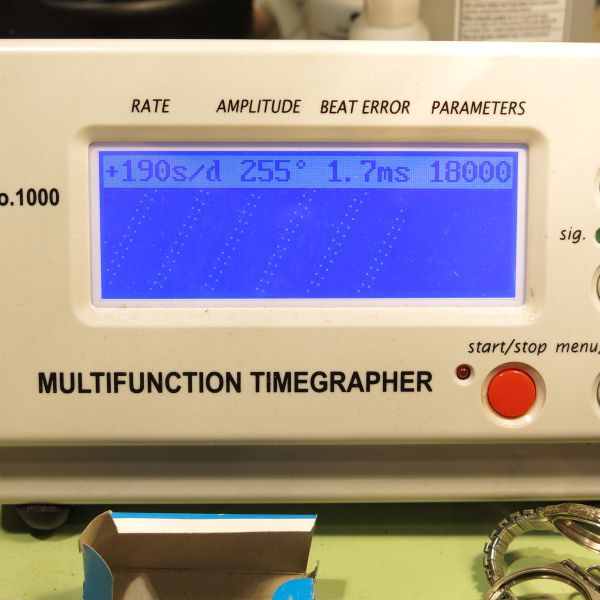 If you look really closely, you might be able to see that the hairspring is not inside the two prongs of the regulator pins.  It's inside the inner pin and that's making the watch run fast.  I'll have to gently coax it into the proper position. 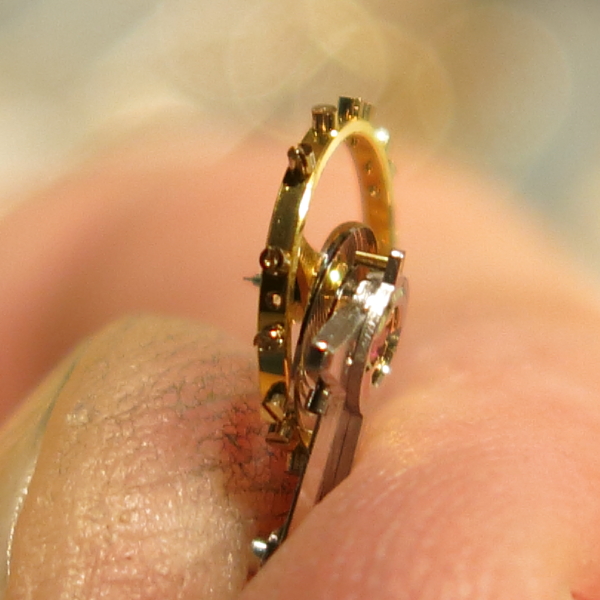 Ah... much better.  The beat error is on the higher side of acceptable.  It's not easy to adjust and could result in goofing up the balance so I'll leave it as it.  The watch might stop a little sooner as it winds down than if the beat error was lower... but that's about the extent of the issue and it's pretty minor. 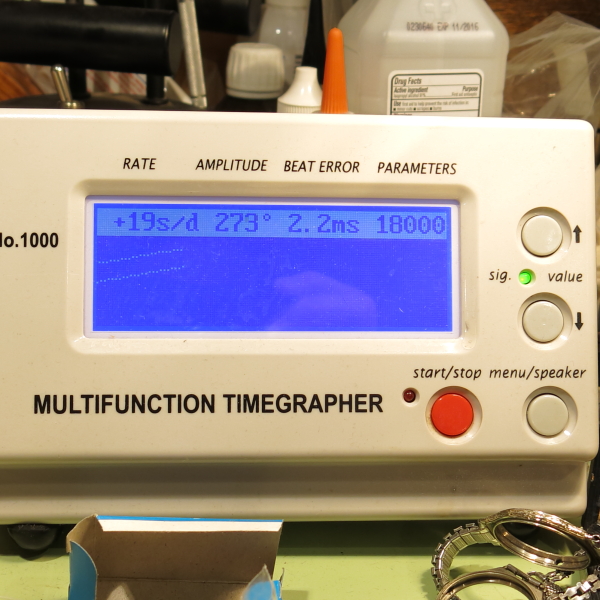 Well, now the inside of the watch is running as nicely as the outside looks.  I like the looks of the Huntley with the patterned dial... it's interesting and a little unusual. 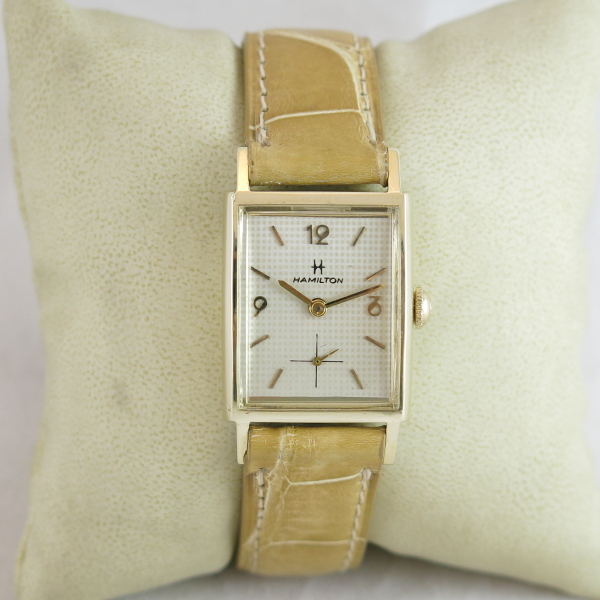