Hamilton's model years were like automobiles... the next years models typically showed up toward the end of the prior year.  So in 1956 there were a lot of B models where the the 770 replaced the 747.  When a model got a new movement that wasn't the same shape as the prior movement, it became a B model.  So 1956 has a lot of B models.  One of them was the Halesworth B.

The original Halesworth was introduced in 1955 and produced for single year.  It has a 17 jewel 747 movement inside. 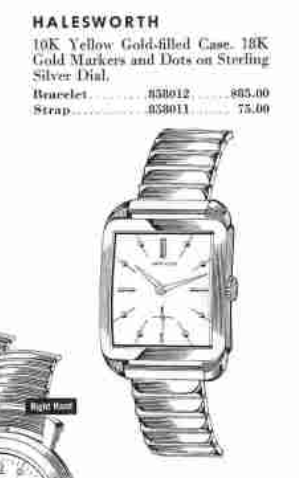 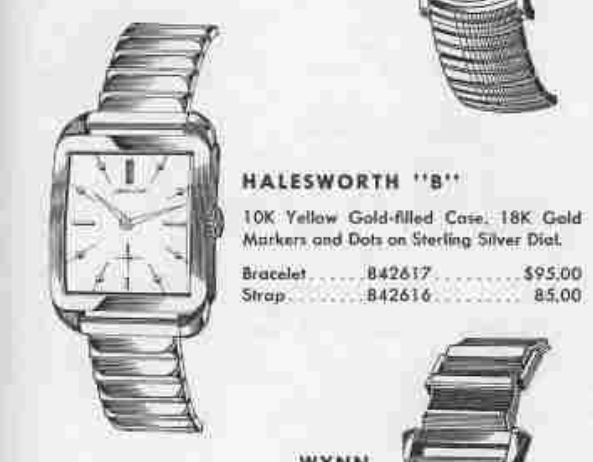 The Halesworth has a 10K yellow gold filled case with a butler finished sterling silver dial.  The dial features solid 18K gold markers and dots.  If you find a round 8/0 sized movement inside, its a Halesworth.  If it has the squarish-shaped 770 inside, it's a Halesworth B.  Although the dials look identical, the dial feet are not in the same places so the dials are not interchangeable.

I don't think you tend to see Halesworth models very often.  I happened upon one recently and it was the first one I've ever seen.  As received, it was in decent enough shape and looked like it would be a good project watch candidate.  Only the crown seemed out of place. 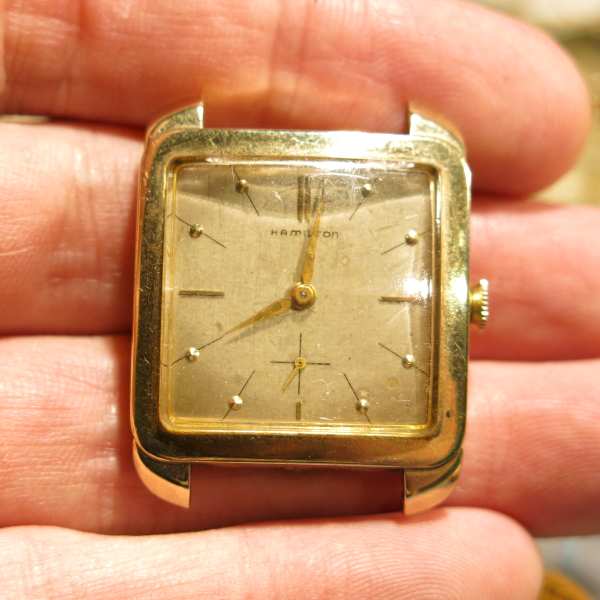 The 10K gold filled case back is substantial.  In fact, the watch is really large by vintage watch standards. 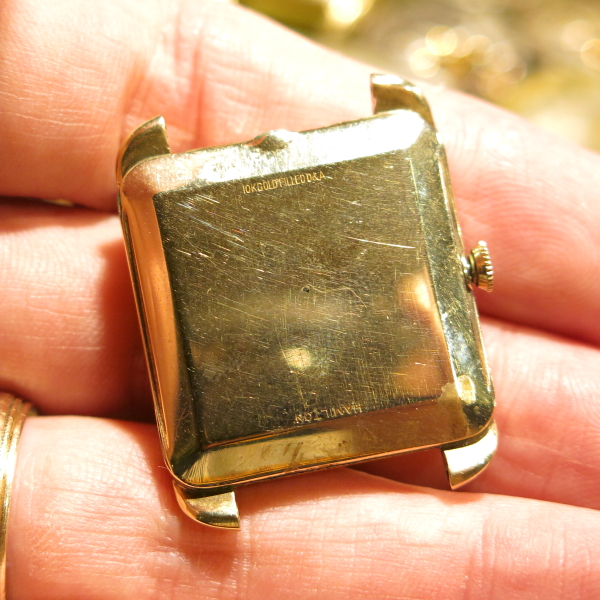 I'm not really sure if this crown is an Omega crown or a Coach crown... one thing is for sure, it's not a Hamilton crown. 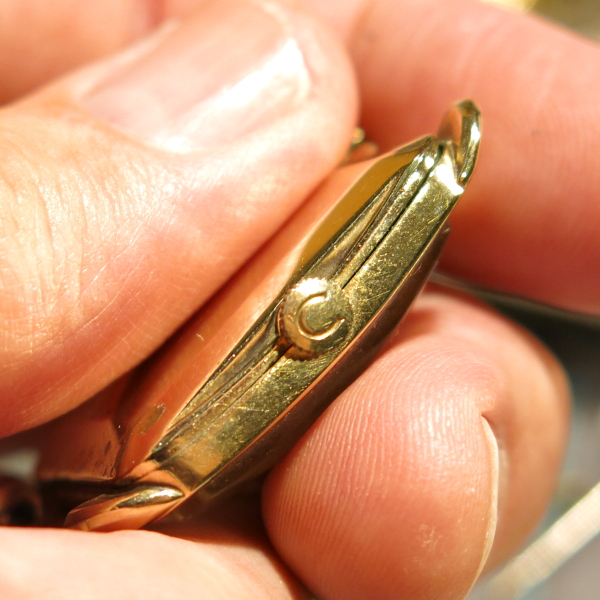 The 770 is in good shape but way overdue for a cleaning.  I think this watch was on the wrist of a barber - as it was full of what appeared to be hair clippings... yuck. 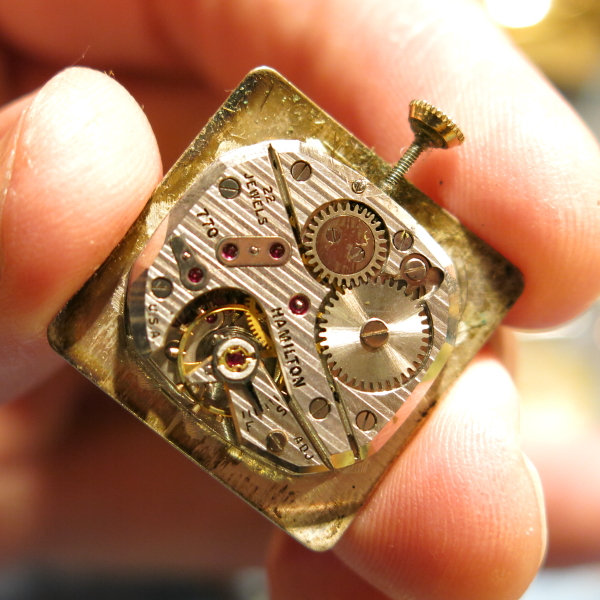 You can tell from the outline of the movement that this case is way larger than the movement.  The case back is clearly marked Halesworth B.  It's equally clear that it's been to a watchmaker at least once in the last 60 years based on the service mark inside. 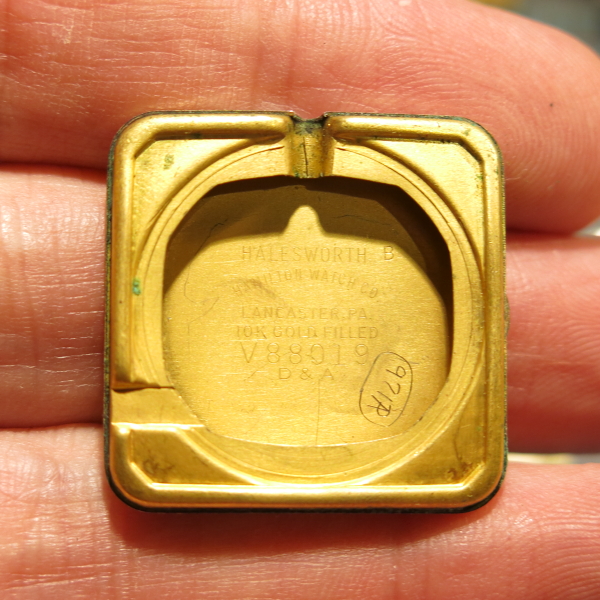 While everything is being cleaned I'll prep a new glass crystal for installation.  I use UV glue for glass crystals and it's a nice bright and sunny day today - so it's a good day for gluing in crystals. 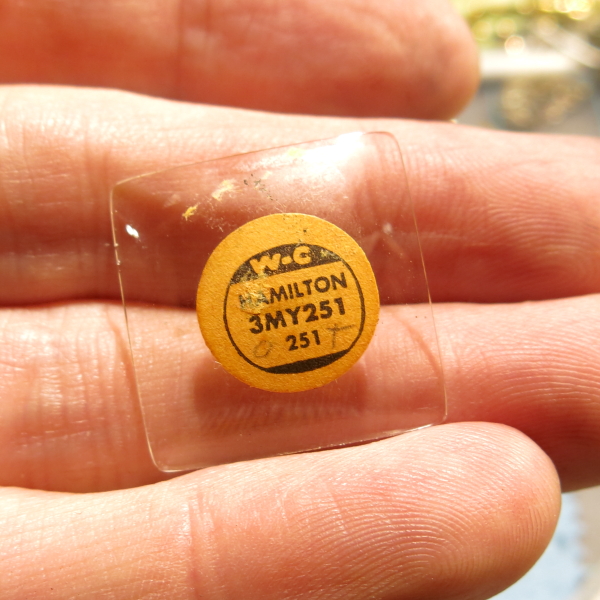 All the parts are cleaned and dried, time for reassembly. 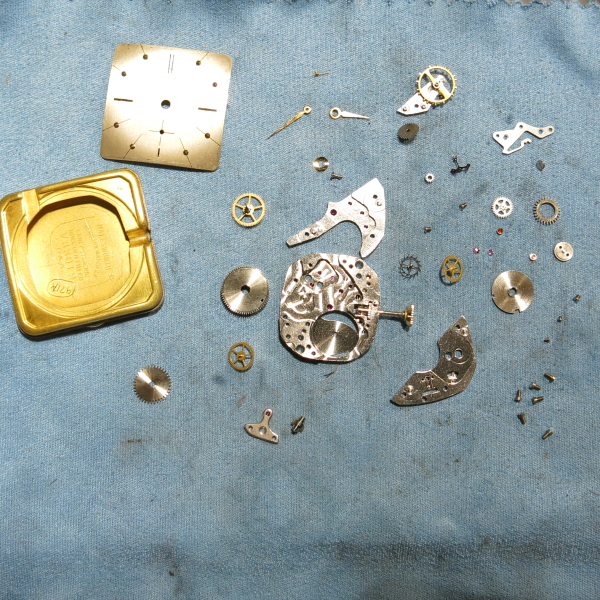 The movement is reassembled and ticking away nicely, it's off to the timer. 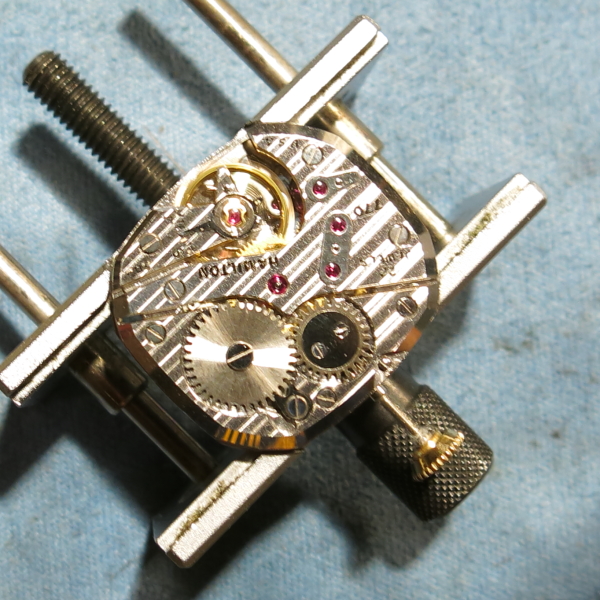 Nothing too shabby with this performance. 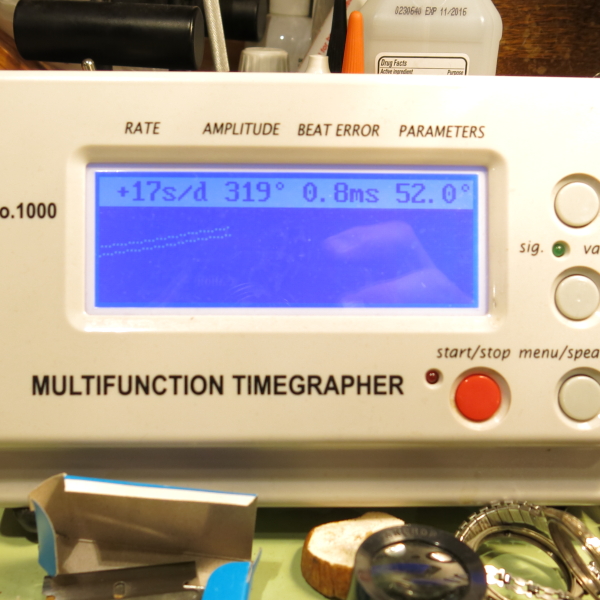 This project watch turned out great.  The lug width is 19mm so my largest 18mm strap is just barely wide enough.  I'll need to get a better replacement for it. 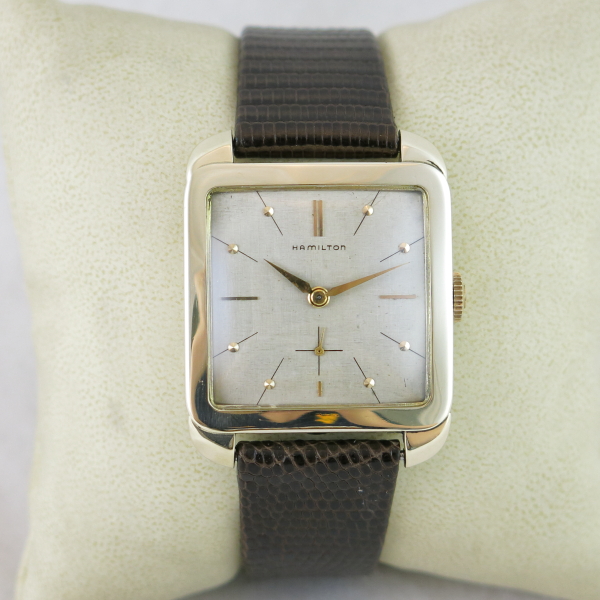 It looks a lot better with a Hamilton crown too! 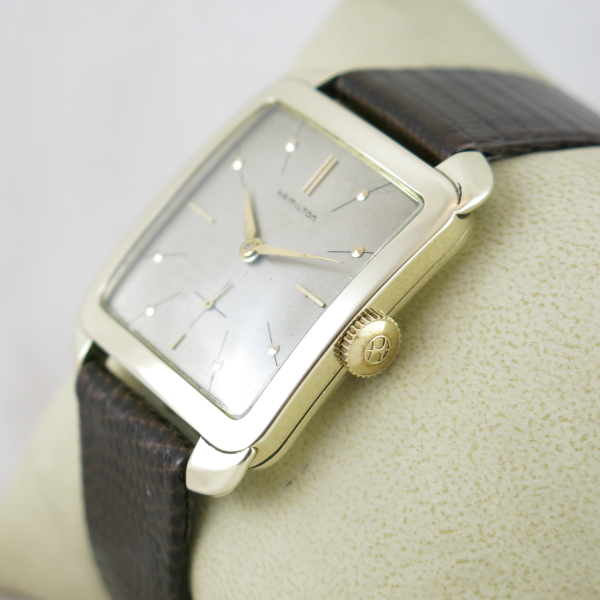