I have found that most of the time when a watch isn't running, there's a good chance that all it needs is a good cleaning.  That's certainly true for watches made after 1950, anyway.

I recently purchased a Accumatic A-510 project watch.  It wasn't running but would occasionally limp along, so I figured all it needed was an overhaul.  The A-510 was introduced in 1968 and made for two years. 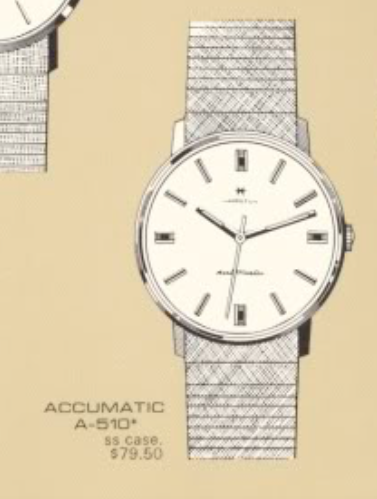 My project watch has a dull haze thanks to the scuffed up crystal.  Just changing that out will make a huge difference. 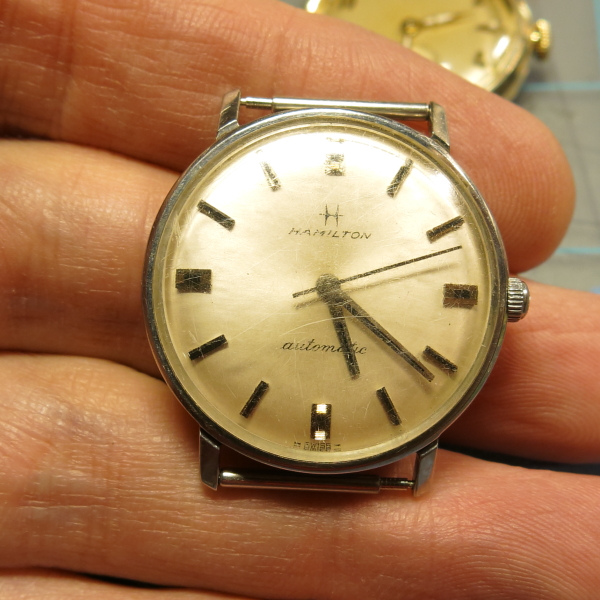 Stainless steel cases can take a lot of abuse and this one looks fine.  It's a one-piece design and opens through the crystal. 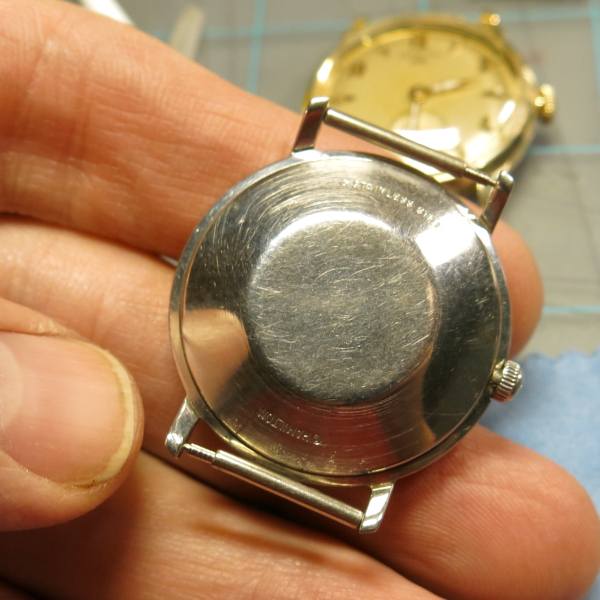 There's a 17 jewel 689A automatic movement inside.  There is no rust so this looks promising. 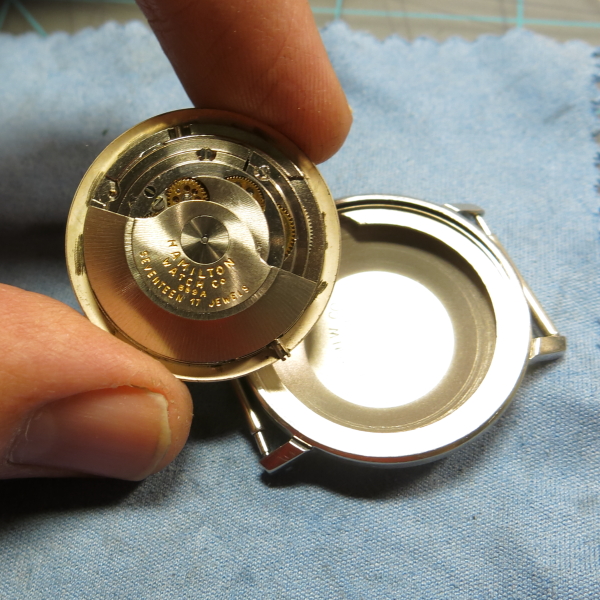 Here's a funny bit of trivia... notice the lower number ends with 65.  That would indicate that this watch is from 1965 but it didn't show up in the catalogs until 1968.  Maybe it uses the same case as another model?  Could be. 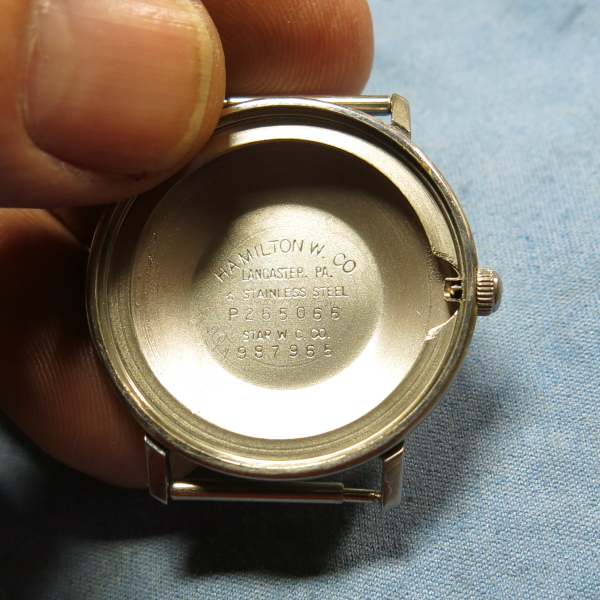 With the rotor assembly removed you can see that this movement looks a lot like the 822 that I just did the other day. 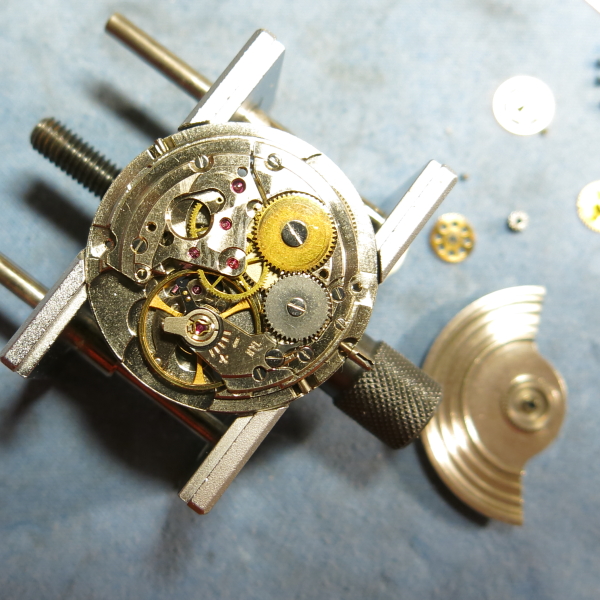 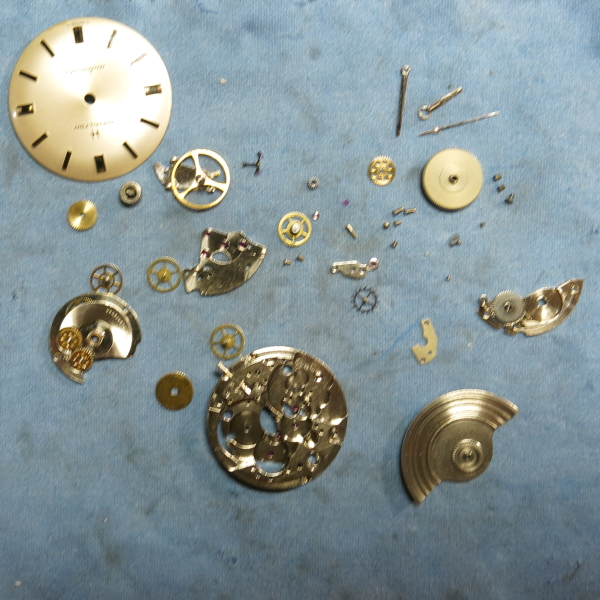 The watch would run fine dial up but only limp along dial down... I took a close look at the balance assembly.  Notice anything unusual?  It's missing the lower pivot.  This balance is toast.  Although it's possible to change the balance staff, the glucydur balance is poised at the factory and it really can't be repoised by hand.  I'll have to install a balance from a parts watch. 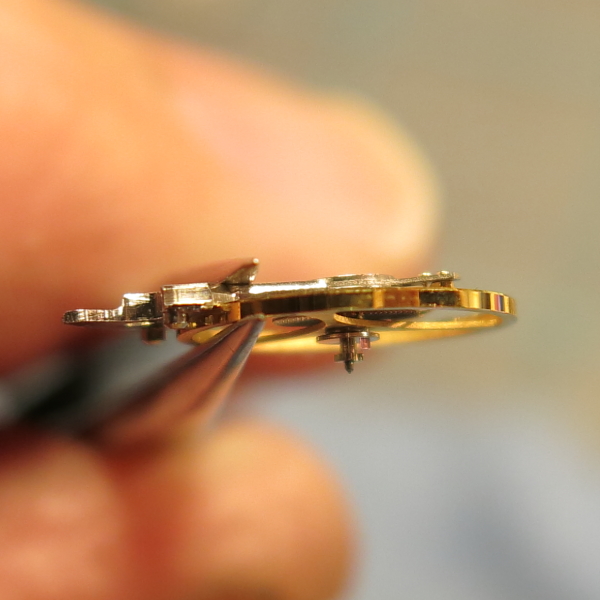 With a replacement balance the watch is now running nicely in all positions.  Now it's off to the timer. 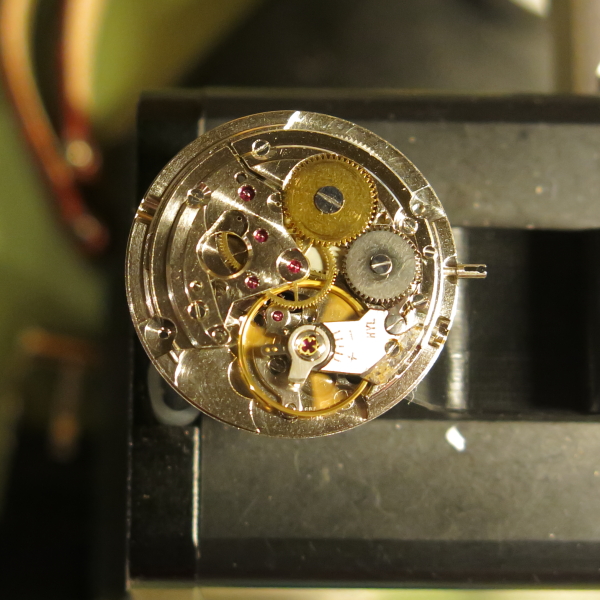 It's running just a smidgen slow but nothing a slight tweak to the regulator won't fix. 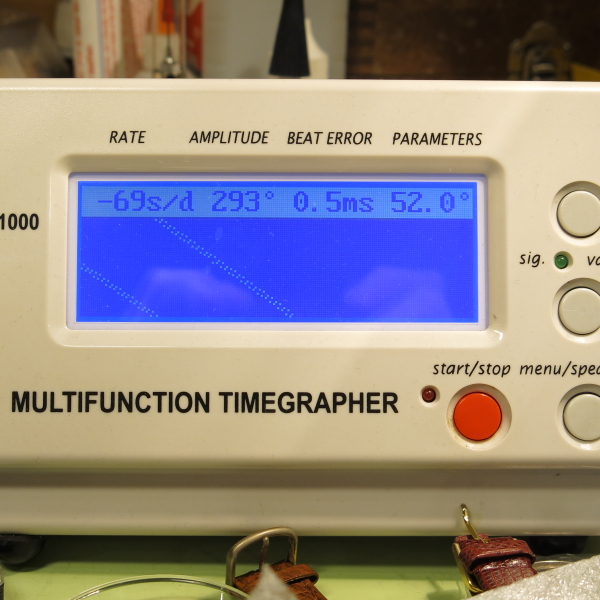 There... the two lines are now almost horizontal.  This watch is back to working order. 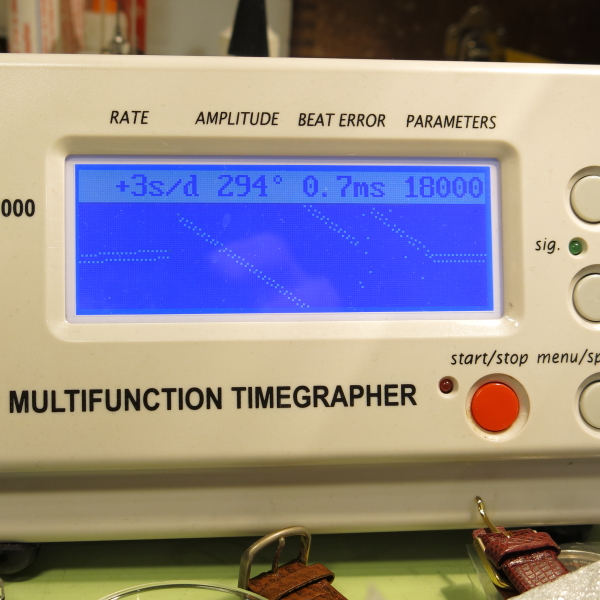 A new 30.6mm crystal will complete the restoration. 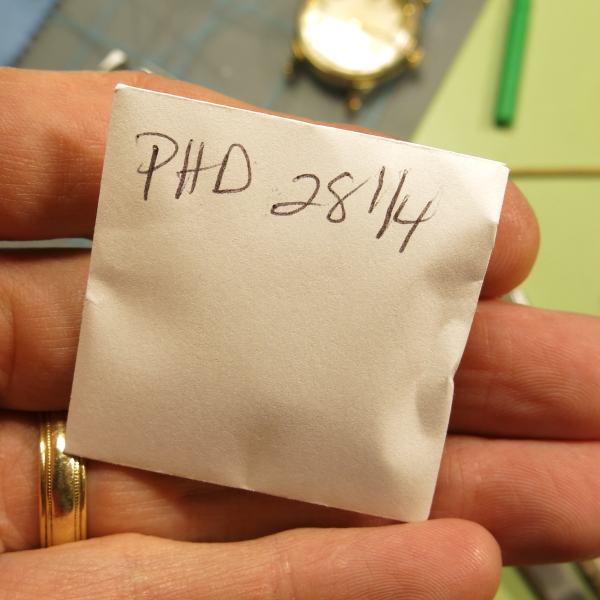 With a  fresh crystal and a new alligator strap installed, this watch now looks new.  Quite a transformation, no? 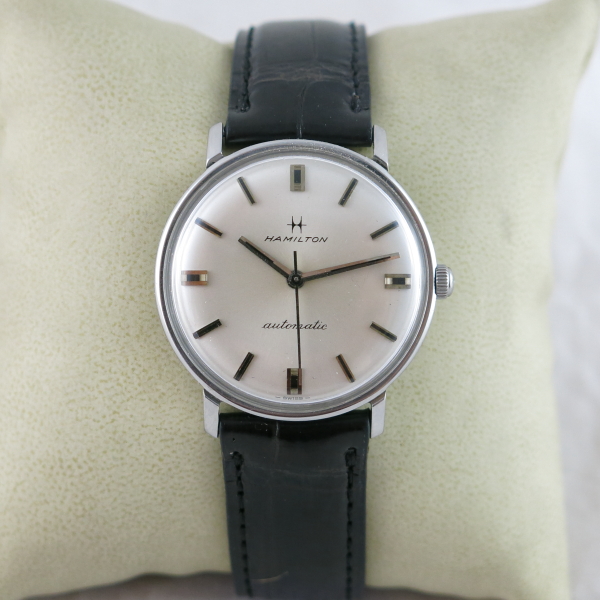 One of my watch buddies gave me a tip on the correct Kreisler bracelet for sale and I was able to snag it. 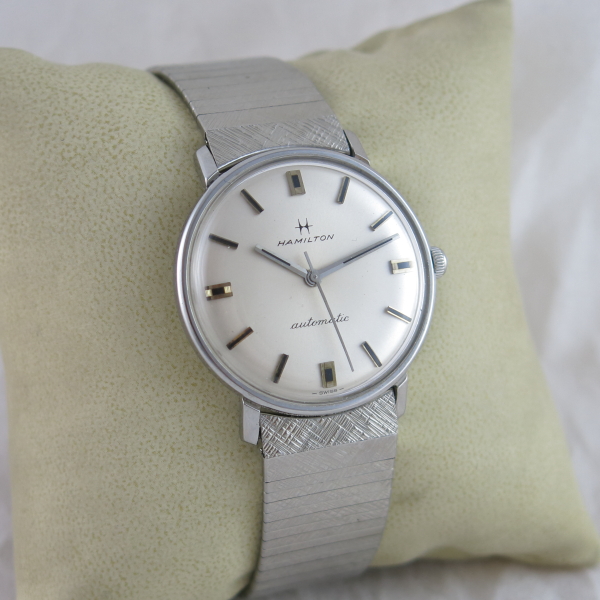