It's been a while since I've done a one-year wonder.  There aren't that many of them, I suppose.  Plus, I've done most of the more common models by now.

So I was happy to recently land a 1955 Pelham.  It's not the first one I've had but I realized I never put one on the blog.

The Pelham is not a particularly unique looking watch.  I guess that's one reason why it was a one-year wonder and only produced in 1955.  It kind of looks like lots of other 1950's models.  It came in a 10K yellow gold filled case and featured solid 18K gold numerals and markers on a sterling silver dial. 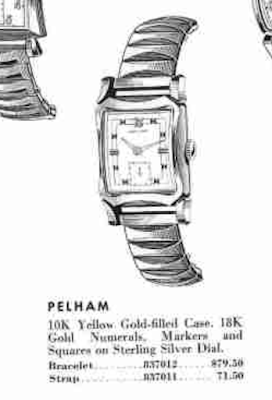 Since the Pelham was produced in 1955 and the same year the "new" 12/0 sized 770 movement was introduced, the catalog makes no mention of the movement inside the watch.  Early examples will have the 19 jewel 753 movement and later probably will have a 22 jewel 770 movement.

My project watch is a decent example and my only observation is the crystal is cracked.  Other than that, it looks great. 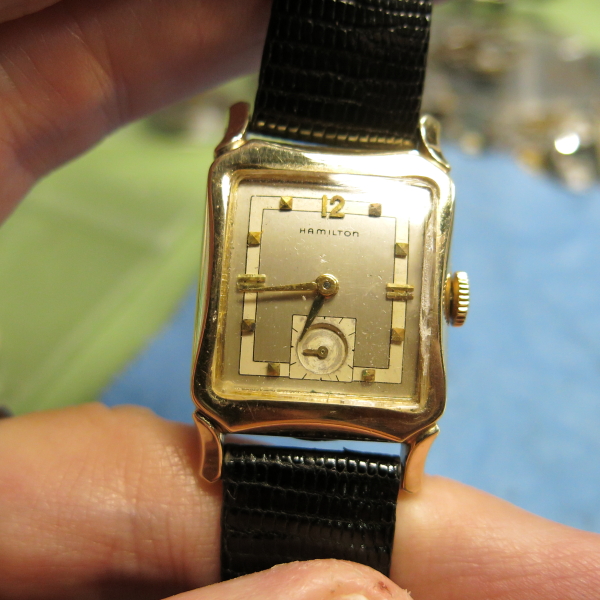 The gold filled case back has a small amount of pitting but otherwise it's unremarkable. 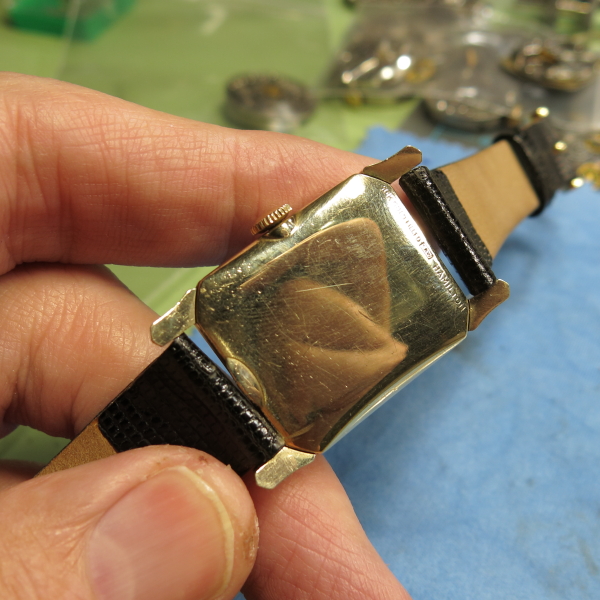 Without the bezel and crystal blocking the view you can see the two-tone dial appears to be original and looks great.  I'll remove the dust and whatnot, while the movement is in the ultrasonic. 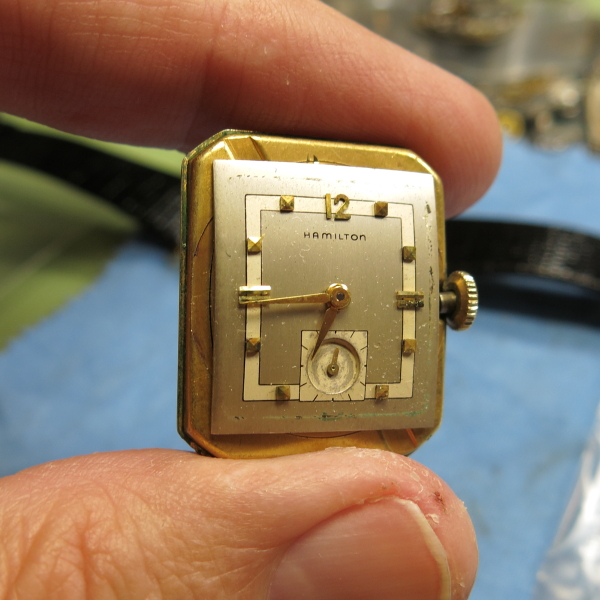 This example has the 19 jewel 753 movement.  It shares most parts with the 770 movement but it's not shock jeweled and it's missing three cap jewels. 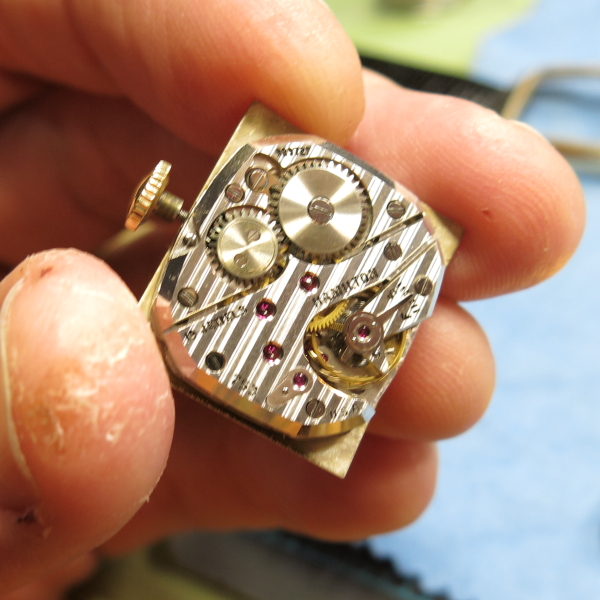 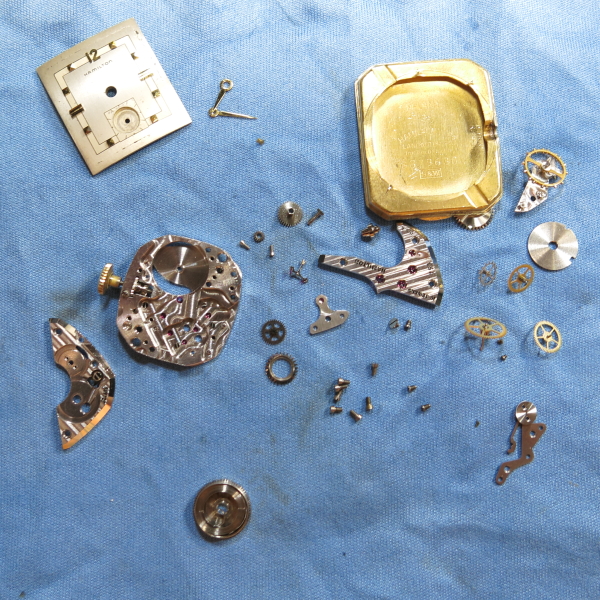 A new glass cylinder crystal will be a nice improvement. Glass crystals are held in place with UV glue so I will install it in the bezel and put it in sunshine while I reassemble the movement. 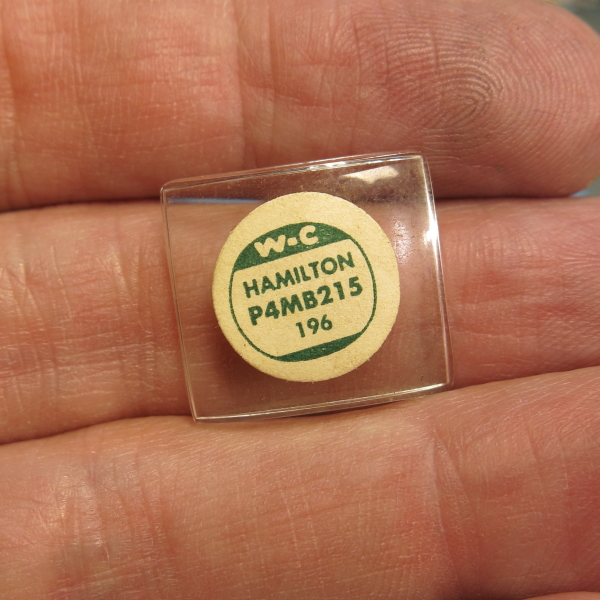 Okay - the balance is ticking away with good motion.  Now it's off to the timer. 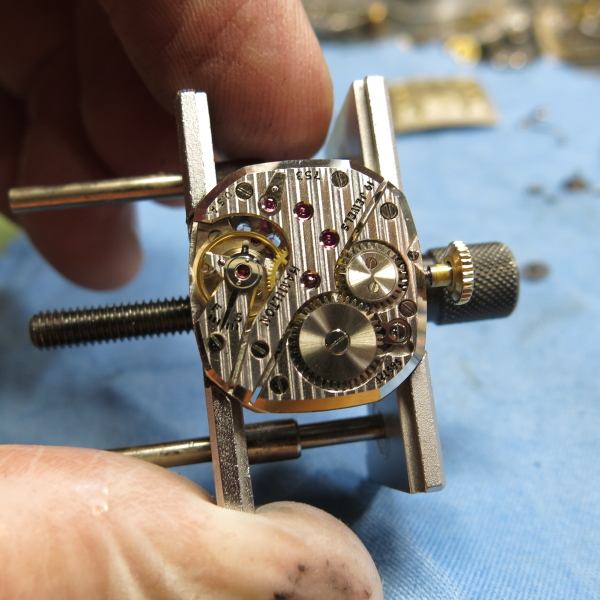 Well, not too bad really.  A quick tweak of the regulator will slow it down.  The beat error is within my specs but I'm torn about reducing it.  I was recently looking at some of my older posts from 2013 or older and I noticed I sometimes had beat error of 6+ ms.  My normal cut off is 3.0ms on movements where the hair spring stud is fixed but I think I'll see what I can do to reduce it further than 2.2ms. 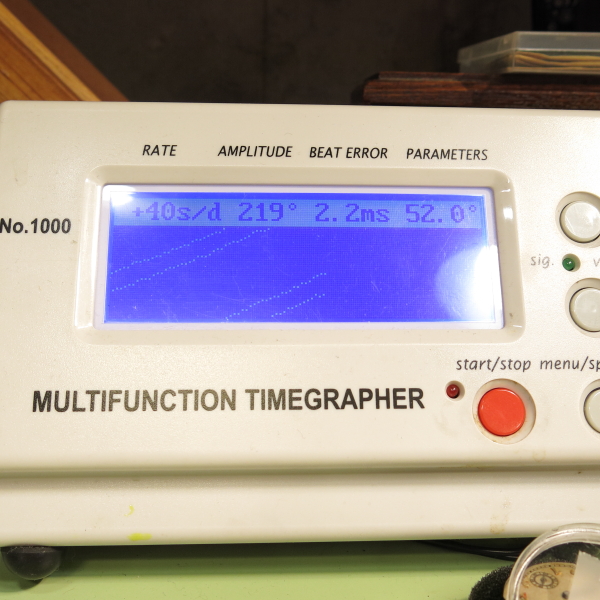 Phew!  I didn't take photos but I should have.  In order to reduce the beat error you need to remove the balance from the balance cock, then rotate the hairspring collet on the balance staff in whatever you think the correct direction is.  It's a great opportunity to screw up the hairspring and somehow during my attempts I ended up with a hairspring that was off center.

So, an hour and a half later I wound up with the following results... not too shabby. 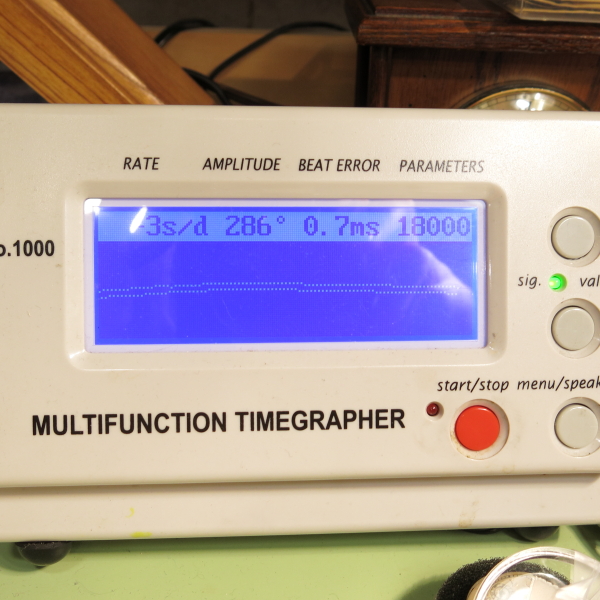 The finished watch looks fantastic now that it has a new crystal and it runs as great as it looks. 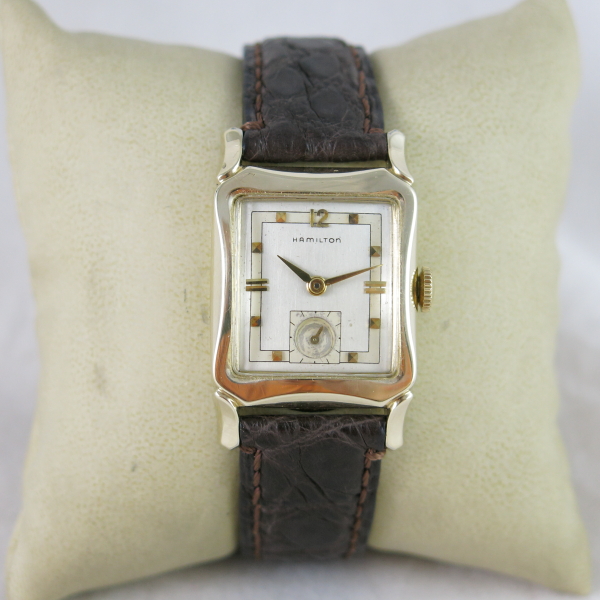