Hamilton had a few different strategies for naming models.  Initially their marketers were rather unsophisticated and just named models after their shape... Barrel, Square, Cushion, etc.

There was a special line called the Explorer series that were named for famous work explorers.

Eventually a trend was started where men's models received mens' names and ladies models received womens' names.  There are different theories about how models were named but the one I personally suspect is they were named for noteworthy employees or friends of the Hamilton Watch Co leadership.  This might be the case since some models sound more like surnames than first names.

Of course, I don't know if that's true and I think it's very odd that some fairly common names were not used... like Joseph, Matthew, David or, may favorite, Daniel.  Go figure.

Some names you've probably heard of but might not actually know anyone with that name.  I think a good example of that phenomena is the 1959 Sloane.  The model was produced for three years. 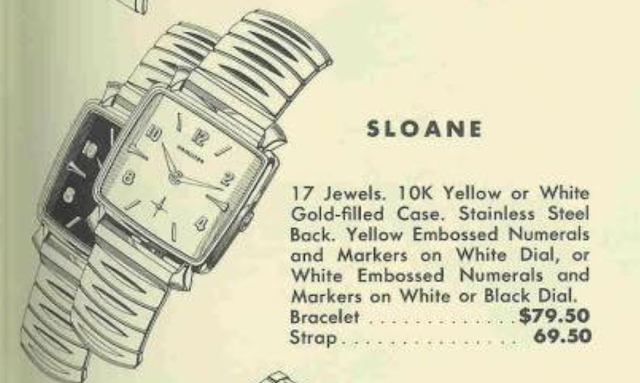 The only Sloane that I can recall is Ferris Bueller's girlfriend, Sloane Peterson.  Remember her?  You might also recall Ferris's best friend, Cameron - another Hamilton model (in fact, two).  It's interesting that both names, Sloane and Cameron, are male & female names.

The Hamilton Sloane was a mid-grade model in the line up and one of the least expensive models with a Lancaster-made movement.  It was offered with a yellow or white gold filled case and with black or white dials.  So there are four varieties out there, if you're a Sloane-fan.

Some of the cost-cutting aspects of the model are it has a stainless steel back and an embossed dial with yellow or silver colored markers - they are not solid gold applied markers like traditionally used on US-made models.

Despite those entry-level attributes, the Sloane is still a very high quality watch and features a 17 jewel shock protected 730 movement.

I like the looks of the Sloane and although it's not very big, it presents to be larger than it is.  That's probably partly due to the wide rectangular TV-shaped bezel and the textured pattern on the on the right & left sides of the dial.

My project watch looks pretty good, except for the crack in the crystal. 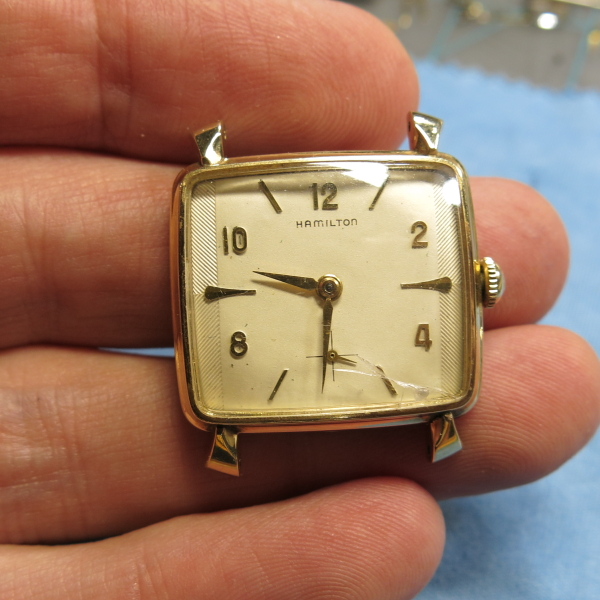 This watch was a serviced award for a Reading Gas employee for 25 years of service in 1962. 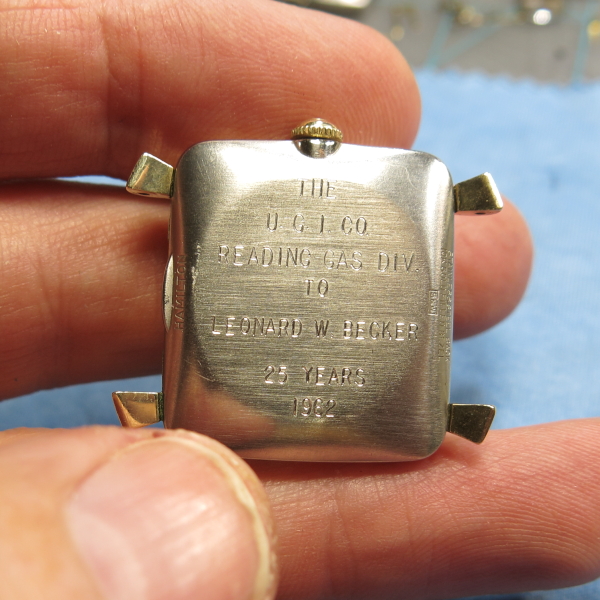 Without the bezel and crystal blocking the view, you can see the dial appears to be original and in great shape. 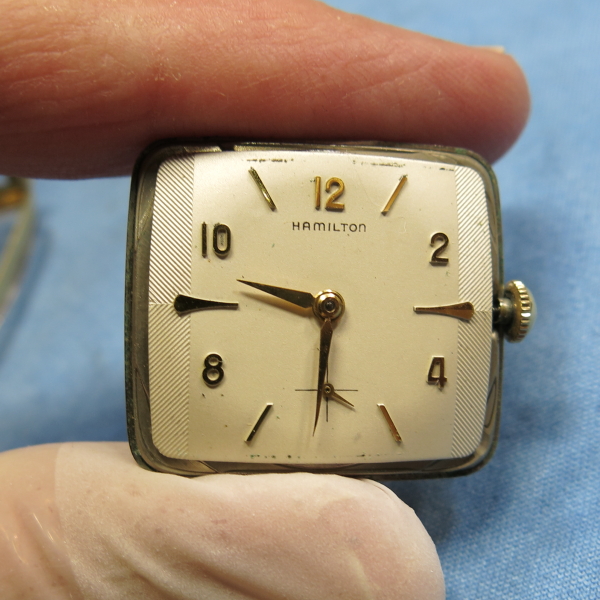 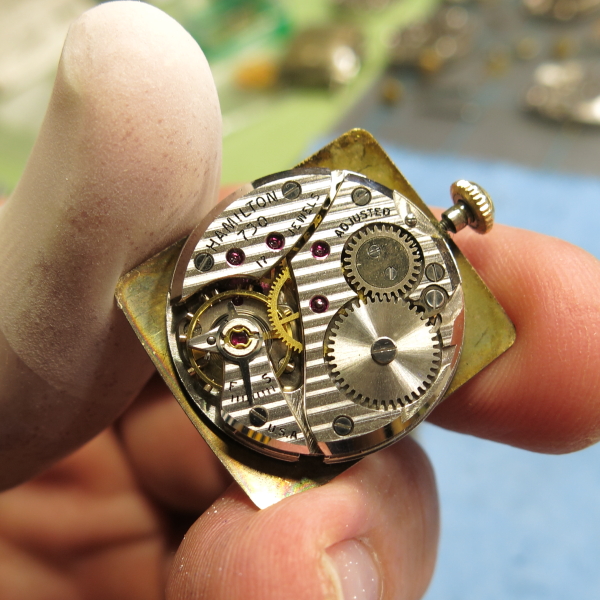 While all the parts are in the cleaner I will prep a new glass crystal for installation. 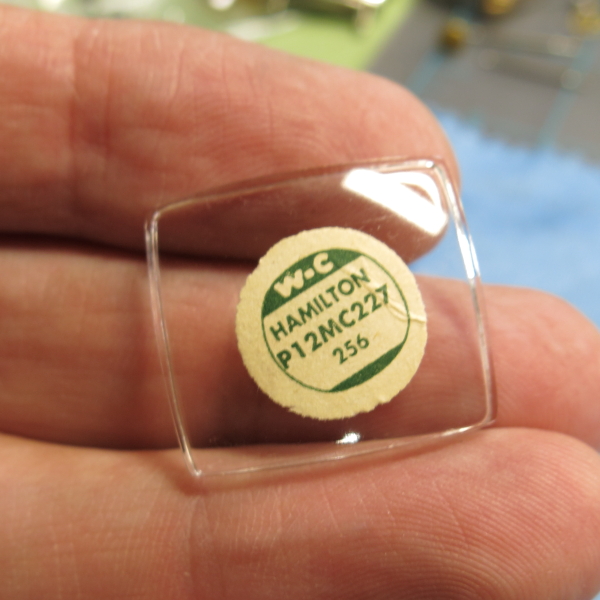 Everything is cleaned and dried.  Now it's time to reassemble the movement with fresh lubricants. 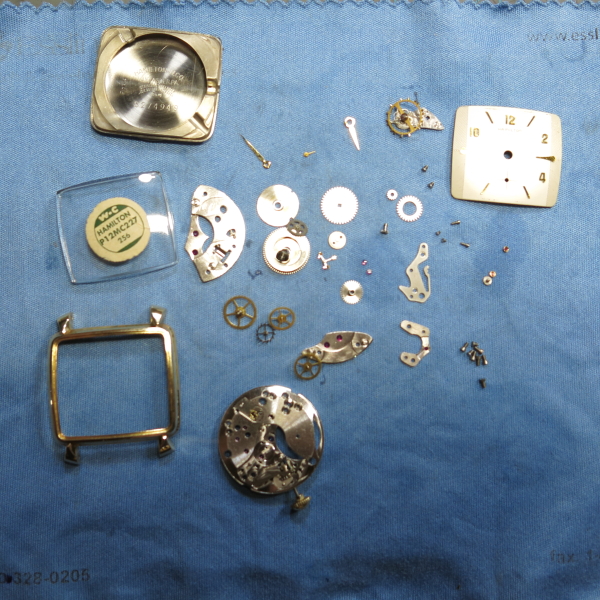 Glass crystals are best installed with UV cement and nothing cures UV cement better than a little sunshine. 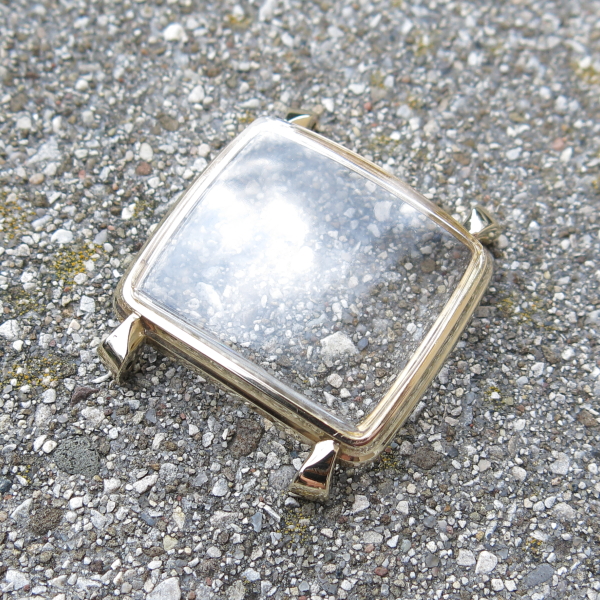 The reassembled movement is ticking away with a good motion... now it's off to the timer to listen to it's ticking. 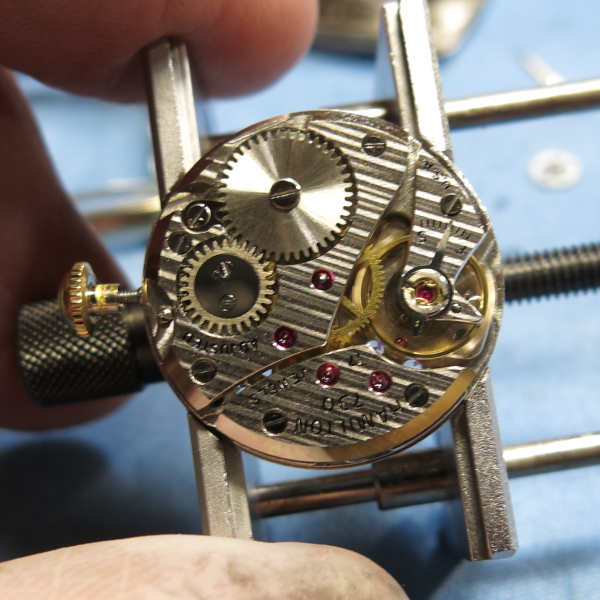 Not too shabby... my only criticism of the Lancaster-made movements is they have fixed hairspring stud locations on the balance cock.  So adjusting the beat error is a little harder than on some of the Swiss-made ebauches' that Hamilton used.  I think 1.4ms is very acceptable for a watch from this era and although I could reduce it, I could also goof it up accidentally.  The extra "juice" from an attempt to improve the beat error really isn't work the extra "squeeze" and the risk of ruining an otherwise excellent hairspring. 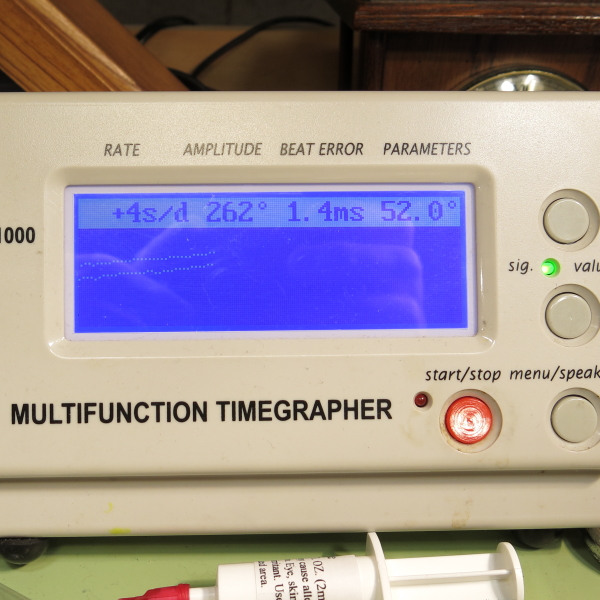 Paired with a genuine alligator strap in a deep tan color, this Sloane now looks as great as it runs.  This is definitely a sharp looking model. 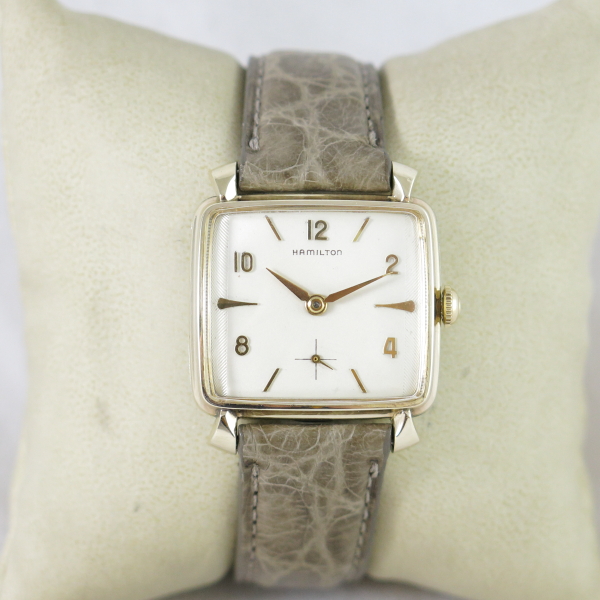