I recently came across a model that I hadn't seen before but once I became aware of it I started to see it more frequently.  It's funny how that happens.

It's a model from 1972, which is easy to identify by the model number on the case back.  Whether it's a non-cataloged US model or a model for a non-US market isn't entirely clear.  It's definitely a legitimate model though.

The model is probably a member of the Dateline family, since it has a calendar complication.  It's a manual wind watch though, and not an automatic.  It has a 10K gold filled case as well.  So maybe it's a Dateline S-4 something.  Since it's not cataloged, it can really only be identified by the numbers on the back - 970172.  The last two digits are the year the watch was introduced.

As you can see in the shot below, the watch is an interesting design.  The bezel opening looks a little like a wide-format TV.  The red second hand is original, it's been a feature on every example I've come across and I've seen about five in the last two months.  As you can see by the size relative to my thumb nail, this is a smallish watch.  However the lug spacing is a general 3/4" or 19mm so it's not a ladies model. 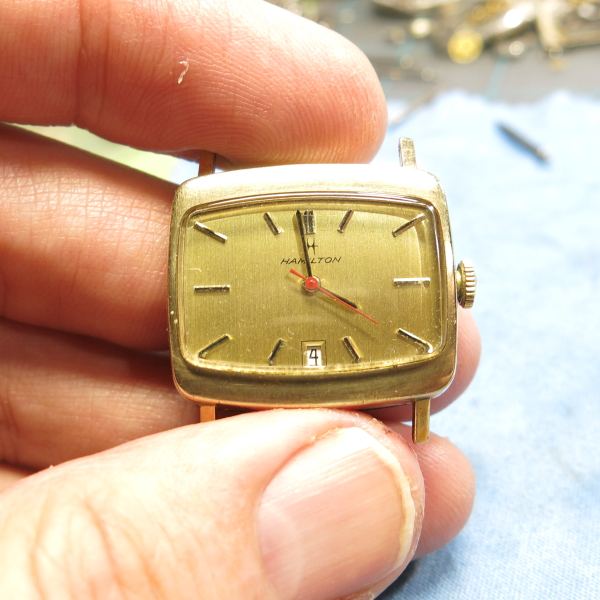 It takes a small moment to fit inside such an oblong watch case.  The number inside the case back is unique to this specific example. 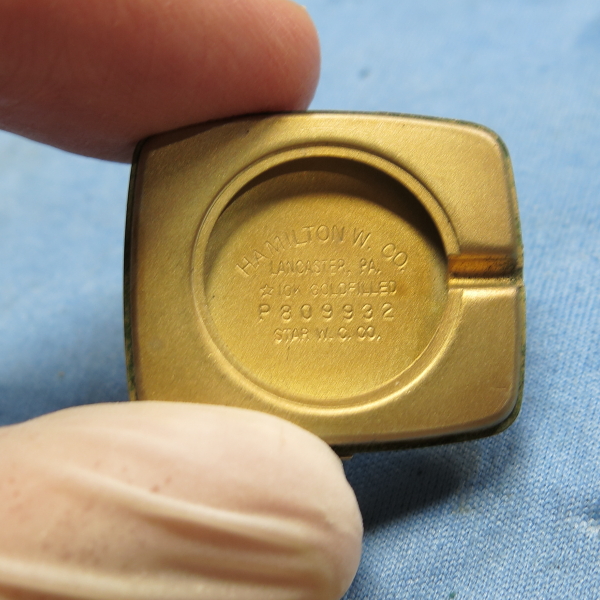 The number on the back is the model number. 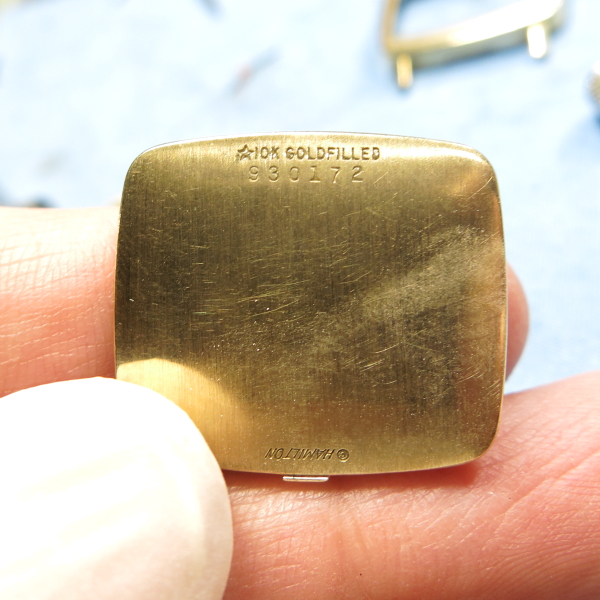 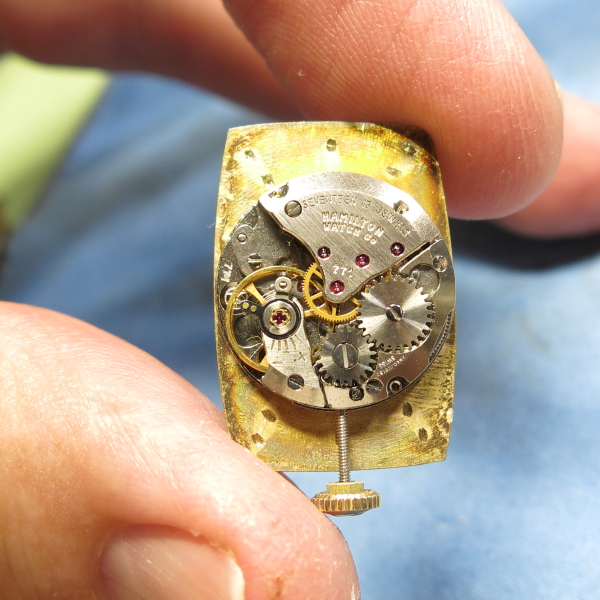 Without the dial blocking the view, the main plate looks identical to the ladies 1971 Dateline LA-5600 that I restored in June this year.  However that was an automatic and this is it's manual winding equivalent.  I learned some important lessons about hidden springs on the LA-5600 so I'll be extra careful on this watch. 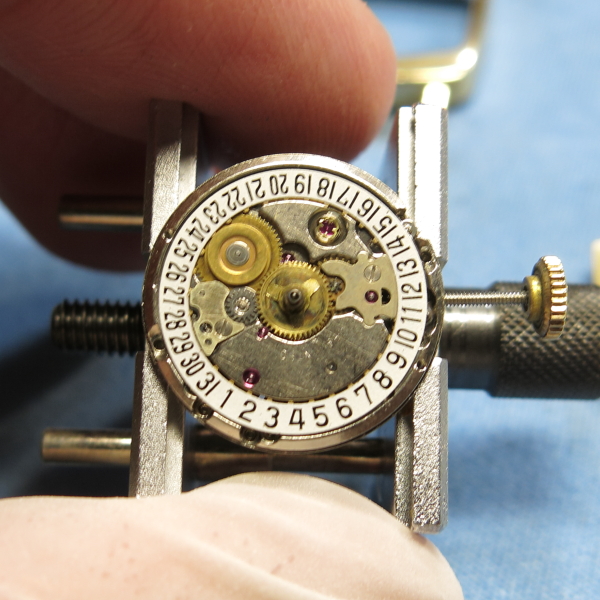 So far so good - all the parts are stripped from the front. 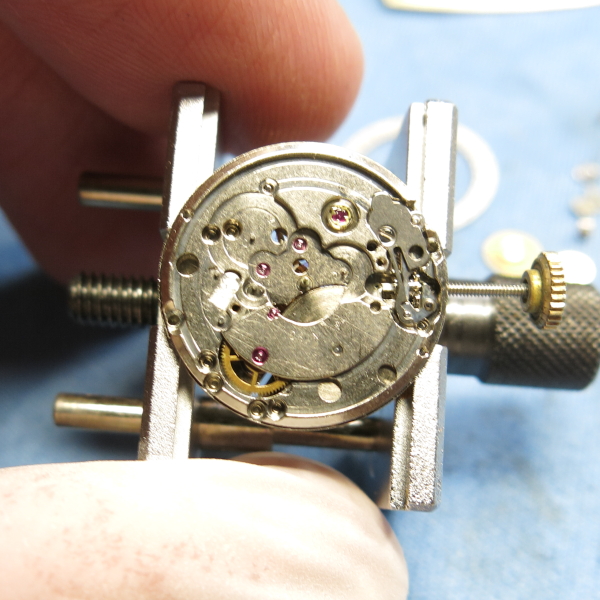 Looking at the back, the watch looks like a miniature version of the 688 movement.  This is obviously an ETA movement, although there are no ETA markings visible yet. 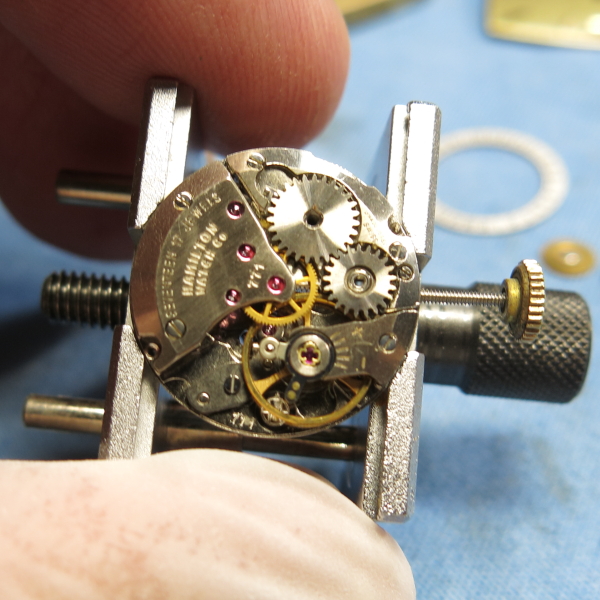 Normally the movement is marked by ETA on the main plate under the balance but that's not the case here.  In fact it's stamped 771 again, just like on the train bridge. 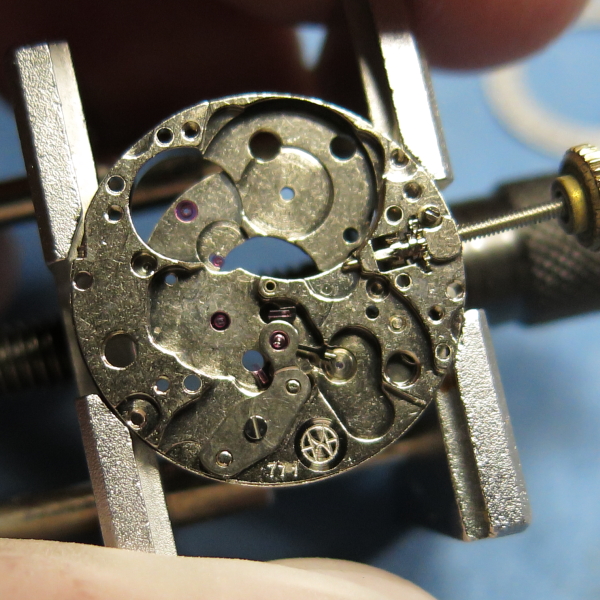 The acrylic crystal on the watch has a small crack so I will replace it with a new one. 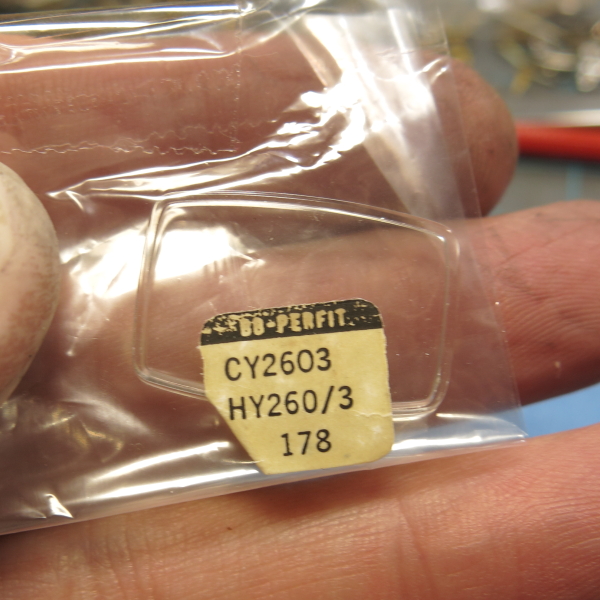 Everything is clean and readied for reassembly. 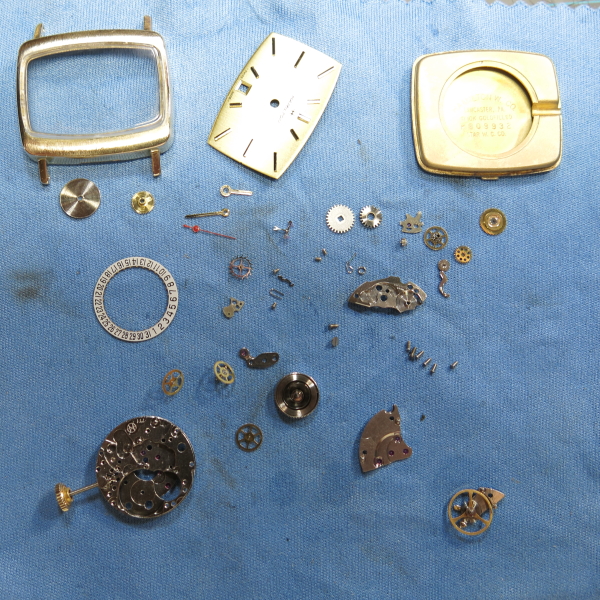 The movement is running with good motion.  I noticed something unusual about this watch that I've never seen before on an ETA movement.  The hairspring coils counter clockwise so the hairspring stud and the regulator are opposite of where they typically are. 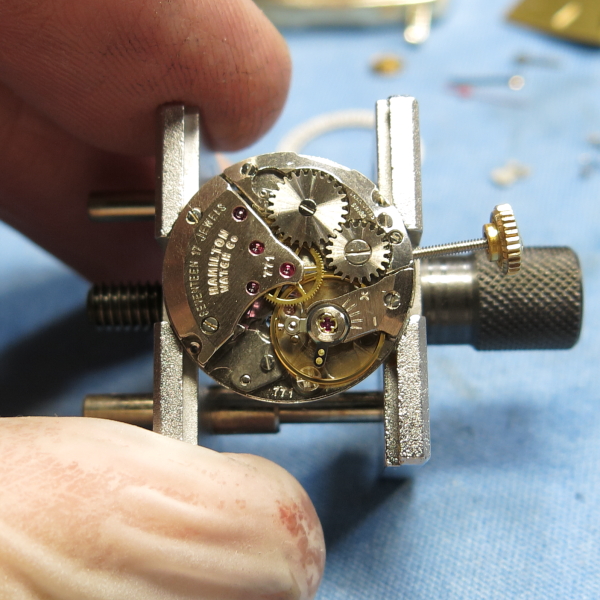 This watch has a slightly faster beat rate at 21,600 beats per hour.  It's running a little fast but I can fix that. 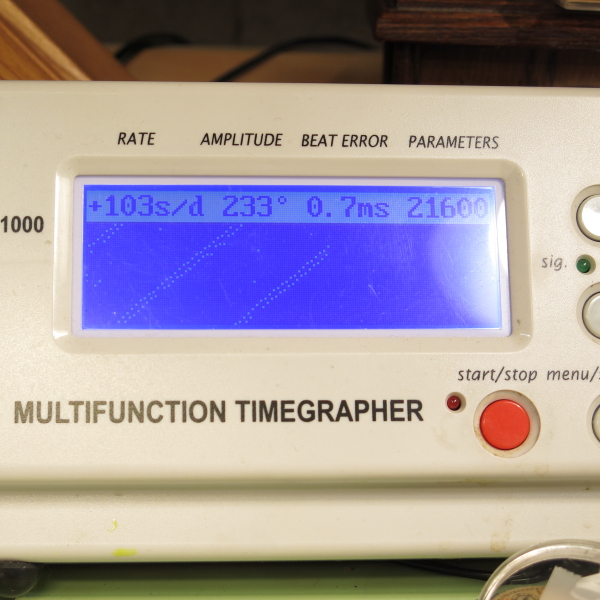 It took me a little while to tune the watch in because I didn't realize the hairspring stud and the regulator were swapped.  I kept moving the one when I meant to move the other and every time I did something I got an odd result.  I thought I stepped into the twilight zone until I realized my error.

Now the timing is right on the money. 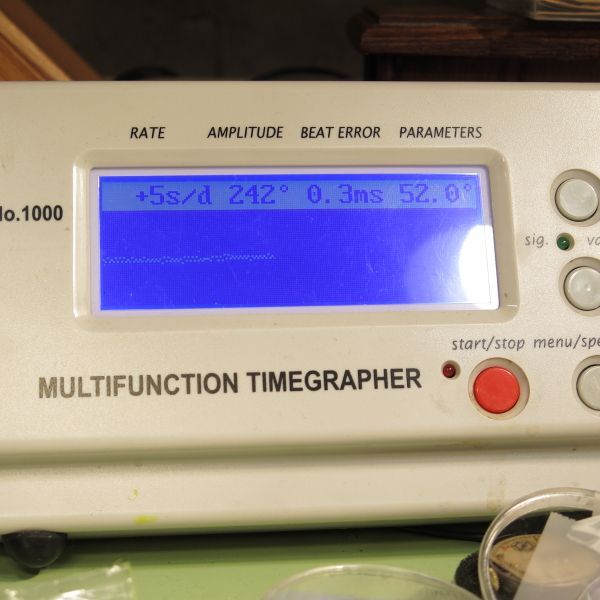 In order to put the tiny spring-loaded parts onto the front of the watch I will move everything into my light tent.  Then if something disappears I will at least know its somewhere inside the tent. 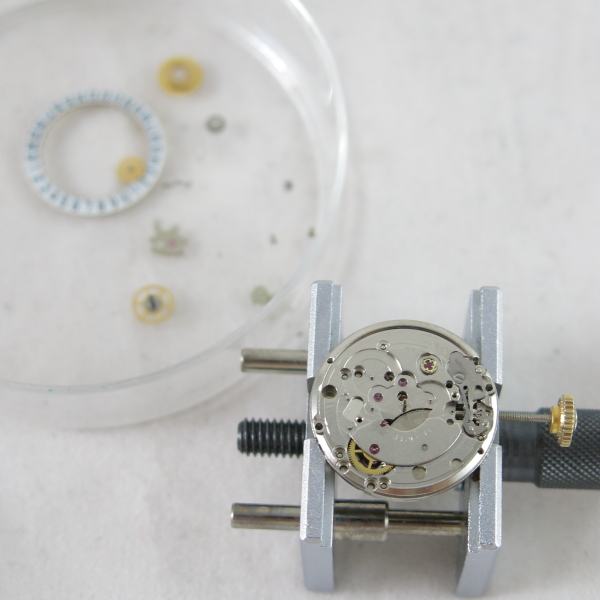 Phew!  Now I just need to put one last bridge one and I can reinstall the dial and hands. 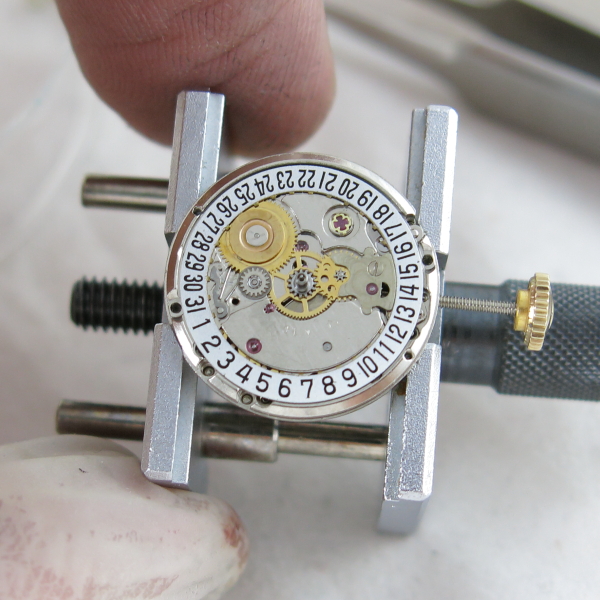 This little watch turned out really nicely.  I reapplied the brush finish to the front of the bezel, although the rest is polished bright.  The new crystal really makes the watch look great. 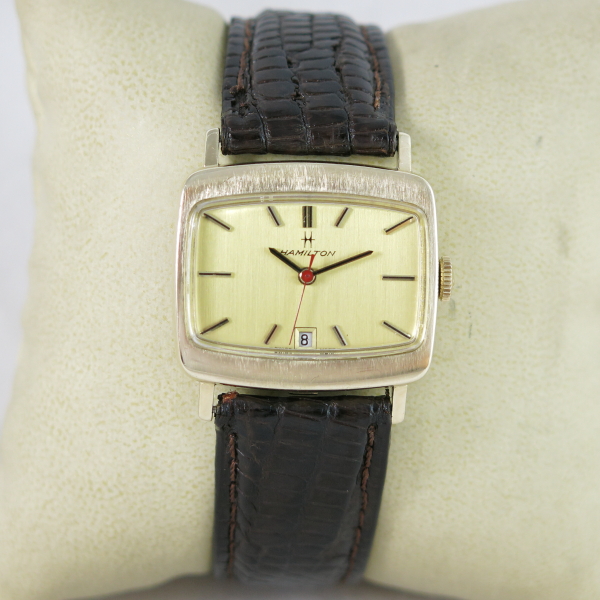