One could acquire an impressive collection of Hamilton watches by just focusing on "one year wonders", or models made for just a single model year.  There are quite a few of them.

The reasons for one year wonders are a mystery but the logical guesses would be either they were unpopular and didn't sell well, the movement inside became obsolete, they were disrupted by something more significant, or they were an experiment with a new material or design.  I suspect there are plenty of examples of all of the above but not being popular probably isn't a bad guess.

A better way of saying "unpopular" might be to simply say unremarkable.  Being unpopular doesn't mean being unliked, it could just mean unknown or otherwise indistinguishable from everything else.

Take for example the 1960 Automatic K-460.  It was made only in 1960.  I wouldn't say that it's an unattractive watch or even unlikable in any way.  However, it does look like a lot of other models so if it wasn't included in the lineup you probably wouldn't miss it.  It came on a strap or on a bracelet and the bracelet was also used by several other models. 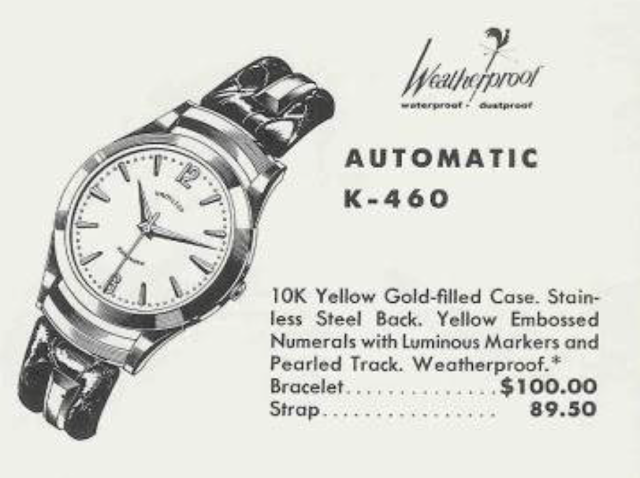 Yes, I think having a K-460 in the collection would be great.  Especially if you wanted to focus on rare watches that most collectors wouldn't have in there collections.

My K-460 project watch came to me courtesy of a friend and fellow Hamilton collector.  It arrived in well preserved state.  There are a couple of minor dings here and there from wrist wear but it looks in great condition for pushing 60 years old. 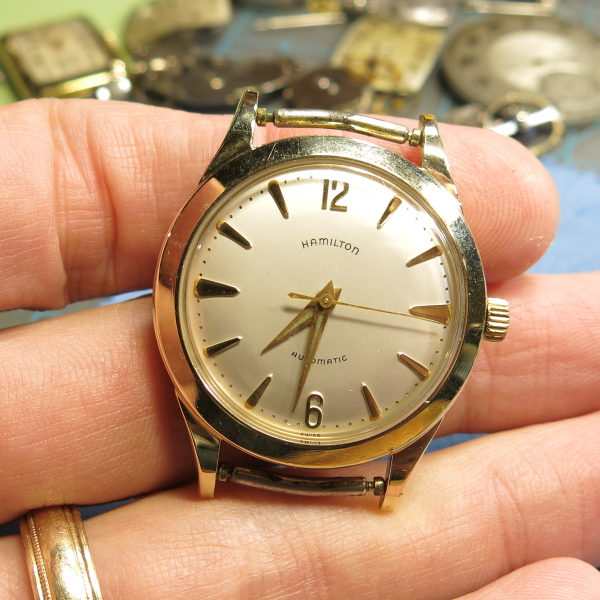 The back of the watch is stainless steel and clearly marked Hamilton.  The curved spring bars are the original design. 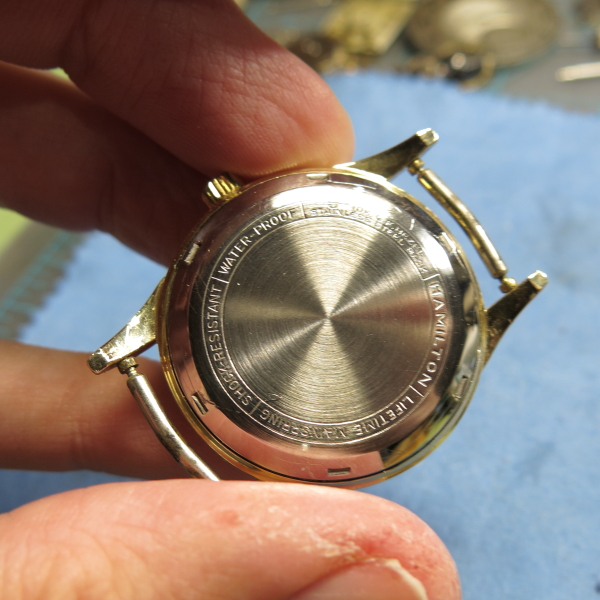 Tucked inside the case is a 17 jewel Hamilton 667 movement.  This caliber replaced the 661 that was used in the earlier Automatic K-series models. 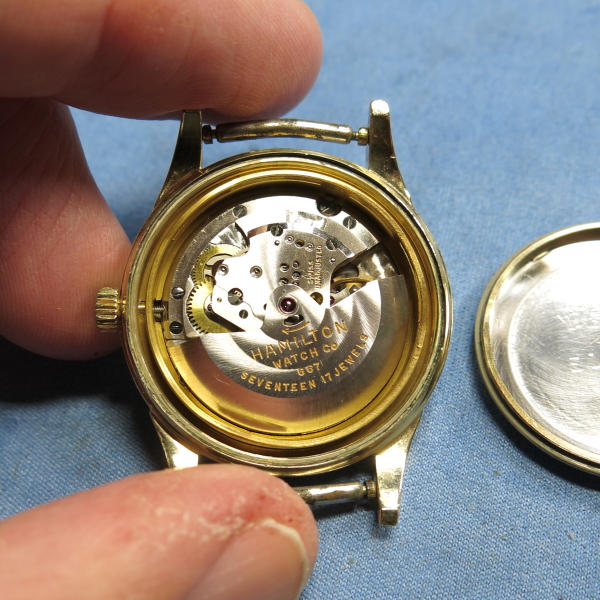 Everything is completely disassembled and ultrasonically cleaned before being reassembled with a variety of fresh lubricants. 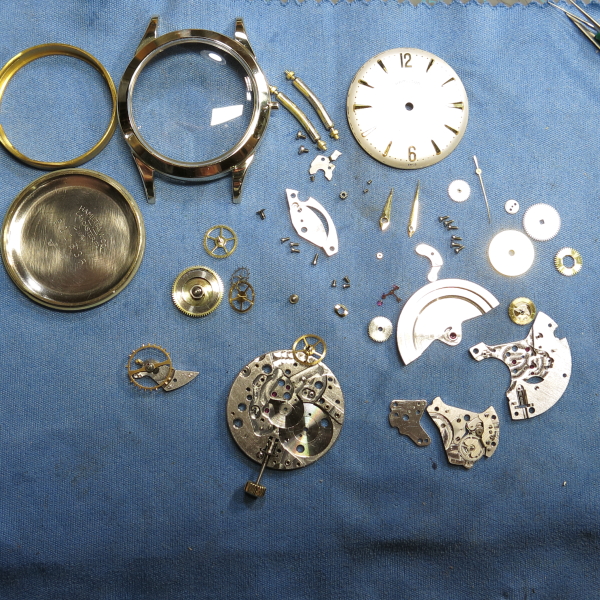 The partially reassembled movement is now ticking away with good motion.  Now it's time to see what the watch timer thinks of the ticking. 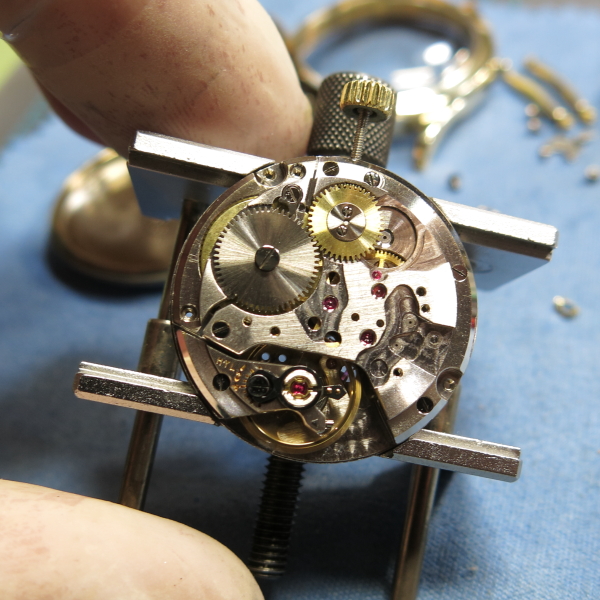 Not too shabby at all.  I might slow it down a smidgen but it will also settle down a little on it's own after a while. 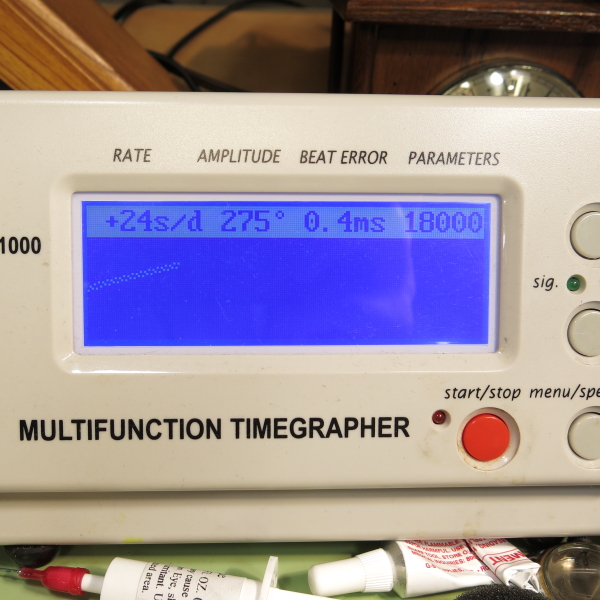 This watch came with it's original Kreisler bracelet and the original spring bars complete the assembly with a level of precision that surely must have been intentional.  Everything fits together perfectly.  This watch still shows just a tiny amount of wear but it's close to museum quality, in my opinion. 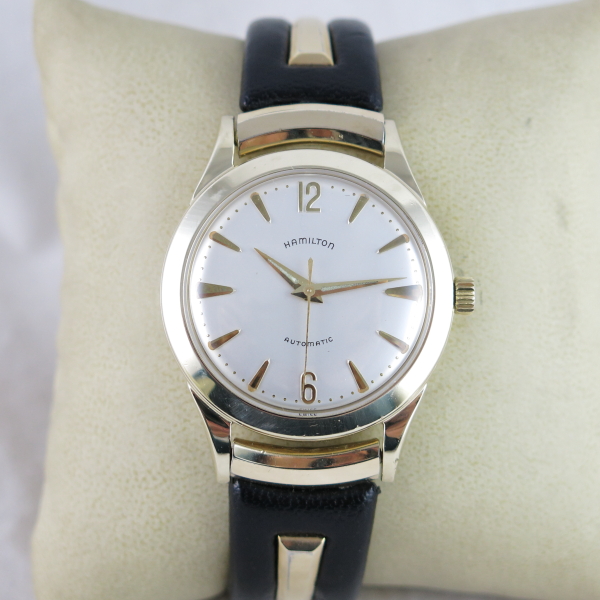