I think the most popular men's watches today are chronographs.  In fact, I've seen lots of men wear watches that look like chronographs but lack the functionality and just have the styling.

Chronographs are watches with a stopwatch complication.  So in addition to telling the time, it also has the ability to start, stop, and reset a separate stopwatch.  Sometimes the watch will record time up until 30 minutes and others will record upwards of 12 hours.

In addition to a stop watch, some Chronographs will include a separate scale called a Tachymeter.  This unique scale can be used to estimate the speed of something based on travel time or to measure the distance of something with a known speed.  The scale of the Tachymeter is based on 1/t, where t is the elapsed time.  A tachymeter essentially converts elapsed time (in seconds per unit) to speed (in units per hour), regardless of the unit of measure.

Hamilton made a number of Chronographs, albeit a small number, starting in 1968 with the Chronograph A & B.  They also made a dive watch in 1970 called the Chrono-Diver.  The first chronograph that Hamilton made was the Model 23 Navigators Watch used in WWII.

Automatic versions of chronographs were also produced called the Chronomatic with a letter A, B, C, etc. to denote differences in models, all the way up to E.

One oddity is the same nomenclature was true in Chronographs, starting with the A, but there is no C, D, E, or F and the only lettered Chronograph after B is the 1974 Chronograph G.  It was produced for three years.  However, there is a Chronograph 360 that looks a lot like the Chrono-Diver but without the rotating dive bezel.  So for the manual wind Chronographs you have the A, B, Chrono-Diver, 360 and the G.

When you look at the catalog description of the Chronograph G, it features a three-register black dial, the only model to have three registers. 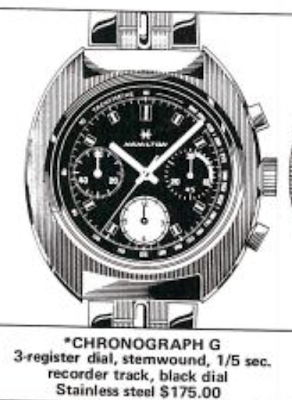 Inside the case you will find a 17 jewel Hamilton caliber 640, which is based on a Valjoux 7736.  You'll find this same caliber behind the dials of all sorts of watch brands.   Although the movement was commonly used, I have found the hardest part of maintaining a chronograph from this era is getting spare parts, especially the watch hands.

I would strongly warn any interested collector to tread carefully in the realm of chronographs.  They can be very costly to repair, and in some situations (like the Chrono-matics) they can be near-impossible to repair for anyone other than the rich and famous.

That said, a friend of mine recently sent me his Chronograph G in need of some TLC.  It's an interesting watch and although I don't have the experience to repair it, I did want to take it on and shot it on the blog.

This example also came with it's original bracelet.  The watch runs but the chronograph doesn't function correctly.  One thing to note right from the start is this watch dial has faded quite a bit.  The second hand, five minute indexes, and the hour register all should be bright orange.  Perhaps this watch spent a lot of time in the sunshine in the last 40+ years. 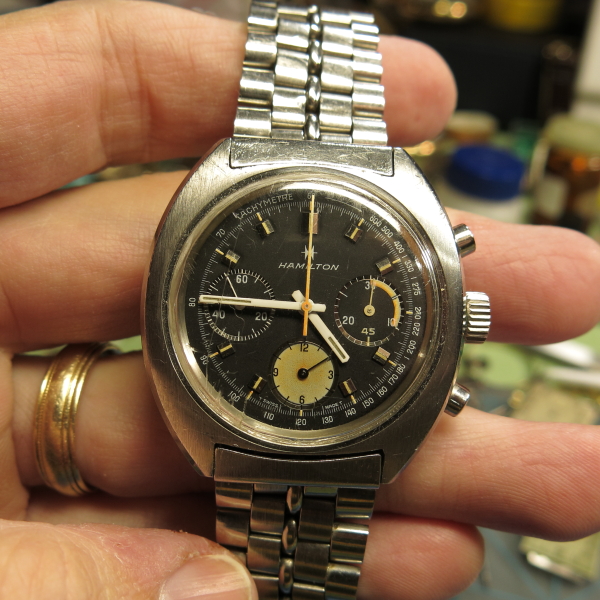 In the shot below you can see the case is a Biot scratched up and the crystal is deeply gouged along the top. 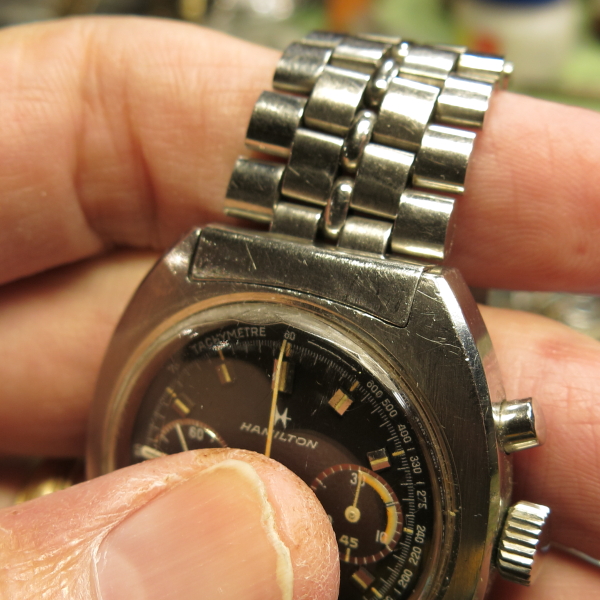 The crystal is also scratched up so a replacement is definitely in order. 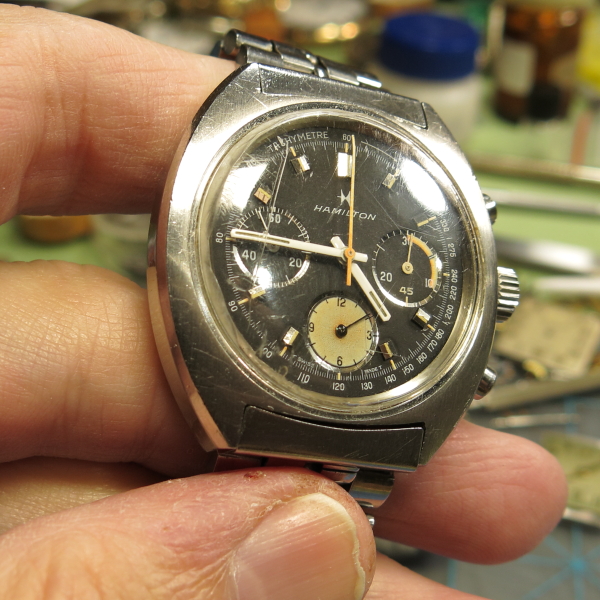 The bracelet looks good, but it can stand to be dressed to remove the scratches. 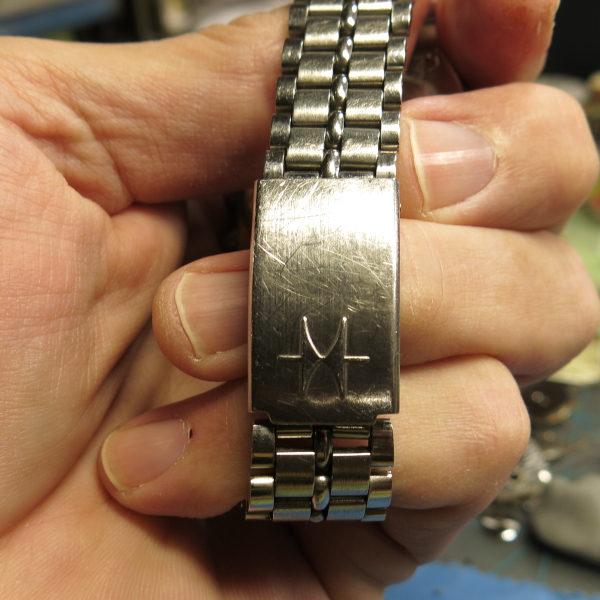 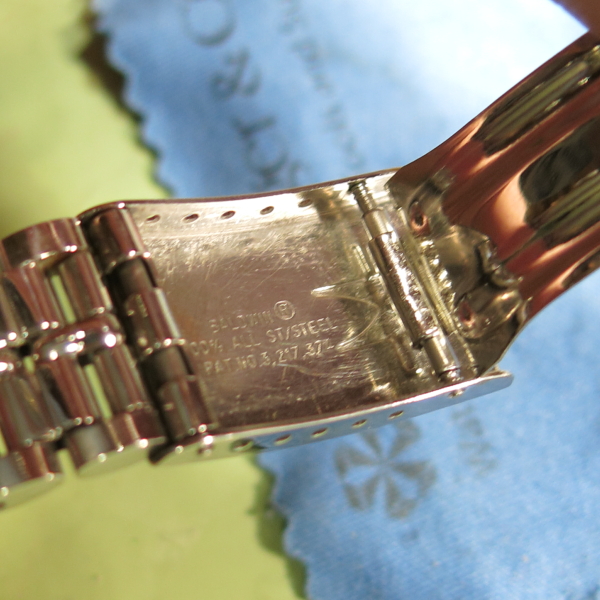 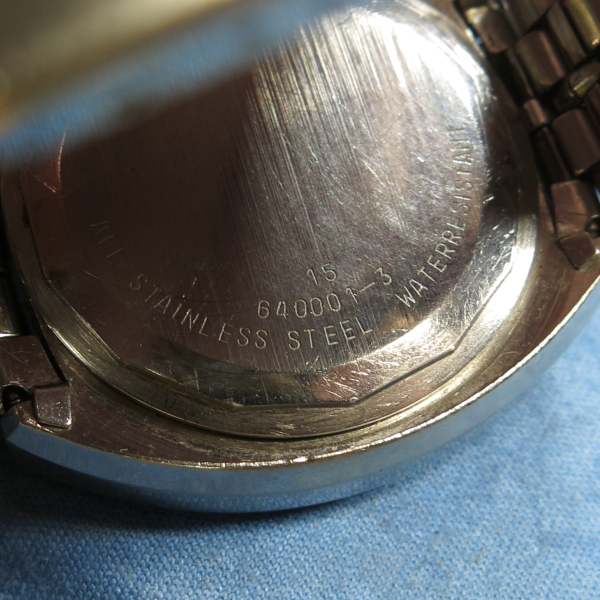 The 640 / Valjoux 7733 looks pretty complicated.  It basically has the parts for a stopwatch strapped onto the back of a manual winding watch. 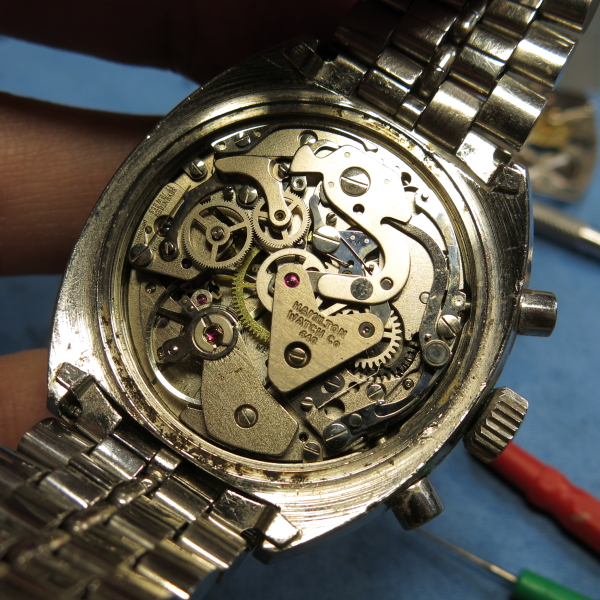 Well as I said, this watch is out of my league, at least for the time being, so I sent it to my good friend Raimond Irimescu, a 4th generation watchmaker, at www.paulswatchrepair.com.  Raimond is my go-to guy for missions impossible.  He's not always successful but he's almost always willing to give it a go.  If you want to send him a project or two, let him know HandyDan sent you.  He'll do a great job for you.

As you can see on the shot below, when the watch came back it was running excellently. 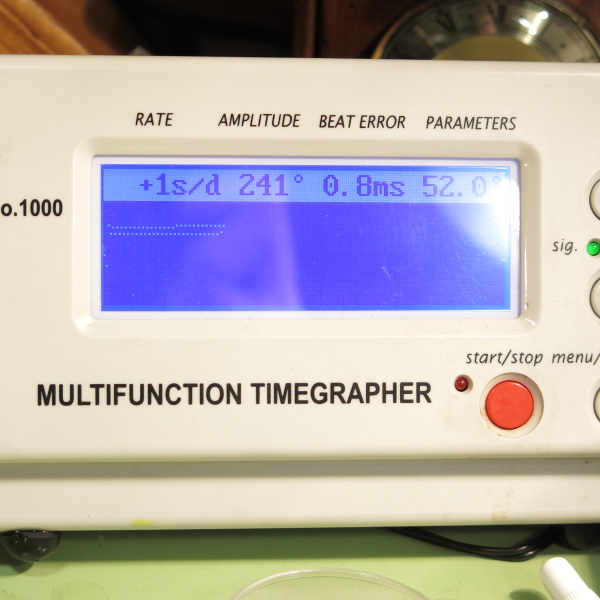 My finished watch looks fantastic.  If I had a complaint, it would only be that dial is less orange than it should be... but in the end, who cares?  This is an awesome watch. 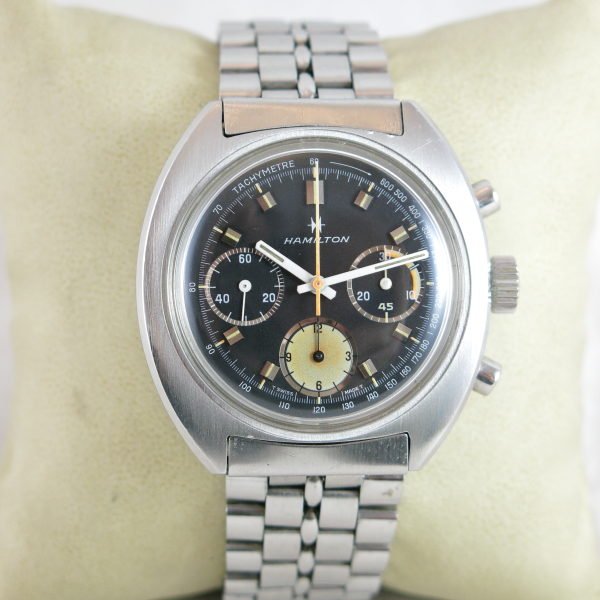 Even the bracelet looks much better now. 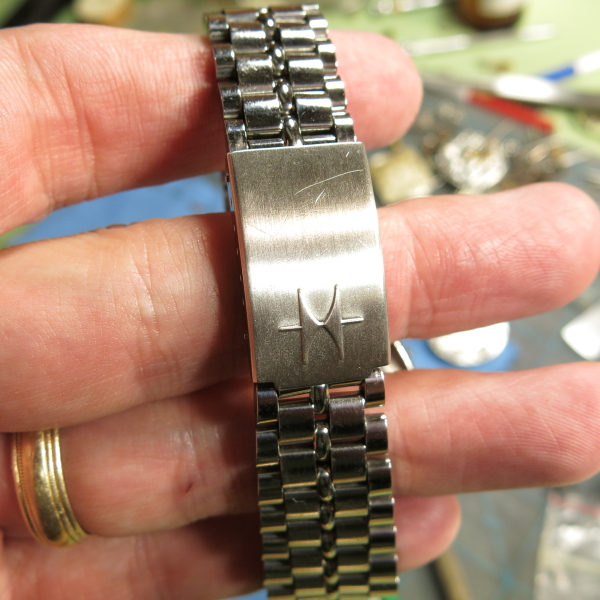 The case back looks super too.   It kinds of makes me wish this was my watch!  At least it will be mine for a little while - then I'll have to give it back. 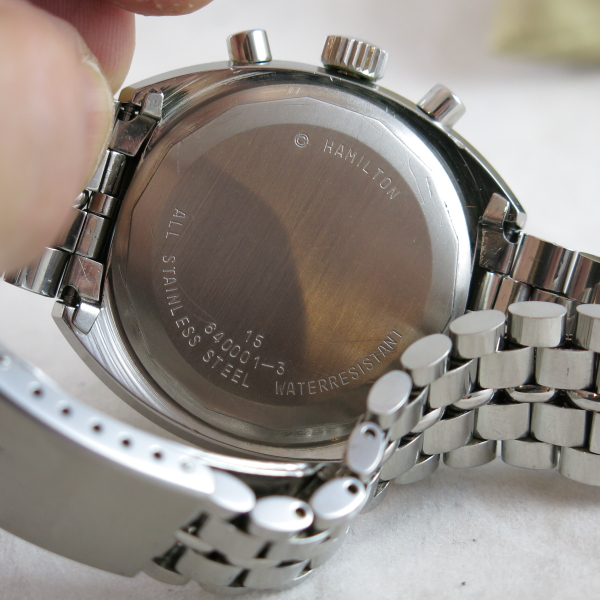